An interesting horror game with a crippling issue.

Did you play, or perhaps watch other people play, Alien: Isolation? For those unfamiliar, it is a first-person game where the protagonist sneaks around a sprawling (one might say too sprawling) space station while being hunted by the titular Xenomorph. Your pursuer can appear anywhere at any time, which makes getting from Point A to Point B an exercise in stress management. You can’t do much to avoid the Alien besides hiding, praying, and distracting it momentarily. I bring up Alien: Isolation because The Coma: Recut is essentially that game, but in a 2D, side-scrolling environment. This is a very cool concept and despite being somewhat cartoony, is surprisingly stressful. When it works, it’s great, but one little problem really mars the experience.

You play as high school underachiever Youngho as he nervously goes to class to take what appears to be the equivalent of the SATs. A recent suicide has the entire school on edge, and Youngho’s teacher, Ms. Song, wants to see him after the test to discuss his poor grades. Youngho sits down at his desk, pencil in hand and…falls asleep. When he wakes up, the school is seemingly abandoned and run down. The second Youngho steps outside his classroom, he is confronted by a demonic version of Ms. Song, brandishing a carving knife. Your only option is to run for the hills and find a place to hide. 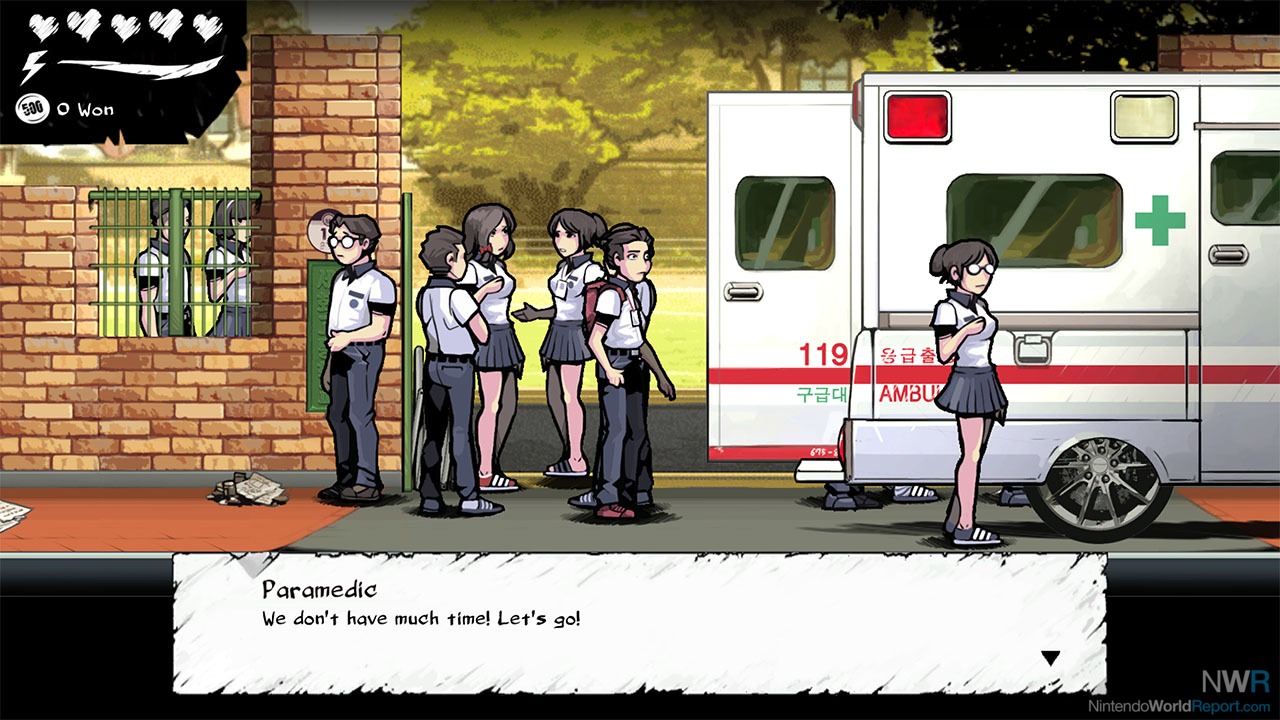 When Ms. Song shows up, the game briefly becomes an intense exercise in self-preservation, as Youngho can only sustain a few knife-gouges before dying. Some environmental obstacles cause a bleeding wound or poisoning. All three of these consequences (losing life, bleeding, being poisoned) have counteracting items that are found with some frequency. You don’t have many options while running for your life. The best bet is to hide in a closet or bathroom stall, but if it’s not sufficiently far from Ms. Song, expect to be found and relentlessly stabbed. A dodge maneuver also helps, but it was finicky to use. Thankfully, lots of audio and visual cues hint to Ms. Song’s presence and when she’s given up looking for you.

Most of the game is spent wandering the halls, classrooms, and offices of this unusually large school, casting your flashlight around in search of keys, money, and health items. Sometimes you’ll come across a fellow student who might give you a hint as to your next objective, or a note that will attempt to piece together a threadbare story. The real problem here is that the school is too big and too visually monotonous. I was getting lost not because the school is particularly maze-like, but because it’s hard to tell where you are when every room looks identical.

And here’s where the game’s biggest issue crops up. When you’re wandering around, all sorts of context-sensitive icons will pop up to let you know that Youngho can pick up an item, make an observation, talk to somebody, hide, unlock a door, etc. Youngho has to be directly centered on the icon to do the thing, but the icon appears prior to and shortly after Youngho is centered on it. So, in a benign example, you want to pick up a coin. The coin icon has appeared. You press A to no response. You move forward a little and press A again. Still no response. You back up a hair and NOW it works. 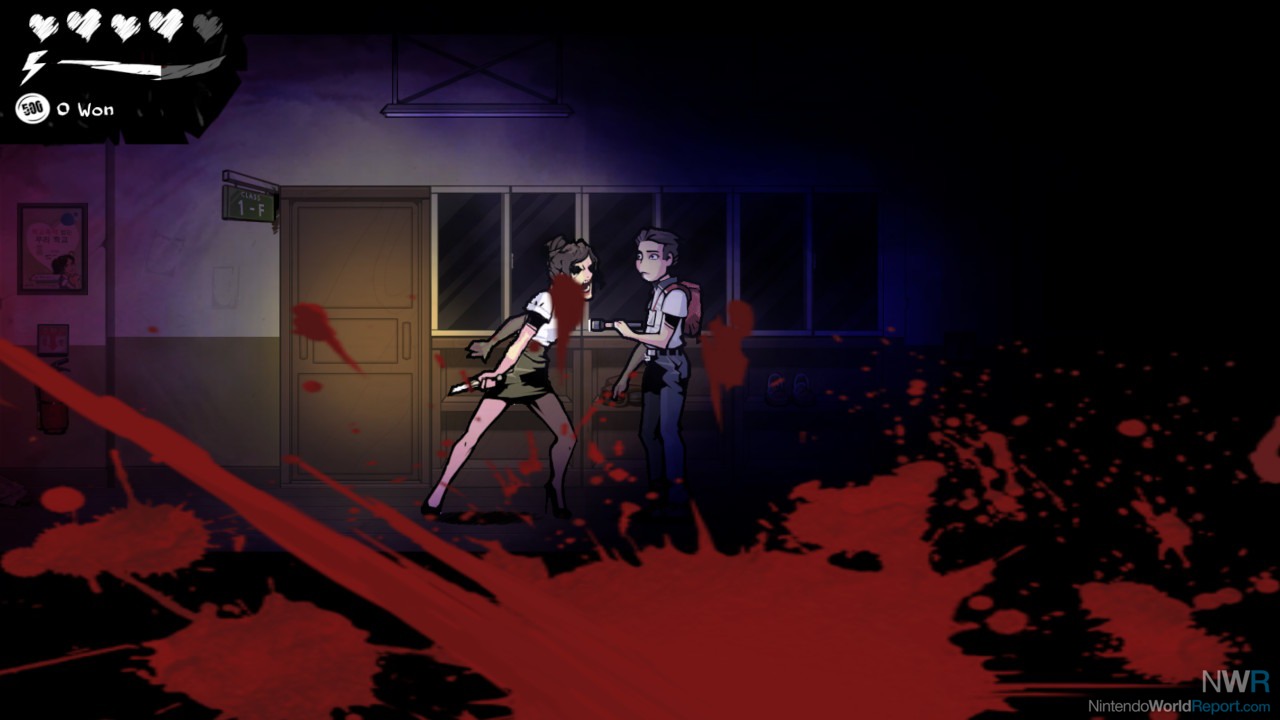 Perhaps you can see how this becomes a big problem while being chased by a demon with murderous intent. You want to go into that room to escape from Ms. Song, who is hot on your heels, but you’re not standing in exactly the right spot for the action to commence. Thus, nothing happens, but now Ms. Song is carving through your kidneys. This gets old extremely quickly. Because of this, death comes more often than might otherwise be the case, and while Ms. Song could (in theory) be anywhere at any time, her appearances do tend to line up with finding keys or learning you have to go to some specific room. Just as the Alien in Isolation was kept on something of a virtual tether to the main character, Ms. Song is never all that far from Youngho.

The Coma: Uncut is a good game with some jump scares and a creepy atmosphere, and I like it overall, but having to be exactly centered over any given icon to activate the action really puts a damper on the experience.