Fun while it lasts, this action platformer plays largely by the numbers.

Published by The Arcade Crew, who also put out titles such as Kunai and Infernax, Vengeful Guardian: Moonrider is an action platformer in the vein of Ninja Gaiden and Mega Man, with ample references to both classic games. While the cyborg-looking Ninja that you control, Moonrider, moves and strikes in a smooth fashion, the eight levels you'll battle through offer little variety, and there really isn't anything here you haven't seen before.

Before hopping into the main story, I'd say it's worth completing the brief tutorial to familiar yourself with Moonrider's kit. You have a basic sword slash that can form a three-strike combo, a special move attached to an MP meter, and the ability to jump off of walls to navigate vertical spaces. In nearly every stage you can find power modules that can be equipped to Moonrider to add perks and buffs, such as stronger armor, automatic MP regen, and health restoration from defeating enemies. Most of these modules are carefully hidden, often within secret passages, so it pays to be thorough in your exploration of each stage. 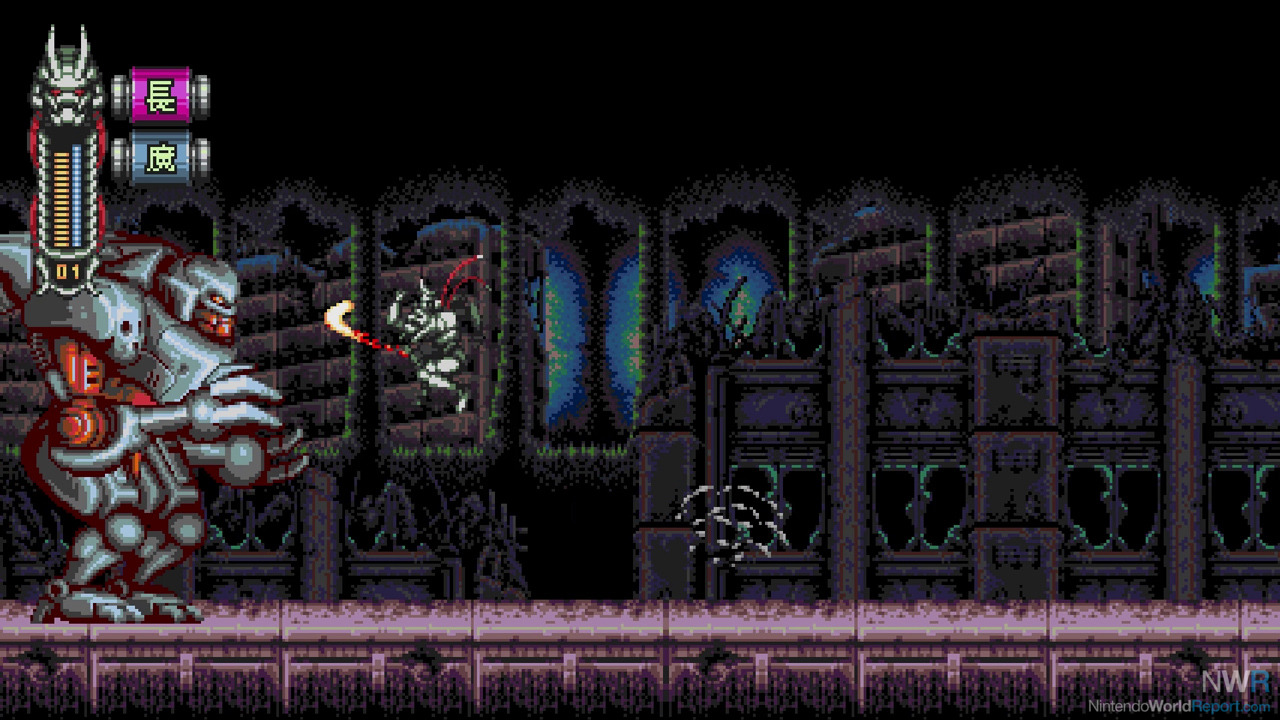 The eight total levels are divided into different areas and end with a boss battle against foes designed much like Moonrider. As a result, defeating these figures rewards you with a new special move that can be selected from a wheel menu; as you might expect, some of these abilities are particularly effective against certain bosses in other stages. A variety of mini-bosses pop up throughout the game as well, but the basic enemy variety is definitely lacking. The levels themselves, outside of a few underwater areas and some motorbike segments, are a really similar aesthetic, making it hard to distinguish between them. Fortunately, you do have a choice of stages after the first one that opens the game and can return to each to improve your score, time, ranking and find any hidden power modules.

In terms of visuals and its soundtrack, Vengeful Guardian absolutely looks and sounds like a Sega Genesis or SNES title, and for better or worse, it even retains a little bit of jank, too. What hurts the aesthetic is how nearly every level appears dark and gritty, with lots of blacks, greys, and browns featuring prominently on screen. After a while, each section just kind of blends together, and it’s just not easy to differentiate one part of a level from another. The pumping music coursing through each stage certainly helps to alleviate some of the monotony, though. 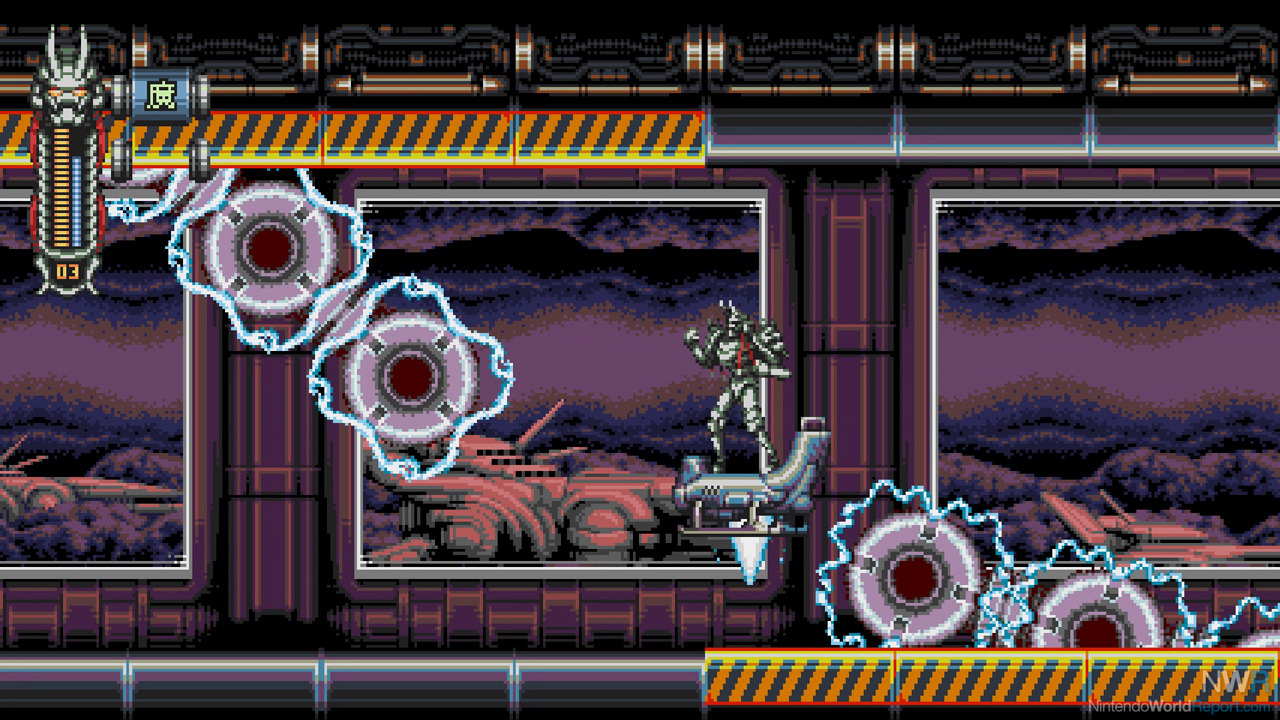 Focusing on the minute-to-minute gameplay, guiding Moonrider through corridors, up elevator shafts, and across platforms is mostly satisfying. Slicing and dicing enemies or using the different beams and projectiles acquired from the bosses works well and will feel familiar to anyone who’s played games like this before–Contra 3, Mega Man X, and Shinobi III all come to mind. Having initially skipped the tutorial, I thought the only way to sprint was to double tap forward; it’s much easier, however, to simply press the ZR button, so here’s hoping others can avoid some of the platforming headaches I encountered by rushing headlong into the game.

While there’s certainly nothing really off putting about Vengeful Guardian: Moonrider, it ultimately feels pretty derivative. It does an admirable job of conjuring up feelings and impressions of the 16-bit era, but it fails to push the envelope in any meaningful way. There’s no doubt that it’s a decent way to spend a couple hours as far as action-platformers go, and fans of the genre–particularly the retro-focused kind–will get a kick out of something so clearly paying homage. For my money, though, I’d have liked to see a few twists and a bit more risk taking with such a well-worn type of video game. Falling short of being a full Moonrider, Vengeful Guardian does enough to make rolling credits worthwhile, if not much else.