Definitely bigger, but not necessarily better.

Ultra Kaiju Monster Rancher is somewhere in the middle between spinoff and sequel, but it is absolutely Monster Rancher. Anyone who has ever played a mainline entry, such as the recent Monster Rancher 1 & 2 DX that came to Switch, will feel very much at home here. In addition to new ways of acquiring creatures to raise on your farm, returning characters make an appearance and a few other changes add some welcome flavor. But make no mistake: throwing kaiju into the mix won't be enough to bring in those who've never enjoyed Monster Rancher gameplay.

On the Island of Istur, in the same world as Monster Rancher, you play the role of monster trainer and breeder, except now with kaiju. After meeting your handler Holly and getting your breeder's license, you head out into town to pick up your first kaiju. Holly and other characters, like Colt, will be known to those with Monster Rancher experience, as will many of the gameplay trappings. The Altar where you acquire your first kaiju is also the place where you can generate new ones through the use of codes, keywords, and what is called Memory Board. The Memory Board system uses NFC and would pair perfectly with amiibo, but for some bizarre reason Nintendo’s own figure line don’t work with the game–the Help menu goes so far as to specifically indicate that amiibo can’t be used. One neat feature at the Altar is that you can regenerate any kaiju you’ve owned previously, but ultimately I found the way music tracks were used in Monster Rancher 1 & 2 DX a bit more interesting. 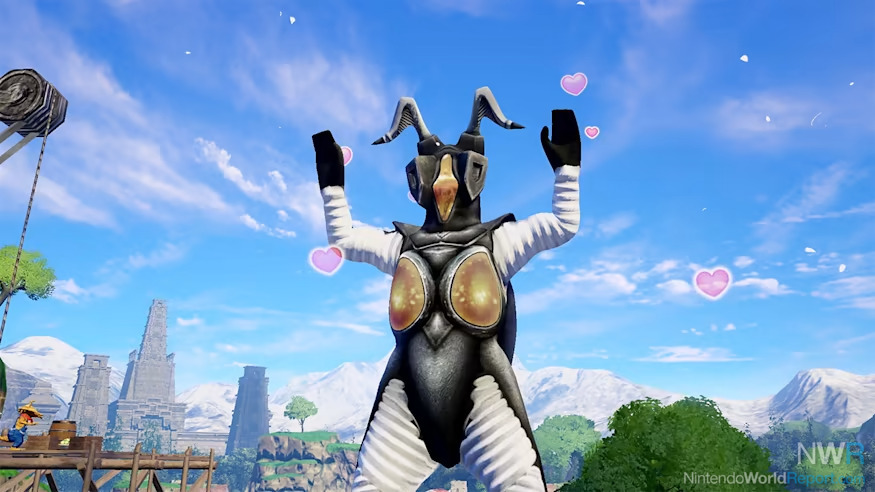 Also within the city area, you can combine kaiju at the Research Center or bake cookies at the Inheritance Cookie Shop. The latter location is where you can create cookie items to bestow small stat bumps and special traits, with kaiju gaining an extra trait slot on their first and second birthdays for a total of three. Who doesn’t love birthday cookies? You can (but likely won’t be able to) use Memory Boards here as well, and you can store up to 30 cookies to feed to the different kaiju that you raise.

Back on the ranch, you can dedicate the weeks and months to having your kaiju participate in Drills, Errantries, Tournaments, and Adventures. Drills are the typical method for increasing a kaiju’s stats like skill, speed, and power, but there are a couple neat changes here. Each region where you train has a Territory meter that fills up and can award stat bonuses when maxed out. Enemy kaiju will also attempt to take over the training areas, and defeating them will protect your Territory meter and also award stat bumps. With the month-long Errantries, you need to meet and defeat specific kaiju trainers in scheduled arena battles before they’ll offer their services, with each trainer specializing in a particular move type or stat. As usual, you have a chance to earn a new move at the end of most Errantries, and with the game autosaving at the beginning of every week, you can always reload if the results aren’t to your liking. 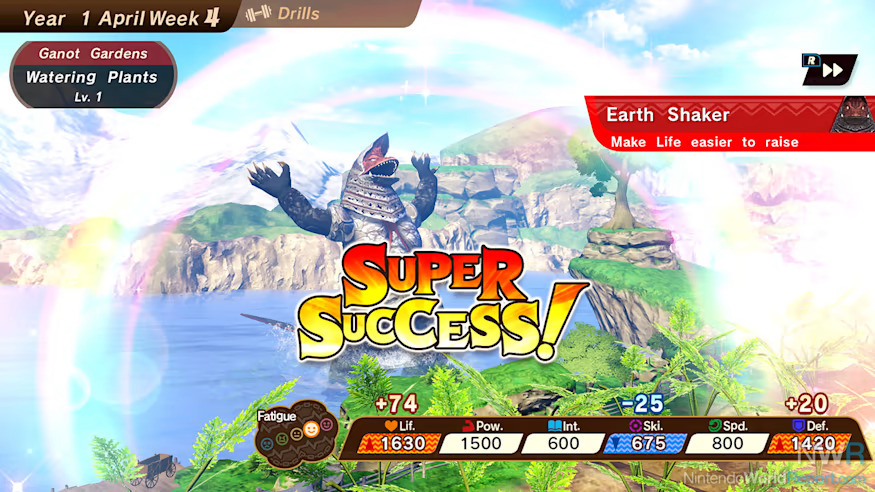 In addition to weeks where you’ll want to rest and restore your kaiju’s fatigue meter, there are Adventures (this game’s “Expeditions”) that crop up a few times a year during specific months. Participating in one takes up an entire month, and the perspective shifts to a plodding, dungeon-crawling-esque mini-game. Here, you have a stamina meter that drops with every movement or action, and so you need to explore a small segment of the maze and return to base camp with any loot you’ve acquired. My major issue with the return of this feature is that the movement is incredibly slow, and because your stamina ticks down so quickly, you have little time to do much of anything before being forced to end the Adventure, lest you want your kaiju’s lifespan to decrease and its found loot forfeited.

Also on the ranch screen, you’ll regularly receive letters, with about half being advertisements for sales at the local shop, so not too much to get excited about. A second character, Kanezo, who has the appearance of a Kanego (another kaiju), offers their own thoughts and insights throughout your time on the ranch screen, but they feel more like comedic relief than adding anything meaningful. It’s fun to see your massive kaiju stomp around the farm, and the UI remains familiar and easy to read and navigate. One addition to the bottom of the screen is an anger meter; the more angry your kaiju, the higher their guts (which powers their attacks in combat) and the more damage they deal. On the negative side, anger can also lead to kaiju being confused during battles or refusing to rest or complete their drills. It’s neat to have another aspect of their wellbeing to consider, especially one that can have such a noticeable impact on their performance. 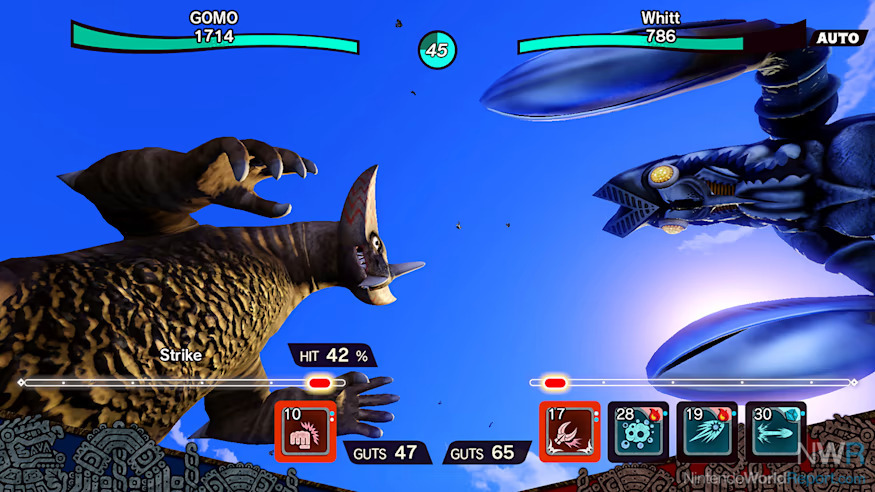 Combat in the arena takes the form of one-on-one bouts in round-robin, single elimination, and even best-of-five type contests. The prize money earned from fighting is exorbitant, and after only a few hours I had more money than I knew what to do with (at least playing the game fairly casually). The AI opponents are generally quite dumb, and they’ll seldom attack at all, even in the higher rankings. More enjoyable, to my mind, is trying to acquire all of the 218 kaiju to fill up the game’s Kaiju Guide, but however you choose to play it, Ultra Kaiju Monster Rancher does just feel like more of the same.

In spite of the numerous small tweaks to the Monster Rancher formula, it’s difficult to see this Ultra Kaiju entry as a breakthrough for the series. The inclusion of NFC technology is hobbled by the lack of amiibo support, and the Adventures continue to feel like a relic from the beginning of 3D gaming in the ‘90s. That said, seeing familiar kaiju–Gomora, Bemstar, and Sevinger (which was the first kaiju I raised)–and even Ultraman himself will definitely hit home for a certain audience. After playing around with the remastered first two Monster Rancher games, there wasn’t enough in this release to keep my attention, but its updated graphics and presentation could make it a decent place for newcomers to the franchise. Here’s hoping that the next time we see Monster Rancher on a Nintendo platform, it takes some kaiju-sized risks in order to offer a fresher experience overall.