The Legend of Heroes: Trails from Zero (Switch) Review

An odd release schedule for Switch muddies what is otherwise a solid JRPG experience.

It's hard to complain about excellent RPGs being localized and released on different platforms. After the Switch recently received Trails of Cold Steel 3 and 4, the next Nihon Falcom title in the Legend of Heroes franchise to come to Nintendo’s hybrid device is Trails from Zero. What's unfortunate is that because we aren't getting these games in their Japanese release order, it's becoming more difficult to ignore that first completing the Trails in the Sky trilogy, which originally came out earlier, would make the first Crossbell experience much richer and more fleshed out. Nonetheless, the combat, writing, and sheer amount of content still put Trails from Zero comfortably in the top half of the JRPG genre.

Trails from Zero follows protagonist Lloyd Bannings and the Special Support Section (SSS), a branch of the Crossbell police, as they unravel the mysteries of rival gangs, illicit activities, and ultimately a nefarious plot that seeks to collapse the entire region. Joining Lloyd are Randy, Tio, and Elie, each with their own interesting backgrounds, and over the course of the game's 40-plus hours, the group end up becoming inseparable. Randy’s raunchy, Casanova-esque personality is a particular standout of the cast. On a few occasions you do have other characters join your squad for support, but generally it's the same foursome for most of the adventure. Having completed the four Trails of Cold Steel games before this one, I did find the lack of more playable party members a bit of a downer, even if the SSS team up works well in terms of the plot and each member’s own characterization.

Most of the game takes place in Crossbell City, with Lloyd and co. accepting job requests in each chapter ahead of completing a primary objective to advance the story. There are dozens of side quests to work through, which reward in terms of story beats, quirky moments, and mira (the local currency). Completed requests also provide Detective Points, and these contribute to your overall Detective Rank. As you level up your rank, you are awarded with a variety of items, like accessories to equip or gems called Quartz to slot onto each character to provide stat buffs and unlock different Arts (spells) for use in combat. Those wanting to reach Rank 1 may want to consult a guide given that hidden side quests and even specific dialogue choices can yield the extra points needed to get there. 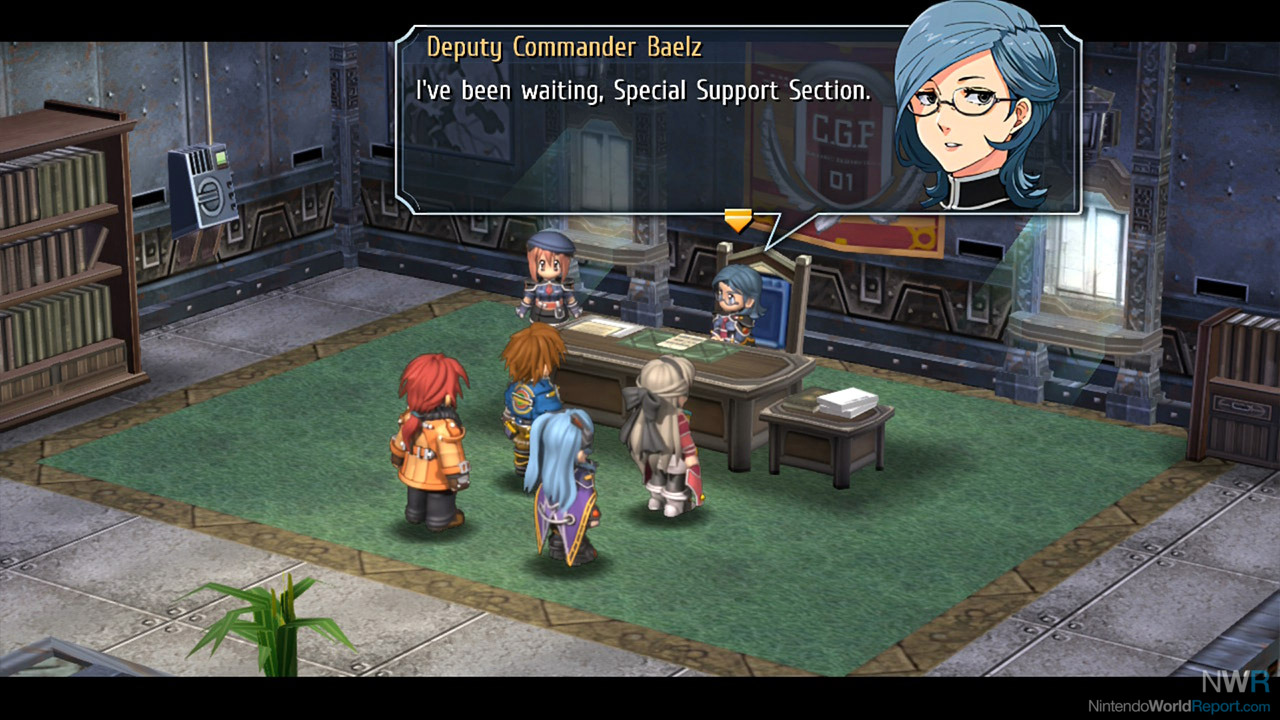 Compared to the Cold Steel games, which took you all over the Erebonia Empire, Trails from Zero being set in and around Crossbell does make it feel much smaller in scope. Fortunately, this more condensed setting works well in tandem with the SSS playing the role of detectives. While the City itself can grow a little stale, spending more time with its inhabitants and forming closer relationships with people you encounter across multiple chapters lends the story a degree of charm and intimacy. At times, you're almost just waiting for characters like plucky journalist Grace or Bracer extraordinaire Arios to show up.

The turn-based combat of the Trails in the Sky titles returns here, with many offensive and support Arts having an area of effect radius to try and maximize their effectiveness. Craft Points (CP) are also part of combat, and build up as you make successful attacks and take damage. CP can be stored up to unleash powerful S-crafts that often hit nearly every enemy on the battlefield for massive damage. You can even interrupt the indicated turn order by activating an S-craft outside of a character's normal turn. It's worth mentioning that the battles are a little less complicated in Trails from Zero compared to Cold Steel 3 and 4, so be prepared for that step down if those are the only other Legend of Heroes titles you've played. 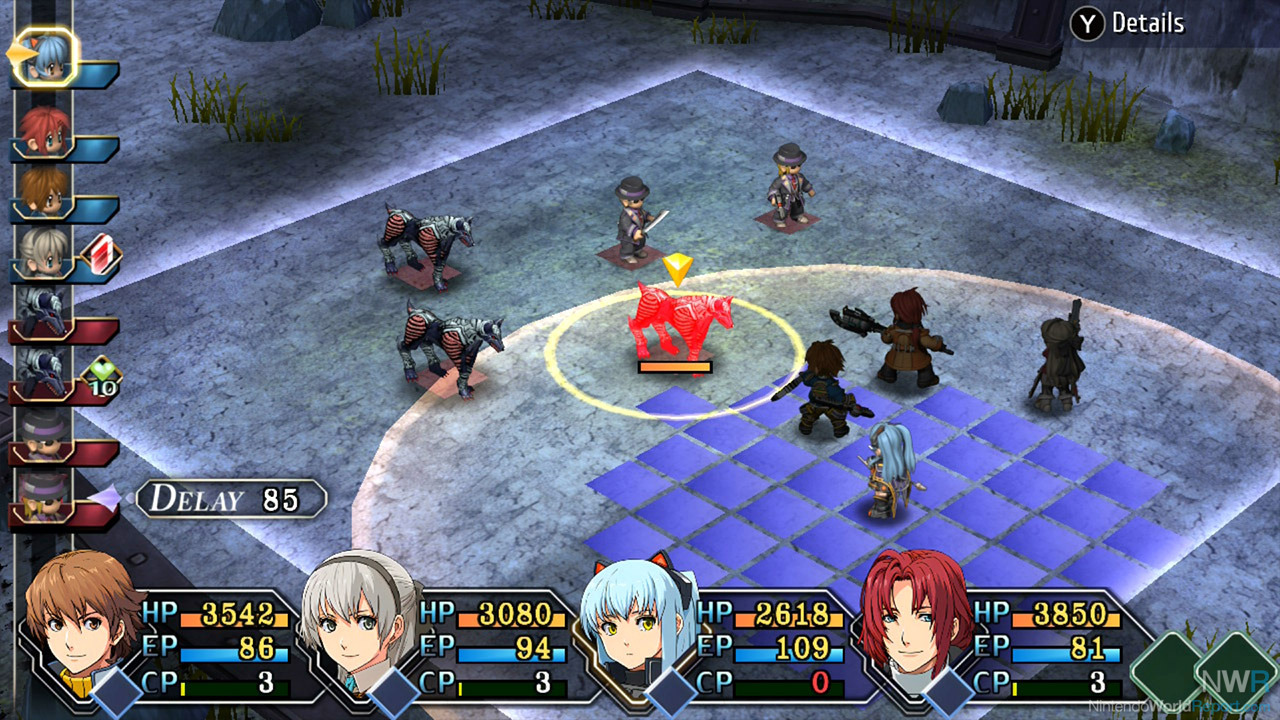 Some nice quality of life features are included in this release of Trails from Zero, including a customizable speed-up option that can be toggled on and off with the press of a button. Such a feature is welcome in any RPG, but especially so in one that takes dozens of hours to finish. You can adjust how fast the speed-up actually is both inside combat and out. Fast travel within Crossbell City is another helpful feature. What misses for me is the lack of English voices, an omission that's especially glaring after having them in the two Cold Steel games on Switch. Obviously, such a lengthy script would require a similarly sizable investment in an English dub, but it's unfortunate to not see one here.

In addition to cooking and fishing, in-game achievements provide another incentive for being thorough and trying to collect and do everything Trails from Zero offers. That said, I did miss the regular bonding events of the Cold Steel games, and it was tough not to feel an overall lack of variety compared to the games that were developed after the two Crossbell entries. This is why I mentioned earlier that it would be a lot easier to appreciate Trails from Zero had Switch owners the opportunity to play it after the three Trails in the Sky games, which follow the adventures of Joshua and Estelle Bright, two characters who end up figuring fairly prominently here. The scope and combat changes of the later Cold Steel games also mean that Trails from Zero feels like a step back in comparison. If it sounds a bit confusing and a lot messy, that's because it is. 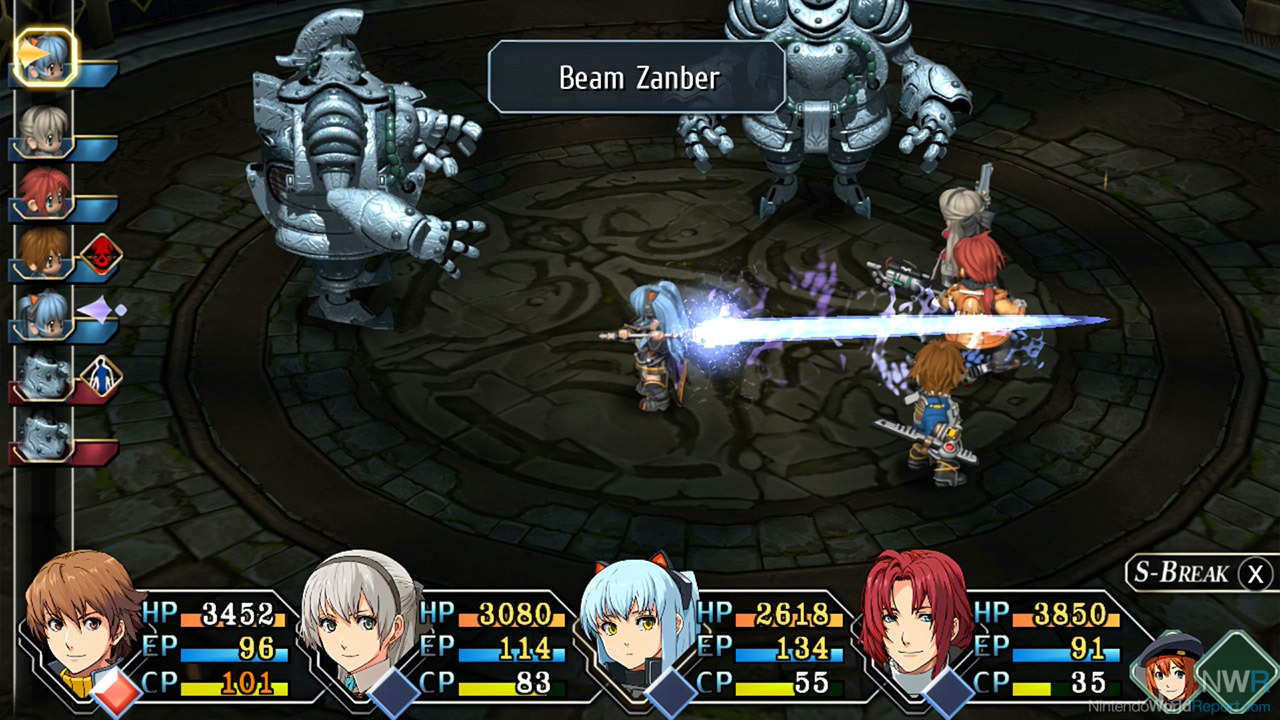 Ultimately, your experience with Legend of Heroes games will likely shape your enjoyment of Trails from Zero. While the background of the Trails in the Sky trilogy will help to explain certain events and moments, these three games simply aren't available on modern consoles; you'd probably need to play them on Steam. If you played Cold Steel 3 and 4, which came to Switch in 2020 and 2021, respectively, you may find that the more insulated first Crossbell game plays it a little too safe. Fortunately, Lloyd and the rest of the SSS make for likable characters that you can't help but root for. The dialogue-heavy second half of the game can drag a little bit, but the cumulative experience is still a positive one that I would recommend to RPG fans. With Trails to Azure coming in 2023, the stable of Falcom titles on Switch continues to grow, and there's Zero reason to be unhappy about that.