An enjoyable, slower-paced metroidvania with an impressive aesthetic.

Lost Ruins’ generic title belies a gorgeous pixel-art aesthetic and wonderful attention to detail. This metroidvania will be familiar to those who have played other DANGEN-published games like those in the Momodora series, which blend platforming, action, exploration, and a light narrative to create a satisfying experience. Where Lost Ruins differs from its contemporaries is its more methodical approach to movement and survival. Rather than hacking and slashing away at anything that moves, you’re taught to be more aware of your surroundings and regularly switch up your gear to excel in different situations. It’s a refreshing change of pace that kept my attention for all of its 4-5 hour journey.

Without any preamble, our Heroine falls into a sewer-like area with no memory of who she is or where she came from. The initial screens serve as a light tutorial that introduces you to the basics of jumping, attacking, and collecting equipment and items. Scrounging for pick ups is a major part of the experience given that you very rarely upgrade your health and magic meters; the world of Lost Ruins is a dangerous one, with bleed, fire, and poison effects capable of putting you (or your enemies) down in a hurry. Swords, daggers, bows, and hammers can be equipped in your two weapon slots, while fireballs, lightning, and magic arrows can be thrown into your two magic slots. From the outset, you have a single accessory/armor slot, which will expand as you progress, and pieces such as the Amulet of Life that constantly restores your health end up being quite a boon among all the monsters and traps hellbent on your demise. 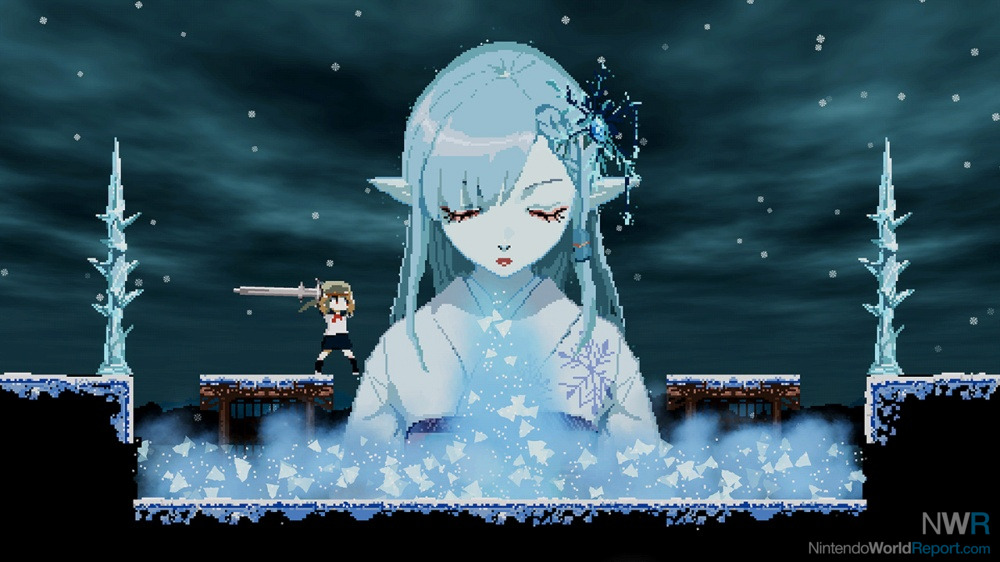 As you make your way through the detailed and sprawling map, points of interest are filled in and save and autosave points appear at a fair pace. Fast-travel portals almost always accompany the computer terminals where you can save at will, but Lost Ruins rarely forces you to do any major backtracking. If you want to complete all of the sidequests offered by characters you meet or fill in 100 percent of the map, you can use the portals to warp around at your leisure; however, I was happy to see that the game is mostly linear if you want it to be.

For most of its runtime, Lost Ruins pushes you through an interconnected labyrinth filled with bats, slimes, orcs, demons, zombies, and other creatures. Sticking to a single weapon or strategy can be perilous because the attack patterns of your foes and the various room layouts make a compelling argument for mixing it up with magic, elemental staves, and ranged and melee weapons. Elements of the environment can be used to your advantage or turned against you in an instant, with oil-soaked floors, for example, able to be set ablaze and deal constant damage to anyone caught on them. Water-logged floors can be blasted with lightning to electrocute any helpless swimmers. Fireball-blasting statues and cannons can be fantastic allies or another deadly reminder to be aware of one’s surroundings. 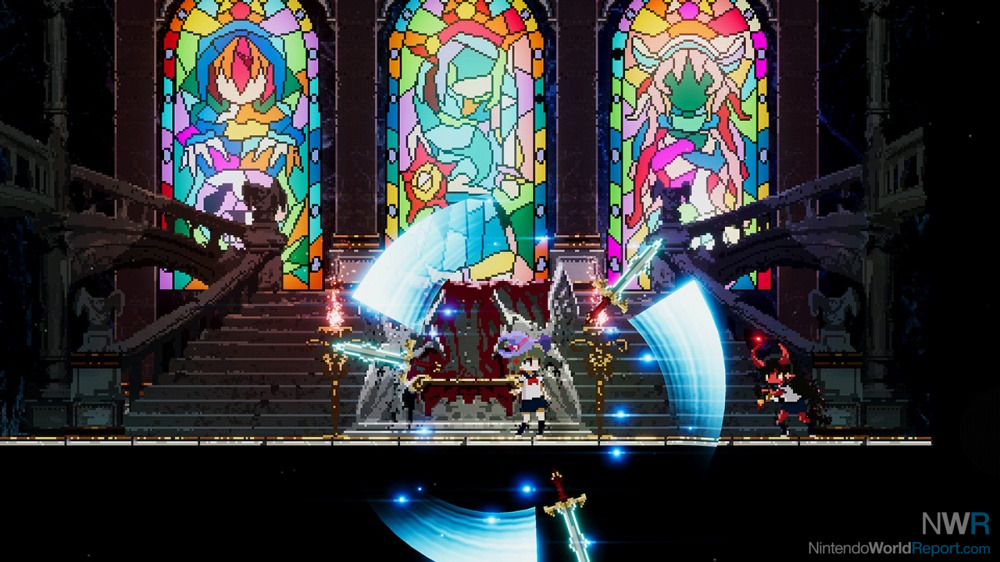 While the handful of sidequests on offer don’t often require too much extra effort on the part of the Heroine, the rewards they yield include both unlockable gallery images that can be viewed from the main menu, as well as unique weapons and helpful single-use items. It’s fortunate that there’s no limited inventory in Lost Ruins because by the end of this relatively short game I’d acquired dozens of weapons, consumables, accessories, and magic spells. Grabbing a block of cheese or an apple from a fallen foe might not seem like much, but having half a dozen hams, colas, and other such food products sure does come in handy during the multi-stage boss fights that conclude each dungeon section. Much like in a soulsborne game where constant death is a sometimes-frustrating learning experience, patience and planning are well rewarded in Lost Ruins. And hey, you can even pause the game, stack a bunch of buffs and restoratives, and proceed to give ‘em hell (with ‘em’ usually being some giant witch lady).

Multiple endings, gallery portraits, and unlockable game modes add substantial replay value to Lost Ruins. With my first playthrough only exposing me to about three-quarters of the map, I’m happy to keep the game on my digital shelf for another go-around in the near future. What makes this proposition all the more enticing is a game mode that opens up after you finish the story and puts you at the same beginning areas of the map but now in the shoes of three antagonists. Having fought them as the Heroine and now being able to swap between them on the fly offers a unique take on what now seems familiar; needing to master three new sets of abilities makes for a very fresh second playthrough of the game. 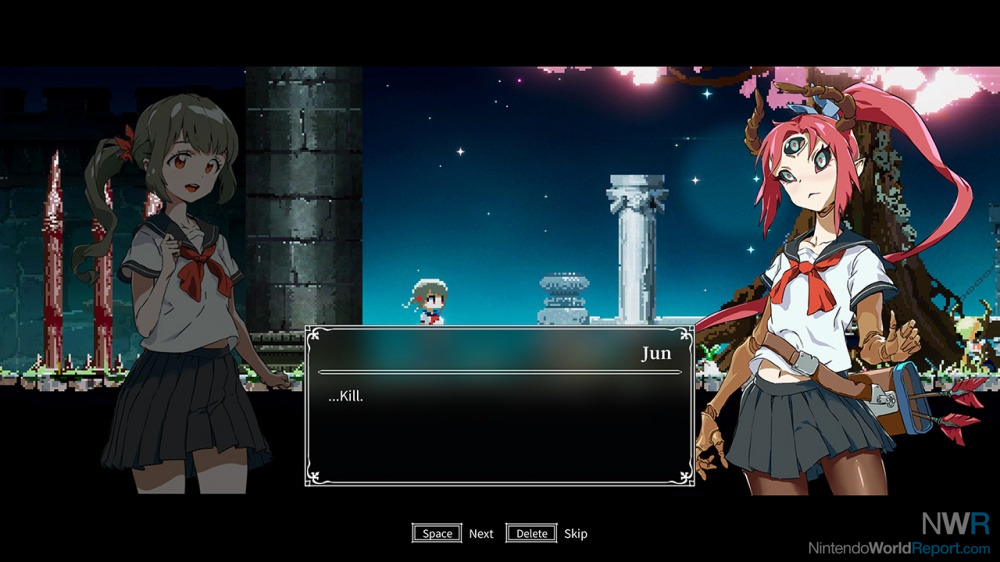 As a sucker for pixel-art titles, Lost Ruins grabbed me right away, but the visual effects, including some incredible use of light and lighting, and the brisk pacing kept me invested in the Heroine’s journey from start to finish. There are some unique sidequests that had me questioning my decisions as I made my way from the sewers, to the catacombs, and the castle gardens, and even all my prior preparation didn’t stop the final area of the game from being a stout challenge. Lost Ruins’ focus on being careful and adaptable rather than headstrong and immutable makes it a soft but welcome departure from other metroidvanias. With a story and map that don’t force you to backtrack either, you can explore as much or as little as you want. For my money, I was glad to have picked up everything that wasn’t tied down, and I can easily recommend you do the same with Lost Ruins on Switch.