100 floors of being caught between a dreadrock and a hard place.

The Switch’s portability and touchscreen have made it into a perfect platform for mobile games wanting to make the jump to the console space. One such example of this is Dungeons of Dreadrock, an action-adventure game with a heavy emphasis on puzzle solving. Throughout its 100 floors, you’ll slay zombies, throw rocks to activate switches, and jump into teleportation portals, while also being treated to brief cutscenes every so often. Even though the premise is a safe but simple one, the gradual ramp up in challenge makes for a fairly compelling experience.

The game opens on a fireside scene where a brother and sister are discussing the brother’s impending journey into the titular Dungeons of Dreadrock. The idea is that he’s to make the journey alone, but we learn that no one who has entered has ever returned, and so the sister goes against convention by following her sibling into the labyrinth. During your descent, you’ll come across fire pits where you can kindle a fire and cozy up for a nap, and in your dreams you’ll get a glimpse of your brother, the floors ahead, and the plight he faces. There’s also some narrated flavor text attached to checking particular objects on each floor and sometimes delivered as you enter a new floor. The overall story does a decent job of pushing you to see the sister’s mission to completion, but it would have been nice to see more unique object descriptions as you delved further into the depths of the dungeons. 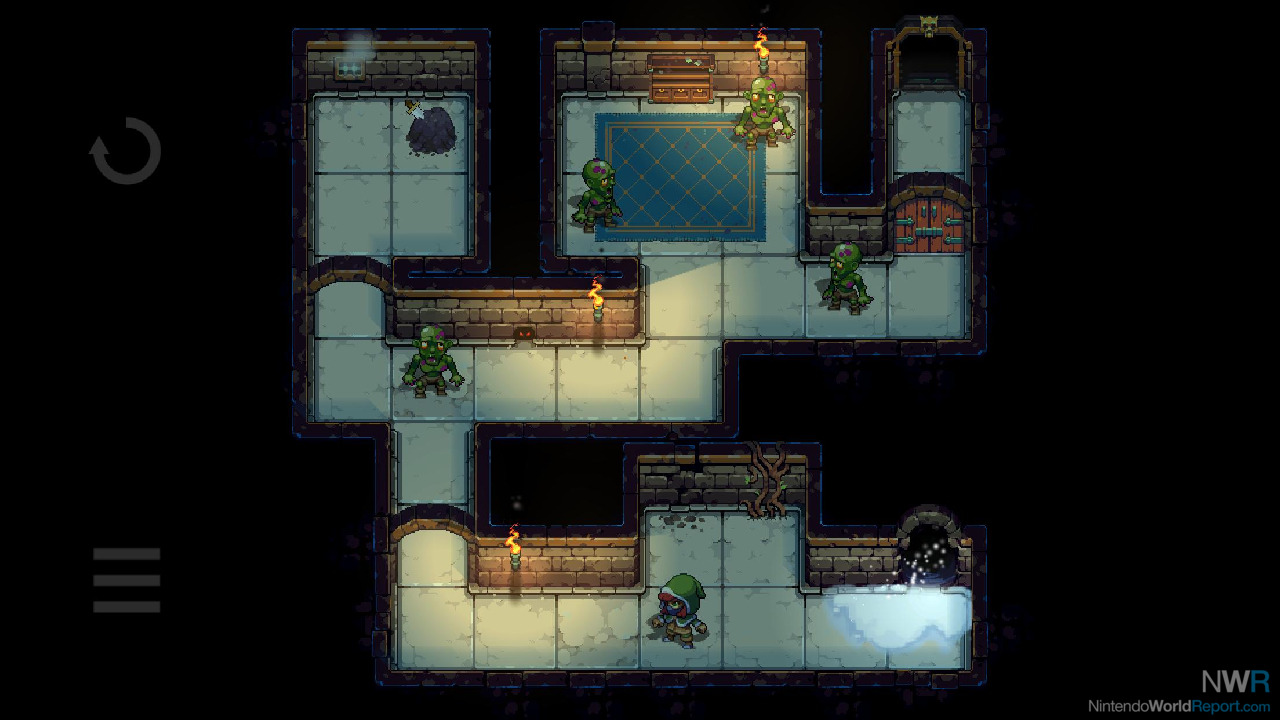 Gameplay centers on grid-based movements reminiscent of something like Crypt of the Necrodancer. Equipped with your trusty sword, you can move into enemies to strike them, but some foes do take multiple hits to bring down. Many other enemies, like powerful ogres and charging minotaurs are better defeated by fireball and spike traps that appear on many floors. While most floors are self-contained puzzles that focus on performing specific movements, activating switches in a certain order, or even finding hidden passages, there are a fair number of instances where you’ll have to backtrack up a floor to retrieve a specific object or even have a certain enemy follow you down to the next floor. I found these puzzles the trickiest since I wasn’t used to considering what I might have needed to bring with me from a completed room to the one after it.

If Dungeons of Dreadrock excels with its gameplay and puzzles, it fails to impress with its visuals and sound design. The same enemies, gates, switches, and tiles make up the game’s 100 floors, and other than puzzle complexity, there’s little to differentiate floor 25 from floor 65. The end result is that the floors all kind of blend together, making longer play sessions a bit more tedious. As befits its mobile game heritage, Dungeons of Dreadrock is definitely better enjoyed in small bursts. Aside from a jingle that plays during the interstitial cutscene between floors, there’s effectively no other music in the game. The sound effects for slaying zombies, gates opening up, and even succumbing to one of the numerous dangers present are fine; you’ll actually need the sound on to help you solve certain puzzles, but the lack of music is unfortunate. 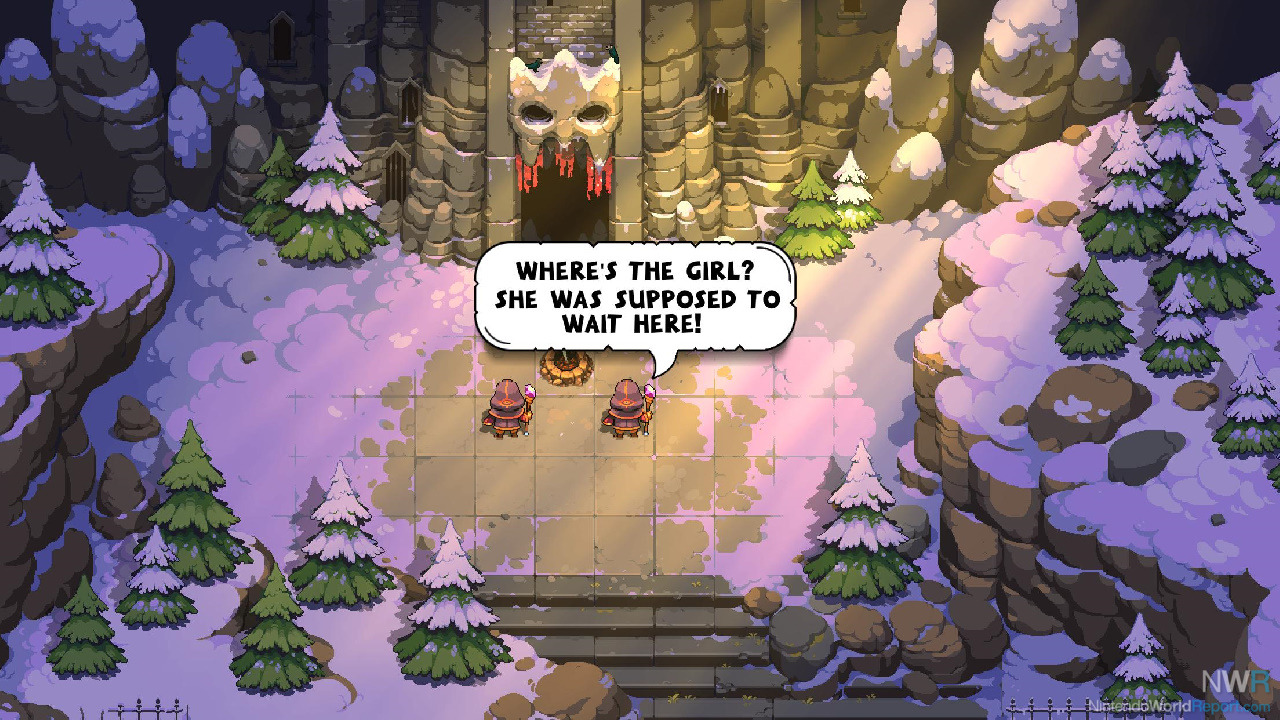 The controls work well enough most of the time, but there are instances where the game fails to respond to button controls after you’ve used touch controls. The same thing happens even if you’re only tapping the hint button on the screen, which itself is a bit cumbersome to use. Still, it’s very welcome to have a hint system in place that gives you step by step solutions to each room, which means you can complete 80 percent of a room, for example, and then get a tip for the remaining 20 percent you’re unsure about.

Dungeons of Dreadrock makes an admirable leap to Nintendo’s hybrid device. During shorter play sessions, the game shines and offers a challenging but fair puzzle-centered experience. The story is familiar yet enjoyable, and the basic controls translate well enough to the console space. It might not Dreadrock your world, but these Dungeons offer a pretty satisfying romp all the same.