Sometimes people within the gaming sphere use shorthand to describe a game, something which is understandable for those attuned to the industry, but could leave those without that knowledge in the lurch. Metroidvania, Souls-like, and Zelda-like to a lesser extent are exclusionary shorthand that even when evoked, are such a wide net with blurry lines that over time have become almost meaningless. With that in mind, one genre of game I’ve loved since being a kid were brick-breakers. Now there’s a shorthand that makes sense, one where an internet search will give you exactly what it is. Breakout Recharged is a brick-breaker game, and a pretty good one at that. 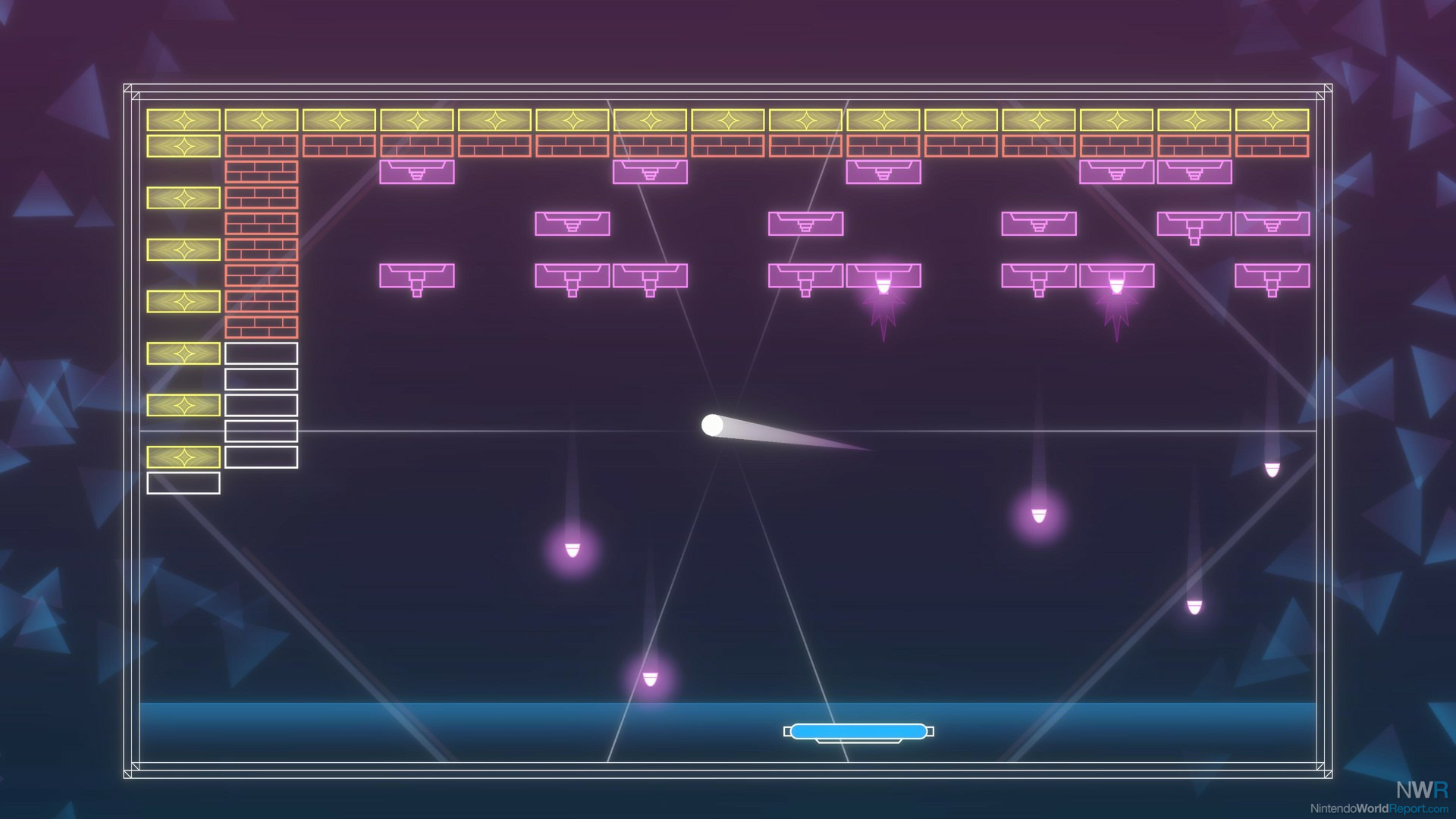 What’s a brick-breaker game? In brick-breakers, you play as a pong paddle at the bottom of the screen. A ball will appear and drop toward you, which once hits your paddle will ricochet up toward the top of the screen. There it’ll be met by a series of bricks, the goal being to break all of them before moving onto the next level and seeking the highest score possible. Game over happens when the ball slips by your paddle. Breakout Recharged has those fundamentals down pat. The paddle is slow but not plodding. Hitting the ball itself is on its face straightforward, but how you position yourself to intercept it can affect the trajectory. Moving the paddle in the same direction the ball is hurtling toward can send it flying back. Going the opposite direction sends it the other way. It’s an imprecise tool, but good enough to give some feel of control in the situation.

Thankfully, Breakout Recharged has been fleshed out beyond this core gameplay. Three single-player modes exist - Recharged, Classic, and Classic Recharged. Classic is your vanilla flavor, uncomplicated brick breaking with three lives. Recharged is a one-hit kill, but superpowers will drop like extending the length of the paddle, splitting the ball into three, missiles, and having trajectory lines to see where the ball will hit. Recharged Classic splits the difference, getting all those cool power-ups with the buffer of three lives. There are also more targeted challenges, starting with hitting a target high score and escalating into things like filling the screen completely with blocks and being tasked with breaking all of them. It’s a nice addition that gives the game a bit of longevity when the basic modes start getting stale. Beyond this, a co-op mode is there that can be fun if a bit hectic.

It’s a simple aesthetic that wraps around Breakout Recharged. Easy on the eyes with hues of blue, white, red, yellow, purple, and orange blocks against a deep blue backdrop gives a nice contrast between them, making it easy to see the board. Power-ups add to the visual punch, filling the screen with particles and beams or white that pop. The music is mostly understated techno/synth sounds, that isn’t noteworthy, but keeps itself from becoming offensive.

It’s hard to have an in-depth breakdown of Breakout Recharged because the core structure is so simple. But that uncomplicated nature is an asset. The developer knew to keep the focus on the fundamentals - multiple game modes to keep things fresh, a way to play with friends, leaderboards, and a clean look. If you’re not a fan of brick breakers, then this won’t convert you. But if the last one you played was Arkanoid, then you’re in for a fun revisit.