A gentle action-adventure all about imagination and creativity.

Headland is a far cry from developer Northplay’s previous Switch efforts, the virtuoso multiplayer-centric Conduct Together and Fly Together. In lieu of fast-paced transportation puzzles, this is a slower jaunt consisting of action-adventure levels where you control a kid fighting enemies while searching to restore his lost creativity. It’s not as transcendent as Northplay’s past games, but Headland is still an enjoyable playthrough filled with pleasant exploration and combat topped off with an endearing narrative. 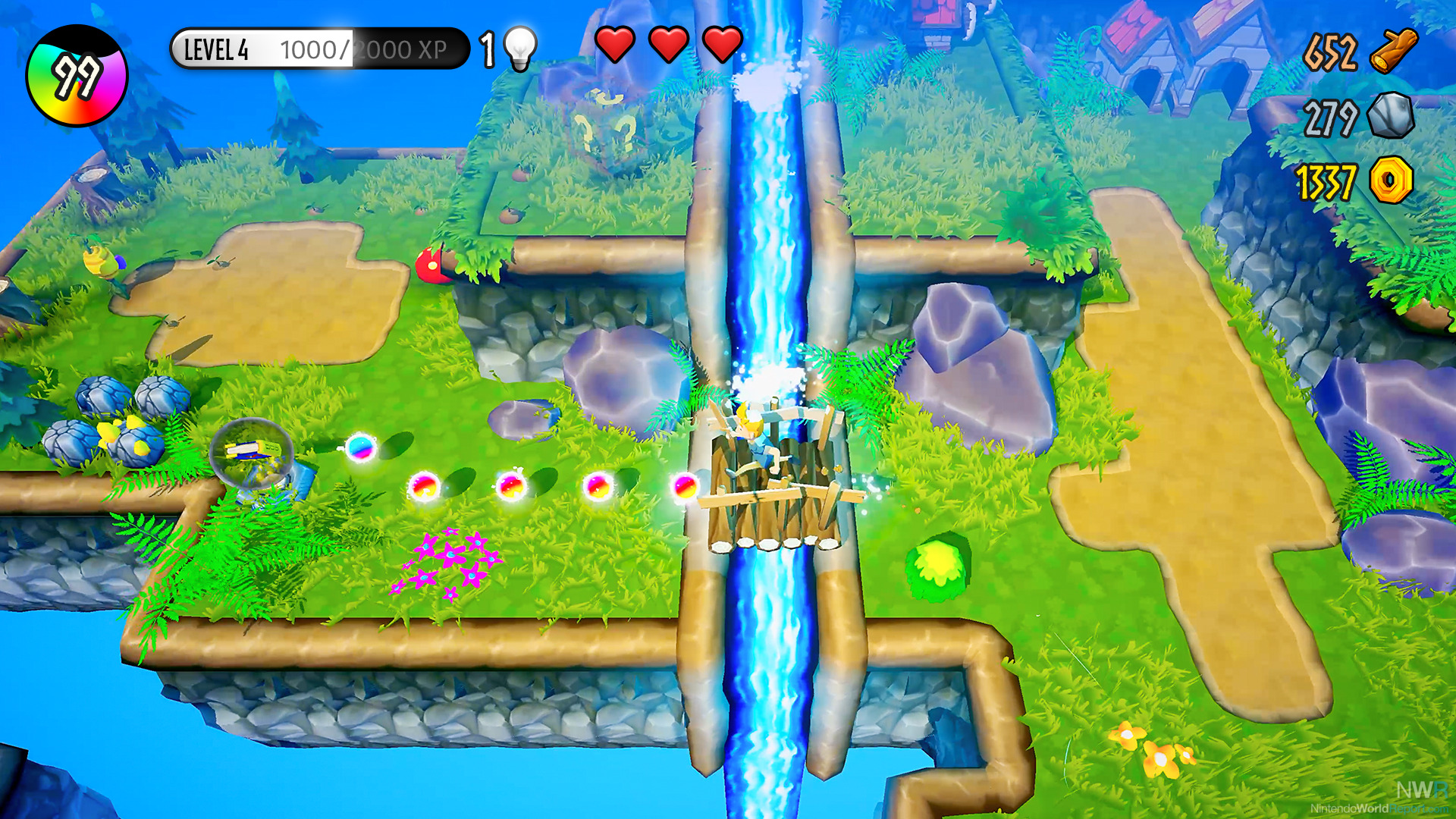 At the outset, the player character Nor loses his creative spark, presented here in robotic metaphor form. The primary goal is to recover the lost parts of your imagination core, and it involves diving into different levels alongside your robot friends. The story is ever present without being intrusive and builds to a satisfying payoff as Nor recovers his creative spark.

The isometric levels are sometimes guided by narrative threads, but almost always feature lots of secret areas to explore and collectibles to find. The overall level design reminds me of early Skylanders games, especially since Nor can’t jump at the press of a button. The majority of the puzzles are on the simpler side, but the gentler difficulty seems purposeful since this game appears to skew towards all ages. Romping through the levels over the course of the five-hour game length struck a good balance between inventive and enjoyable, as the levels get more varied as you progress.

While I feel the isometric levels play nicely with the exploration and puzzle-solving, they don’t work nearly as well with the combat, which never felt crisp. Attacks are stilted and are at odds with the way enemies seem to gang up on you. Having to wait for animations to play out feels almost Monster Hunter-esque, but I’m not sure if that’s how I want my whimsical action-adventure games to feel. The deeper you get into the game, the more weapons you unlock, which at least lets you customize whether you’re using a sword with more knockback or one that hits quicker. You gather a lot of resources throughout stages, which are used back at the hub to buy and upgrade your weapons, as well as increase your attack and health. Upgrading all of these is extremely necessary because while the puzzles increase in complexity at a steady pace, the combat occasionally gets very challenging as you have to handle swarms of foes.

Headland is a cute game with a heartwarming narrative that is just simply enjoyable. It doesn’t hit high highs and the only real brushes with low lows are the dregs of the combat. I’d most recommend it if you have a younger gamer in your household looking for a charming romp with a positive message about creativity.