The Procession to Calvary (Switch) Review

It’s often remarked upon that American humor differs a lot from European humor. You can see it in other forms of media like films and television, where jokes are played up for laughs or rely on physical pain and anguish. The Procession to Calvary caught my attention with its description of being very Monty Python-esque, while also being developed by a singular creator. It may have been released back in June on Switch, but I only just got around to playing it and really wanted to shine a spotlight on it before the end of the year. While it's definitely not an experience for everyone, its usage of a very special visual style and loads upon loads of dry humor made it one of the most comedic experiences on Switch for me this year.

After the end of the Holy War you find yourself entering the Renaissance with a fairly large problem. There’s been a new rule imposed by the new leader, Immortal John, that no more murders can be commited. The problem is, you love murders. There’s only one more person that should be killed, and that is the previous tyrant ‘Heavenly’ Peter, who fled south. As an unnamed female knight, your job is to make your way south and get rid of this treasonous leader. As a true point-and-click adventure game, it's up to you to find all sorts of random items, interact with strange townsfolk, and trade stuff for access to new buildings while completing your adventure. 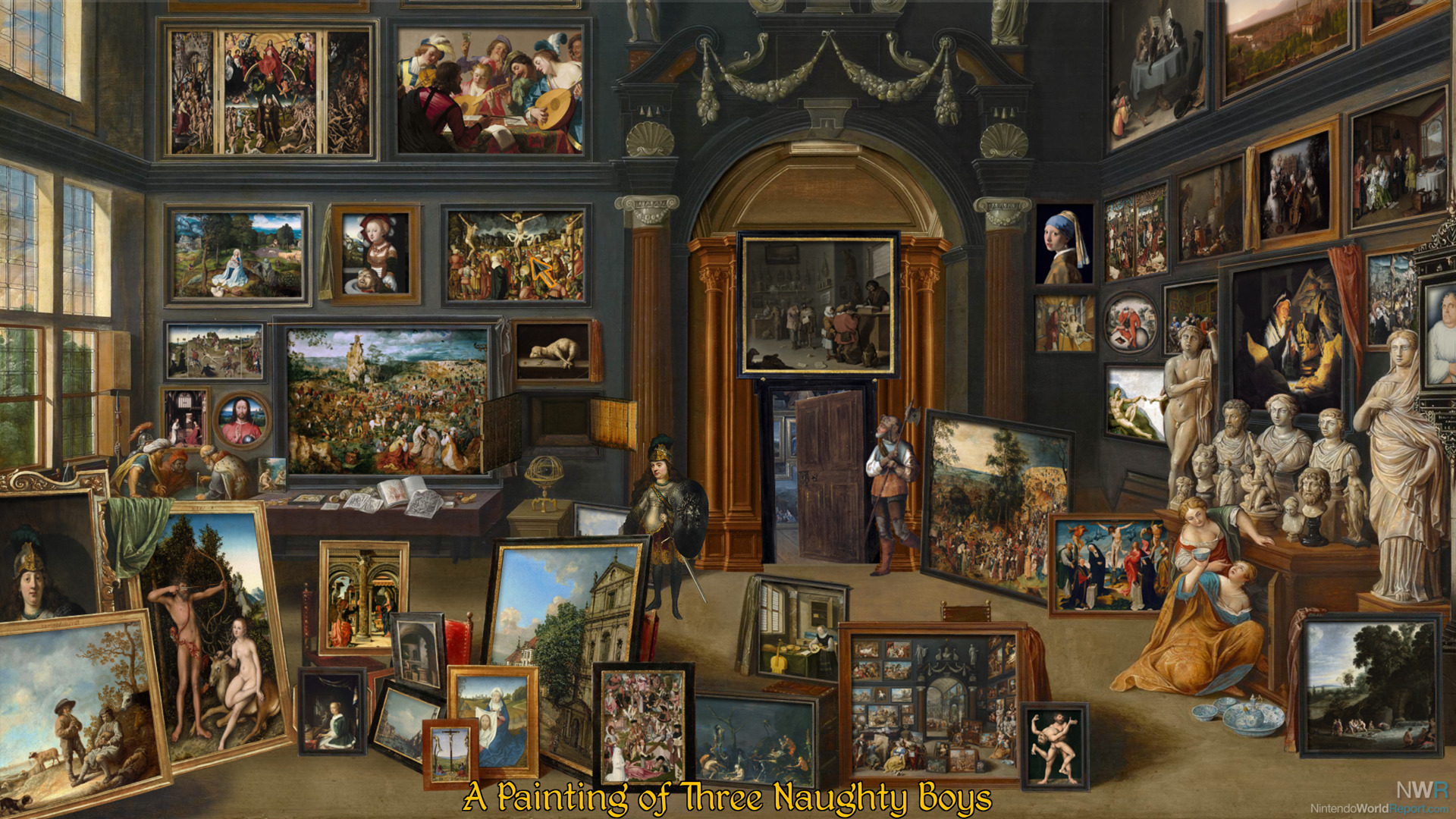 From the second the game boots up, I was struck by the incredible visual style. There have been games before that use copyright-free paintings to decorate and design their worlds, most notably the Rock of Ages series. But what makes The Procession to Calvary so interesting is that each background, character, and object has been carefully extracted from Renaissance paintings to create the entire world. Buildings, people, and creatures have been mixed and mashed together with simple wireframe animations that give it all a very unique look. You can inspect nearly every object in the game and collect and combine items to solve all sorts of puzzles. For example, in the beginning of the game you’ll need to retrieve the oars of a boat for a sailor, so you need to ask a crippled man who has been using oars to move around if you can have them. This results in a trading quest where presenting the right item to the right person can help you advance. It’s all pretty basic by the books, and while some solutions are a tad overly complex and obscure, I was never truly stuck on how to proceed. 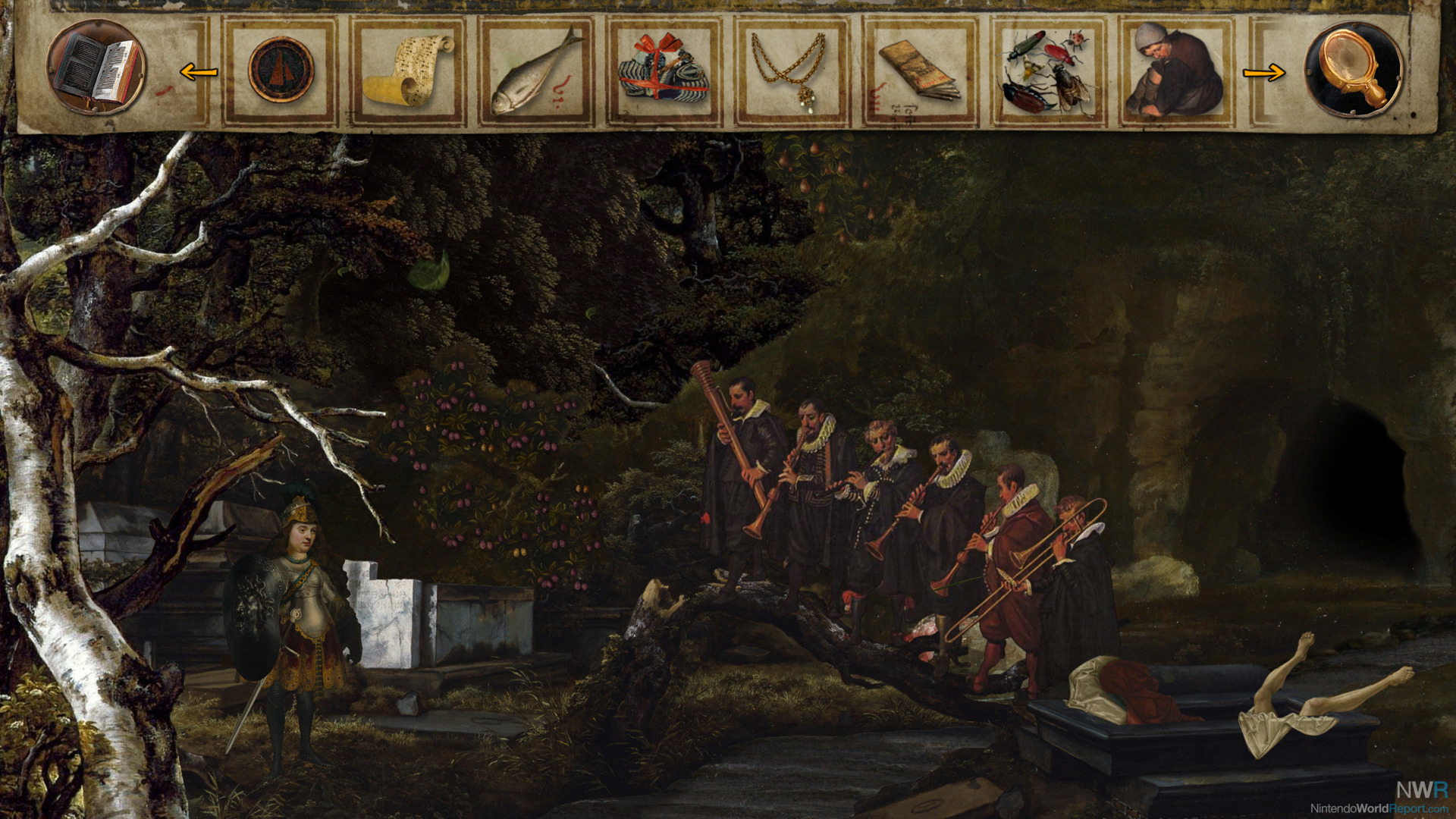 I think the Monty Python-esque description does an excellent job of explaining the game, but it doesn’t just stop at these ‘cut-out-like’ animations. The real gem here is the dry and witty comedic writing at play here. Since you can interact with nearly everything, and most people on display are pretty much asses about everything, the main protagonist is taking the piss at almost every turn. This leads to some of the most fun textual interactions I’ve had this year with a video game. Take, for example, a boatman you meet when trying to make your way to Heavenly Peter’s basilisk. He requires you to show a boat pass to get across the river. When prompted on how to get a boat pass, he simply states he doesn’t know where to find one. Pressing him about this, he replies that it never even crossed his mind to inquire about one, though he does agree that he should probably know that stuff. The game has tons of these interactions that play on the absurd, dry, and dark humor that give The Procession to Calvary its own flavor. There are too many good jokes here that I really don’t want to spoil, but they definitely add to the overall vibe of this weird turbulent time in history. 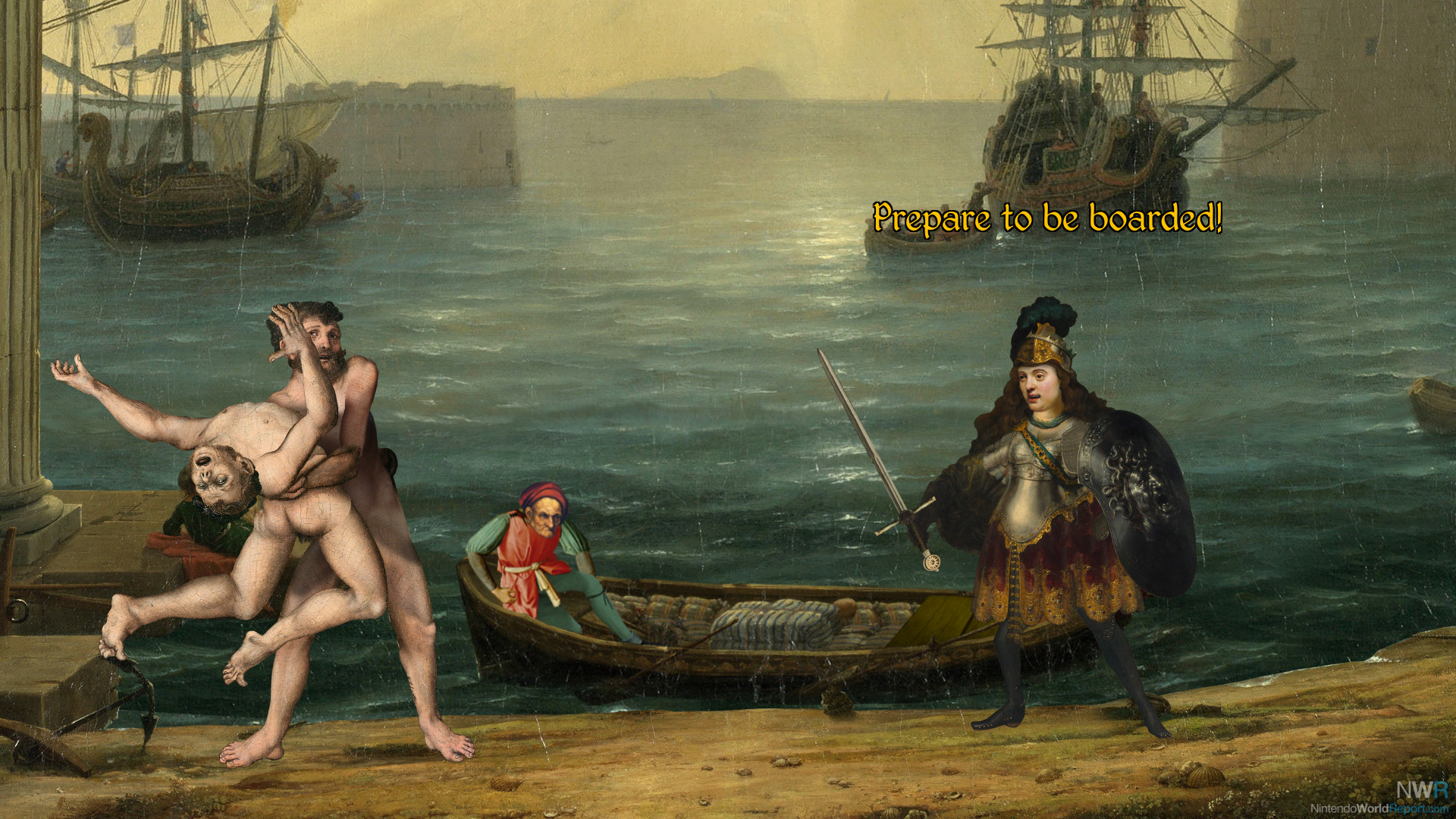 The Procession to Calvary just really has an eye for the details. The music is a particular standout. It’s all classical music (copyright-free of course) but unlike it being non-diëgetic (i.e. you can hear the music in the game but it’s not being visibly played within the scene), it’s all being played on screen by little musicians hidden in every background of the screen. You can even ‘sing along’ or applaud the artists. Another fine detail is the way in which the game often comments on how weird and absurd things are and that certain actions have consequences. You can technically murder every character in this game, but that will change the outcome you may be expecting. It gives off the feeling of a classic point-and-click adventure game, but with humor on so many levels that it surpasses some of those classics in my opinion. 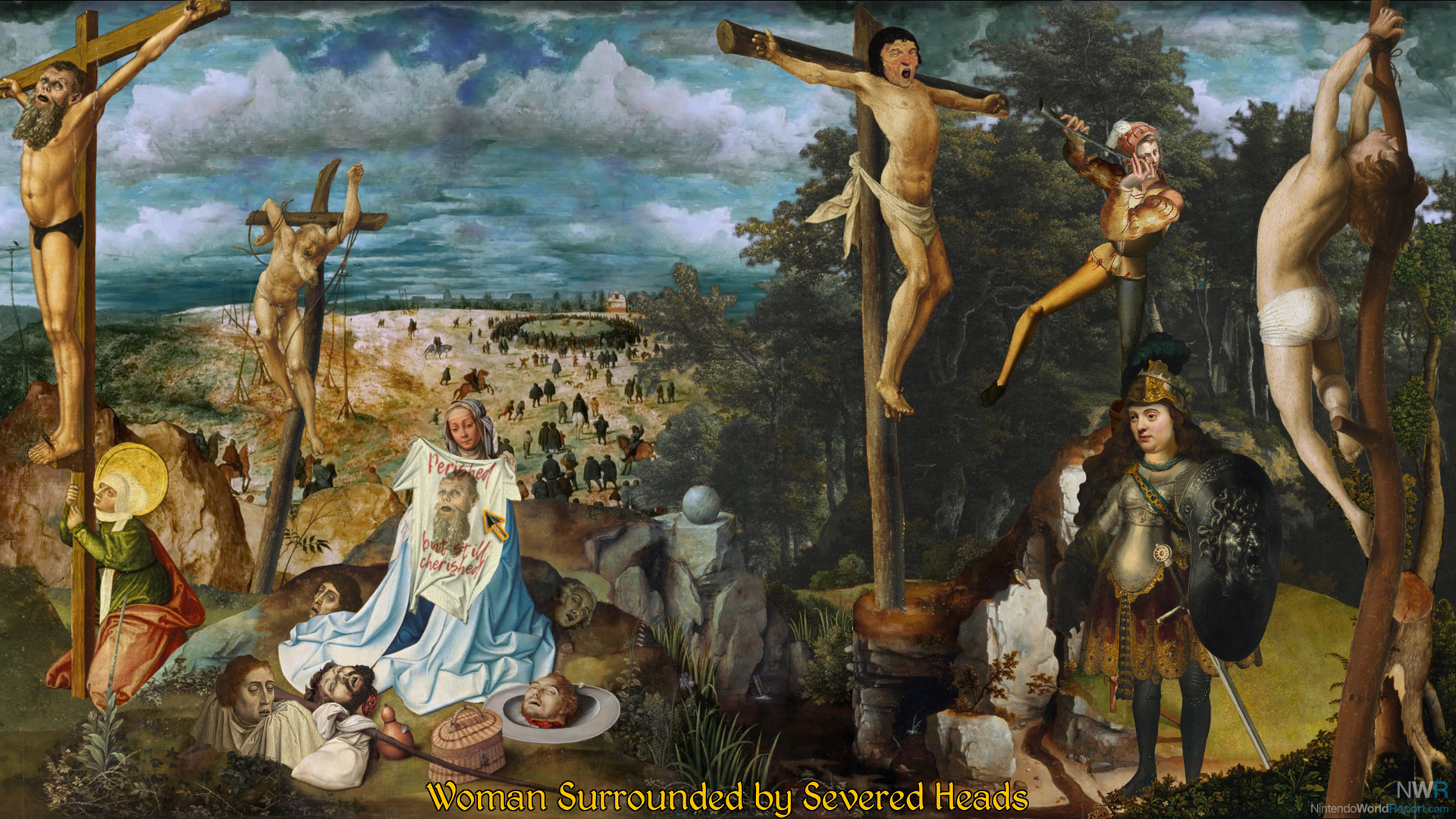 That being said, this may not be the best game to play on the Nintendo Switch. The Procession to Calvary does still use a cursor, and while you can speed up or slow down the pointer, I did get confused quite a bit about what button to press or which items are interactable. The movement speed of the main character is also painfully slow and cannot be sped up, which does make moving from screen to screen quite a bit of a drag. It also wouldn’t be a point-and-click game without some truly bizarre puzzles that cause you to carefully read every line of dialogue in case you may miss something you need down the line. Some interactions are just a bit too vague for me to fully recommend the game to absolutely everyone. 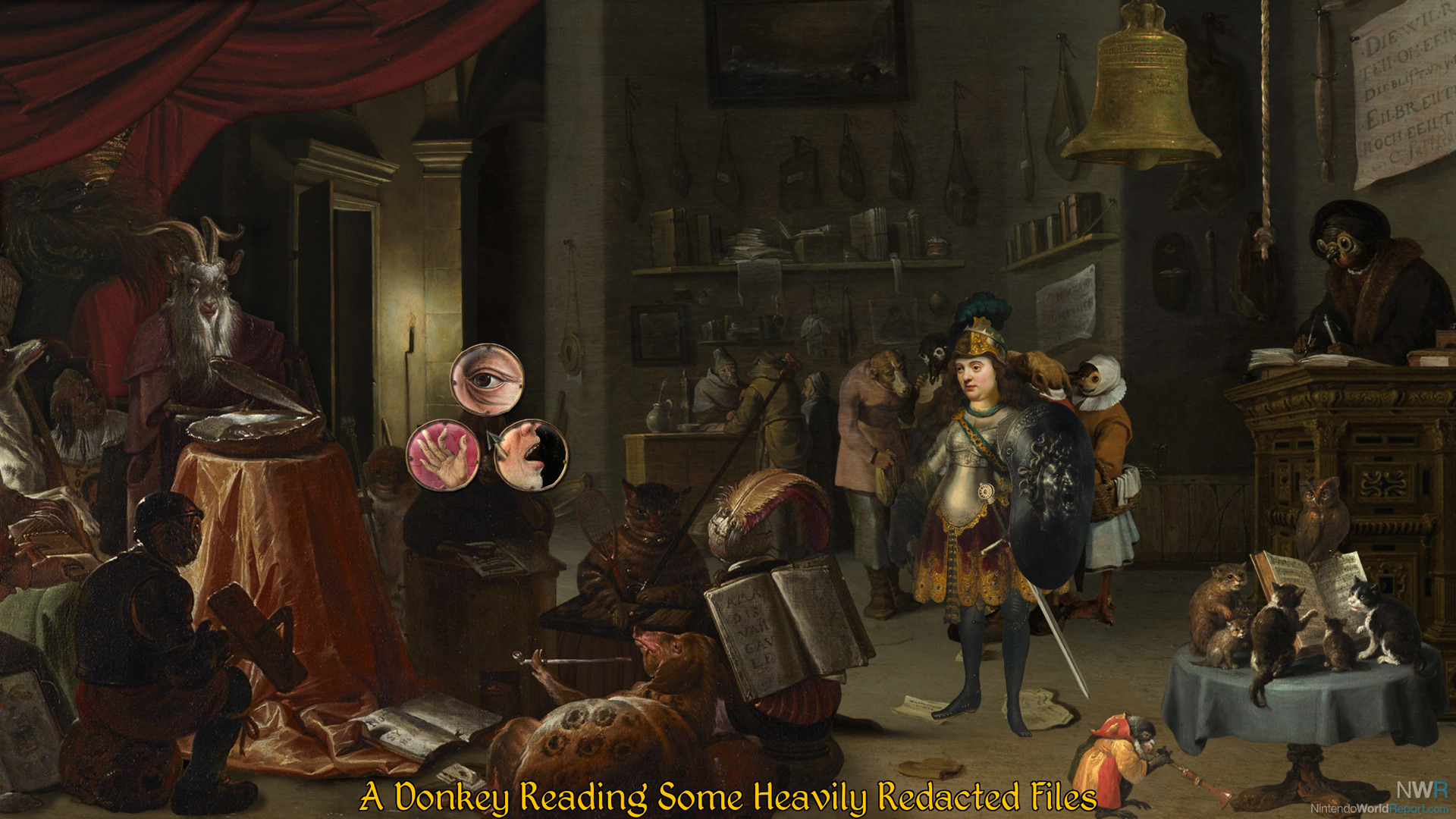 That said, I had a great time playing through The Procession to Calvary. I absolutely adored the art style and the way it mashes artistic paintings to become its own unique thing, instead of simply a reference or shorthand. The humor is probably the best writing I’ve experienced all year, but in true European fashion, it’s dark, dry, and very self-referential at times. While it does have a few shortcomings, including the way in which the game has been translated to Switch and its slow movement speed, The Procession to Calvary was a delight the entire time I played it. If you are a fan of point-and-click games or just want a short and funny experience, I’d recommend this game over any Renaissance art gallery.