Taking inspiration from some classic platformers, Ayo has some big (clown) shoes to fill!

I’ve never really understood why clowns inspire fear in so many people. I think they’re great. I understand coulrophobia is very real to many, especially with Pennywise being a thing and that time many years back when some people would walk the streets at night dressed as clowns. With Ayo the Clown, we have a super cute little clown boy who just wants to find his lost dog. And that’s where our story begins. Ayo wakes to find Bo, his dog, is missing and potentially dognapped. Immediately, he sets out on a unique platforming adventure to find his best friend.

Developed and published by Cloud M1, Ayo the Clown is the first non-mobile game from the company whose motto is “Made with Love,” and you can feel the love in this game. At its core, Ayo the Clown is a 2.5D side-scrolling platformer that Cloud M1 has described as follows: “if Super Mario Bros., Yoshi, Kirby, and Little Big Planet had a child, this would be it.” And I couldn’t agree more. I saw a lot of inspiration from both Super Mario Bros. and Little Big Planet in Ayo the Clown’s roughly 8-hour playtime. 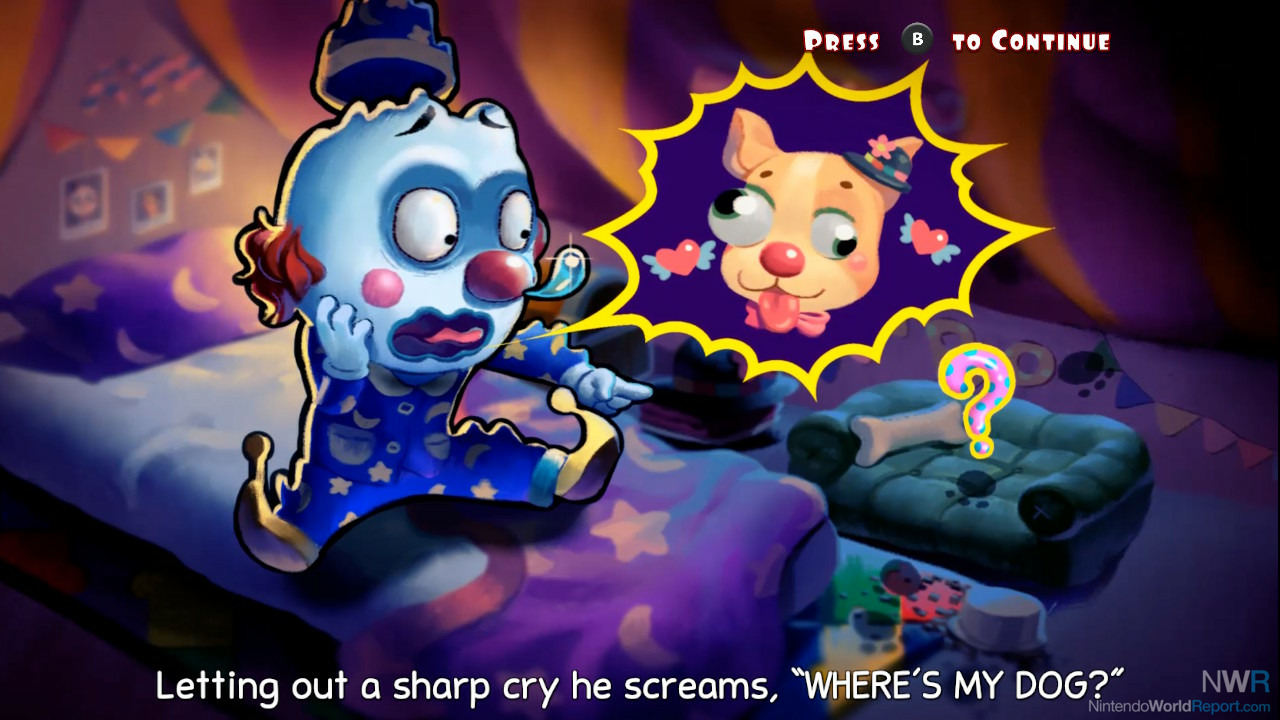 With the core gameplay, the levels aren’t as linear and ”left to right” as most platformers are. There are several hidden areas, in which you are likely to find collectables and alternate routes; some would require you to backtrack as you need to pick up an item before you can progress or reach an objective. On many levels, you’ll come across NPCs and townsfolk, who will give you side quests to complete within the level which usually have a narrated cut-scene, adding more personality to the characters. An example of this is helping a momma bear find her baby bear, who you discover is playing with a bees nest whose swarm ends up chasing you! This begins a chase sequence that requires you to essentially free run until the bees give up, making for a fun change of pace from the usual platforming.

Running and jumping aren’t the only means of traversal in Ayo the Clown. In some levels, you are required to ride tanks and fly toy helicopters; others are purely vertical where you are tied to a balloon and need to ascend, avoiding hazards while locating collectables. Throwing in these mechanics and completely flipping the script with those vertical levels keeps Ayo the Clown feeling fresh, adding its own fun spin on the genre.

You have three hearts each level, and once these are gone you will restart at the latest checkpoint. Although there aren’t any real power-ups, like a super mushroom or fire flower, you can pick up several weapons to use temporarily. These include a balloon sword, water balloons, and toy hammers, keeping up with the clownish theme. I’ve yet to work out when and why they disappear as it seems quite random when they do. Another fun mechanic that sets Ayo apart from other standard platformers is instead of a double jump, Ayo whips out a balloon to add some height onto his jump, again, staying faithful to the circus backdrop which I genuinely love seeing. 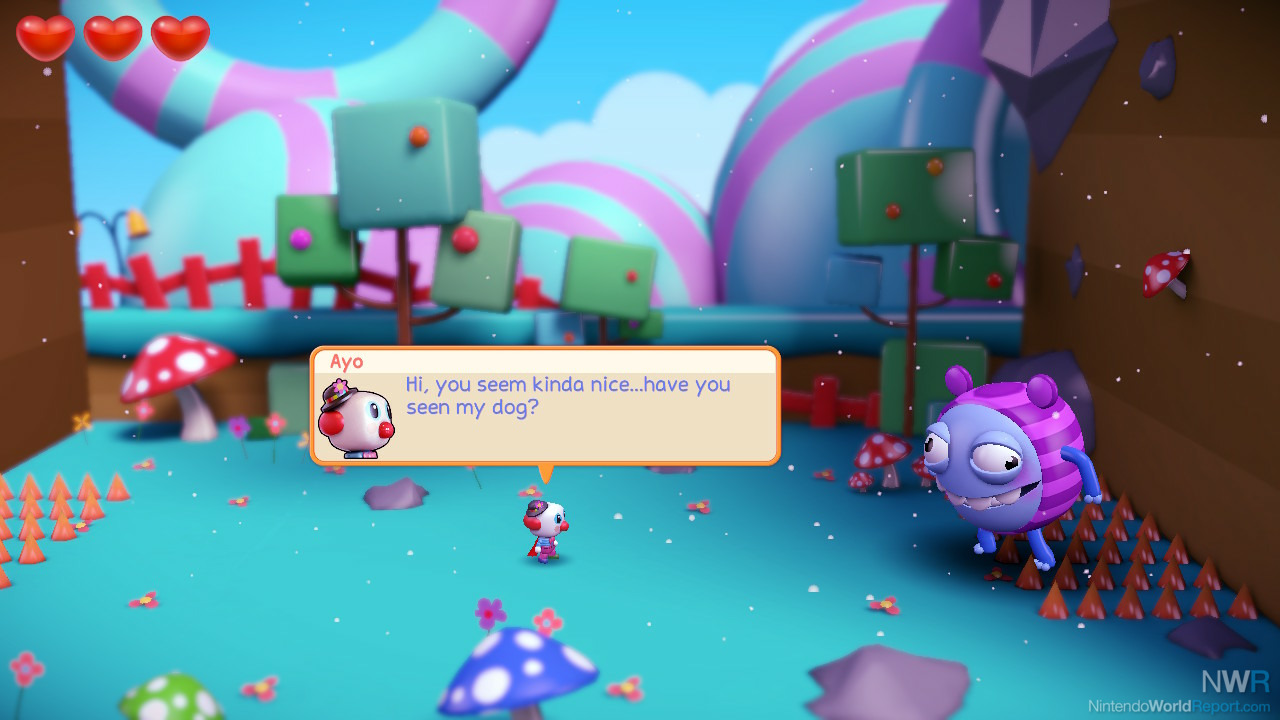 The boss encounters in Ayo the Clown are heavily influenced by Super Mario Bros. games. They follow the tried and tested formula of pattern-based boss movements, that ramp up each time the bosses take damage, usually falling after the third round of patterns. If it ain’t broke, don’t fix it, I guess!

The controls are what you would expect from a platformer. One button mapping choice that I hated, and never became accustomed to, was that the B button was mapped as the select/accept option. This was from the start screen onwards, meaning to start the game, I had to press B. If I accidentally went to start the wrong load game, my brain would subconsciously select B to go back, and I’d then be met with the load screen taking me into that save file I didn’t want. The in-game controls were fine for the most part, but sometimes unresponsive or inconsistent. This occurred most often with jumps. I found that some jumps wouldn’t respond immediately, meaning that poor little Ayo would just run off a ledge to his death, where you’d hear his faint, echoed scream…something I want to hear less of please, Cloud M1.

One thing I’d like to hear more of is the adorable soundtrack. Cloud M1 really did make sure that every aspect of this game complements the setting of a child clown. The music is playful and childlike, enhancing the true innocence of Ayo’s character. The world is also bright, colourful, and playful, too; however, the character models are a little rough around the edges, which is but a slight knock on the game. 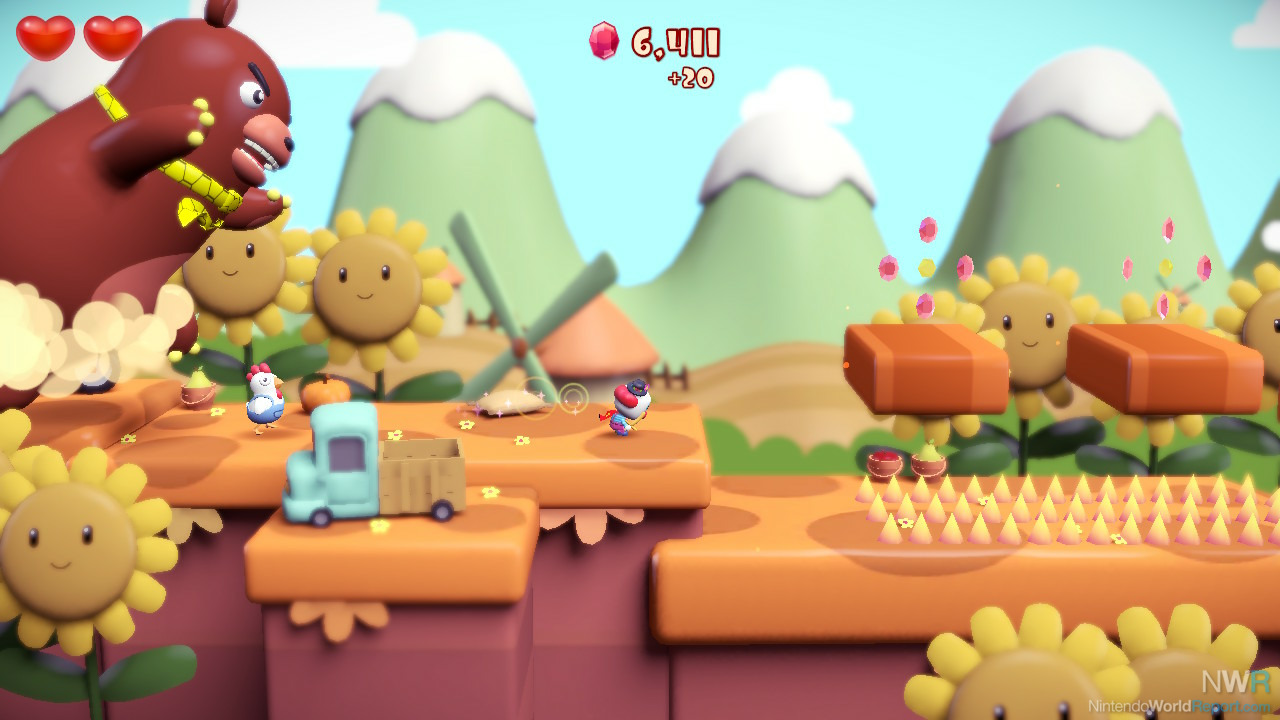 Outside of the platforming levels is the town. In this area are the NPCs you have helped along your journey, and it’s also where you can upgrade your balloon height or number of hearts with gems that are collected throughout your journey. To me, this area was kind of pointless. Outside of the purchasable upgrades, the dialogue options never changed so one visit was enough. Also, these upgrades are ridiculously expensive! By the time I had enough to upgrade I was too far into the game to even remember to go back to the town and didn’t purchase them. I imagine on higher difficulty levels these would be needed, but on easy and normal, upgrades didn’t feel necessary.

Ayo the Clown is visually adorable and full of so much charm that you can’t help but love the little guy and the world that Cloud M1 has created. I am looking forward to what else they can create; I wonder if Ayo the Clown 2 could be on the horizon? With a little polishing of controls, character models and the town function, who knows what heights Ayo could float to.