A Boy And His Blob (Switch) Review

The boy might be in his 20s now, but his time with his blob is worth a return trip.

12 years have passed since A Boy And His Blob came out on Wii and since then, the picturesque puzzle game has aged gracefully. A lot of that comes from the excellent art design, with hand drawn animation that stands tall among developer WayForward’s best even more than a decade later. While it began life on the standard-definition Wii, the bump to HD has been kind to this gorgeous video game. The visuals and overall presentation are still great, while the gameplay rarely stumbles. 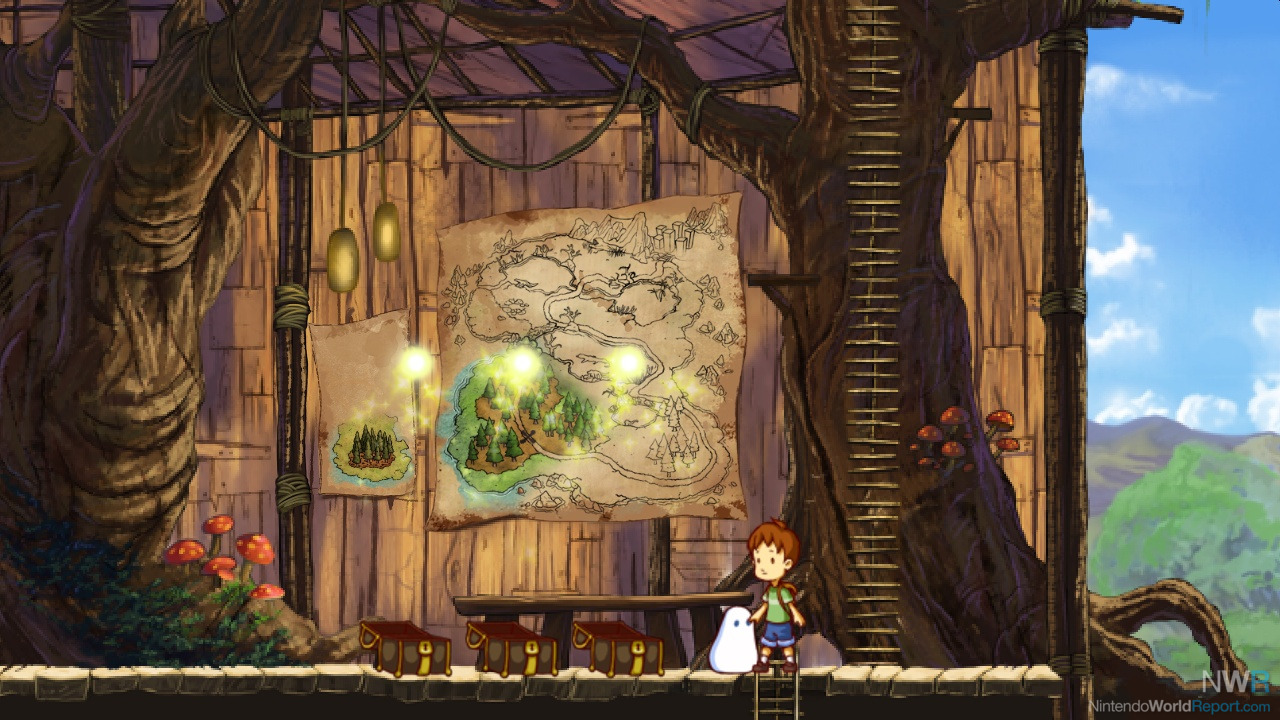 The slow pace is deliberate as you control the titular boy and trot around a variety of side-scrolling levels with his titular blob. The levels are largely straightforward as you make use of the specific set of blob-power-granting jellybeans at your disposal to move the duo around the level, avoiding enemies and collecting optional treasure chests. The jellybeans turn the blob into a variety of useful tools and objects, including a trampoline, bowling ball, and even a rocket. The 40 levels spread among multiple areas all stay fresh. This was my third time playing this game and even with memories flooding back, I was rarely bored or frustrated.

The lack of frustration might be a bone of contention for some because this game definitely does have a difficulty level that skews younger, with a lot of hand-holding signs specifically dictating what jellybeans to use. I don’t view that as a bad thing, as this is a game I’m fine with being largely a pleasurable romp as opposed to a brain-wrinkling arduous challenge (though some of the 40 unlockable challenge levels up the ante a bit). The hard parts are more because of precision than puzzles, but thankfully checkpoints are lenient. The forgiving nature is actually part of the appeal. Well, that and the hug button that you can press whenever the boy and the blob are next to each other and they can reassuringly embrace. It’s charming and a good display of how this presentation is eternally winning. 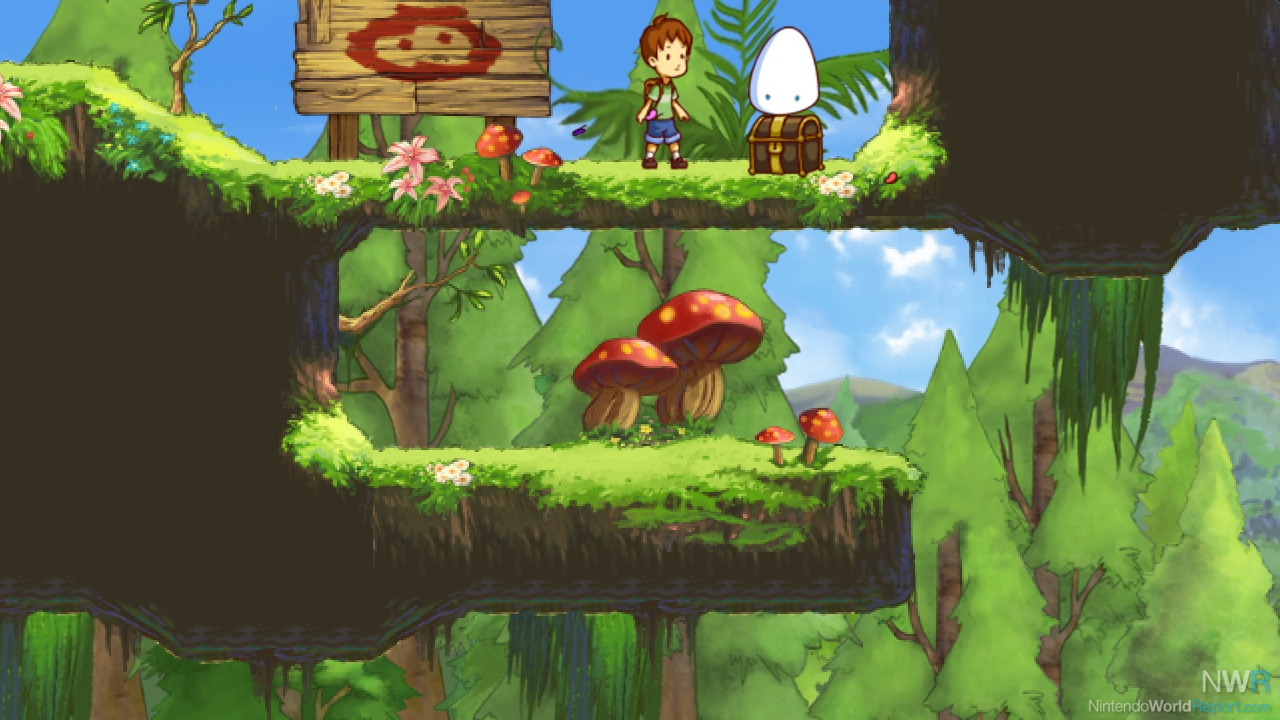 The Switch port appears to be more or less the same as other HD ports, essentially just taking the Wii game and making it work on a new platform and match up to the visual standards. While I’d love to see the veritable all-star team of developers (some are still at WayForward; others went to found Yacht Club Games and Tic Toc Games) that worked on the original Wii release come back for more Blob content, I’m happy that a great Wii game still lives on modern consoles. Whether you first played this on Wii in 2009 or have never touched it before, A Boy And His Blob is well worth checking out. Just remember to press the hug button to brighten your day when needed.

Everyone loves the hug button!