A competent strategy card battler marred by an ill fit on Switch.

I’m a sucker for a good turn-based strategy game. I’ve spent countless hours over the past two decades on the Civilization series alone, all the way from Civ II to Civ VI. So when given the opportunity to play Thea 2: The Shattering, I jumped at the chance to explore something different in a genre I adore. Thea 2’s fantasy setting with a card battling system (which is all the rage right now) seemed like a match made in heaven, so why did it sink like a stone for me? 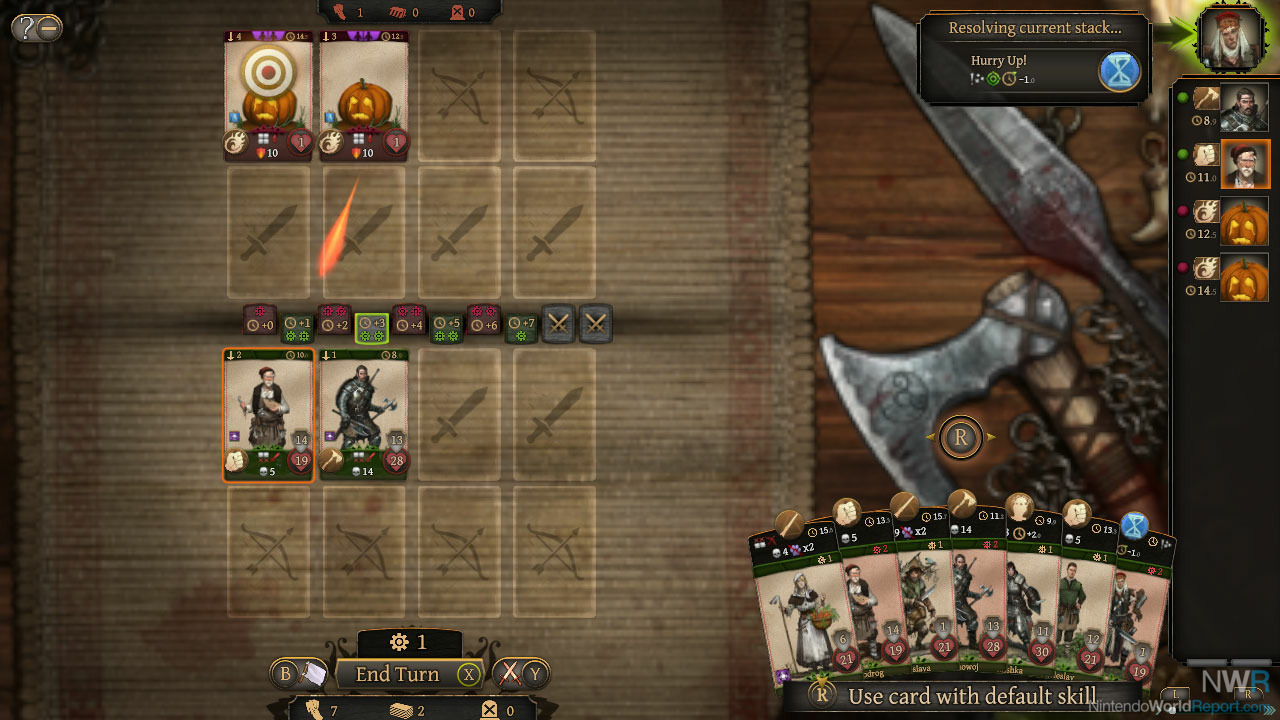 Thea 2 is a turn-based strategy game that’s part city building, part exploration focused, and part card battler. At the start, similar to choosing a leader in Civilization, you select a deity from a list with varying perks/attributes to aid you based on your preferred playstyle. In addition, you choose a “chosen one” that acts as the leader of your troupe. These heroes are selected from a variety of classes such as blacksmith, miner, or even child prodigies.

The overworld map is cut into hexagonal slices, and your scrappy band of heroes can move along on each turn provided you have movement spaces left. You can set up camp at any point on your turn, where options to forage for food, gather raw materials like wood or iron, and craft items become available. To do so, you have to assign party members to specific tasks, which over time will accumulate points until a full bar is filled. That triggers the receipt of materials. It works decently, but be mindful that if you don’t have the right pieces to craft something, it will let you set it up as a task and assign characters still. 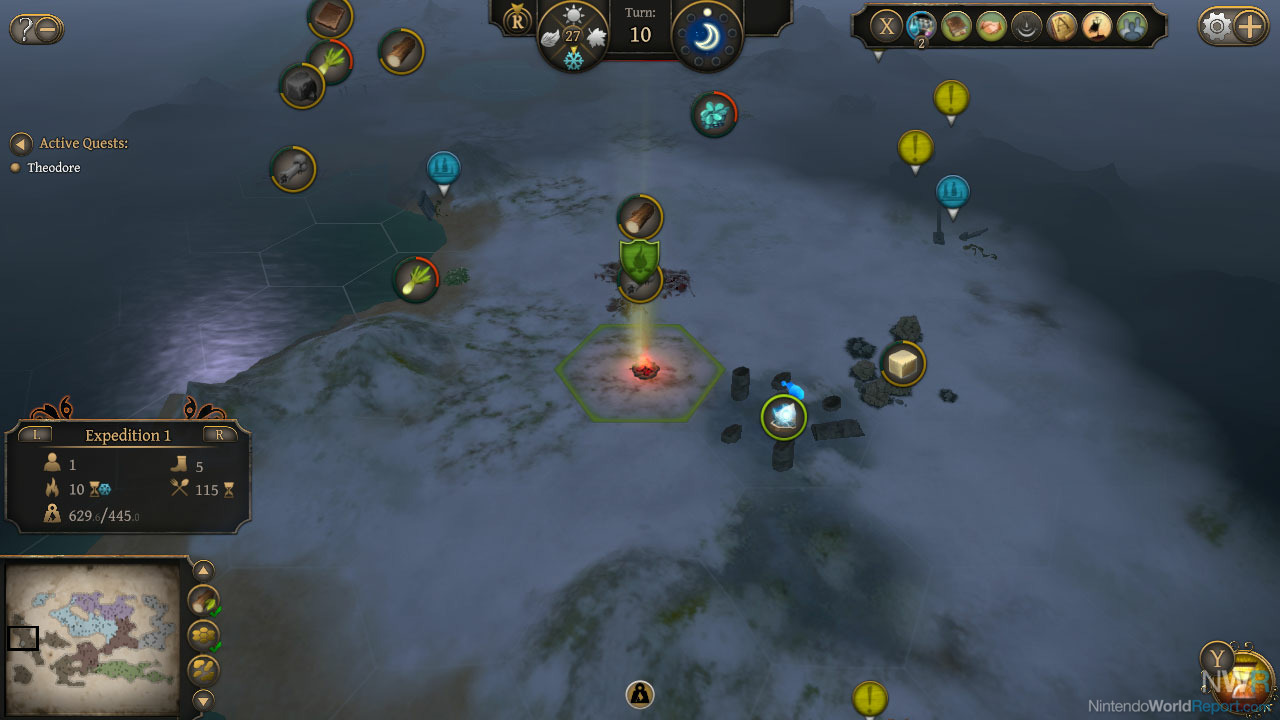 Combat itself is a tabletop card system, which is very en Vogue lately. You and your opponent each get two lines of four tiles to play cards on—attackers in the front, ranged party in the back. The cards are your comrades, each of which has attributes like life and attack power, as well as special abilities. There is a turn phase and an attack phase that takes place afterward. In the turn phase, you and the opponent take turns placing cards down until all your points are spent, then the game takes over and assigns hit damage accordingly. It’s a perfectly adequate, if perfunctory, gameplay segment that on its face fits the bill.

Here’s where things break apart: the Switch port is painfully slow. Not “this has a tad too much loading time, '' or “the AI takes longer than I’d like to make their moves” long, but “this completely breaks my interest” long. The initial load times before you’ll hit the main menu are obscene. Eleven separate load bars have to be filled before you hit that menu, and it takes several minutes. The same goes for when you load your previous save. For the sake of this review, I started my play on Switch and moved to a PC copy just to get better acquainted with the gameplay without having to watch paint dry every 3-5 minutes.

It’s actually pretty disappointing that Thea 2: The Shattering shoots itself in the foot on Switch. The world is unique and mysterious to me. There’s a ton of things to tinker with in the overworld sections, and the combat is engaging enough to mix things up. But this game proved to me what I didn’t want to hear — to me the inherent sluggishness of Thea 2 was enough to sink it.