During these COVID isolation times, the Jackbox games have been a bedrock for keeping my sanity. The possibility of playing online with friends (no controllers necessary) and a party atmosphere all from the comfort of your home generally equals one fantastic evening. It’s a known quantity that the different party packs are hit or miss, with varying degrees of quality amongst the games, and some packs only having one or two enjoyable events. Unfortunately Party Pack 8 seems to be more in the miss category rather than hit. 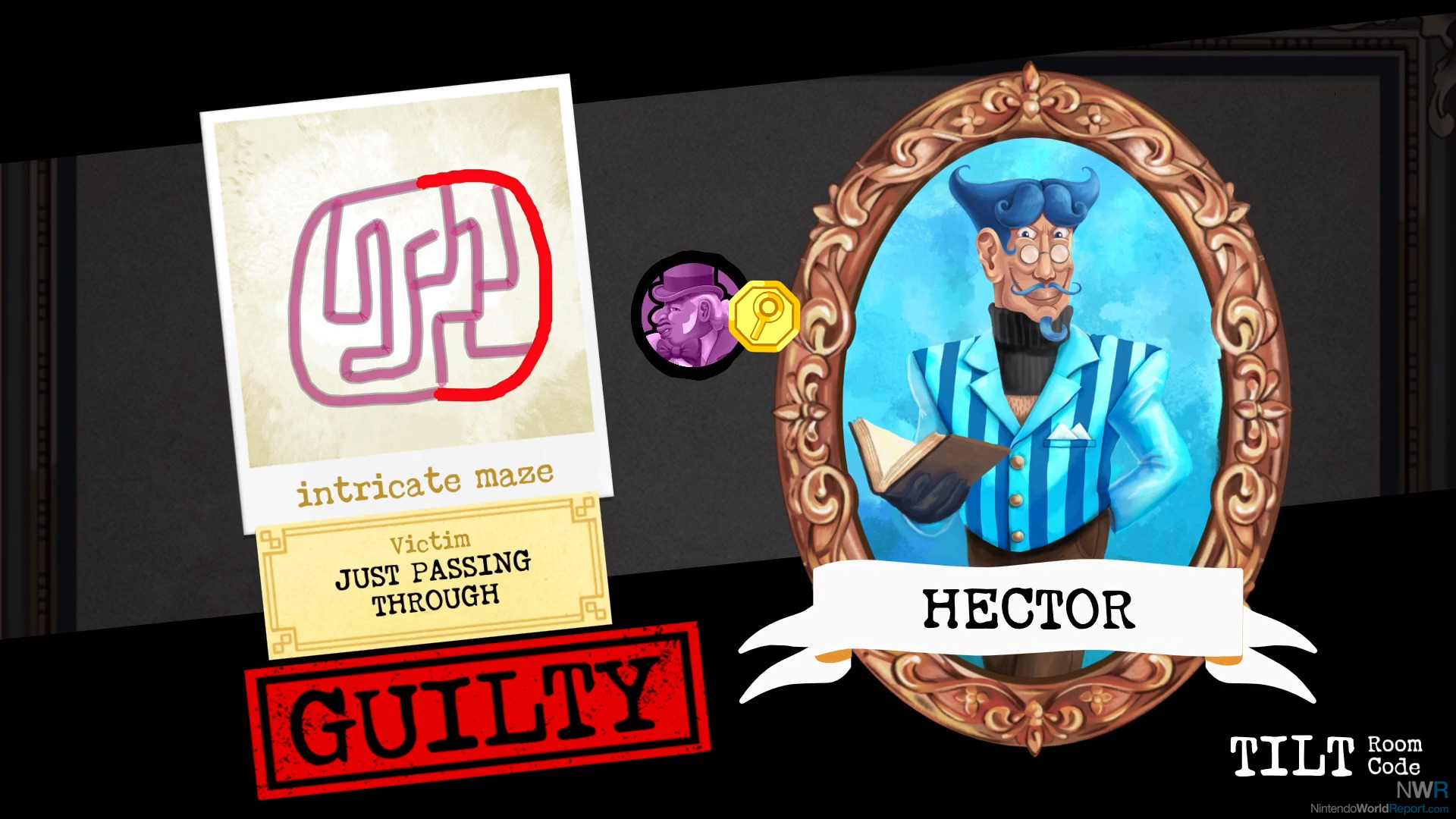 If you aren’t privy to the Jackbox series, they are a series of party games that run online with players able to connect via the jackbox.tv URL and play via their browser on phone, tablet or laptop. From there, it’s a mix of trivia, drawing, typing, and silly actions on the device to interact. Anybody in view of the screen can play along, and even those who come in late can join in as the audience to throw their own mischief into the mix. Over the years they’ve also worked hard improving that online system, so being disconnected doesn’t hinder the party and you can reconnect easily. Also, when connecting to a game it displays what game is currently being played so you have pre-warning as to what you’re getting into.

The pack comes with your standard five party games. They are: Drawful Animated, The Wheel of Enormous Proportions, Job Job, Weapons Drawn, and Poll Mine. Each is unique in the ability to gather embarrassing data or funny anecdotes amongst your friends in pursuit of hilarity. A new quality of life improvement to the set are the descriptions of each game. Each game comes with what kind of game it is, like drawing or typing, how long the game will roughly take, how many players can join in, and whether it’s family friendly or not. These types of improvements make deciding the next game a breeze. 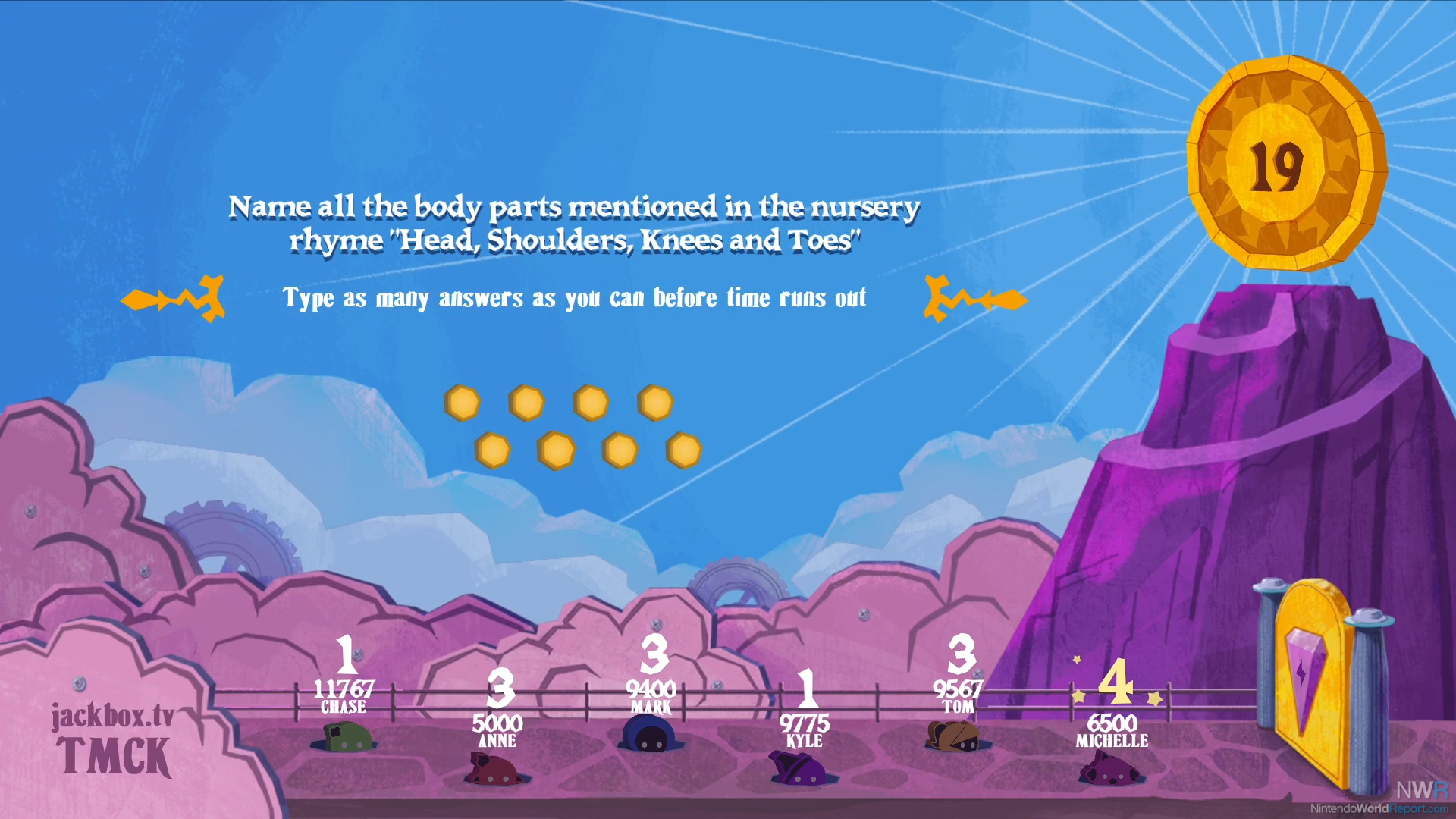 Breaking Jackbox Party Pack 8 down to it’s base game components, let’s start with Drawful Animated. Drawful and Drawful 2 were in previous packs. The crux of those games were that players would receive a silly phrase and were expected to draw it within a time limit. Then players would write guesses of what the phrase was based on the drawing. Afterwards, the artists would get points based on if people were able to accurately guess the phrase they were given, while non drawers would get points for tricking people into thinking their phrase was the correct one.

Now with Animated, you are given the same premise but now a second image is overlaid over the first like a clear piece of tracing paper. This allows for you to draw the same image but slightly adjusted, then when the two images are flipped back and forth they appear animated. This idea is surprisingly intuitive but the tools you were given to draw the phrase feel limiting in a way that the animation cannot help. It’s a neat conceit but could be expanded to make the process feel less impossible.

The Wheel of Enormous Proportions is a trivia game with a funny giant wheel host that rewards players with slices in a wheel like wheel of fortune, for answering trivia questions. The questions are often fun, engaging, and light hearted but spinning the wheel is random. You can control where you put your slices to strategically try to get points but there’s hardly any skill involved and can lead to a speedy win but hardly earned. This is one that can end with players who were ahead all game losing to a last minute turn and that’s much less fun in practice.

Job Job’s premise is to create an expansive word bank by each player writing a five word minimum sentence in response to two prompts. Once everyone has entered their prompts, the rest of the game uses a randomized bank of words to rearrange them into new phrases to answer further prompts. After each round the responses are put head to head for players to vote on their favorites. This can lead to a lot of crazy responses, and humor is sure to be found but also can feel limiting. Missing certain key phrases due to arbitrary word pulls like “and” or “is” or “was” can feel really limiting. That’s part of the fun but getting a bad run of words doesn’t feel fair. There’s an added clever catch of being able to grab words from the menus and instructions as well, but it doesn’t fix the small flaw in the game design. 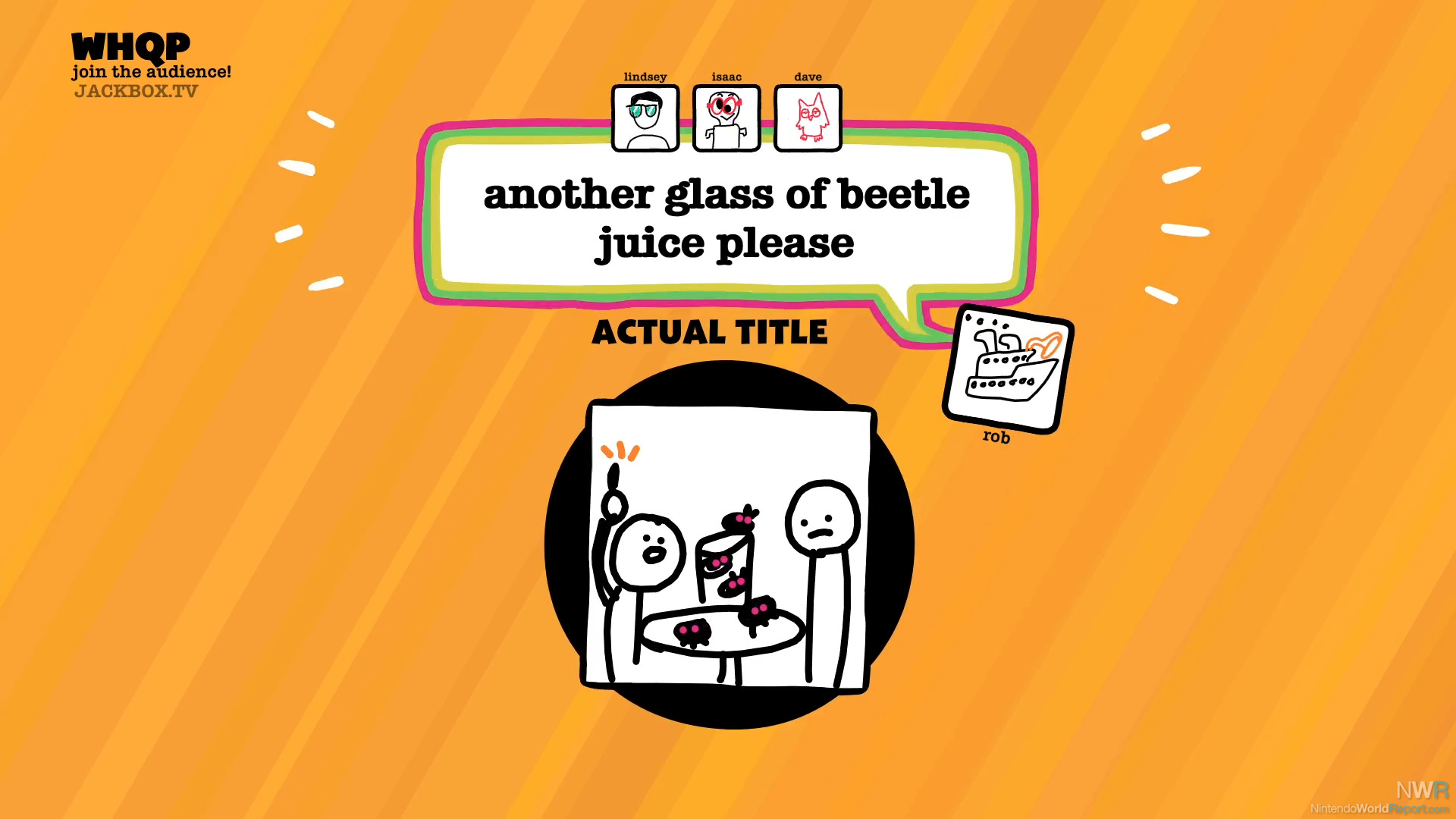 For more drawing, we have Weapons Drawn. A game about drawing with the caveat that a letter from your name must be used in every design. You are given a character to draw but with an uppercase letter included (provided for you.) Then you are to draw murder weapons, with the letter as part of the design used as your “calling card.” The letters can be lower case or in cursive to really switch up the game. Once that’s done, players can bring a guest who is murdered by the players. Then as a team, they analyze the murder weapons and try to tie them to the murderer themself. This one can get complicated and feels like a slog until it ramps up, usually around round 2. After that it can flow relatively well, though flaws appear with members of your party who have an L chosen from their name. At that point it’s just a straight line and damn near impossible to suss out, but the overall issue is just pacing. Each step takes a lengthy amount of time to set up, including introducing guests with a long parade that has no interaction at all. There’s too much downtime and even when playing feels like… drawn out. (I’m so so sorry)

Finally we come to the Poll Mines. This is essentially a game of family feud but the audience survey comes from the players themselves. The more players, the more answers are available and teams make for fun versus dynamic. The polls give fun insight into each player's history, which is a great ice breaker, while the guessing of the answers isn’t always which is the most popular. Oftentimes it’s guess which answer got the least amount of responses, which is a way to split up the rounds but otherwise feels unremarkable. This is a great way to break the ice for new players but doesn’t have the lasting power as others do.

Jackbox Party Pack 8 brings a fresh slate of games that can liven up any party. The voice acting is as high quality as it’s ever been in both humor and characters but at the end of the day, I found myself wanting to go back to Jackbox Party Pack 3, 4, or 5 again. There are new twists on the drawing and quiz formula, but I doubt their staying power overall. These devs have a history of making high quality fun games so if you are a completionist or are new to the series, I would recommend it, just not over many of the older ones. Jackbox is like pizza, even when bad it’s still pretty good.