Not quite a TKO, but it does manage to break a sweat.

As far as video games that got you off the couch and moving, the Wii’s motion controls ushered in a generation with Wii Fit and Just Dance, the latter of which was still releasing a Wii version up until Just Dance 2020. At the end of 2019, Nintendo brought Ring Fit Adventure to the Switch, which added RPG mechanics and a story to complement its new fitness peripheral. There’s now a fair few options for those who want their Switch to be part of their exercise routine, and Knockout Home Fitness focuses on boxing and kickboxing to help players burn calories and get in shape. As someone who has spent the last few months working on getting in shape, I can say that Knockout Home Fitness can definitely help you break a sweat, but it awkwardly straddles the line between catering to beginners and more advanced fitness enthusiasts. 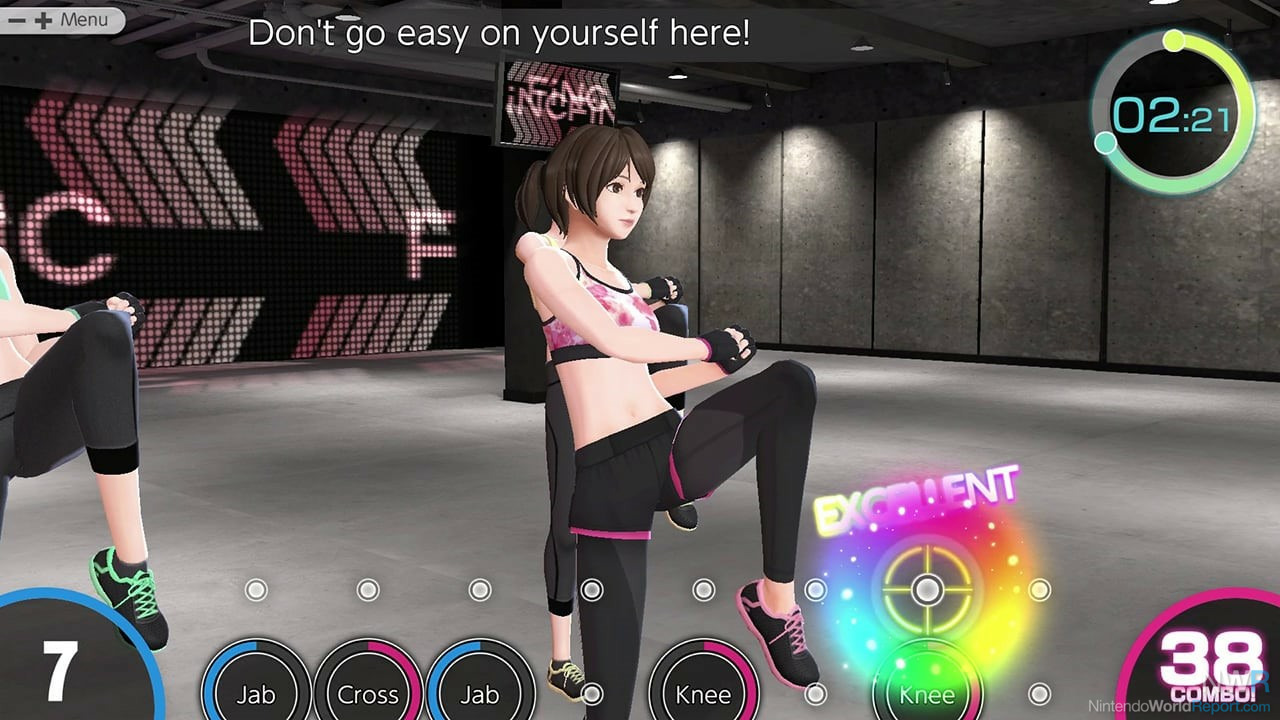 From the main menu, there are three options: Personal Training, 3-Minute Fitness, and My Report. The lattermost of these simply presents a calendar that tracks which days you exercise and how many calories you burned, which may be tailored to the weight you indicate in your profile. The mode where you’ll likely spend most of your time is 3-Minute Fitness, since Personal Training is only available once per day. 3-Minute Fitness features 60 different short workouts centered around activities such as Warm Up, Boxing, and Fight, and you can choose from any that are unlocked and repeat them as often as you wish. Personal Training selects about three workouts that you do in succession, lasting about 10-12 minutes. I found this mode to be a nice way of either starting off or ending my day. The problem here is that Personal Training is basically the only way to unlock new activities, and usually only one or two at a time. This means it takes weeks of play just to unlock all the workouts in 3-Minute Fitness. While this may not be an issue for someone just starting their fitness journey, I found the slow rollout of individual workouts to be a bit of a drag.

As far as the actual gameplay of Knockout Home Fitness, your selected trainer stands in the middle of the screen accompanied by two assistants. As they guide you through the different routines, the bottom of the screen features rows of eight beats that gradually scroll up and indicate which actions you need to perform while holding a Joy-Con in each hand. The bottom right corner of the display indicates your combo, and higher, uninterrupted combos will yield a better score at the end of each workout. It’s a bit unfortunate that achieving a gold crown and a score of 100 requires that every single action earn an “Excellent” rating; I’ve had dozens of perfect workouts spoiled by a single “Great” rating deriving not from missing an action but from a Joy-Con being overly sensitive. 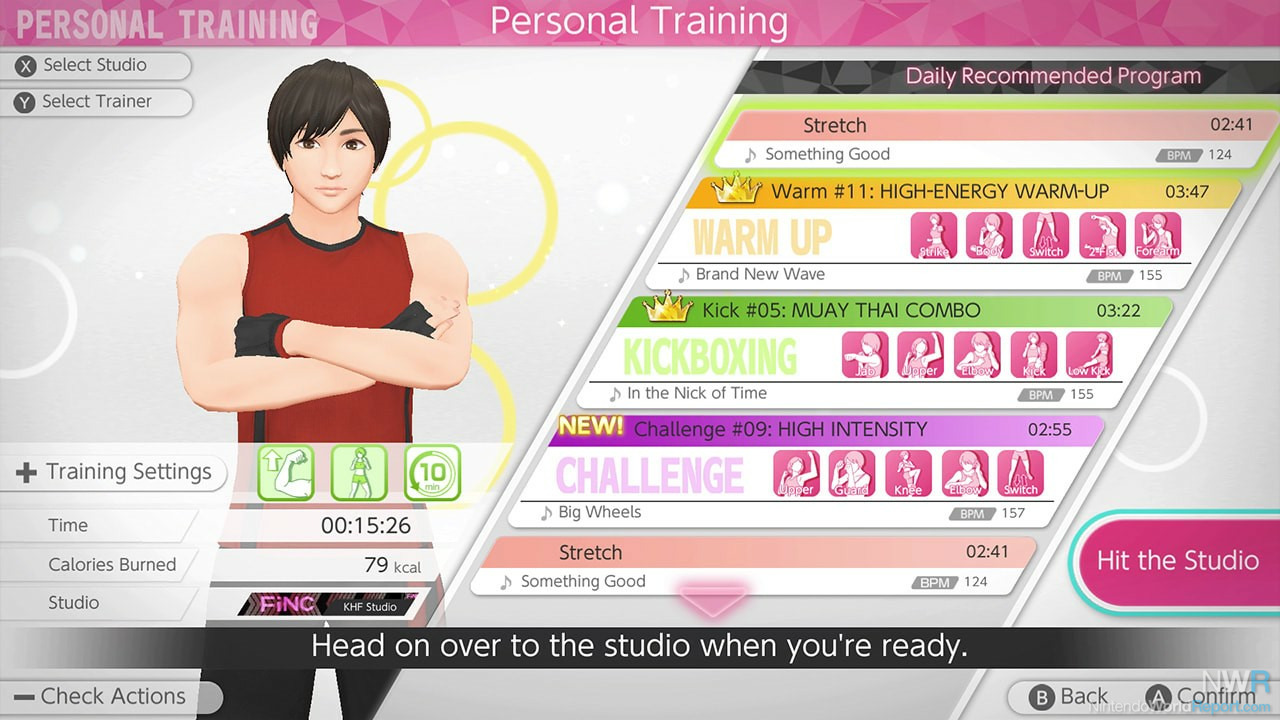 As the actions to perform appear from the bottom of the screen, your trainer diligently coaches you through most of them. It can be a bit frustrating when they deviate from their pattern of shouting out the moves and interject with generic feedback and other comments, especially how often these are just recycled. There isn’t much unique dialogue across the trainers, either, and the models themselves could be a bit easier on the eyes given their prominence on the screen. The music is pretty generic as well, with no tracks that I was able to recognize: just your standard elevator-ish gym/fitness themes.

Overall, I was able to get a decent sweat on by pairing the Personal Training with about five or six extra 3-Minute Workout selections. As someone who does gravitate a bit more towards the type of activities in this package ( different types of punches, knee raises, and low kicks), I enjoyed my time here and will likely come back to Knockout Home Fitness when I can’t get to the gym or the weather makes a walk or run less palatable. Still, there’s an odd disconnect between how long it takes to unlock everything—including new backgrounds, music, and the four total trainers—and how little tutorializing there is for the actual movements you’re performing. After the first day of play, I never felt like new punches and other motions were explained as well as they could have been. With the judges having reached their final decision, it would seem that Knockout Home Fitness doesn’t quite live up to its name. It ends up being more of a split decision. If you’re looking for a fitness game focused on boxing, it’s worth going a few rounds with this one, but otherwise you might be better off with another trainer.