WarioWare: Get It Together! (Switch) Review

When a game’s subtitle calls out the company who made it.

WarioWare has always been something of an oddity as a series, one that has both experimented heavily but also flirted with growing stale. Since its fledgling release on the GBA, Wario and his pals have taken advantage of touchscreens, motion controls, and cameras to deliver their signature brand of microgaming entertainment, to varying degrees of success. Almost every entry has attempted to make use of its platform’s unique features, and with Get It Together! on Switch, it’s co-op multiplayer receiving the spotlight. While there are brief bouts of fun to be had with its various modes, the omissions are much more glaring, especially when it comes to online play and what opens up after the story concludes.

Story mode is both the primary single-player experience and the method through which new characters are unlocked. You can roll credits in about two hours, and doing so opens up some extra map sections with a few more characters that can be added to your stable. The premise is that Wario has developed his own video game machine but inadvertently filled it with bugs, and after he and his group are transported into said machine, they must go from game to game culling the bug infestation by playing a series of 15 or so microgames. As you meet familiar characters like Mona, Jimmy T, and Orbulon, you’re forced to play through their set of microgames with them in your crew of three or four, but the remaining members can be selected from anyone previously unlocked. 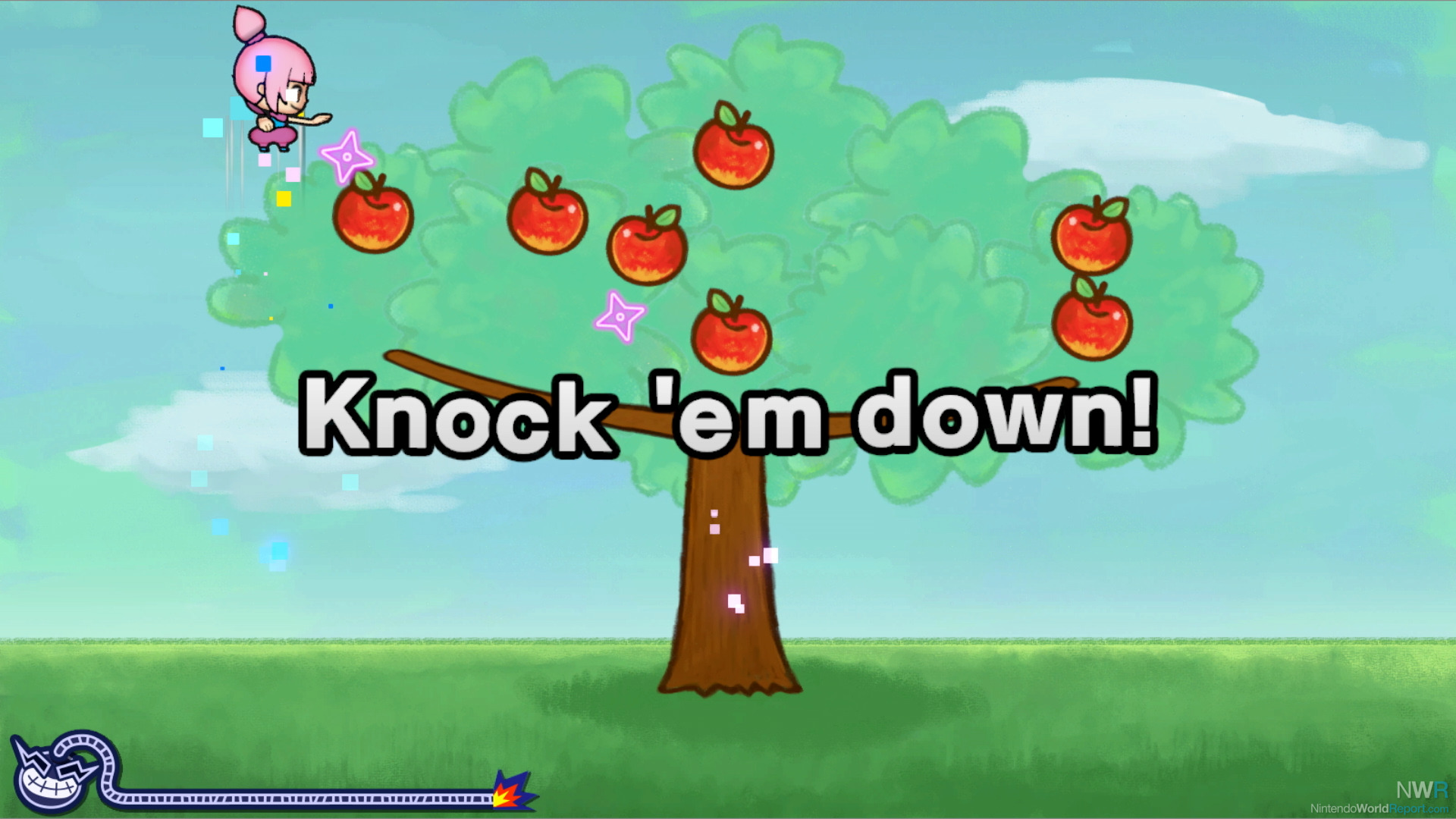 That’s another mechanic unique to Get It Together!: the individual characters all play slightly differently, and so you need to figure out how each one can use their own skillset to best complete each microgame thrown at you. Mona rides around on her scooter and can throw and control a boomerang; Orbulon floats around on a flying saucer and can activate a tractor beam; Jimmy T can dash repeatedly in any direction. Certain characters are better suited to the different microgames, and this does add to the variety when replaying the same ones over and over again. While some of the characters like Mike and Dribble & Spitz simply shoot projectiles left, right, or up, meaning they play in a very similar fashion, some of the later characters and the post-game ones, in particular, are a bit more interesting.

The microgames themselves are still excellent, and they're well-designed to be completed by all the different characters available. The dozen or so that make use of other Nintendo properties, such as Breath of the Wild and Yoshi's Story, are always a delight to see. Even if the total number is a fair bit short of WarioWare Gold's 316, the slapstick, nonsensical humor and imagery make playing them a treat. Given how important they are to the overall Get It Together! package, you'd think there would obviously be multiple game modes that just let you play through all of the microgames available. Unfortunately, that's not the case. 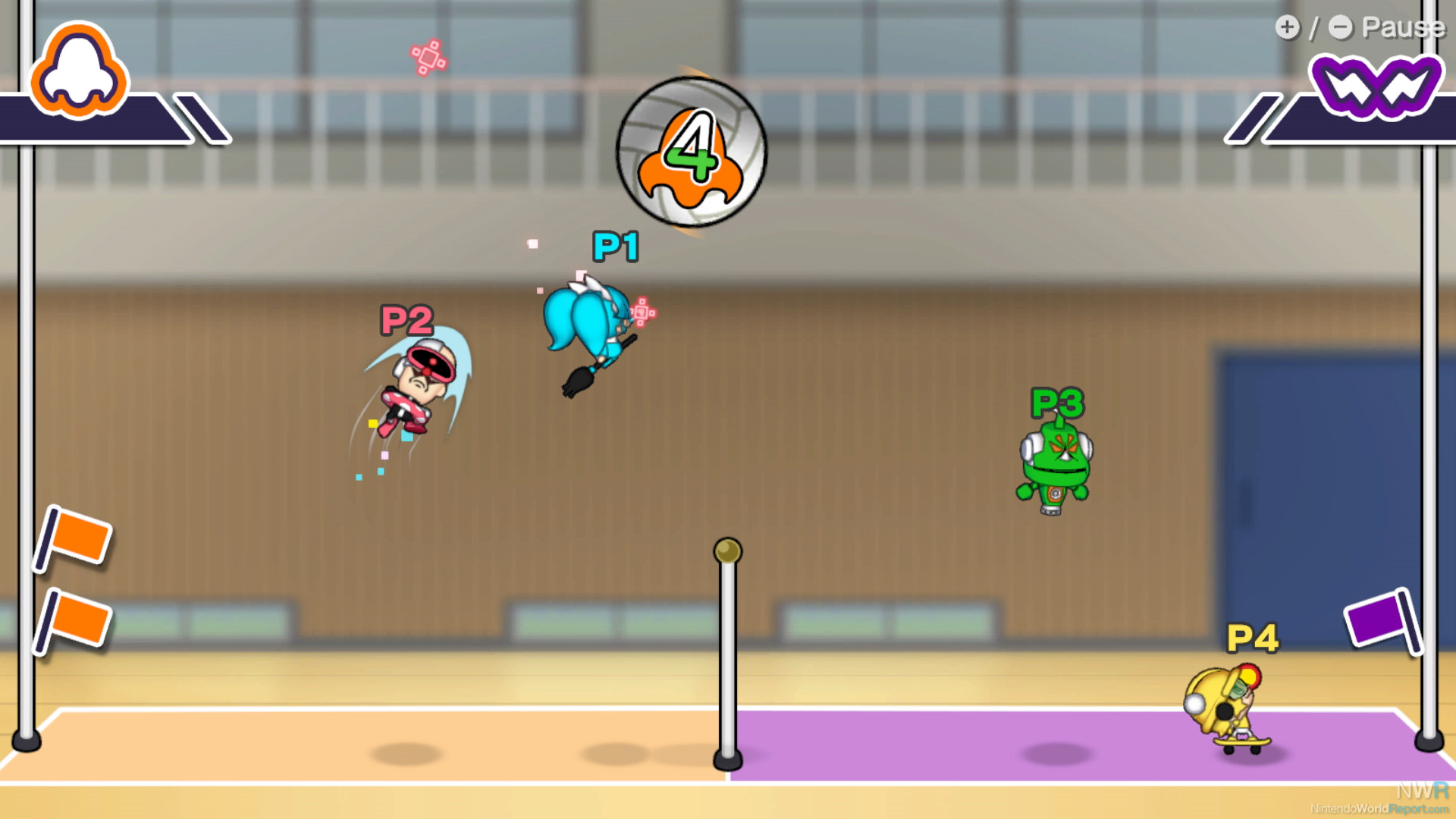 Before touching on the local co-op and multiplayer options, I’ll highlight that there is but one online mode in the game, and it’s basically just an online leaderboard. Wario Cup becomes available after finishing the main story, and it offers a single challenge each week with a set number of rounds to either earn the highest score possible or achieve the lowest clear time. The challenge at launch involves only one character, 9 Volt, but the mode promises that later contests will feature different characters and even the option to choose your own, which can affect how many points you ultimately earn. Placing higher in the rankings can yield in-game prizes, too, but I wouldn't get too excited about them since they really only open up some basic cosmetic options.

In both Wario Cup and Story mode, you earn coins that can be spent to purchase Prezzies from the Emporium, and these can be given to your crew members to have them get promoted, opening up new color palettes and gallery images. Further promotions can also increase your Wario Cup score, which I was able to see after promoting 9 Volt a few levels for the release-week challenge. In theory, you would need to keep playing Get It Together! for dozens of hours to earn enough coins to promote everyone and unlock all of the palette options and images, but there isn’t enough meaningful content to encourage this. 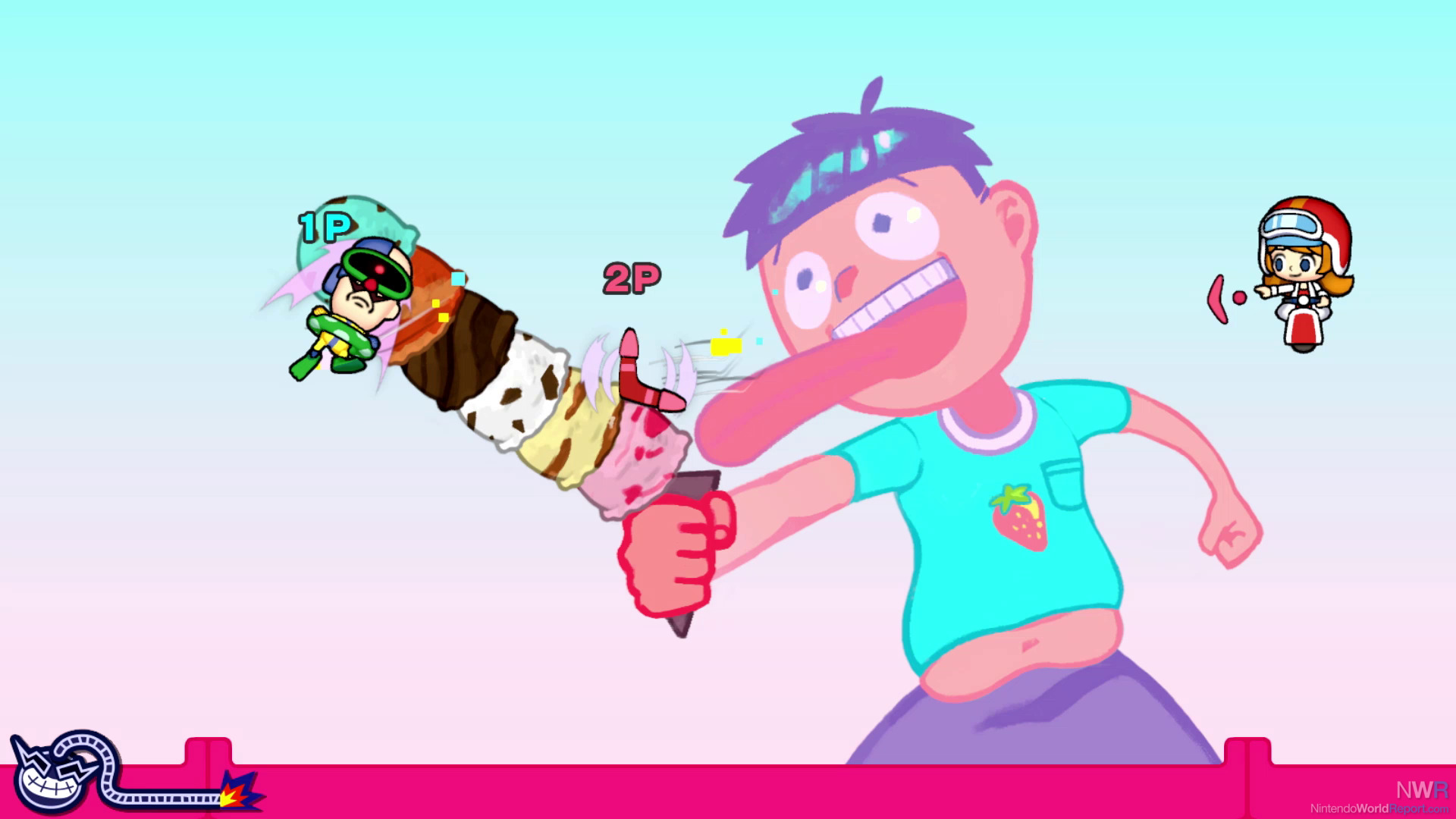 Another set of mini-games courtesy of the Variety Pack mode becomes available after finishing the story. These offer solo, two-player, and up to four-player activities, ranging from fleeting shoot-'em-up like games and volleyball, to one-on-one microgame duels and frantic air hockey-like contests. It's hard to say that any single one of these mini-games stands out; however, it's easy to say that the ones designed for solo play are the weakest of the bunch. These offer only the most basic of gameplay and feature simple high score chasing that might be worth playing if they had their own online leaderboards, which isn't the case.

Presentation has almost always been a homerun for the WarioWare franchise, and the same can be said of Get It Together!. The vibrant colors, amusing sound effects and cutscenes, and catchy tunes add much needed window dressing to an experience that feels lacking in many other areas. It’s funny how convinced I was to purchase the game after playing the free eShop demo and then how letdown I feel by the final product. I’m still baffled that there isn’t a sound test mode for how eclectic and catchy all of the music is. What’s worse is that the meager amount of dialogue isn’t even fully voiced. You’ll get a single word or brief phrase here and there, and then nothing. There’s evidence enough here to suggest that Wario himself was actually one of the people who worked on this game; I'm not sure how else the game could feel so sabotaged.

Get It Together! feels like a WarioWare D.I.Y. project that never got finished. As far as I can tell, there’s no mode or method for just playing a random assortment of all 220 or so microgames, in single or multiplayer. The Story mode arranges them in groups of approximately 23 around a set theme, such as “Nintendo Classics” and “That’s Life,” and in solo play that’s about it, especially given how the single-player options in Variety Pack are pretty joyless and feature no microgames at all. For those who are able to find another player or three, Get It Together! offers some decent value, but so much of the side content just isn’t compelling enough to justify a purchase, and it’s hard not to see the Switch’s WarioWare game as another Game & Wario, where the schtick is all there is. At the end of the day, Get It Together! hasn’t even heeded its own admonition. Ironically, the absence of any meaningful online experience means that most will be left to “get it together” on their own.

This reminds me of the MarioKart 8 review.  Where the game is being compared to some sort of ideal, that most Nintendo fans aren't looking for.  Nintendo is clearly going for couch co-op fun.  I do not care about online play or a sound test mode.  I just want the mini-games to be fun.

There is literally a mode called "All Mixed Up" in the story section where you are able to play all of the mini games you've unlocked in a random assortment. This game is also 100% in line with all the other WarioWare games before this in terms of single player content. WarioWare Gold only has as many microgames as it does because it's a compilation of mostly old microgames. The mainline games in the series all have around 200+. Dismissing Wario Cup and saying this game has basically no online mode at all is also very strange. The entire point of WarioWare is high scores and being able to compete with friends has been a huge bonus to the WarioWare experience for me. I'm disappointed about the lack of unlockable toys and stuff the series usually has but other than that I think this is a great package.

This is literally a party game, why did you play it on your own?, you didn't even touch most of the multiplayer only side modes. it's like playing mario party, not playing any of the multiplayer modes, then giving it a 3/10. not to mention how you straight up lie and say that there's no way to play all the microgames at the same time, there's literally a mode for that "All Mixed Up",the game literally forces you to play it at least once.