A charming little bird who skates off a cliff to a rollicking soundtrack.

Blending the majesty of Tony Hawk skateboarding games with the adorable charm of birds and good-natured humor should be an absolute slam dunk. As a person who counts Tony Hawk’s Pro Skater games among my favorites, Glass Bottom Games’ SkateBird should be a game made for me. That’s what makes the end result so disappointing and frustrating. For every endearing moment and smart gameplay choice made, there’s a camera you regularly have to fight with and controls that constantly descend into maddening struggles. It’s a shame because the moments when it all clicks are enjoyable. It’s a rush taking your little designer bird around the handful of levels while rocking out to We Are The Union and other skate-appropriate tunes. SkateBird rules in those moments. That just happens way more fleetingly than I hoped. 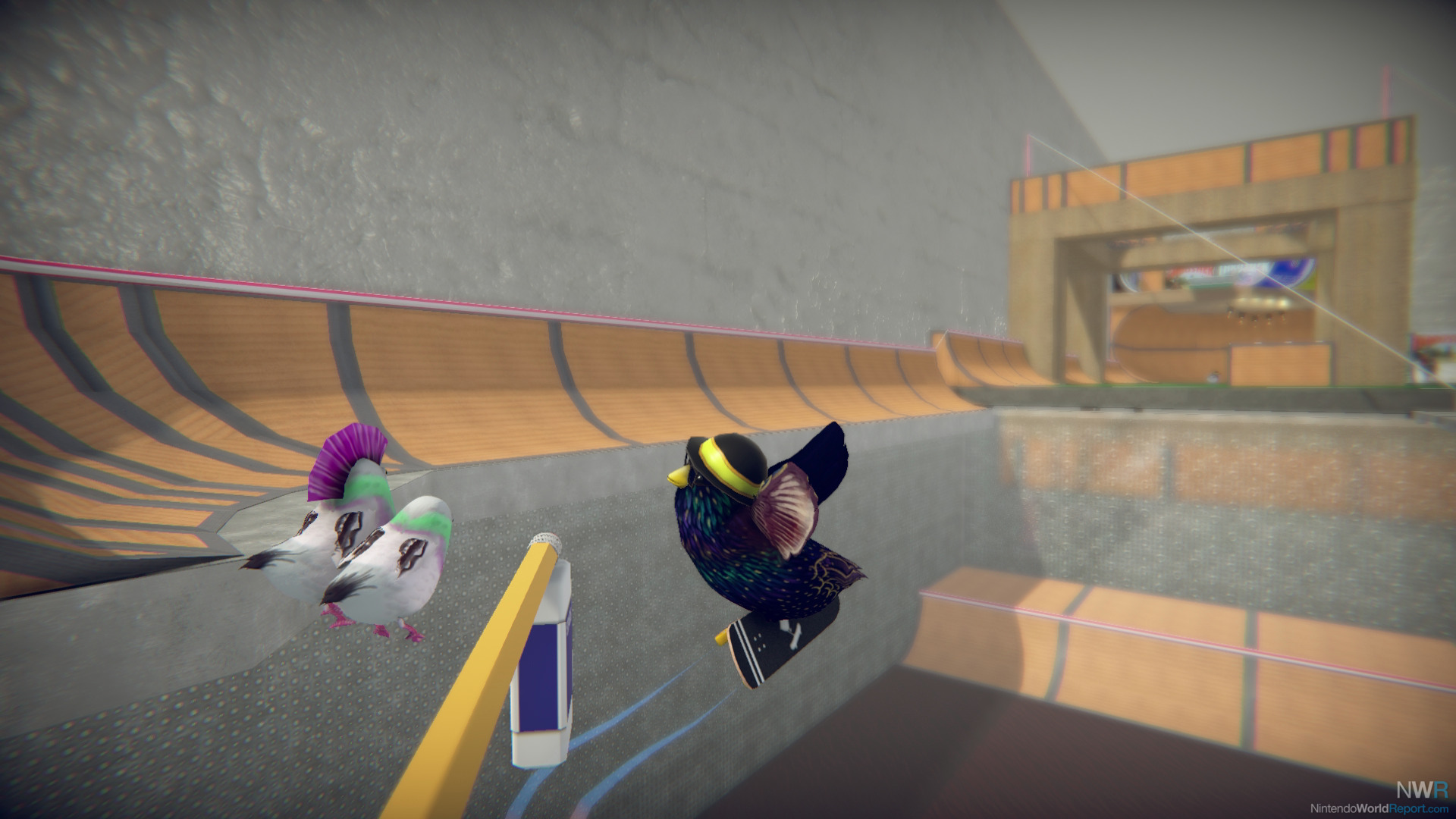 The primary focus is on a campaign mode where you journey through different levels, completing missions to unlock the next one. A cute narrative drives everything forward, as your bird misses Big Friend (aka their human owner) and tries to figure out how to get them to come back home. The writing is good-natured and silly with a lot of humorous recurring characters. I appreciate the appearance of the avian Anthony Hawk. Finding missions in the world, however, is a chore. While the levels aren’t incredibly large and labyrinthian, they are big enough and the quest givers are small enough that it’s difficult to just spot them while skating around, especially when playing in handheld mode. A mini-map does exist, but only a small zoomed-out view of the whole level that is found on the pause screen. Quest markers are dotted there, but it’s clumsy to try to go between the menu and playing to figure out where to go next. It was better to just aimlessly skate around, even if that was still suboptimal.

Thankfully, aimlessly skating is fun. Until it isn’t. One of the key parts that makes other skateboarding games engaging and rewarding is tight controls that, once you learn them, let you do incredible tricks and combos. That’s true for arcadey experiences like Tony Hawk or more simulation-heavy ones like the Skate series. In SkateBird, the controls are flighty and loose, which might make sense because you’re a bird, but makes it incredibly frustrating to play. I regularly got stuck on in-game geometry and never felt like I had a good handle on how my bird moved and responded as I zoomed around levels trying to complete quests and keep up combos. Humor can be found in watching your bird bail and bounce around the level, but the imprecision stops being endearing at a point. You can tweak a lot of the settings for controls to a high degree, but no matter how I tweaked the speed or tricks, nothing ever felt right. 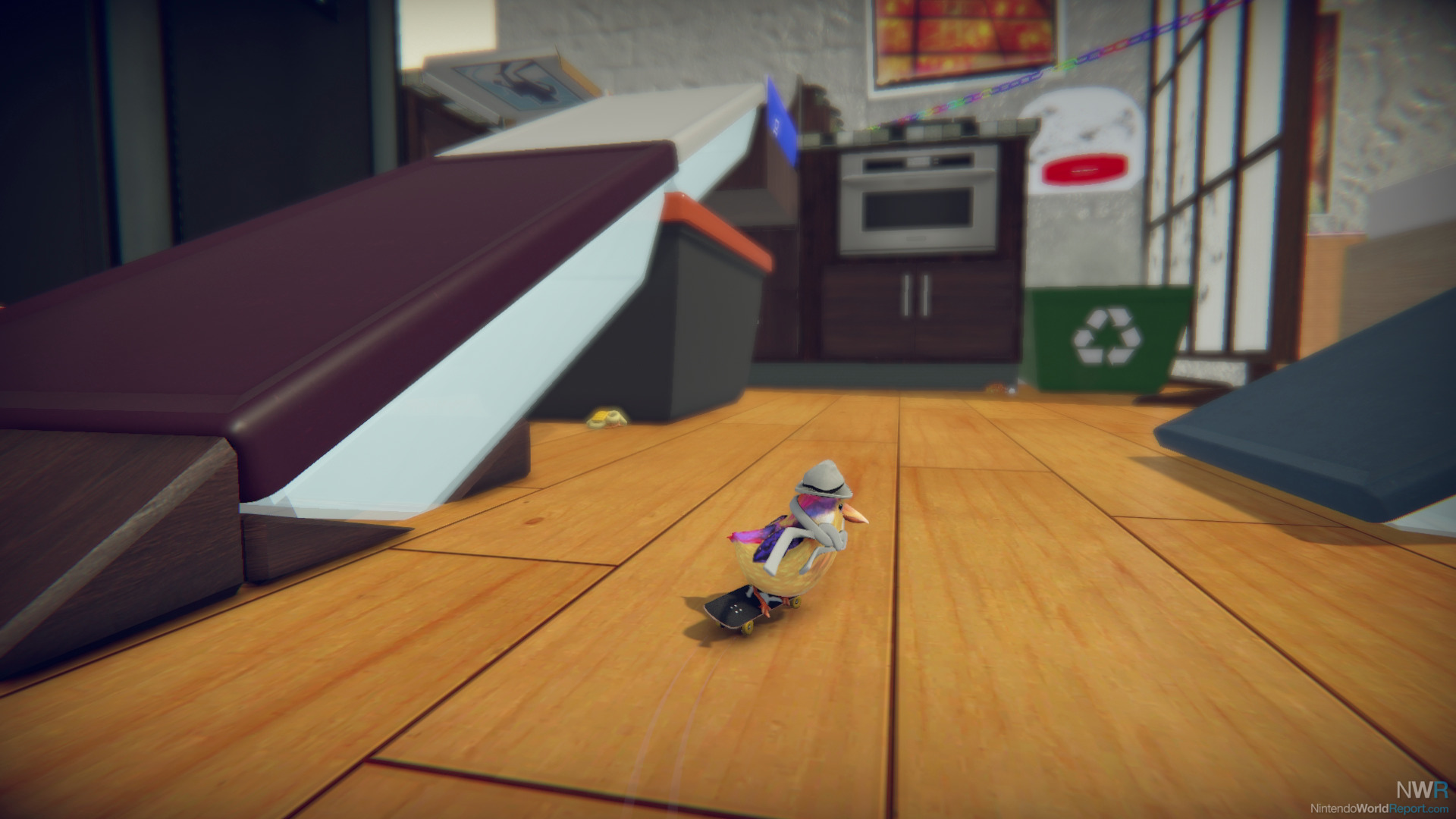 Adding to the controls frustration is the reliance on the Fancy meter, which increases your speed as you land tricks without bailing. Your bird won’t be able to skate up most hills if your Fancy meter isn’t at least partially filled, which means if you want to move around to different parts of a level, you have to make sure your meter is always filled. That gets worse when a chunk of missions are based on exploring levels to find different items, usually needing to trick off of certain ramps or rails to get them. A full Fancy meter is more or less required. Trial and error and tiresome repetition become way more drawn out because of how necessary the Fancy meter is to success.

For as disappointed as I am with SkateBird, the soundtrack is not disappointing at all, though the fact all the licensed music is locked behind collectables means it takes a while to reach the highest highs. Nathan Madsen’s chill lofi score fits the tone well, especially in the narrative segments, but I mostly enjoyed the moments when I could blast We Are The Union while playing. I was previously not aware of the other three bands featured (Illicit Nature, Grave Danger, and HolyWOW), but it’s delightful to see ska and punk being represented in video games, especially a skateboarding game. It just feels right. 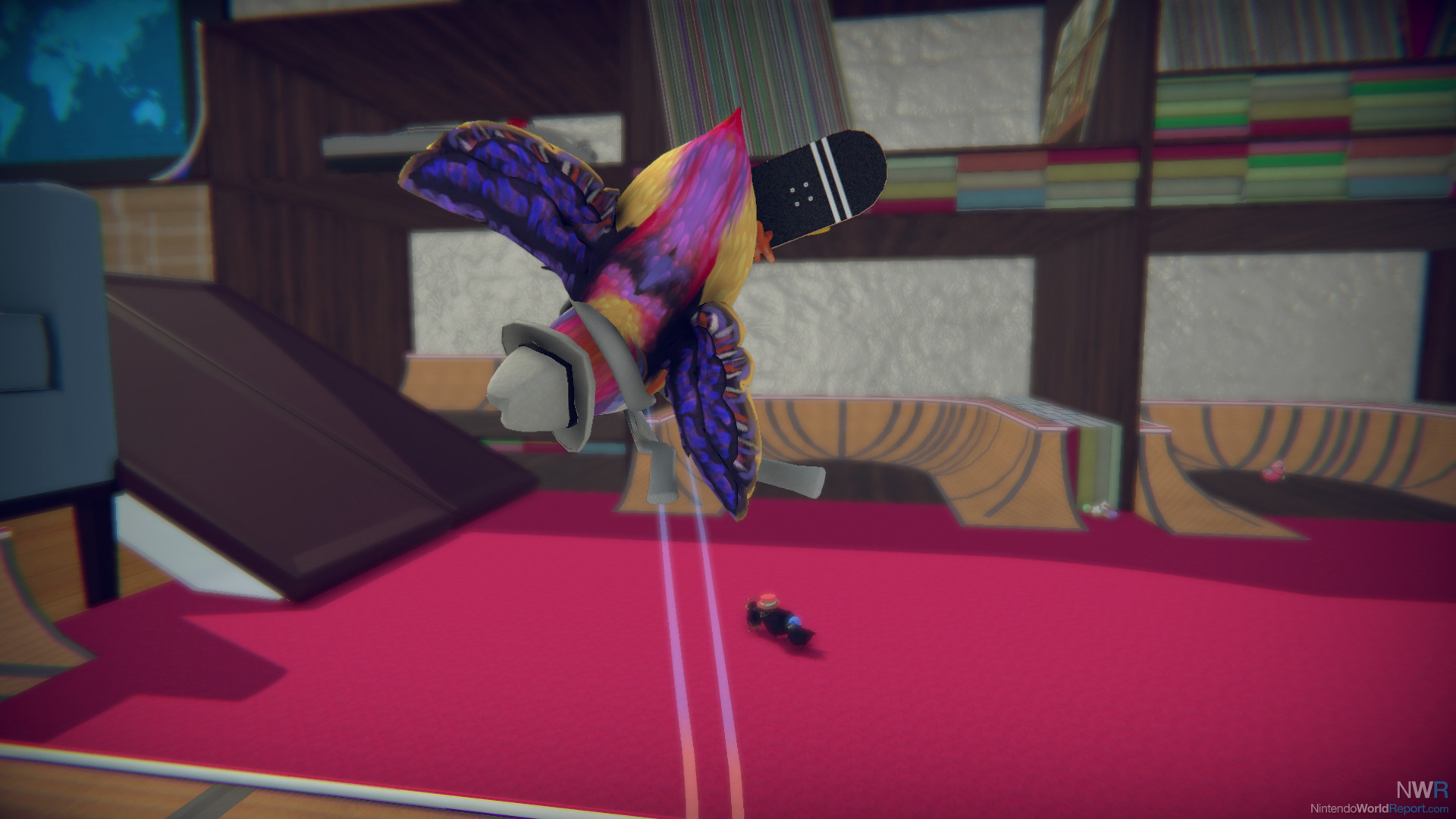 SkateBird was a game I anticipated since I first heard about it. A whimsical bird-focused take on skateboarding seemed delightful, but in execution, frustration dominated my playtime, whether it was struggling to find missions or battling with the loose controls. Charm is the saving grace that led to me having short-lived enjoyment. Overall, SkateBird is way more reminiscent of the janky but sometimes enjoyable games that came out in the wake of Tony Hawk’s Pro Skater’s success than the original product itself. 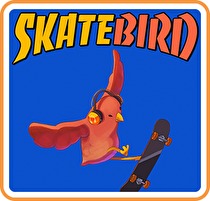