Demagog Studio invites you to take a look into the not too far-fetched future in Golf Club Wasteland. The ultra-rich have left earth and its inhabitants for dead after "the ecological catastrophe" and are now living in Tesla City on Mars. Earth—now a corroding heap of factories, yachts, toxic waste, and skyscrapers—is the perfect spot for the ultra-rich to enjoy a trip back home and hit a few birdies.

You play as a nameless bald man—who bears no likeness to anyone in particular— progressing through Golf Club Wasteland's (GCW) 35 stages of 2D golf/puzzle style gameplay. The controls are incredibly simple: aim with the left stick, tilt the stick more or less for shot-strength, and then swing with the A button. That's it. You move automatically with the personal jetpack attached to your hazmat suit, following the golf ball after every stroke. 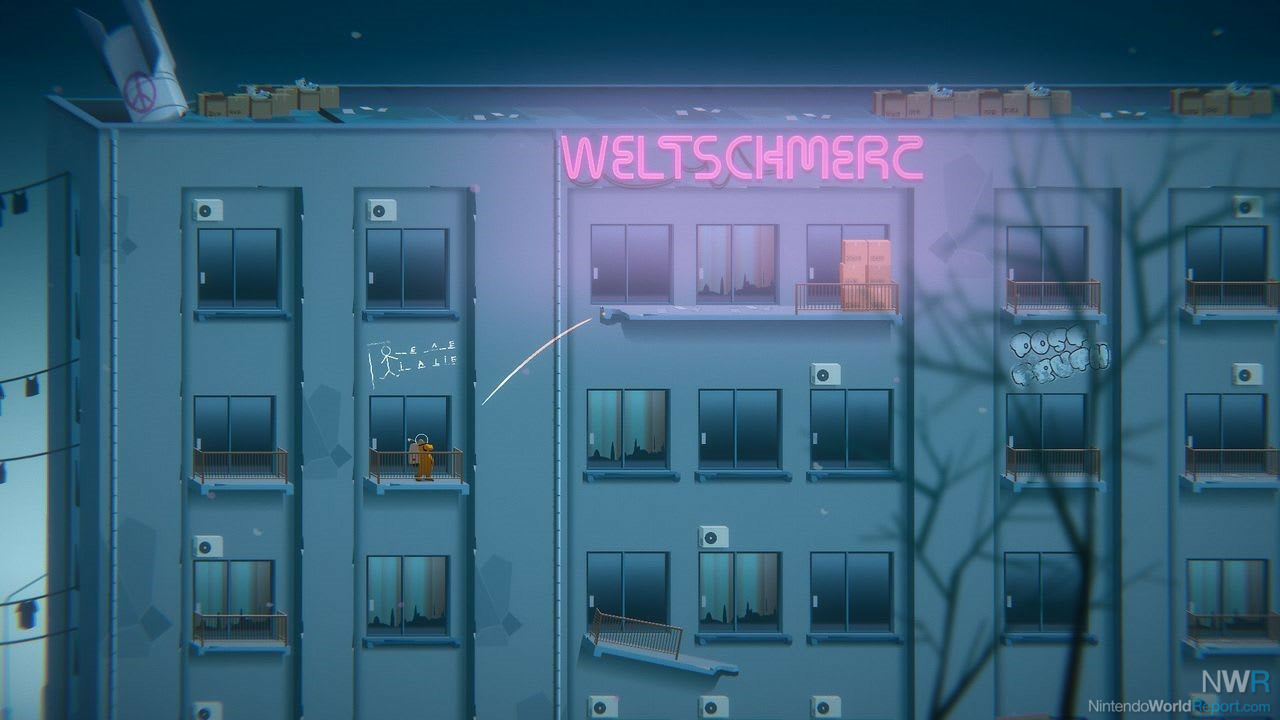 The simplistic scheme allows for the game's startling ambience to set in. As you boot up the game you'll notice the "headphones recommended" message at the bottom of your screen. That's because, for the most part, GCW's story is told passively through an in-game radio station dubbed “Radio Nostalgia From Mars.” It alternates between playing interviews from survivors of the catastrophe, Mars-related PSAs, or even music of the era and of days past. It offers an incredible yet melancholic backdrop to the simplistic gameplay on hand and lets your mind wander while you contemplate your next shot. It becomes a relaxing if sombre experience when play is in your favor, much like a round of eighteen on the bones of civilization must feel.

The 2D art style serves as the highpoint after the music and sound. The graphics on display bring to life the bleak future of this post-apocalyptic earth. Hazy blues are cut by bright neon pinks, often highlighting the brand names of some of the last companies to grace the surface of the Earth. Layering and depth are seldomly used, but when they are, they’re done cleverly with wildlife filling the foreground of your screen, acting as your adoring crowds wondering what in the world you might be doing. 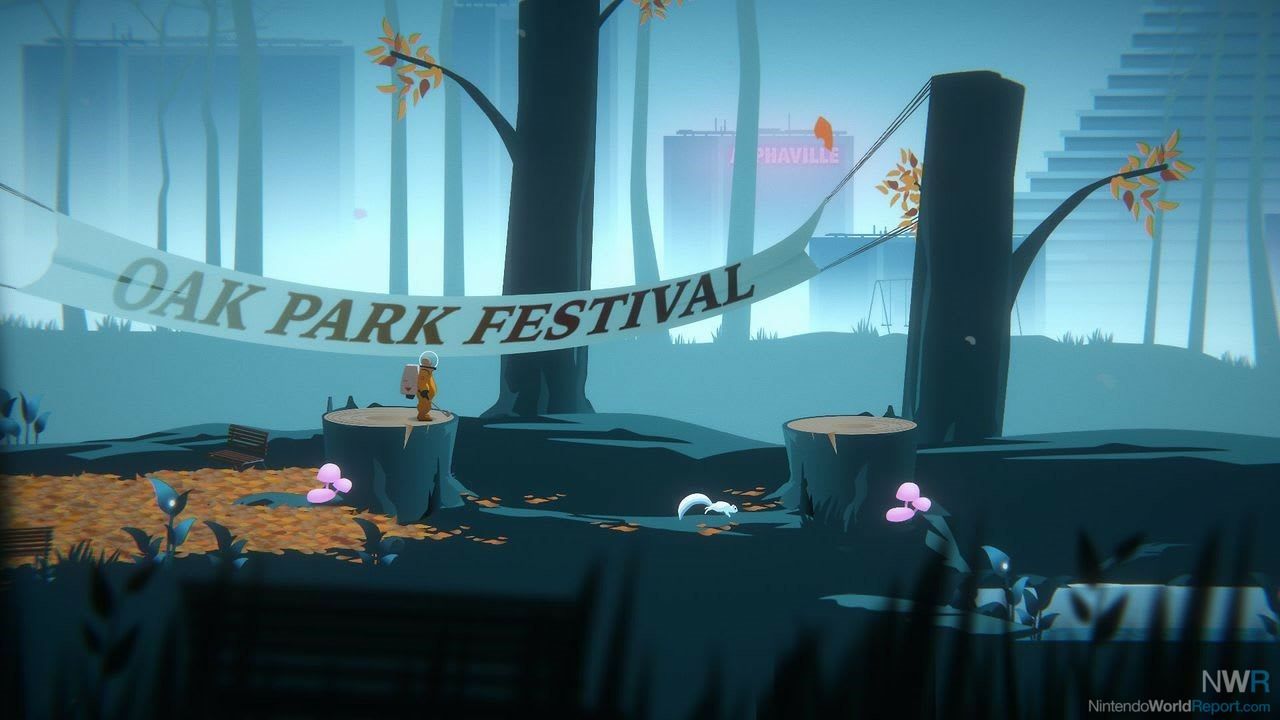 With so much going for GCW, it’s unfortunate to say that the gameplay does not hold up compared to the audio and visuals. Although performance is steady as a rock (especially noteworthy for a multiplatform release), the level design never feels as creative as it could be. You’re often tasked with having to shoot your way up frustrating skyscraper staircases that demand high precision play, unless you’re playing on the game's “story mode” which removes the stroke limits in each stage. Otherwise, GCW’s puzzles are more like obstacles and some things as simple as hitting a switch on the wall become annoyances, as it can be the case that missing your first attempt on the switch is enough to warrant restarting the stage. While there is still charm to be found with hidden shortcuts and comical ball transportation, the gameplay isn’t fun enough to make par. More elaborate stage design and better control over your ball trajectory would be welcome additions here.

Golf Club Wasteland is a thought-provoking piece. Its story, not only told through radio but also your golfer's diary, is expanded on further after you beat the game, making it a worthwhile experience overall. It’s worth noting that the audio is on a loop and you will eventually run out of new content from the radio station, but it’s an incredibly effective oral storytelling mechanic. Seeing as this is Demagog Studio’s first outing, I am very keen to see how they grow as a developer. There is some amazing talent and creativity on display, and should all the pieces fall into place, barring ecological catastrophe, their next title would be one to watch out “fore.”