Those stars are seeming farther and farther every day.

After its original release on Wii over a decade ago, Sonic Colors became one of my favorite games in the Sonic franchise. It’s second only to Generations in my mind, lacking some fine-tuning and polish of that successor but still managing to succeed at an experience that’s kinetic, flashy, and sometimes genuinely funny. Sonic Colors Ultimate promised to be a welcome chance to replay that beloved classic, and while I believe the actual game itself holds up, Sonic has undoubtedly had a rough transition to Switch.

Sonic Colors is what fans of the series call a “boost style” game. Gameplay swaps back and forth between a behind-the-back view that feels almost like an on-rails game and a side view that matches traditional 2D platformers. The boost style’s namesake is a signature ability that Sonic can use to, well, boost! At the press of a button, he gains a large burst of speed that also deals damage to anything in his way and helps clear gaps that you normally wouldn’t be able to jump over. You only have a limited amount of boost power though; while it can be regained easily by defeating enemies or collecting pickups, you’ll run out of energy quickly if you use it for too long.

This setup makes for a version of Sonic that feels like a natural evolution of the original Genesis games into 3D, capturing both the speed and precision platforming that made the series famous. The downside is that the controls can be a bit frustrating any time you’re doing anything but moving straight ahead, which Sonic Colors unfortunately asks you to do every few levels. This is probably the part of Colors that has aged the worst, and while this was improved a lot in the next game (Sonic Generations), it can feel like a step backwards a decade later.

Levels are designed with multiple paths that you can traverse through, with there typically being a fast path that requires a lot of technical skill and a slow path that you’ll end up on if you aren’t up to snuff. This sort of level design lends Sonic Colors to being a game that is incredibly fun for speedrunners since you’ll want to explore levels to find the quickest way to the end. Unfortunately this means that if you’re not interested in replaying levels to improve your fastest times, then you’ll probably end up underwhelmed by the game’s shorter length of around six hours. 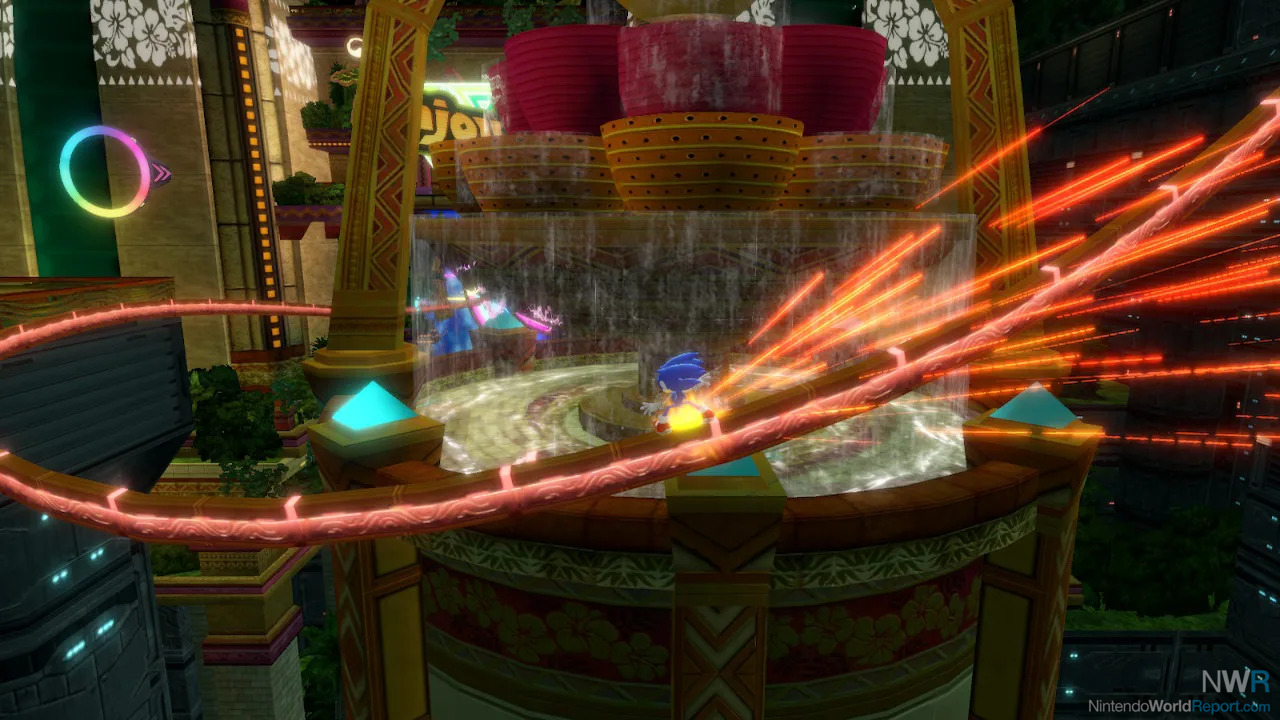 Colors’ signature shake-up to the formula was the addition of Wisps: alien allies that can be found in levels to give you special powers. Wisps temporarily transform Sonic, drastically changing how the game is played for a short time. These brief transformations can be a neat change of pace, but most of them are fleeting at best and never have the same utility or fun factor of Sonic’s innate moves. Some, like the Purple Frenzy that changes you into a ferocious beast that breaks down obstacles, are a blast. Others, like the Orange Rocket that sends you 100 feet into the air without letting you tilt the camera up at all before firing, are just frustrating.

As a Switch port, Sonic Colors Ultimate strips away a lot of love I had for the original game by somehow being an inferior version. I should note before we get into this that Sega’s social media manager for the Sonic franchise has confirmed on Twitter that there will be an upcoming patch for the game to address some issues. However, since there are currently no details on when that patch will be released or what exactly it will address, all I can do is speak from my own experience playing the 1.0.3 version.

Hey everyone! Appreciate all your feedback on Sonic Colors: Ultimate, and the teams are listening and assessing for an upcoming patch. Thank you all for your patience as we dig into this!

The most immediate and noticeable downgrade is the load times, which on average are nearly triple that of the Wii original. Each level’s music begins playing on the loading screen, and it’ll often be ramped up out of the intro before you even get to see Sonic. This would be disappointing in any game, but for a game that encourages you to replay levels over and over it’s pretty discouraging.

The framerate is also a huge disappointment. On Wii, the original version runs at a rock-solid 30fps which was increased to 60fps on Xbox One, PS4, and PC. The Switch version not only fails to live up to its contemporaries, but it somehow can’t even match the original. It’s common to see the framerate drop below 30fps, especially when using Wisp powers. Some graphical effects are also missing, such as laser obstacles that can damage you that are now invisible—which makes the entire level based around them awfully frustrating. Even the sound design is a mess, with sound effects at wildly different volumes bouncing back and forth between stereo channels with no clear rhyme or reason (which is only made worse if you play in surround sound like I do). 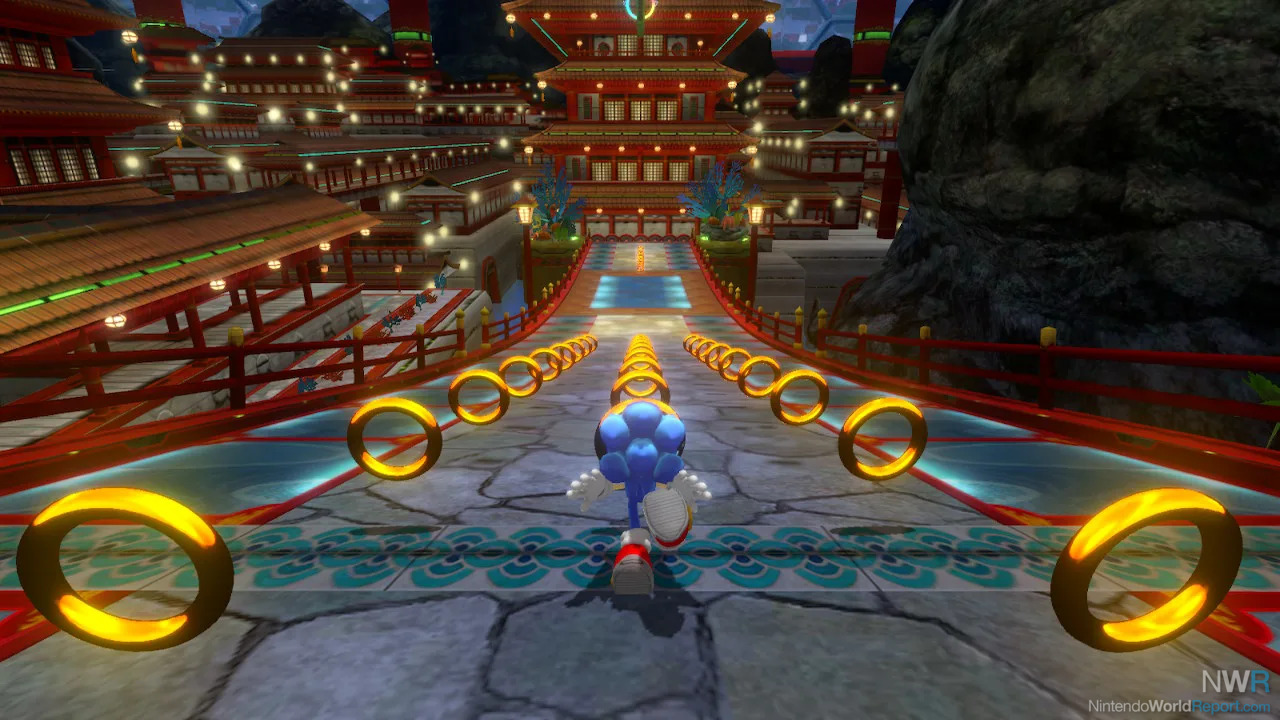 In the grand scheme of Switch ports this frankly isn’t too out of place; multi-platform releases like The Witcher 3, Doom Eternal, and Overwatch all had to make sacrifices to run on Nintendo’s weaker hardware. The difference is that Sonic Colors isn’t a modern AAA video game; it was originally released on Nintendo’s weaker hardware of years past—and in fact it was exclusive to the Wii until now. The only improvement is a higher resolution, but given the original game ran at 480p that’s less impressive and more the bare minimum of what’s expected in 2021. When placed next to other Wii ports like Skyward Sword, Super Mario Galaxy, and Resident Evil 4, Sonic Colors Ultimate simply looks embarrassing.

In addition to all of these issues, there’s also been a lot of talk online about a glitch that severely disrupts the game’s graphics, rendering it near-unplayable. There has been some argument as to whether this glitch actually occurs or if it is a problem exclusive to players who are using emulators. As of now I can confirm that this glitch does occur in the 1.0.3 version of the game on real Switch hardware, although I had to intentionally replicate steps provided online in order to make it happen. It only occurred for me when I purposefully swapped between the world maps several times in quick succession. I managed to replicate it several times using this method, but I personally did not experience glitches this bad in my initial playthrough. 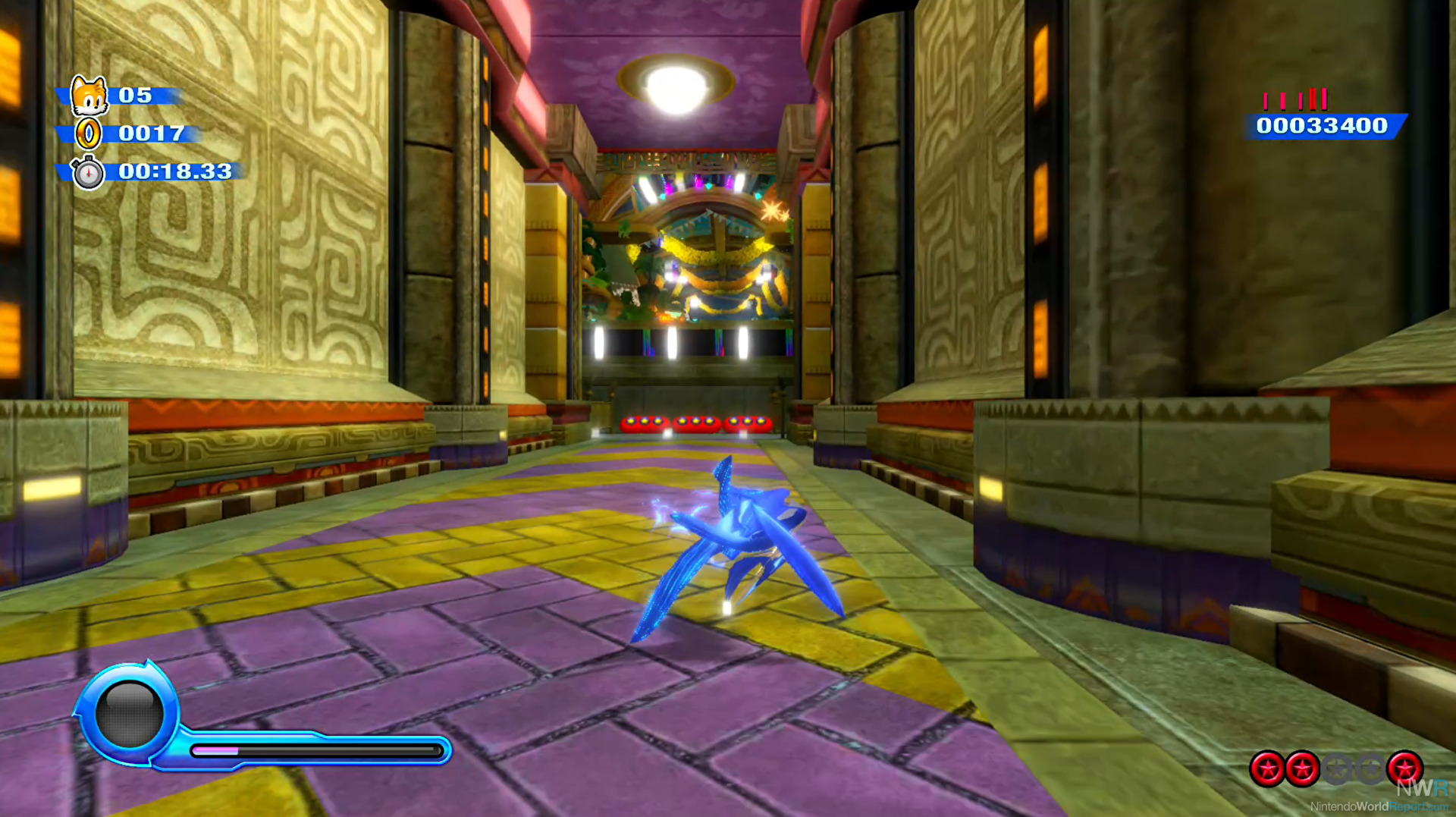 It should be noted that I played the game in multiple sessions and closed it to play something else at least once during that time, so perhaps things would have been different if I hadn’t completely closed and re-opened the game during my playthrough. It’s very likely that this particular glitch will be fixed by the upcoming patch, but there’s no word on whether the game’s overall performance will be improved. If the patch also includes improvements to the load times and framerate, we’ll make sure to update this review.

I had re-played a bit of Sonic Colors on Wii recently to reaffirm how much I enjoyed it, and this remaster simply does not feel like an upgrade. At its best it feels just like the Wii game, and at its worst it’s an obvious step down. There is some minor added content like cosmetics that are unlocked through new collectibles, but they simply can’t outweigh all the problems introduced in this version. The original version of this game is a personal favorite to this day, but Sonic Colors Ultimate on Switch is just a disgrace that only succeeds at worsening Sonic’s already poor reputation.