A new coat of paint laid onto an aging platformer.

Sega released Alex Kidd in Miracle World in 1986 for the Master System and the series has seen six total releases up to 1990. Now, Merge Games and Jankenteam look to revive the franchise with Alex Kidd in Miracle World DX; a remake that offers up a new visual style, additional levels, and some extras. Unfortunately, this brutal retro platformer is best left in the past. 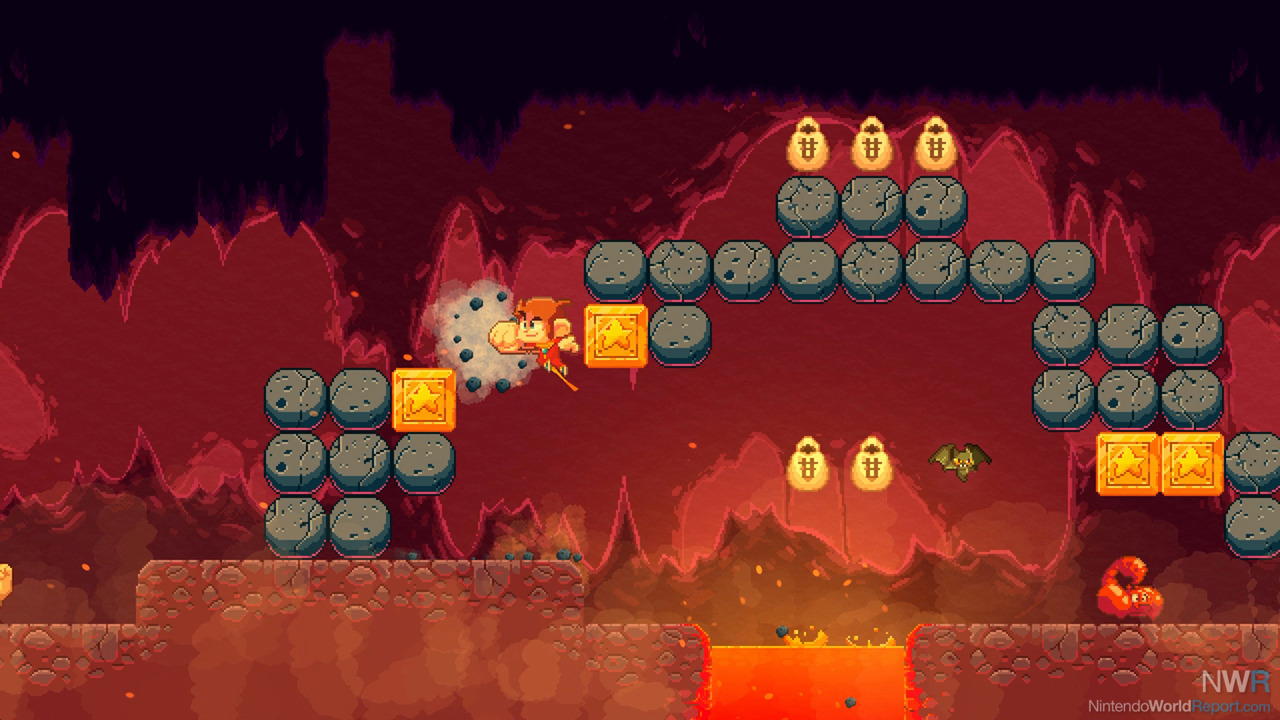 The simple “boy saves the kingdom” story that’s typical of games for the time is present, but it’s nothing to write home about. It works as a vehicle to motivate to give the journey a purpose but nothing more. The best part of this new rendition is that the visual style of Alex Kidd DX is gorgeous. Colors pop and environments are richly detailed. Each area is very distinct with its own visual flair. The title runs at a solid 60 frames per second which is vital for a 2D platforming title. Alex Kidd himself is animated very well, but the enemies are a mixed bag. Granted not everything needs to have the same amount of detail as the title character, but the models and animations are very minimalist except for certain bosses. The art style is very charming, which is the game’s greatest boon and metric of quality, and there are some neat additions to this release. One thing I always can appreciate in titles like this, is the ability to switch between different aesthetics. At any point in time with a press of the ZR trigger, you can seamlessly switch between the 1986 version's artwork and DX. The remake keeps the physics and controls of the new release, akin to changing palettes in Super Mario Maker. 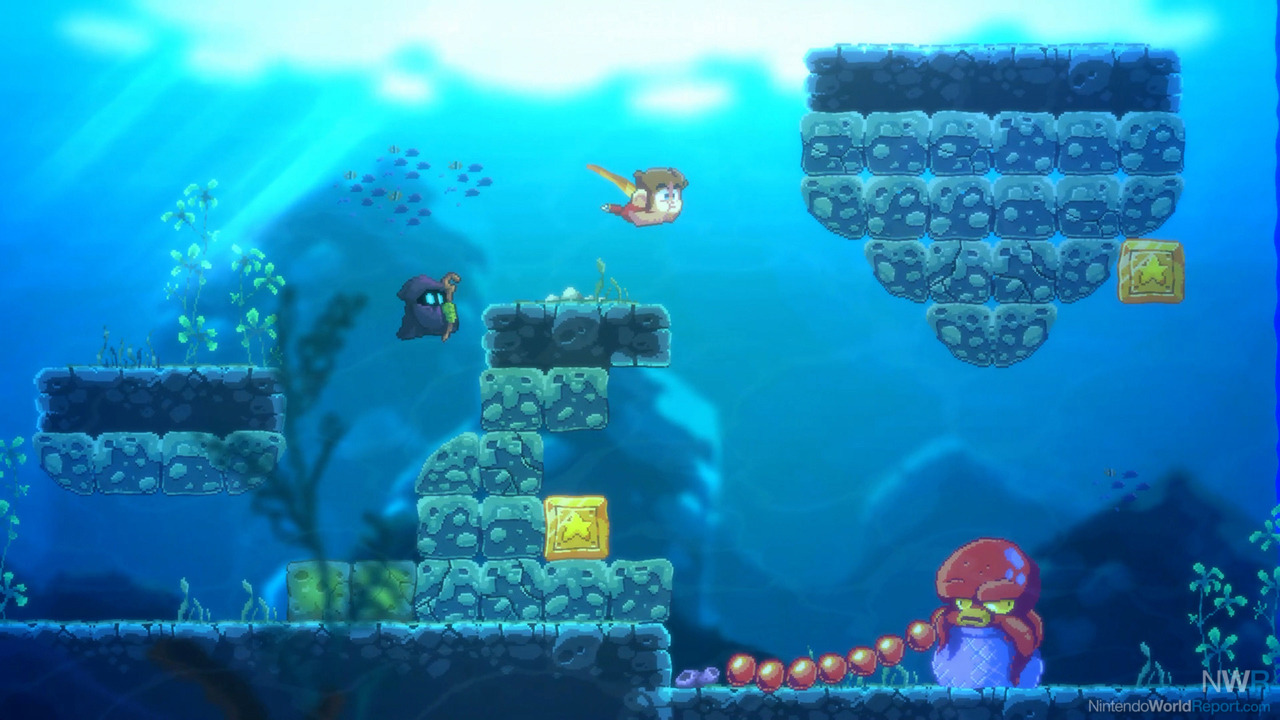 The levels work on a grid and Alex is twice as tall as one block. A very bare bones and simple way to describe it is if there is a solid wall of blocks, Alex needs to exactly clear out two blocks next to each other to clear a gap. As the levels continue, clearing gaps is much harder since blocks are the primary environmental obstacle and gaps limit his movement. There are shops at the start of levels that provide items that allow Alex to break blocks in a line or fly. Money for these is gained from golden blocks and enemies that drop bags. While this can alleviate the pressure, any items you use are lost upon death.

Credit where it’s due, the developers knew that the original version was hard and provided an infinite lives option. This is a fantastic addition for platforming titles from the past coming back, and I recommend turning this on by default. Alex Kidd is a typical 2D platformer with obstacles and enemies, but how to get to the objective at the end is extremely limited. I often had trouble with certain obstacles for what felt like way too long, and that mainly came down to the way Alex controls. He can jump and punch. The level layouts sometimes feel claustrophobic and punching complicates them. One hardware limitation that Miracle World DX decides to keep from the original is that once things scroll off the left or top side of the screen, they are removed from the data of the level. In other words, Alex cannot go backwards to regain an item or money. This is especially annoying when a checkpoint places Alex right ahead of an item that could’ve been very useful.

Alex Kidd in Miracle World DX’s physics are unreliable when adjusting where to land consistently. Once you jump, you usually are committed to where to land. The movement can feel a bit slippery in the tighter platforming sections, so being overzealous might cause trouble. I was encouraged to avoid as many enemies as possible, so this seems to be at odds with itself. Alex cannot stomp enemies. If he touches one at all unless it’s through a punch, it’s instant death and you're put back to an earlier checkpoint. Three deaths and it’s back to the start unless unlimited lives are on.

Upon finishing, players unlock two bonuses. A boss rush mode that compiles all of the rock-paper-scissors style bouts with the more unique fights that must be completed without fail. The other is an upscaled port of the Master System version. These are appreciated for those who either want a greater challenge, or want a more authentic experience. Even with these additions to the overall package, it is weighed down by a dated control scheme and brutal difficulty.

Alex Kidd makes a return with mixed results. The aesthetic of Alex Kidd in Miracle World DX is very eye-catching and can make it fun to watch being played by speedrunners or those familiar with the series. For those looking to have a more classic experience, the swappable color palette available in the main mode and the unlockable port are worth a look. The release is rounded out with a boss rush mode to serve up a challenging 2D platformer that’s worth a try before the game shows itself as a product of its time.