A PlayStation 2-pack of classic NIS Games that are still throwing out new ideas.

NIS (or Nippon Ichi Software) has a deep catalog of games ranging back to the Super Nintendo and PlayStation 1 days. To celebrate the rich history of NIS, they are releasing the first in their series of collections, Prinny Presents: NIS Collection Vol 1. This collection brings together fan favorites Phantom Brave and Soul Nomad & The World Eaters. Both are highly regarded games from the early PlayStation 2 days but offer unique spins on the RPG genre to differentiate them. Despite both being previously released on PC, now you can enjoy these classics on your Nintendo Switch in one package.

Since they do vary, I’ll address each game individually starting with Soul Nomad & The World Eaters. In it, you play as a hero infused with the soul of the demon Gig, who had previously been imprisoned in a sword after attempting to destroy the world. On your travels to eventually destroy the giant monster World Eaters, you amass a team of merry cohorts who bring tons of personality to the ongoing story. From your human cow childhood friend Danette to the draconic wizard Odie, each lends a particular flare to the group.

What sets Soul Nomad apart from the usual NIS fair is the wild story variations. While you get your soul merged with Gig from the beginning, you can choose his amount of participation in the story. You can give him full control from the jump leading to a very dark story about destroying the world. Even if you don’t give in, he has special abilities in combat that if you use them, will give Gig more control, thus affecting story beats. The number of story variations are fun to explore, though I will give a warning: they go to a darker place than some might be comfortable. 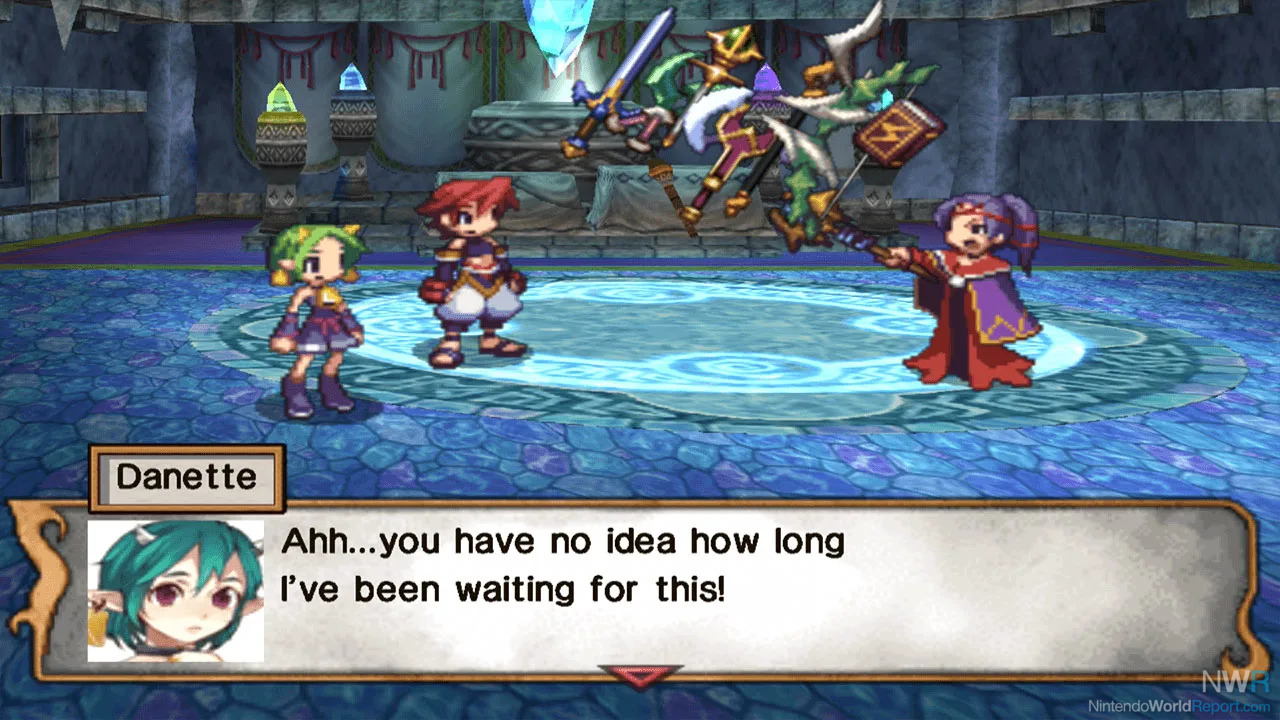 The combat differs as well from other NIS’ grid based entries in that it leans more towards strategy by way of Fire Emblem. You create “rooms” that will give you troop positions. Then during a combat scenario you will summon your troops, with each group represented by a single unit. Attacking an enemy with a unit will result in the full team attacking the enemies and then the enemy team attacking in retaliation. This creates a risk-reward system as you will rarely leave an encounter unscathed. The room system is interesting as you’re essentially creating an army, deploying troops, and moving across a war map to complete specific win conditions. You can also “decorate” each room with trinkets that buff stats and explore a procedurally generated dungeon to upgrade the room for some extra customization.

Phantom Brave, on the other hand, is more of a classical NIS-style RPG. This means more basic character types and turn-based combat. Heroes are spawned on a map and will take turns performing special attacks based on the weapon they have equipped. The twist here is that your main character is Marona, and she is the primary controlling factor in combat. You use her to summon “phantoms” into environmental objects. Summoning a phantom from a rock will yield higher DEF but will be slower. Summoning from a flower will provide higher INT for spellcasting. 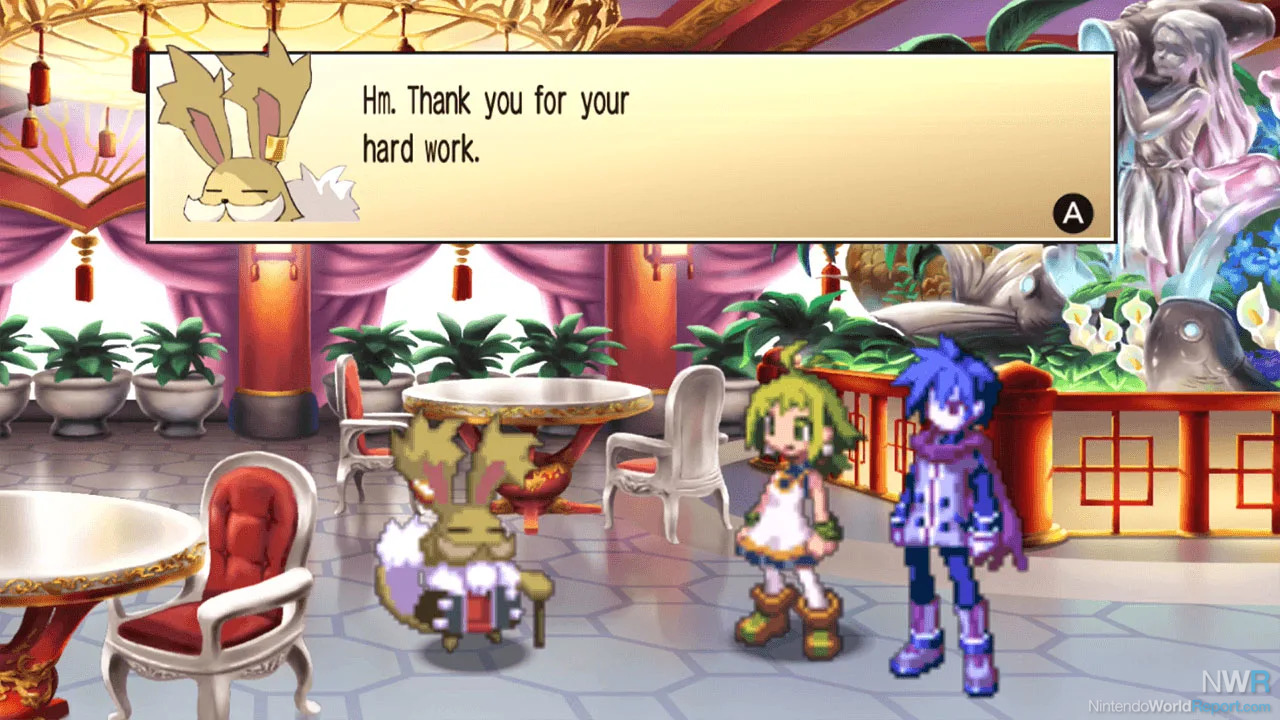 Other twists to the phantom summoning is that there’s a limitation of only 16 phantoms possible. Weapons are included in that limit, so if you want to summon a phantom with a sword , that counts as 2 towards the maximum of 16. You’re really encouraged to use objects on the map as weapons. In addition, summoned phantoms have varying countdown timers for the number of turns before they disappear from that combat encounter. There’s a lot to account for, but it can lead to some fun and intense situations. This is especially true when you can pick up rocks and throw them for better summoning positioning, environmental buffs or knocking characters off the map out of bounds. It feels pretty solid per today’s modern JRPG sensibilities.

As far as the story goes, Phantom Brave follows a young girl named Marona. Her bounty hunter parents were killed alongside their partner Ash while fighting the evil demon Sulphur. Upon their death, they are able to resurrect Ash as a phantom to watch over Marona. As she grows up with her faithful protector phantom she follows in her parents bounty hunting steps, while also generally being feared and often ostracized by the community she helps. It’s a pretty straight-forward story that remains serious without a ton of twists and turns, but it’s successful overall. You learn to love Marona, and her relationship with Ash is nothing short of heart warming. 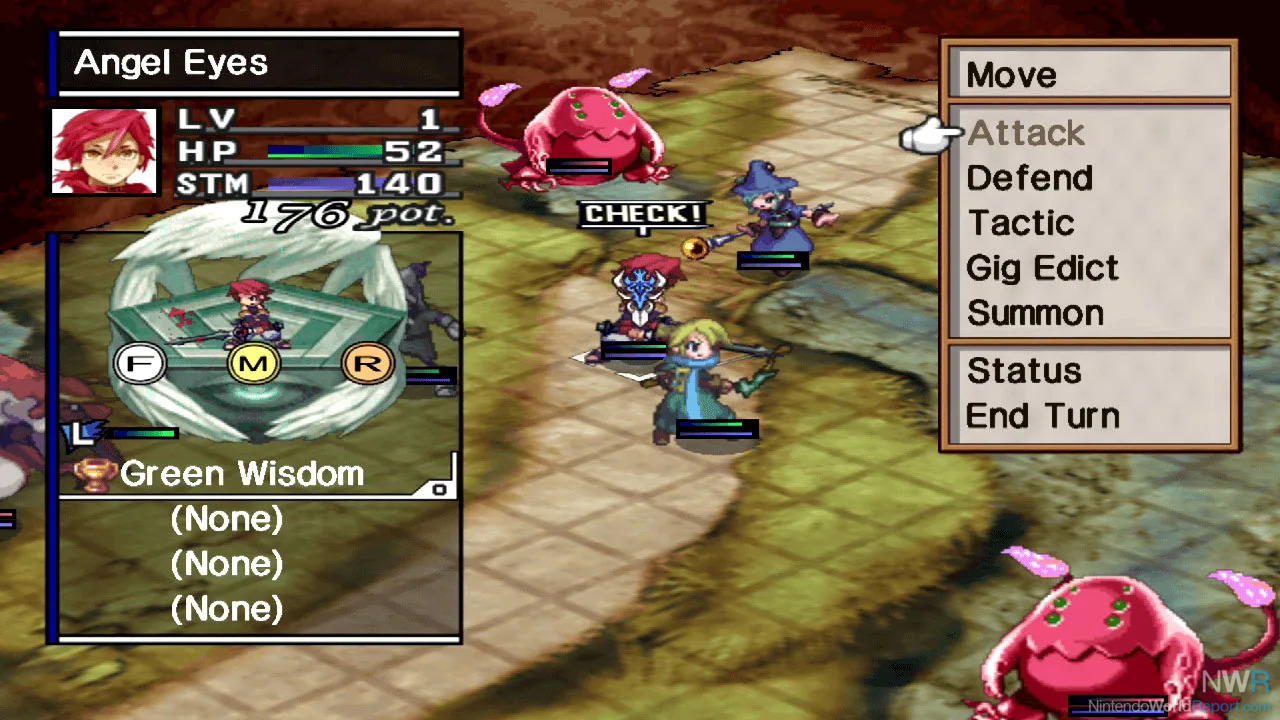 The art and sound for these two feels pixel accurate to what you’d remember from the PS2 era, so the nostalgia is in full effect. These remasters also come with all of the DLC bonus content that was added in subsequent re-releases and versions, which is nice for those wanting to dig deeper into the content but no special frills for the NIS collection itself. This is a great little package that is sure to make some classic RPG fans feel sentimental and it holds up to modern sensibilities. I will note that some of the verbiage and story beats can get a little on the graphic side (i.e., not playing to contemporary tastes), but otherwise I would recommend this collection. As it turns out, NIS’ catalog, while grindy, still holds up compared to what you’d play today.

Soul Eater's rooms are likely derived from the Ogre Battle units. They work in a similar way, except Nippon Ichi'd up with a hundred subsystems layered on top.