Has the series’ charm gotten stale, or did I just not ‘get it’?

“Welcome to the Garden of Insanity” is something of a catchphrase in No More Heroes III. You hear it from your guide Sylvia as she introduces you to the boss of each chapter, and it’s a phrase that has stuck with me as I try to unravel my feelings for this strange and uneven game. The No More Heroes franchise is famous for over-the-top action and unmatched style, but also for tedious side missions and a whole lot of jank. It’s undeniably a satire of video games in many ways, which is why I feel like I’m trapped in my own Garden of Insanity as I struggle to figure out what flaws are part of the joke, and which ones are simply flaws.

No More Heroes III stars series protagonist Travis Touchdown, who has come out of retirement to once again compete as a ranked assassin. When aliens invade Earth, he finds himself ranked as #10 in the Galactic Rankings, meaning he has to work his way up the ranks in order to confront FU: the alien conqueror who sits at the top of the leaderboard. The only problem is that Travis can’t simply fight nine aliens to the death and call it a day; he needs to officially qualify and pay an entry fee for each of the ranked assassins above him.

Combat is the absolute highlight of No More Heroes III. Travis fights using a beam katana that tears through opponents, leaving a bloody mess behind. His moves are quick and powerful, but you can’t just button mash your way through a fight. The game has a buffer system that forces you to commit to the next attack you select even if your previous attack’s animation hasn’t finished yet. If you mindlessly mash buttons without thinking, you could find yourself unable to react to an enemy’s attack or missing an opportunity to suplex a stunned enemy for a free energy charge. Careful and deliberate actions are the key to victory, and the result is a fast-paced and flashy action spectacle that maintains a strong sense of tension from start to finish.

Fights are also enhanced with the addition of Death Glove Skills: unique abilities that help to keep the pace of combat moving. These skills allow Travis to teleport towards an enemy with a drop kick, create an area of effect that damages enemies over time, throw an enemy with telekinesis, and slow down time to keep pressure on an opponent. The Death Glove Skills each have a long cooldown, forcing you to think carefully about when to use them, and they do a great job of adding a little spice to the heavily melee-focused combat.

Outside of combat, the game’s charm is a lot more hit-or-miss, especially when it comes to traversing the open world map—which is empty, ugly, and has substantially worse technical performance than the combat. In contrast to the rock-solid framerate during a fight, the game hitches constantly when riding around on Travis’ bike, and detail pop-in is hilariously noticeable with terrain literally deforming itself into different shapes right before your eyes. Director Suda51 (as well as the game’s publisher Marvellous) have both promised that there will be improvements to performance in a day one patch, but suffice it to say they’ve got their work cut out for them.

In order to qualify for a ranked assassination you’ll need to complete several “Designated Matches” that can be found on the world map, which are short combat encounters with the game’s typical alien enemies. Designated Matches replace the linear missions that occur before boss fights in past games (which have been completely removed). They’re quick, and it’s always good to have more opportunities to fight in this game, but they feel a lot more repetitive than the unique missions of No More Heroes past. 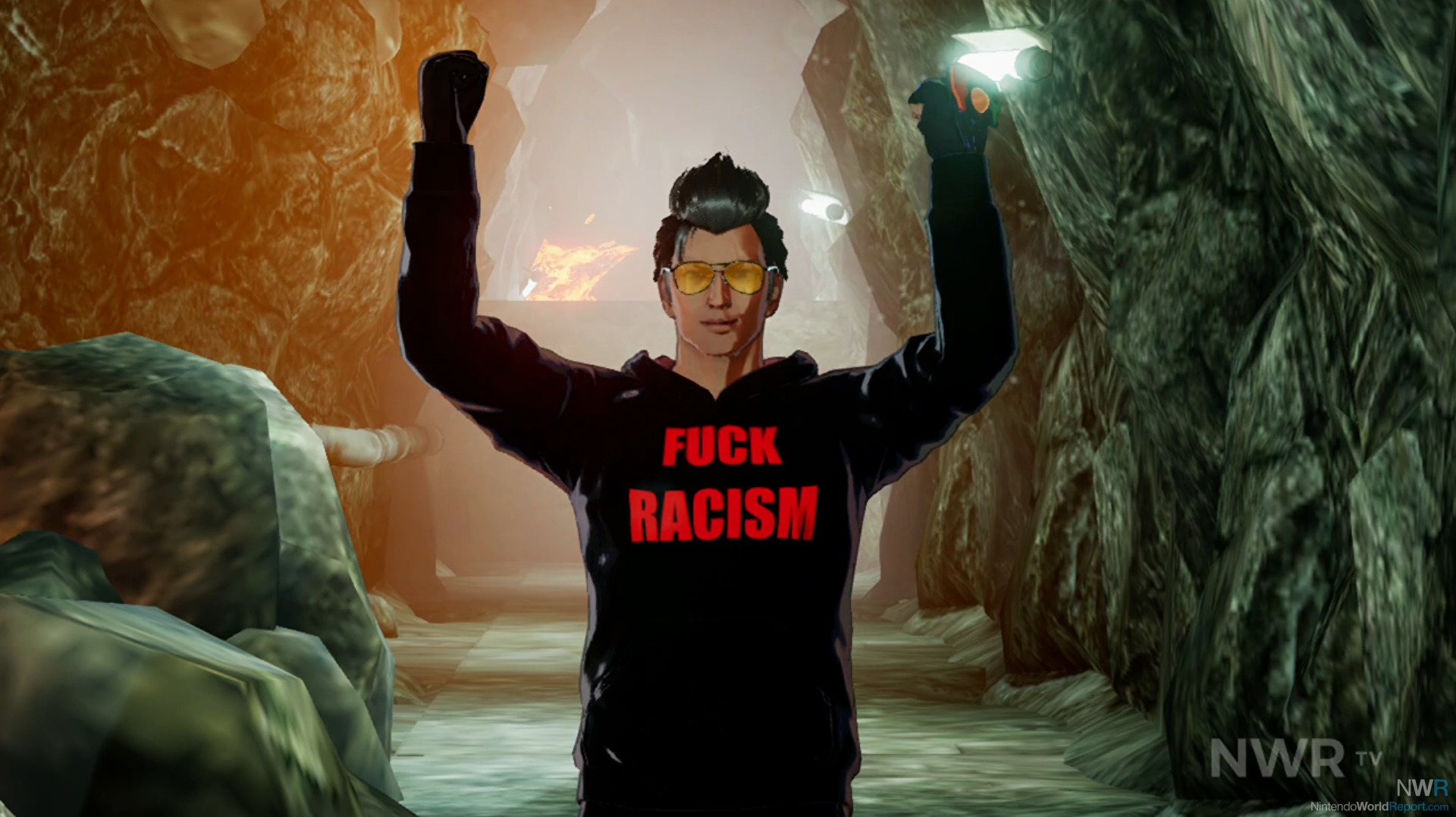 After the Designated Matches, you’ll need to secure the entry fee by completing jobs around the city. These range from the mundane (such as unclogging toilets) to the ridiculous (like fighting alien warships in space while piloting a mech). The actual quality of gameplay in the jobs can be all over the place, and the fact that there are only a small handful of them that must be repeated over and over again doesn’t help make it any more interesting. Carefully and tediously mowing every blade of tall grass on a lawn is a good joke the first time you do it, but once you’ve mowed that same lawn six times, the joke isn’t funny anymore.

All of this culminates in the feeling that everything I’m doing to register for a match is just filler. Each chapter of the game follows this same formula with the only deviation being the boss fight at the very end. Those boss fights are usually incredibly fun and stylish with some truly inventive and creative setpieces, but they’re ultimately fleeting in comparison to the hour of rinse-and-repeat setup it takes to unlock them. If you just looked at footage of someone playing this game, there would be no way to know what chapter they’re in since the only difference between each chapter is what section of the overworld map you happen to be on—and even those are reused at least once each.

This is where I find myself in my own “Garden of Insanity,” as I can’t help but wonder if there’s something significant I missed. I’ve fought the final boss and watched the credits roll, yet half of my overworld map is still covered with red “do not enter” markers. I can look at the Neo Brazil area on my map and see a full city section with distinct roads and landmarks—one that appears fully modeled in the game’s world when I’m standing in front of it. Yet as far as I can tell there’s no way to unlock this city. Four of the game’s five major areas have a massive portion sectioned off like this, with an entire sixth section blocked off in the middle.

When No More Heroes III is good, it’s really good, and I keep finding myself wishing other action games played like it from time to time. But when I really sit down and think about playing the game, it’s tough to remember any particular moment outside of the boss fights because they all blended together; my strongest memories are those of frustration as I desperately struggled to push through the bullshit to get to the stuff that was actually fun. Even the game’s style and technical performance are wildly inconsistent between the sublime combat and sterile overworld. It feels half-baked in the most literal sense, with one half being cooked to perfection, and the other half still cold from the freezer. I just can’t shake the feeling that I’m the one doing something wrong, because I’m just not sure how a game can be so incredibly good, and yet so very bad.

Played the first two chapters last night and Im loving it. Im a fan of the other games in the series. I know that they arent perfect. So far, NMH3 is exactly what I was hoping for.