This better not awaken anything in me.

Winds of Change is a 2D visual novel and point and click adventure created and published by Klace and Crunching Koalas. It advertises itself as the “Ultimate Furry Tale,” which may be quite surprising to some that a video game is inspired by the furry fandom. Upon some research, I found that the creator of this game, Klace, is a very well known “fursuiter” within the fandom, and through a Kickstarter campaign, got this game created originally for Steam and now on the Nintendo Switch. What we have in Winds of Change is a huge roster of anthropomorphic characters in a deep, well told, epic story set in a high-fantasy world.

As the last Seer (or Seeress) of the land of Valinorth, you see visions of the dark future that potentially lies ahead for you and everyone around you. This vision causes you and your allies to start a rebellion, build an army, and look to save the world of Alestia from The Triumvirate. In the middle of all this is the Blade of Exodus, which seems to be the key to either the end of the world we know or the start of a bright new one. 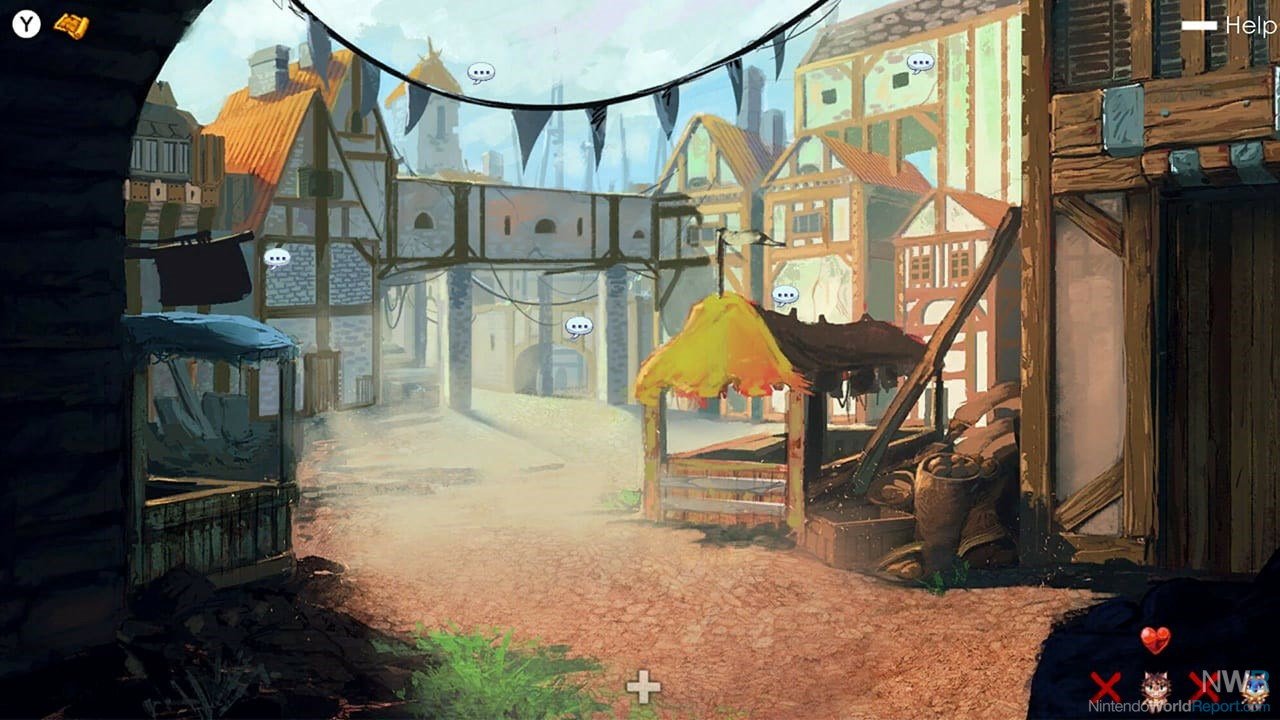 Winds of Change plays exactly how the standard visual novel would, with point and click sections when entering areas outside of the visual novel narrative, which the game has called “Explorer Mode.” When in Explorer Mode, there are several things you can do that are slowly unlocked within the first two hours of the game. In place of a cursor, you have a small sword, and this is used to point and click on anything of interest or to interact with what is in front of you. On this screen are several icons to interact with: there are icons on screen where you can interact with party members, listen in on conversations of those members in the form of “Party Banter,” keep track of collectables and texts in the given area—the texts of which are also fully voice acted—and also watch “Parallel Chronicles.” These are stories and conversations that are happening somewhere else in the world at the same time as you and are great for learning more about the lore of enemies or characters you are yet to meet in this story. One of the first things I did when Explorer Mode was present was head to the settings (which can be accessed at any time during the game) and bump up the cursor movement speed and the text speed as the default settings were incredibly slow.

Whilst on the topic of slow movements, the load times between different scenes were surprisingly long for what the game is. Being a 2D game where the only imagery on screen is the backgrounds and still images, the load times were a lot longer than I feel they should be. These lengthy delays occurred with nearly every load screen, which really harms the pacing of the story. Another huge issue that I have noted, is when you start up the game and continue from your latest save point, you are just met with a black screen and the background doesn’t load in until you have moved your cursor and selected something interactive. Once you have selected something the background swoops in as if you are watching a PowerPoint transition. This has occurred all but one time I have booted the game up and continued from my save progress. Outside of these issues (potential bugs?), the rest of the game ran smoothly with no other glaring issues. 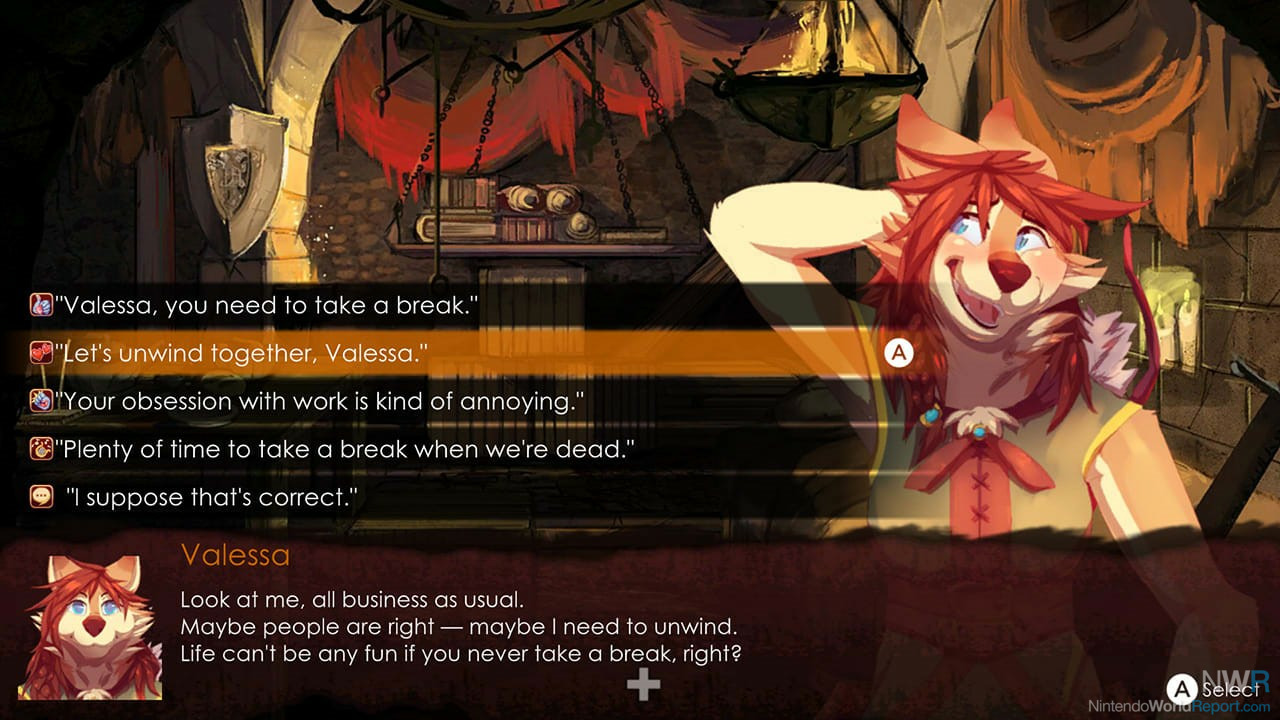 As mentioned prior, all dialogue is fully voice acted aside from your own words and any internal monologues. This for me is where the game really shines. I find that with some visual novels that do not have voice acting, it can be harder to fully immerse yourself in the story as they are reliant on the words to pull you in. Whilst the writing in Winds of Change is great, the voice acting throughout is magnificent and enhances every aspect tenfold. There are times in which the emotion or tone used by the voice actor doesn’t wholly match up with the response required, but aside from this it’s hard to fault the voice acting.

To add to the stellar voice acting, the soundtrack and music are a high note of this game. The music is so full of life and drama, and is grand in its high-fantasy, Tolkien-esque vibe. It can sometimes overwhelm the setting or drown out some of the voice acting, though.. This could be, however, entirely be down to the player not progressing the narrative in line with the orchestral music, as auto-advance is not an option in Winds of Change, from what I can see. 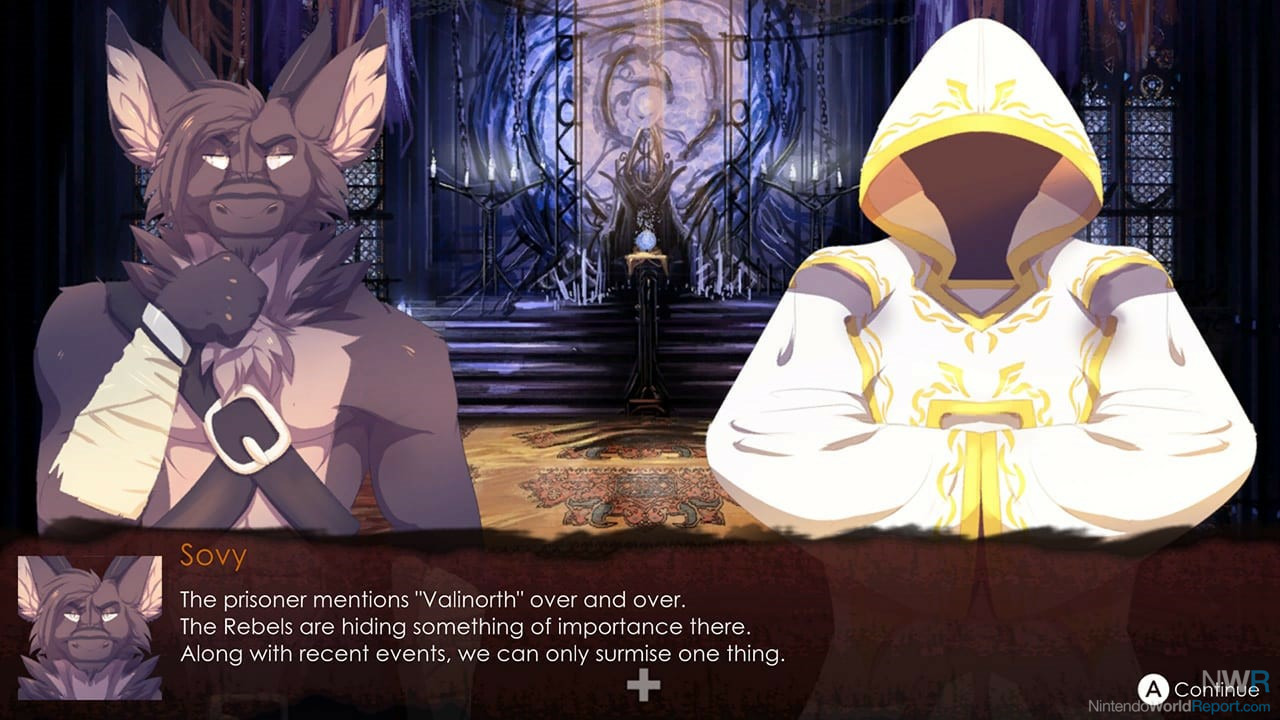 The images for all characters are motionless 2D pieces of art. Each character has around 4 to 5 different poses and emotions to correlate with what is being said in the story; these will just simply fade in and out when needed. There are moments in the story when a character will zoom in slightly to emphasise a story or reaction. When zoomed in, the images are exposed as not being as high quality as they could be, especially when the Switch is docked on a large TV. This issue is not present in terms of the background. The backgrounds throughout Winds of Change are gorgeous: some look like an oil painting that could be hung in a museum; others look like a crisp piece of digital art. These are the backgrounds that are the focus in “Explorer Mode” and a real feast for the eyes.

Whilst the voice acting and story is the standout feature of this game, it wouldn’t be as great if it wasn’t for the way it's presented and the way that you, as the Seer (or Seeress) navigate this tale. Most visual novels speak of being non-linear and that every decision impacts the story; with Winds of Change, the response, and choices that you make really do feel like they are making a difference in the story, creating a truly unique experience dependent on what actions you take. Each response and reaction has an intention alongside it, whether this be aggressive, neutral, or flirty (something I have used more than any other… especially with Valessa). In response, you receive the appropriate reaction, which isn’t just a reaction for the time, but carries through the game with the potential to build real in-game relationships—both platonic and romantic. Klace has gone on record stating that romance options are not limited by gender in this game either, so flirt with whomever you wish to! There also really is a lot of freedom in how you navigate the story. At any time, you can return to an old town or place you have visited prior with different allies and interact with them, learning even more about them or the setting itself, before returning to the main story. These aspects are all truly great and presented tightly; however, as stated before, slow load times and lack of voice acting when your own character speaks or explains their surroundings/thoughts harm the pacing quite a lot. Especially when some thoughts are a lot longer than needed, these descriptions could be said by party members or simply shown in the background and not necessarily forcibly addressed.

Winds of Change really is a fantastically written story, that, despite its surface level niche target audience, is a must try for any visual novel fans, or high-fantasy story fans. I’m sure you’ll get something out of it, and for any members of the furry fanbase, if you haven’t tried this game out and chosen a character to “stan,” I have but two questions: Why haven’t you, and why isn’t it Valessa?