Heart Chain Kitty is a 3D platformer that pitches itself as a collectathon in the same vein as Banjo-Kazooie and Super Mario Sunshine. However, collecting the various macguffins scattered throughout its levels will be the least of your worries, especially if you’re playing the Switch version. Heart Chain Kitty is fascinating, though more so in its unbroken string of poor choices rather than its game design. 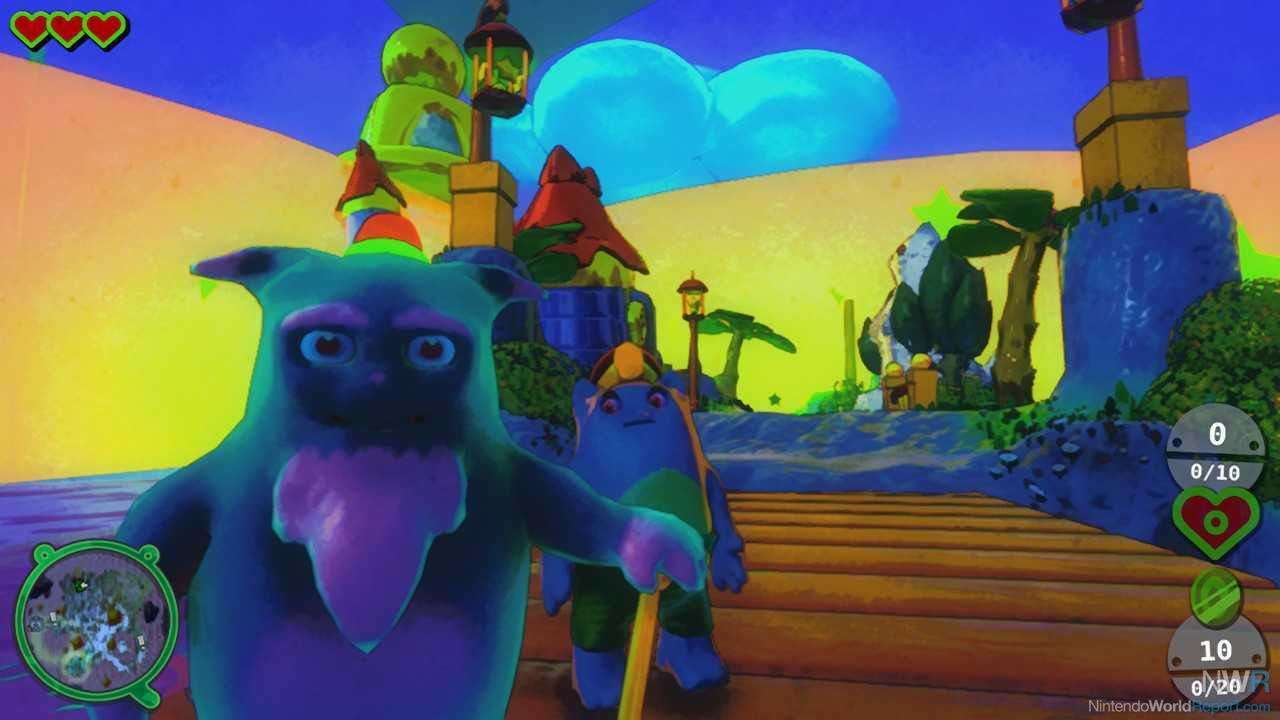 The premise around Heart Chain Kitty is simple enough. Wander across a surprisingly large world taking on smaller stages along the way. At key points you’ll earn abilities that will allow you to navigate to new areas of the world. The protagonist Kittey (not Kitty) starts with nothing more than the ability to jump on enemies' heads. Strangely, enemies are damage sponges meaning they’ll all take multiple hits to bring down. An odd choice for a simple 3D platformer. Early on Kittey will gain a glove that allows him to punch, which can also destroy certain blocks opening up new areas. A gliding ability can also be purchased from a shop early on which is virtually essential but is easily missed. In fact, much of Heart Chain Kitty is easily missed. As already mentioned the areas you’re exploring are often large and oddly labyrinthian. A map is viewable in the lower left corner of the screen that's covered in icons that are never explained and is impossibly small especially in handheld mode. Not to mention that whether playing in docked or handheld configuration this is one of the blurriest games I’ve ever played on Switch (and that is saying something).

The underlying mechanics of Heart Chain Kitty are largely mediocre. But the Switch port itself is an altogether different beast. It is worth noting that the screenshots present on the eShop listing are not from the Switch version, and while they do convey some questionable design choices, they fail to show off the rendering resolution. I’ve played some very blurry Switch games, but this is the first one to ever give me a headache, the first one to cause me to squint, the first one to earnestly make me reach for my glasses only to realize I’m already wearing them. It isn’t all down to resolution either, the visual makeup of Heart Chain Kitty is a perfect storm. Beyond the resolution itself is a heavy anti-aliasing filter intended to smooth out the rough edges of a lower resolution. However at a resolution this low, it simply turns the image to a soupy, ill defined mush. I struggled with it while playing docked and honestly had to put my Switch down and take some painkillers after I tried to play in handheld mode. But wait there’s more. 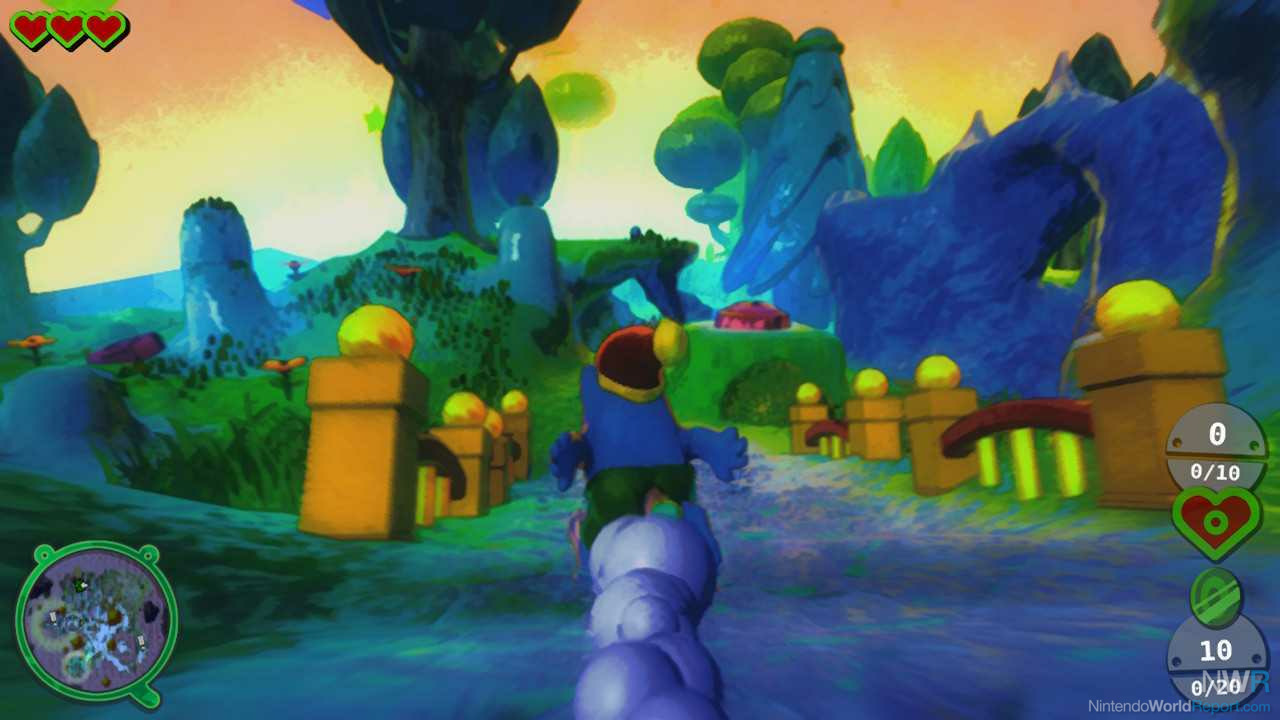 Adding to the lackluster technical performance is art design that, while well intentioned, just results in what can only be described as the lifeless rotting corpse of a rainbow left out in the rain. The entire game is heavily themed around dreams and the art design tries to convey that with a psychedelic color pallet with no regard for the simplest elements of color theory. Every surface in the game is also bizarrely shiny, making the whole world hard to differentiate. Whether you’re looking at a tree, a rock, the grass, a house, or a couch, it all takes on the same specular properties. What results looks like the aftermath of a wild party with an incontinent unicorn. And yes to some degree this oddness is intentional. The writing has a strange subversive humor to it and it's clear that the visuals are attempting to do the same. The difference is that the writing was chuckle worthy at best and skippable at worst, meanwhile the visual presentation caused me to just stop playing on multiple occasions.

Heart Chain Kitty on Switch is a very rough port of a pretty rough game. What results is just uncomfortable to play. It would be one thing if the underlying experience of Heart Chain Kitty outside this Switch version was some sort of hidden gem, but it isn’t. Heart Chain Kitty is technically a fully functional 3D platformer, but not one you’ll actually enjoy.