A functioning but fuzzy online experience

A Plague Tale: Innocence is a suspenseful adventure game released in 2019 by Focus Interactive. In it you play as Amicia, a noble girl who, with her brother, is on the run from the Inquisition and a seemingly never ending onslaught of plague rats. The story is an intense roadtrip that rarely offers a reprieve from constant pursuers and peril. Unfortunately for the plot, the performance of the Nintendo Switch’s cloud version muddies much of the experience. 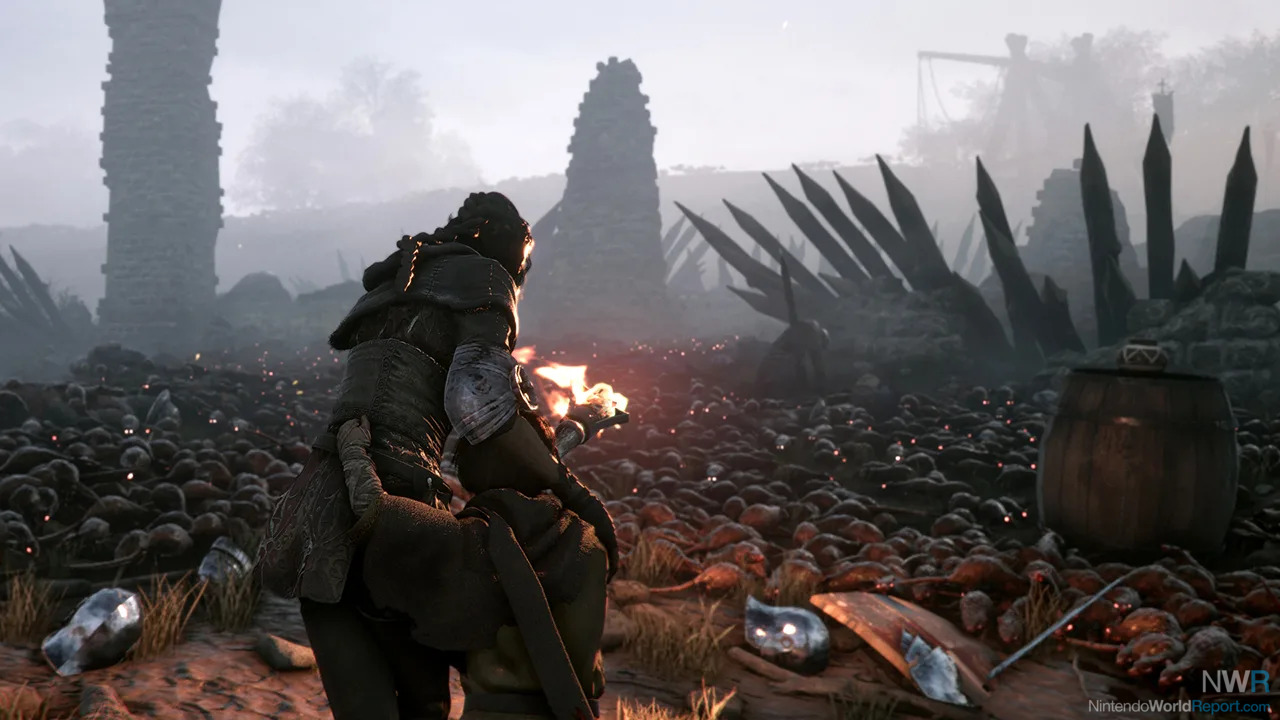 Playing as Amicia, your world is quickly thrust into upheaval as the inquisition kills your parents trying to get to your brother Hugo. Escaping has you traverse dangerous attacks, sneak around treacherous guards, and avoid large swarms of plague rats. The story is mostly linear with stealth sections giving some variability. Amicia is armed with a sling that can be loaded with different forms of ammo like sleep or fire bombs. These tools are used on enemies or as key puzzle-solving mechanics. Throwing a rock can distract a guard, but it’s also used to cut a chain to release a bridge.

The stealth is tense because once you’re found out, it’s pretty much an instant death. Fortunately, there’s convenient tall grass and wooden barricades to hide amongst. Outside of the Inquisition, the plague rats act as a secondary protagonist. These are used as puzzles because the rats fear fire and light, so it’s up to you to find creative ways to clear a path forward. Lighting brazzers with firebombs and pushing flaming carts and torches are some of the many ways to avoid the lethal swarm, but the game keeps it inventive. These coupled with the stealth fail to pose too much of a challenge, but with a story this thick it’s not necessary. 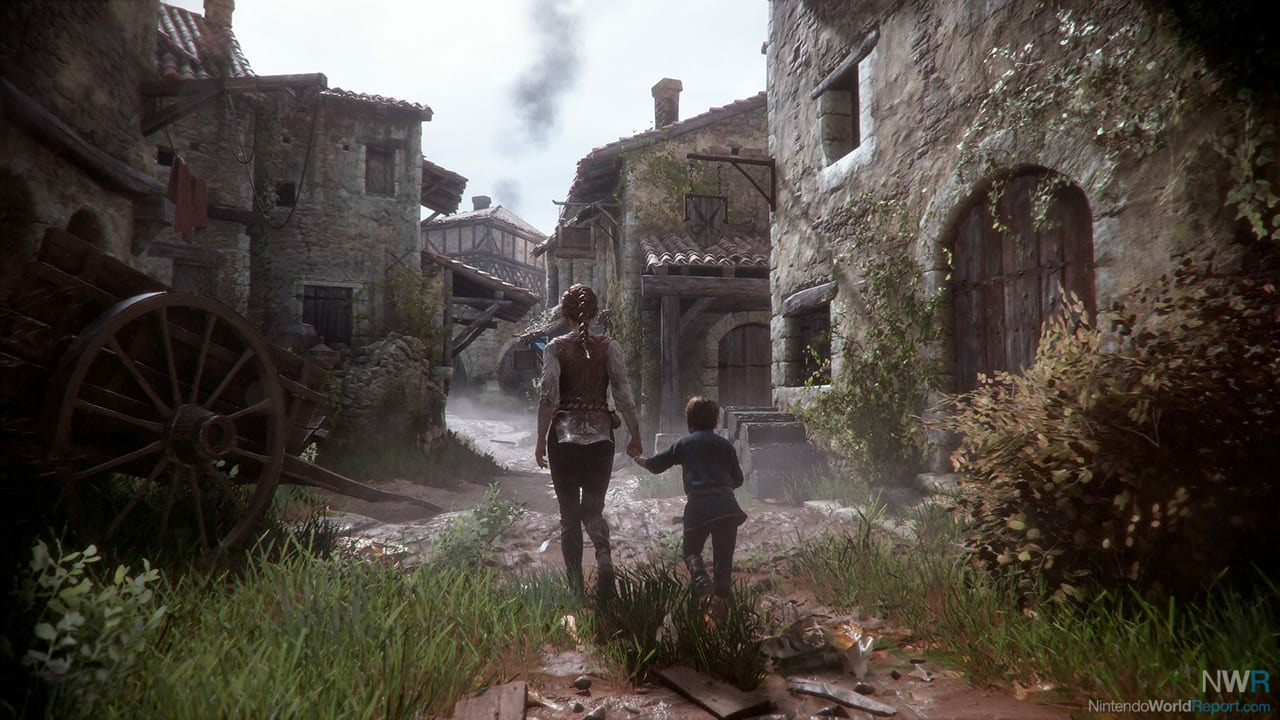 Amicia is largely likable with her character shining best when she is protecting those around her. Her growth into a leader role is believable and drives the player into rooting for her. Her brother Hugo, on the other hand, can come off as frustratingly whiny in the face of danger. In most cases, it’s ignorable but can sometimes make the game feel like an elongated escort quest. The entire game is voice-acted to perfection, and the audio design also brings its A game. The sound design is atmospheric, with the sound effects making the chilling events uncomfortably real.

Along the path, there are materials that can be gathered to upgrade your tool kit. You can add inventory space, better your aim, or create bombs faster. This upgrade system is reminiscent of the one in the Last of Us, but feels right at home here. The upgrades don’t feel game changing but adjust your tactics enough to still feel meaningful. This also encourages deeper world exploration. Searching every nook and cranny can be dangerous, but it always feels good to find that extra piece of leather you needed for the next level up. 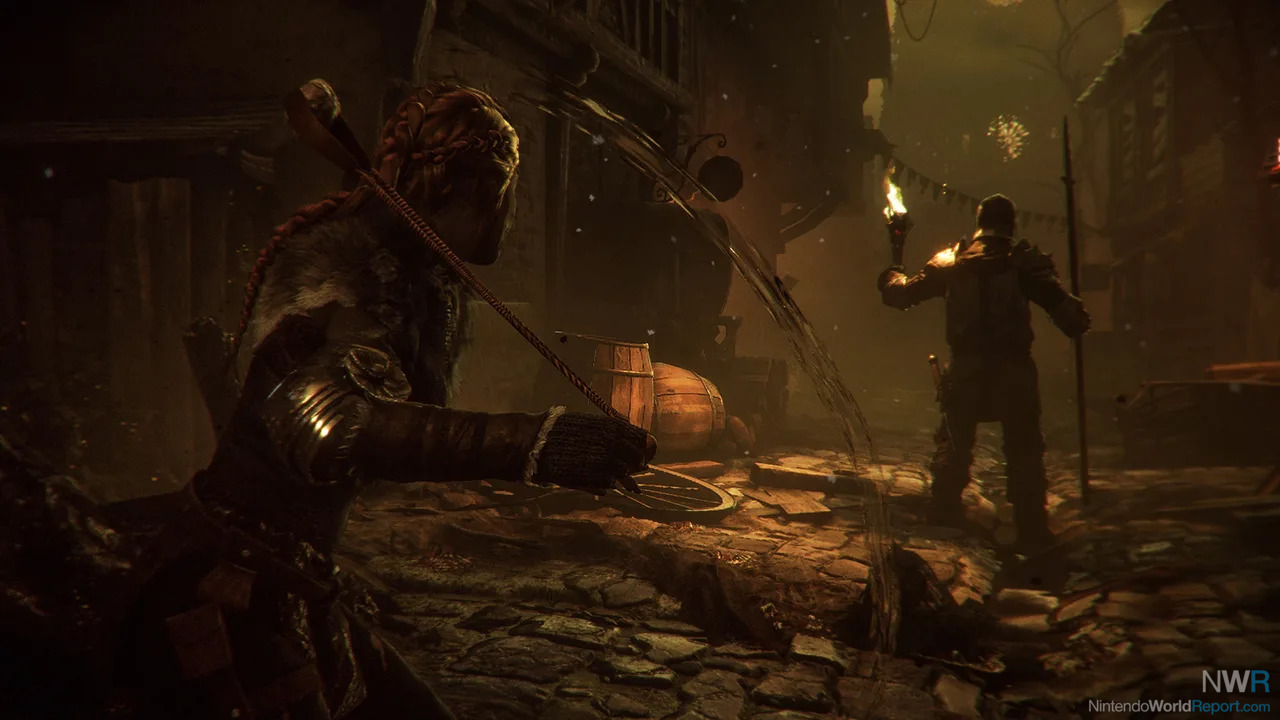 The setting and story put Amicia through the ringer. One moment she could be ridding a castle of rats in a storm or escaping a city on fire crawling through corpses. The story really goes places and is consistently enthralling. It sucks you in and keeps pushing forward, which is great for the pacing. I was always excited to keep going into the next chapter. Also I’d be remiss if I didn’t mention the excellent checkpointing in this game. I never felt like I was set back more than a minute or two of progress after a game over.

Now, this is a Nintendo Switch Cloud title, which means the game’s software was never installed but runs streaming from Nintendo’s servers. This supposedly lets the Switch run more powerful games than what it would normally be capable of. Regrettably, I found the streaming experience subpar for my own desired form of gaming. First off, since this is a streaming title, it requires a constant online connection. That’s fine but it removes any sleep mode functionality. Every time I’d want to take a break and come back, I’d have to reboot back into the server, load the game, connect to the server, and then start the game from scratch. This entire process took roughly two and a half minutes from home screen to gameplay (for argument's sake, it takes a minute and a half on XBOX Gamepass for iPhone.) If you don’t have a PC or other consoles, this is a functional way to play A Plague Tale, but it isn’t ideal compared to the competition. 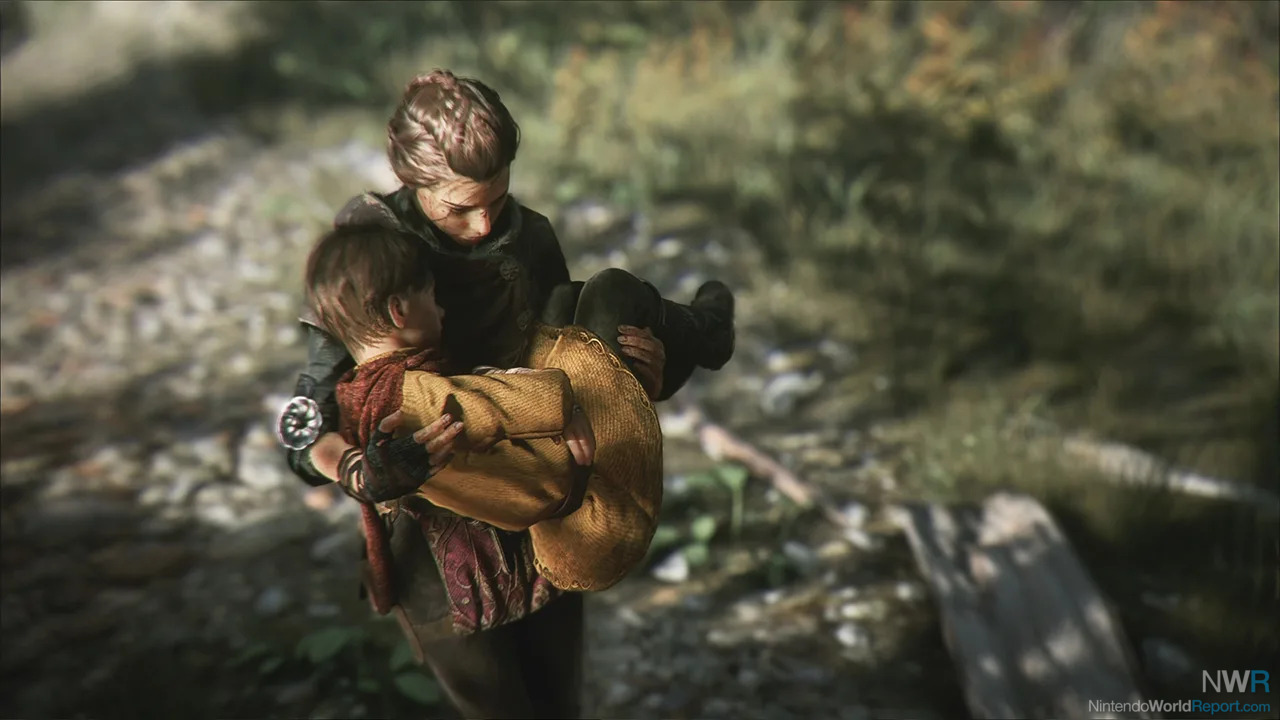 Secondly, with the server side streaming, visuals and textures appear muddy and washed out. It’s as if someone smeared Vaseline on the lens of the game. This bodes poorly for on-screen text as it’s tiny and hard to parse at times. As far as the graphics are concerned, it appears that the settings are a step down comparatively. Animations can be stiff, making both characters and the rats look out of place, almost robotic. Pop in is not uncommon, and I found myself falling through the world due to unloaded ground on more than one occasion.

Despite its faults, I enjoyed my time with A Plague Tale: Innocence. The story is compelling and the characters feel alive. Contrasting with every long load time of the streaming connection was my excitement to find out what the next chapter brought. It's as addicting as it is enthralling. I think that’s what was most disappointing about the streaming software. It kept me from enjoying the game that much sooner. Chalk it up to impatience but if you have another way to try this game, you should. It’s worth the time; I’m just not sure if it’s worth the Switch edition.