These puzzles hurt so good.

Puzzle games are my siren singing me toward rocky shores; each time they catch my interest, I end up biting off more than I can chew and become overwhelmed with how out of my depth I am. Once again I find myself veering my ship toward disaster as I play Induction, a mind bending series of puzzles created by independent developer Bryan Gale. His freshman outing is a refreshingly minimalist experience with a healthy dose of challenge. 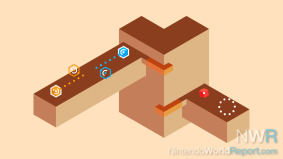 Induction on its face is simple: you control a block by rolling it across a series of platforms or steps to get from start to finish. Moveable cylinders act as switches, predominantly in order to make platforms appear or disappear. What adds depth is a time loop or repetition mechanic. At the push of a button, a different color box appears and follows the path you originally tread with the first box, creating almost a shadow that’ll not only repeats the distance but also the pauses or mistakes you made. Not only that, but switches, collapsable tiles, and bridges reset so that mirror image can complete all the steps you did. During that time, your original box is able to freely move around.

The puzzles are all about placement and setting up specific patterns of movement that will activate the right sequence to open the path to the end goal. An early level has two sets of bridges, the first one visible and the second one with a gap. There's one cylinder which upon pushing it into a matching switch will swap that bridge so the first one is now gone and the second one appears, but now you have no path to get to the second one. The solution involves not only moving that cylinder into the right switch, but also allowing enough time during your original box’s sequencing to enable you to reach the second bridge before that switch is flipped. 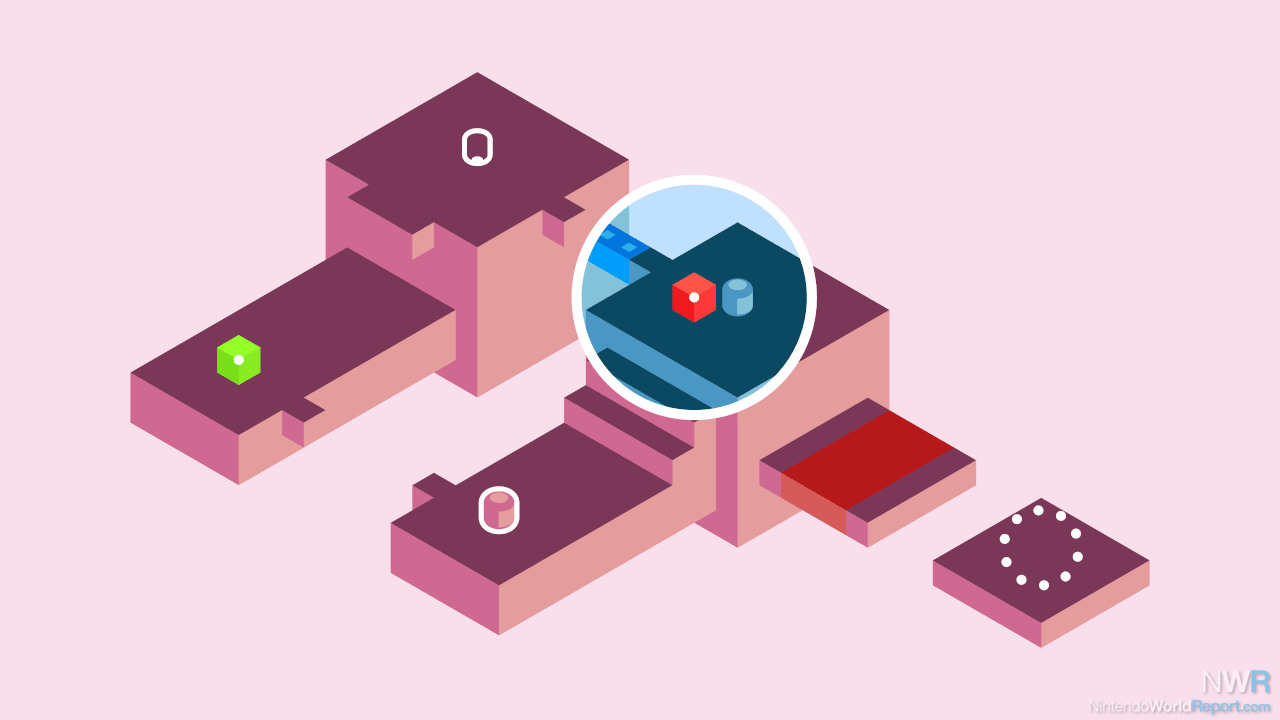 A common refrain in my household is telling my son if he’s getting frustrated at a game that he should take a break and come back to it. I had to take my own advice more than once during my time with Induction. This game can be incredibly challenging at times if you’re not adept at logic puzzles. When I got stumped, I found myself going back through completed puzzles to re-learn the logic like a student going back through their notes before a pop quiz. Luckily, when I finally hit that lightbulb moment, I got an unbridled sense of joy/accomplishment.

There is beauty in simplicity, and the audiovisual design has it in spades. The levels are constructed of 3D cubes and rectangular shapes with similar color tones. For example, the level might have a tone of purple; the top of the shapes might be dark purple while the sides would be light, adding a nice shader effect. The cube you move is one color, and then when you engage the shadow block it’ll appear in a bubble the same hue as the new block that appears. Music is all ambient noise, with low persistent hums and fluttering sounds of chimes. The block itself also makes a really satisfying “dink dink dink” noise with each movement on the board.

Despite its hair-pulling moments, Induction really is a stellar example of taking a simple concept, building upon it incrementally through each level, and pumping your fist in the air or jumping for joy with each tall hurdle you’re able to leap over. Coupled with that minimalist style, you’ll find that the juice is worth the squeeze. If you are a fan of puzzle games and have patience, Induction has plenty to offer.