Shoot your way through this grand adventure.

With as many games as are out there now, it sometimes seems like every idea has been done before. So many seem like iterations on the same formula. Sometimes however, a game comes along that fuses two of those ideas and creates something that feels new and really fresh. Trigger Witch takes the frequently used formula of a twin-stick shooter and turns it on its head by applying that gameplay to a big, sweeping adventure game. You play as a witch who’s part of an order that specializes in firearms and goes on a quest to save the world, reminiscent of a classic Zelda game. The journey takes place across a massive world with a number of dungeon-like areas full of enemies to kill and keys to find. 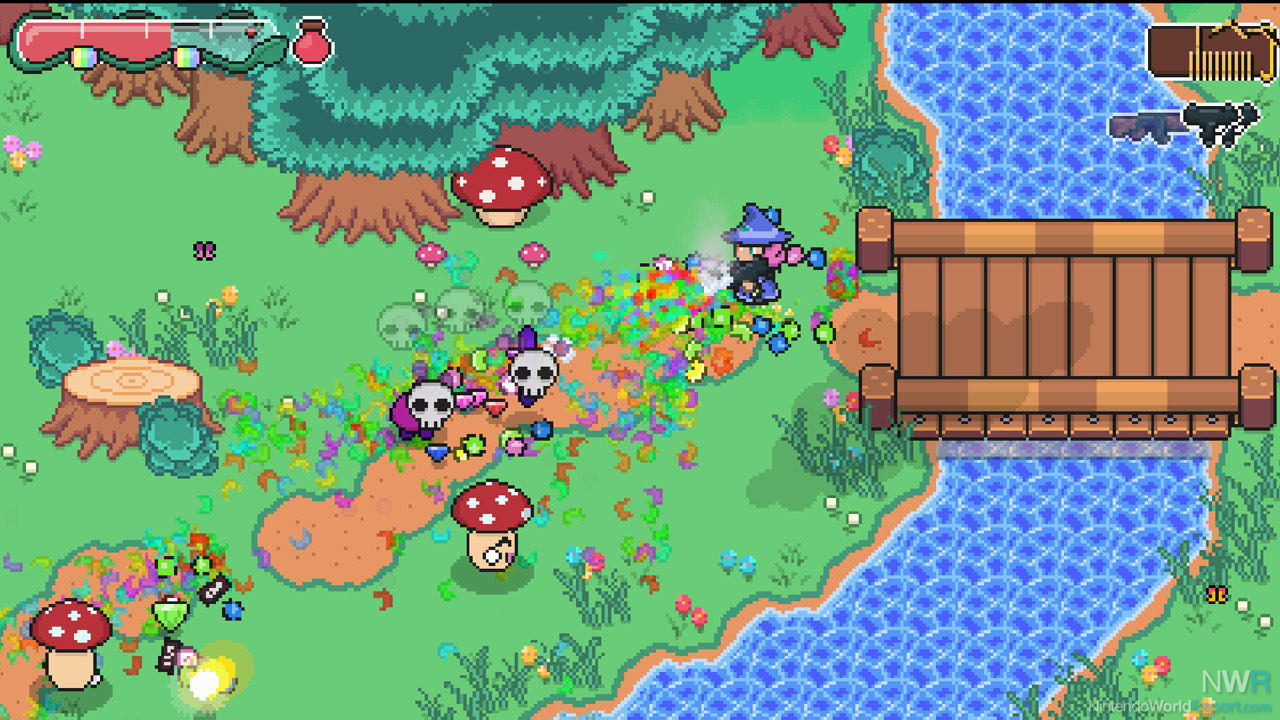 While that type of game may sound familiar, the shooter combat really makes it feel unique. With a good variety of guns to acquire along the way and multiple paths to upgrade and customize them, there are different ways to approach fights, and the search for upgrade components pushes you to explore the overworld. Combat, while generally simple, feels very satisfying, and the way you recharge your health-restoring potions by defeating enemies keeps the pace pumping and compels you to keep going forward.

That said, while the combat feels satisfying, the dungeon design can be repetitive at times. Very reminiscent of an old-school Zelda game, there’s a lot of defeating enemies to open doors and searching for keys. There are tweaks along the way, including more complex ways to activate switches and some clever puzzles in the later dungeons, but it still feels very similar for long stretches. 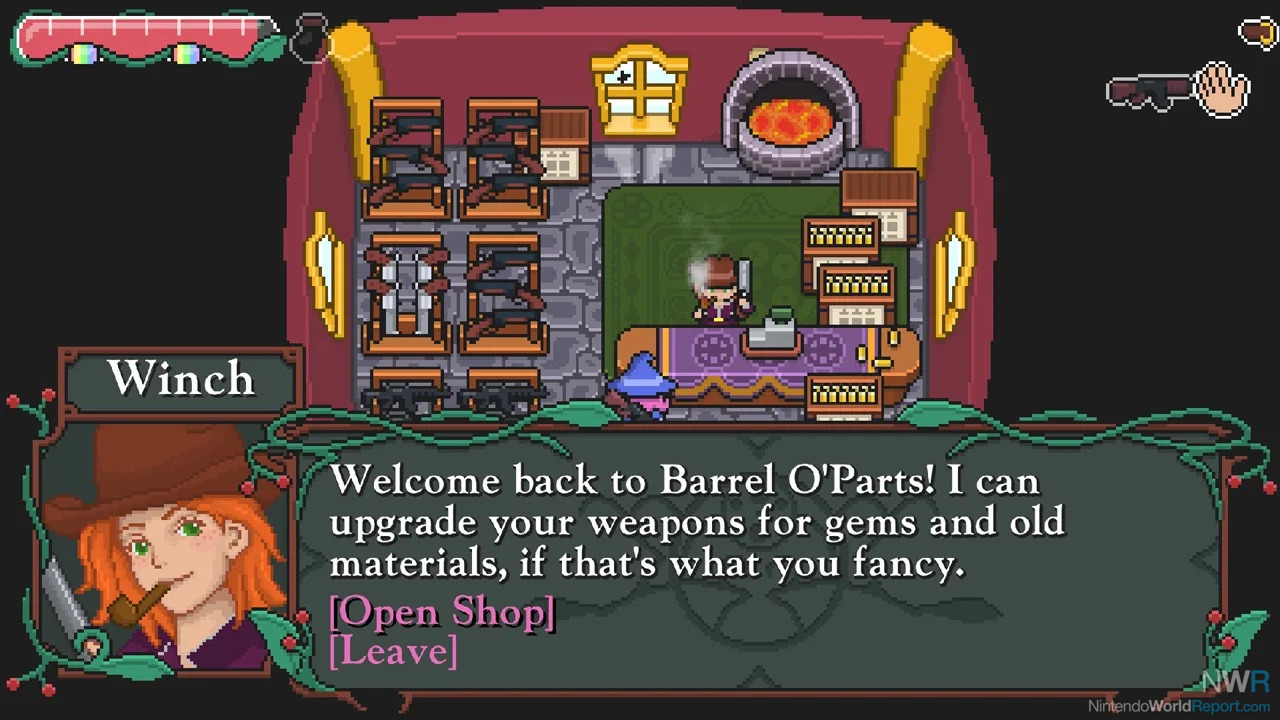 The 2D sprite graphics are very charming, and the music feels very suitable for a game like this, with an inspiring, happy tune in the overworld and more tense themes in the dungeons. There’s sometimes a bit too much dialogue, but the story takes some interesting twists, including a particularly memorable one near the end. The main quest lasts about 10 hours, and can be played in 2 player local co-op, which I was unable to try, with the option of a New Game+ mode that lets you keep all your weapons and upgrades, and it’s fun to traverse the world again as a superpowered witch.

By combining two classic ideas, twin-stick shooting and action-adventure, Trigger Witch concocts a video game potion that tastes distinct and stays flavorful throughout. While it does carry over a few of the flaws of those games, the combat is solid enough that it’s easy to look past them.