Out of Line (Switch) Review

A basic puzzle-platformer with a beautiful hand-drawn style.

Hand-drawn art styles can make for some of the most attractive backgrounds in video games, and 2D puzzle-platformers that involve interaction with the environment lend themselves well to these types of visuals. Out of Line may not be the most challenging or the most lengthy entry in that genre, but it’s well-paced and provides an enjoyable experience for players of all ages. That said, the rudimentary gameplay and lack of puzzle variety make it hard to recommend for those seeking something with more depth.

Through a story without words or dialogue, protagonist San works to escape a mysterious factory and the areas surrounding it. An interesting mix of mechanical and natural settings make up the world of Out of Line, with a number of helpful creatures lending you aid in activating switches and gears to help you progress. All the while, giant robotic arms seem to lurk around every corner, an ever-present threat that serves to break up the tranquility of some of the more peaceful areas in the game. There’s a good progression from the basic actions platforming sections to slightly more involved puzzles, but even by the end of adventure there aren’t too many tricks up San’s sleeves. 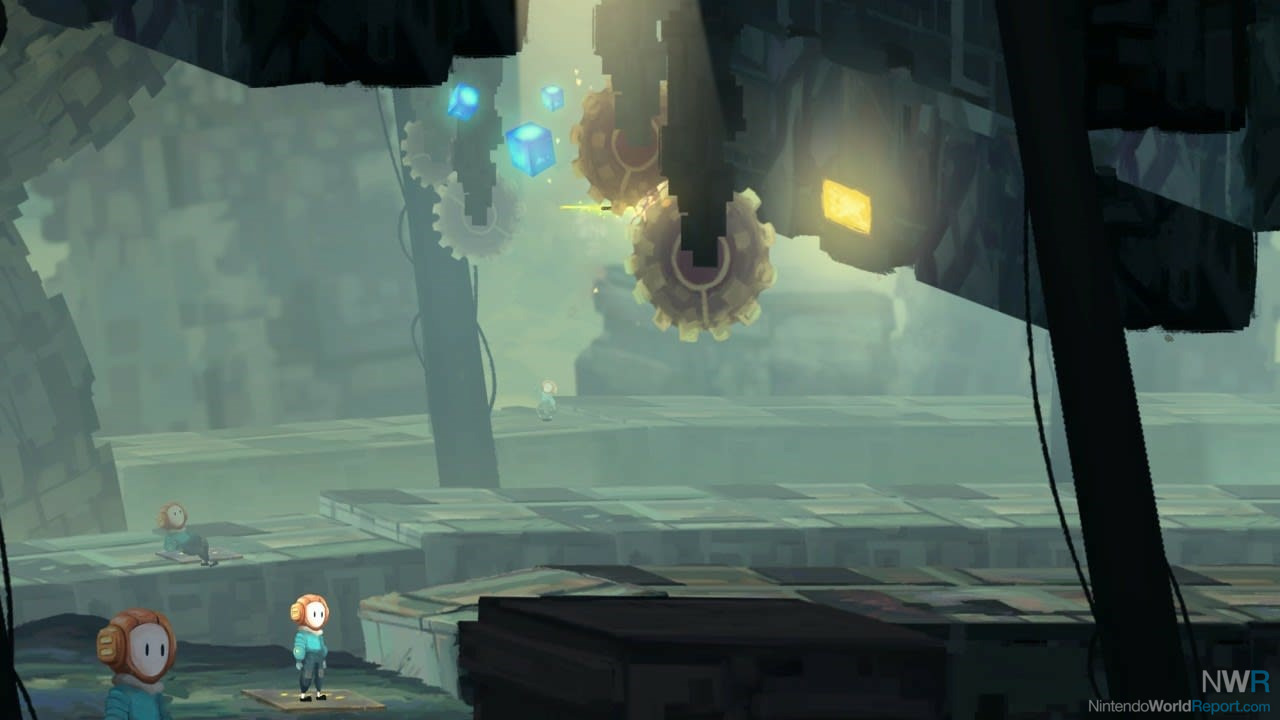 The almost-literal hook of Out of Line is a javelin that San can throw to push buttons in the environment, create a step to scale a wall, or even jam into a switch to activate elevators. The javelin can be thrown and returned to you at the press of a button (aimed with the right stick), and on many occasions you’ll need to leave it behind temporarily while you traverse a new path or overcome an obstacle in your way. In certain areas, you’ll gain access to temporary javelins that only return to a given spot on the ground; in others, you’ll be able to tie a rope around your main javelin to create a rope bridge for crossing larger gaps. While the puzzles themselves are fun enough, by about halfway through the two or three-hour runtime it’s possible you’ll be wanting a bit more variety and challenge than what’s on offer here. Checkpoints are sometimes further back than expected, forcing you to replay segments or perform tedious setups just to return to the place where you failed.

There’s no doubt that the high point of Out of Line is its visual presentation. San’s world is menacing and serene in equal measure, and it strikes a wonderful balance between light tension and calm reflection. The environmental storytelling is subtle but effective, and there’s no getting over how exquisite the watercolor backgrounds look. Even in places where the color palette leans to the drab side, the number of shades add vitality to the world, making it feel at times as if you’re playing a living painting, especially when background elements are moving or shifting as you run across the screen. In terms of audio, the soundtrack is more ambient than pronounced, but it doesn’t detract from the experience. 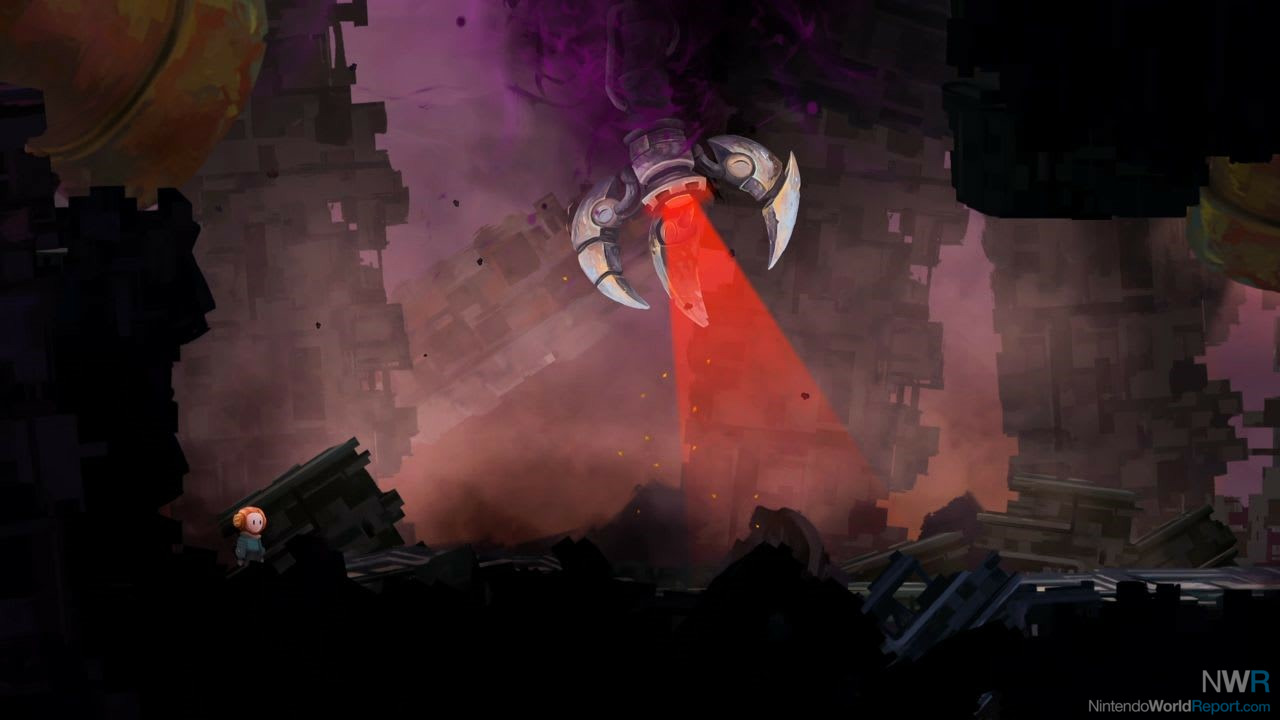 Out of Line is a good time while it lasts, but the gameplay is much less memorable than the art style. Overall, it feels like a light experience that could be enjoyed by players of all different levels, perhaps a good fit for introducing younger gamers to the medium. As someone with a lot of puzzle-platformer experience, I would have liked to see a greater variety of play mechanics, but outside of a few glitches requiring a restart (invisible walls preventing progress, for example), there isn’t much to dislike about the game. Out of Line simply ends up playing it fairly safe, so if that’s what you’re looking for, then maybe you’ll want to get in line.