For most party games, the proof is in the pudding, and from a glance it can be hard to tell whether the simplicity of Papa’s Quiz is more of a strength or a weakness. Booting it up during a week-long family trip was enough to convince me that Papa’s Quiz is more than worthy of a spot in your Switch’s digital library, provided you’re looking for a very basic multiplayer quiz game.

Much like with the Jackbox collections, players join an online lobby using their phones or even a single Joy-Con. After customizing your avatar’s name and appearance, you’ll jump immediately into the game. There’s really only a single mode to Papa’s Quiz, which involves five rounds of about five or so questions each. Prior to the start of each round (with the exception of the final round), players vote to select from four categories that dictates the flavor of questions for that round. The game’s eShop listing boasts a total of 185 categories and over 3000 questions, meaning you’ll get dozens of rounds out of Papa’s Quiz before repetition would set in. Some of the categories even include specific “Junior” versions with slightly easier questions to help younger players. 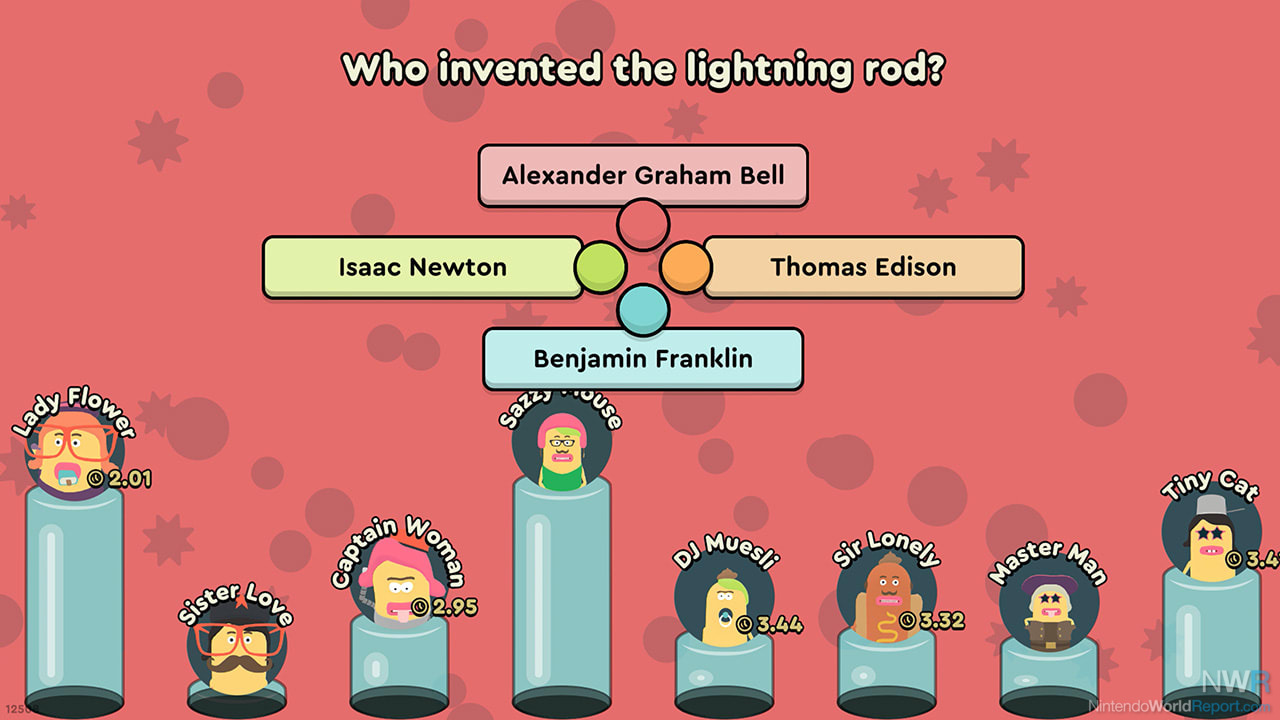 Most rounds involve basic multiple-choice questions with four possible answers to choose from. Some rounds use gradually uncovered pictures as clues or images that rotate through as you aim to be the fastest to buzz in on the correct one. A nice bonus is that questions are often followed by an interesting fact related to the correct answer. The final round of each contest gives each player a chance to emerge victorious as points from previous rounds are converted to a pillar supporting each player, with higher point totals awarding a taller pillar. Incorrect responses in this round lower your pillar, as do slow responses; only correct answers will keep you afloat long enough to win. It’s a clever implementation that ensures no one is left out even if they did poorly in the initial rounds of the game.

The simple presentation and accessible gameplay contribute to Papa’s Quiz status as a solid family-friendly experience. Veteran quizzers who own or prefer the more adult-oriented offerings in the Jackbox games might not find as much to like about it, but there’s no denying that Papa’s Quiz is a great offering for the right crowd. Silly dances between rounds, the quiz master’s accent, and the straightforward style ensure that I’ll be regularly pulling this one out after family dinners and other all-ages gatherings.