An unforgiving port in more ways than one.

I tend to like first-person puzzle and adventure games. In general, I like to think I’m fairly good at them. The Long Gate may be the first time I’ve picked up one of these games and quickly thought to myself, I may not be smart enough for this. While now and then difficulty arose simply due to the Switch port itself, the vast majority of The Long Gate is just a very challenging, complex puzzle. That being said, it was always one I felt oddly compelled to solve.

At first glance, one might compare The Long Gate to something like Myst. But where Myst’s abstract world demands creative thinking, The Long Gate demands logic, mathematics, and a touch of basic engineering. It also operates on an assumption that you have a pretty darn good understanding of binary, to the point that I was very grateful I grew up with a computer programmer for a dad. 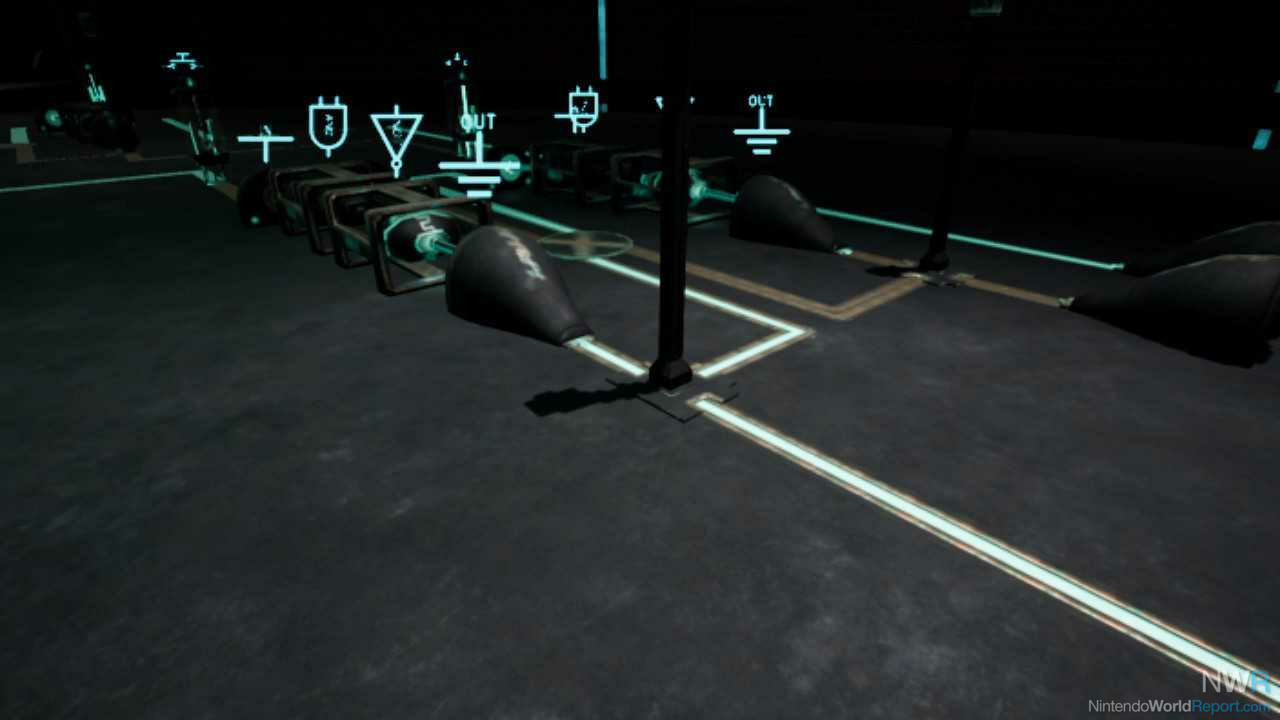 The Long Gate presents the player with an ever-evolving series of circuit board-like puzzles. One puzzle in an area almost never exists in isolation and ultimately feeds into the entire array. The general goal is usually to get power from one point to another. This is illustrated by a lit or unlit path on the ground. Along this path are small areas where you can rearrange components or manipulate devices in some way. Early on, many of these components will act as simple binary statements. For example feeding an unlit line into a “not” statement will cause it to light up. “And” and “or” statements allow you to combine multiple lines and the resulting output line will depend on the value of the input line. Later, you’ll mix and match eight digit binary sequences rather than simple on or off signals. Not only will you need to figure out exactly what sequences to combine to get the desired output, but simply creating those sequences requires the use of a large array that is a bit of a puzzle in and of itself. Do you know how to represent 55 in binary? You better figure it out! All of the things I just described occur within the first four puzzles.

The Long Gate’s greatest strength and weakness is that it trusts completely in the player already understanding the concepts needed to play. This goes beyond not tutorializing, The Long Gate just actively avoids being remotely inclusive. That being said, it is also the kind of game where you can look up elements of a puzzle without having any effect on your ability to solve it. There was definitely a time in my life when I knew how to convert base 10 numbers into binary but that time is well over a decade in the rearview mirror at this point. But me using the internet to convert between base 10 and binary never actually yielded a solution to a puzzle; it merely allowed me to know what pieces I would need before I could figure that out. 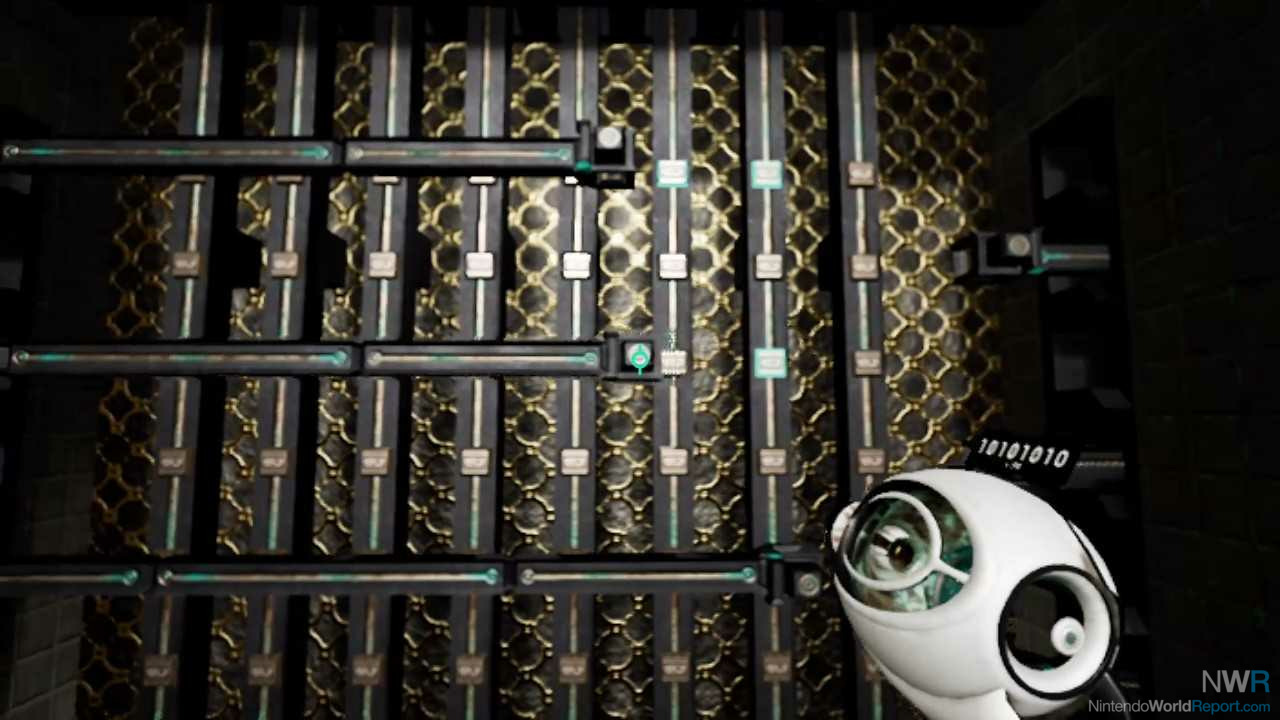 The Long Gate does include three difficulty modes: Engineer, Normal, and Extra Nudge. Engineer is the hardest and removes certain elements of the UI making components a bit more difficult to identify. Extra Nudge adds hints in various spots across each puzzle, but these hints by no means spell things out. Instead, they simply tell you what a given system is capable of doing. It's not that Engineer treats you as an engineer and Extra Nudge as someone who isn’t an engineer, but rather as the newest engineer on the team. Even with all that in mind, I still found myself pushing through one more puzzle. There is something to be said for a game that doesn’t treat you like an idiot (even if it should). The feeling that I should be able to solve this made me want to solve it more. It likely won’t work that way for everyone, but for a certain personality type, The Long Gate can be highly addictive.

While the difficulty is largely a matter of preference, the performance of the Switch port is a bit more objectively an issue. Both on the TV and in handheld, the Switch version is extremely blurry. This is disappointing as there isn’t anything particularly ambitious happening on screen. You’re generally in a small, dark room. The environment is simple and doesn’t feature any particularly complex lighting or simulations. What exactly is causing The Long Gate to run so poorly is a mystery. What's worse is it has a major effect on playability. You’re constantly reading small readouts of numbers, looking out across complex networks of components, and if playing on the easier mode, reading text on the ground. The already confusing puzzles become much more confusing when they’re hard to see. I regularly encountered instances of having to walk across the room to look at something even though I should have been able to see it just fine from where I was standing. 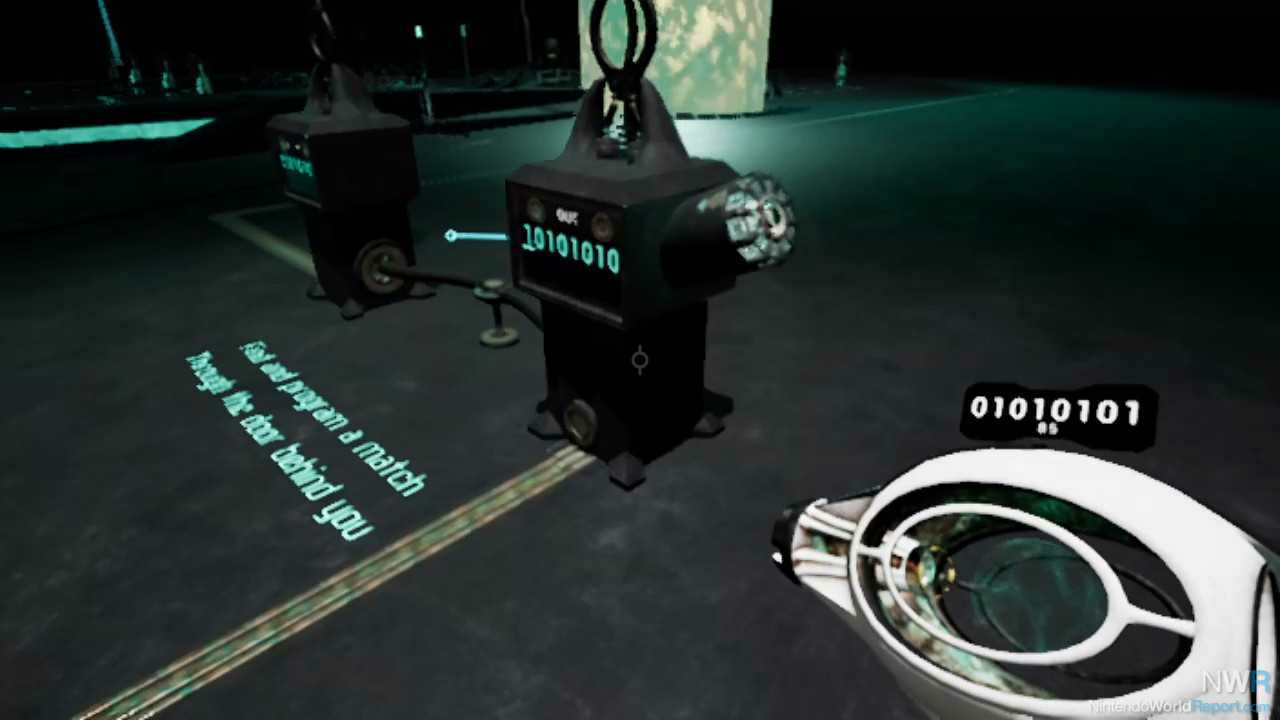 This is an engaging puzzle adventure game whilst also being one of the most daunting I’ve ever played. Would I champion a little bit more accessibility? Absolutely, as I feel there is the potential here for not only a great puzzle game but a real learning experience. At the same time, it is impossible to ignore that the Switch version itself is highly let down by this particular port. While I firmly believe that there is value in The Long Gate, it is hard to recommend the Switch be the place you play it. It's unfortunate as there doesn’t appear to be any reason the Switch version should run this badly. The Switch is an excellent platform for this type of game; unfortunately, the same engineering effort that went into the puzzle design doesn’t appear to have made it to the port itself.