Boss rush game lets you play it your way

Eldest Souls is a pixel art indie debut from Fallen Flag Studios. With it, the developers are bringing a boss rush game with tons of customization options to create unique character builds for any combat encounter. The game attempts to employ a Dark Souls aesthetic but truly ends up in a lane of its own.

The world of Eldest Souls is populated with sparse amounts of characters that fill in the backstory. You are a lone warrior entering the citadel: A prison that was created to house the old gods, with your task being to defeat the last of them. There are notes from survivors about what went wrong in the citadel as well as mysterious items strewn about. These items, when given to the right character, will reward you with stat boosting items or further lore, though these interactions are minimal at best. 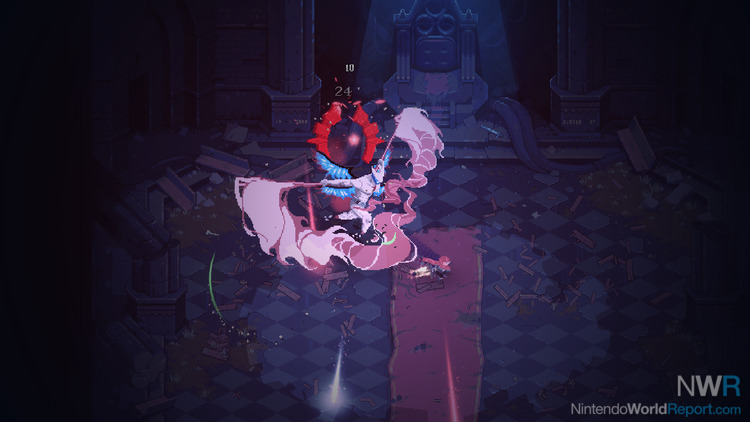 Right off the bat, Eldest Souls is a fairly straightforward boss rush. That means there isn’t really any enemy fodder, complex platforming, or intricate puzzles. It’s environmental storytelling between larger than life boss battles that will test your skills (and your patience). Your combat kit has a light attack, a charged attack, and a dodge with a short window of invincibility. The dodge has a recharging meter to limit its usage. Charging your attacks will build up a “bloodthirst” meter that when maxed will restore health or can be used to do a devastating “bloodburst” attack that will hit hard but use up the meter entirely. That kit is expanded with three skill trees that are based on varying styles of play: Attack, defense, and agility. Going with the Berserker Slash tree will provide damage-boosting buffs and an attack meter. On the opposite end, the Counter tree will provide damage mitigation and a counter attack system that rewards defensive timing-based ripostes. Lastly, the Windslide tree will give your dodges a boost with damage over time, flying leaves, and health benefits. 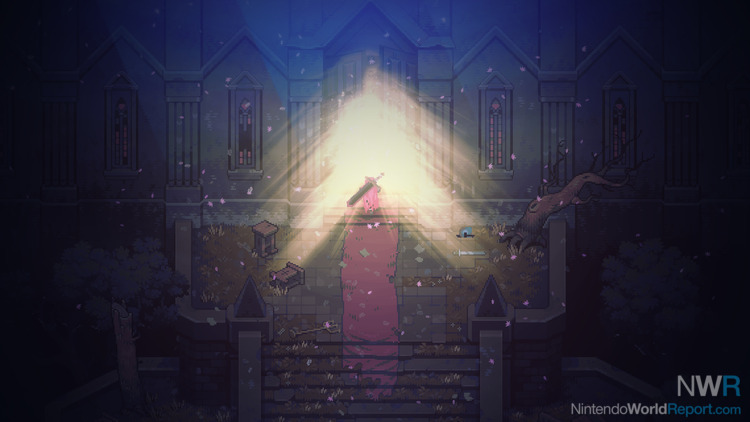 Going even deeper you'll find that each skill tree also splits into two secondary paths for even more customization. You can adjust your bloodburst to cause an explosion or give you 20% health over time. Need to get out quick? The Windslide tree can let your dashes recharge faster while also adding extra speed to your movement overall. There is so much extra customization that it really did feel like adjusting a couple points changed my whole strategy. This is punctuated by the fact that you can respec at any time, so playing with the systems is crucial.

When defeating bosses, you are rewarded with their soul shard, which when equipped can alter specific pieces of how you play. Adding the fire shard to your dash will give it damage properties while also hurting you, but the corrupted shard will give you a grapple hook. Slotting in the moon shard to your Berserker tree slot will make your bloodburst attack create a small moon that follows you, boosting your damage. There’s so much to account for and ways to diversify the combat, but trust me, you’ll need it. 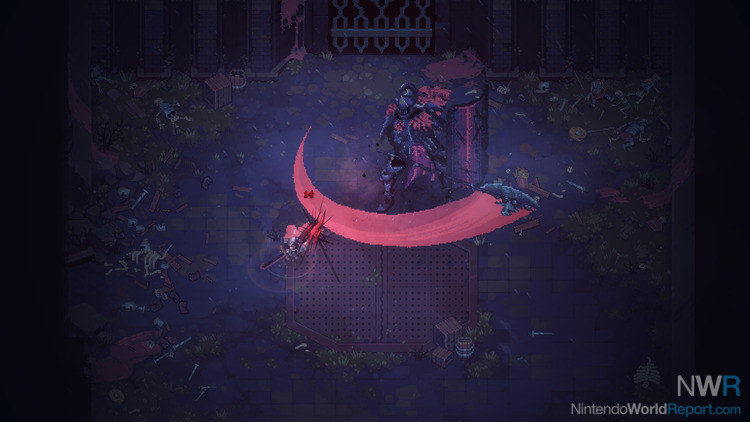 The pixel art works well to emphasize the detail in the boss encounters. They are well designed and unique to what you’d see in a Souls game. Vicious deer beasts, gods made of light, and giant stone golems vary the menagerie of bosses you’ll face. They all stick to pretty strict attack patterns with clear tells of what’s incoming. The name of the game is recognition and memorization. Once figured out, the bosses are just rote repetition with what feels like insurmountable odds and a deluge of deaths. You will die a lot, but once you find a build that suits you, the game eases into a good groove. Originally, I was having a tough time with this game, and bashing my head against it’s difficulty was not a fun prospect. With time and adjusting my build, I found a sustained drive that pushed me through to the end.

Eldest Souls straddles the line between frustratingly difficult and overwhelmingly satisfying. I had to stop playing before bed because I’d have trouble sleeping from the nervous tension it caused. Whether that’s appealing or not is up to you, but for me I eventually found my way around to really digging Eldest Souls. I was slow to warm up to it, but now welcome it amongst the others in the genre like Furi or Titan Souls. It builds up gradually but the fun is found in the depth of combat customization, and there’s plenty if you’re up for the challenge.