Originally a PSP game, Akiba’s Trip: Hellbound & Debriefed is the first of the HD remakes in the franchise to be brought to updated consoles. The series acts as a love letter to Otaku trends, fan service, and Akihabara as a whole with the focal points emphasizing the culture surrounding what’s known as the electric town. The city is alive here with lots to find and explore but one thing I didn’t find a lot of was fun. 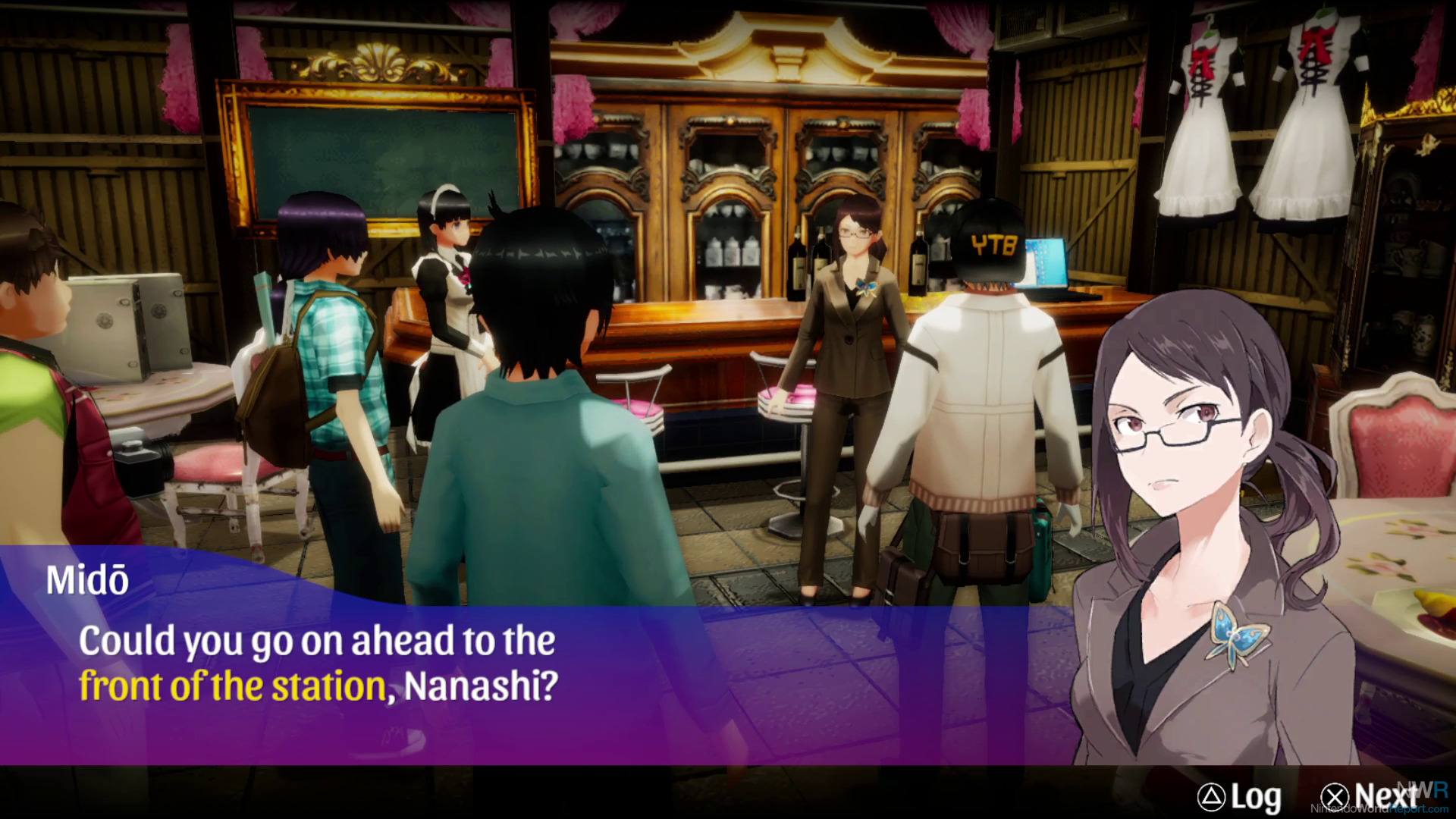 Akiba’s Trip follows a young “professional dork” named Nanashi, who is attacked in a dark alley trying to find a missing friend. After the assault, close to death, a vampire named Rui comes to the rescue but can only save him by turning him into a vampire as well. After turning, he’s recruited into NIRO, the anti-vampire task force. Straddling the line between human and vampire (or Kageyashi as they are called in the game,) Nanashi teams up with NIRO to rid Akihabara of the growing vampire threat. Armed with a team of Otaku (young pop culture enthusiasts) and a snappy fashion sense, Nanashi travels around Akihabara exploring the alleys of cosplayers while fighting vampire hordes that have infiltrated.

To combat the vampires, you have three attacks: A head attack, a body attack and a legs attack. Each one targets a specific article of clothing, and once you’ve done enough damage, you can grab and rip off that article of clothing leaving the enemies in their underwear. After you’ve removed all the top level clothes the enemy is exposed to the sun and disappears. This is a silly, fan service-y mechanic that feels a mile wide but an inch deep. Sure there are stats for specific pieces of clothing, or stat boosts to do more damage say to schoolgirl outfits, but it rarely feels profound. 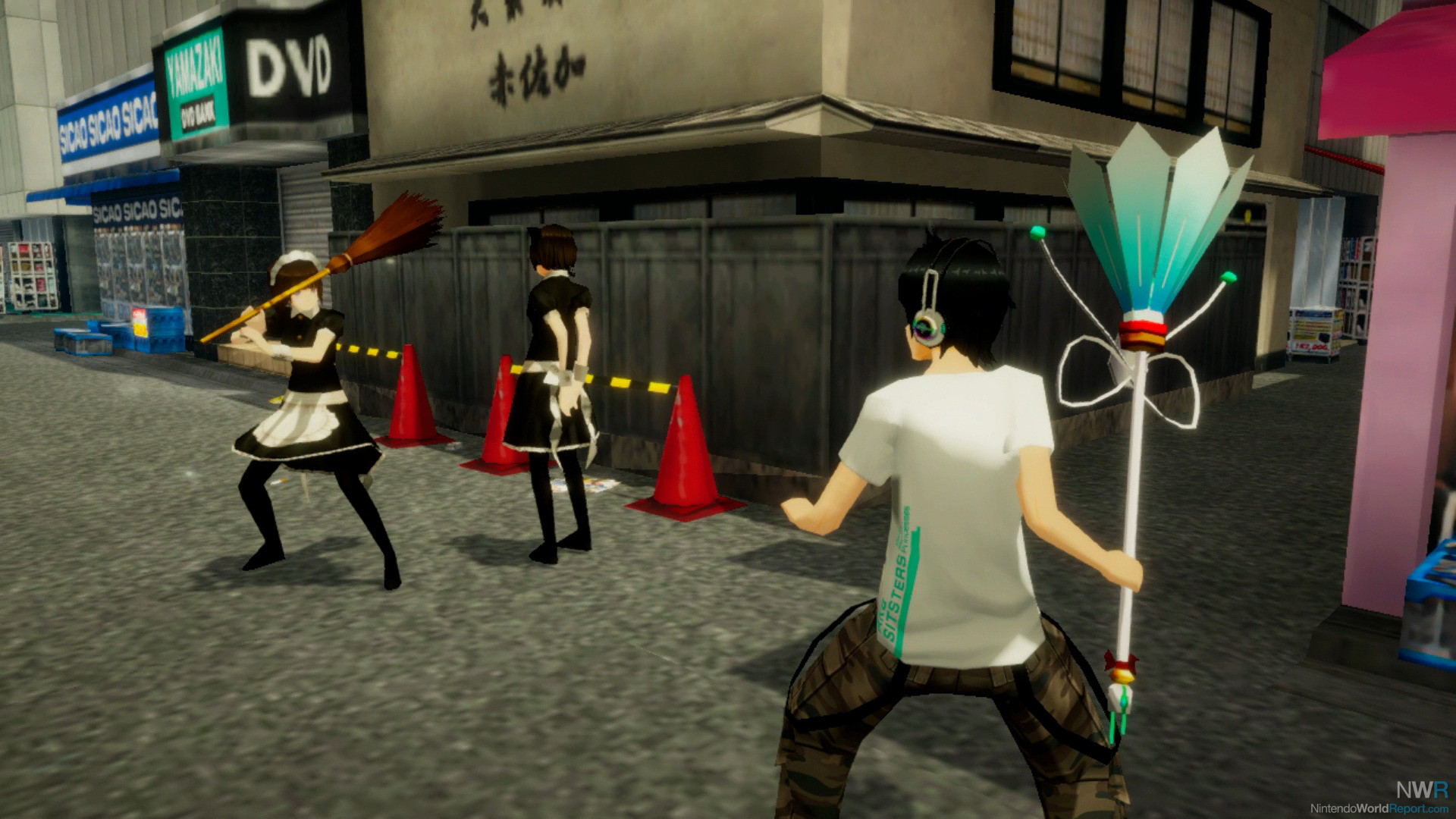 The fashion aspect plays into Akihabara fashion culture, as it’s not uncommon to see cosplay displayed throughout the city. In Akiba’s Trip, it’s used as armor but some missions require specific real world outfits like school girl skirts or business suits so you better dress accordingly. Clothing can be found in tons of shops around the city or taken from enemies. Also there are skill books that will boost your stats against certain outfits so you can plan ahead. Outside of the gear, your stats improve from leveling up from combat encounters, and there are ALOT of those.

The flaw of the combat design is that being a vampire fighting for humans, you end up being attacked by both sides. This includes combat with any and all random NPC’s. At any given time you can randomly be attacked. This is super frustrating because it takes 2-3 seconds for your character to perform their intro combat animation and also combat will continue to occur in NPC conversations. You can get out of combat stance but that also takes 2-3 seconds and even after, you are still vulnerable to attack. The fact that these happen randomly may not be a big deal but I found myself in a combat arena 1 vs 1 story beat that was interrupted by roughly 15 random enemies joining into the frey. On the positive side, it was dynamic so they would accidentally attack and turn on eachother making it comedic but overall felt like a mess. 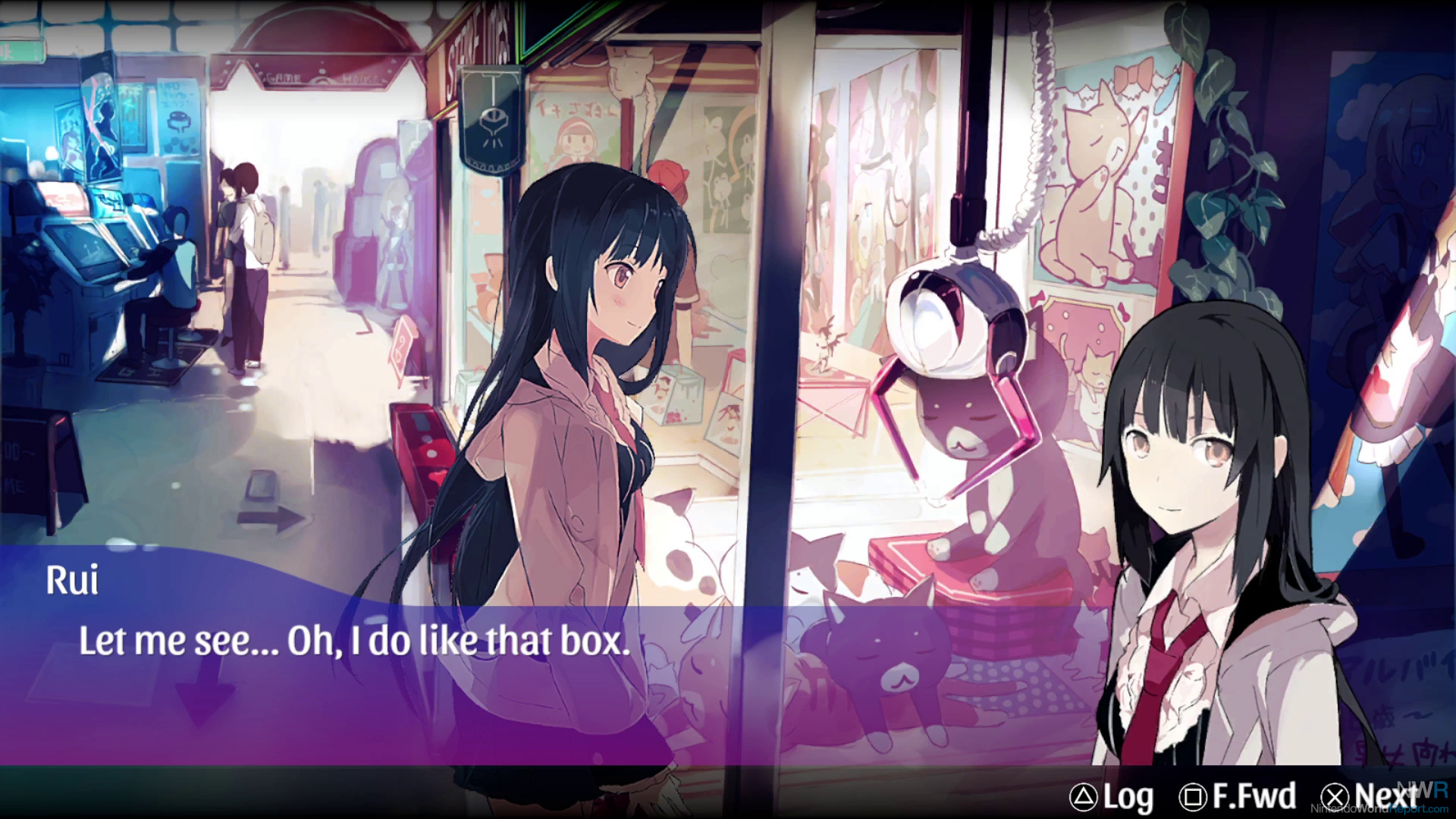 Adding to the frustration of the dynamic combat is that when facing multiple opponents in story encounters, it’s easy to find yourself stunlocked or encircled and unable to move being pummeled to your death. I found the best solution to strafe around constantly but that led to issues with the camera unable to keep up within the environment. Add in a lack of a targeting system and you are left wildly swinging your weapon and attempting to strip one enemy but accidentally grabbing another.There is a neat mechanic of using your flip phone camera to find hidden enemies but this was rarely used.

The graphics, while HD, do little to improve what clearly looks like a PSP game. The characters art is crystal clear but doesn’t help the muddy textures or lack of detail in character avatars. Each map represents a block of Akihabara, so they are smaller in scale and confusing to say the least. Stores are highlighted with yellow arrows which is sadly a necessity, as some stores were just building walls with no storefront. Other issues are NPC’s. They are numerous in number but sometimes it’s required for you to speak with a specific one and it isn’t until you are right on top of them that a name appears above their head. Details like this make missions obtuse and confusing. 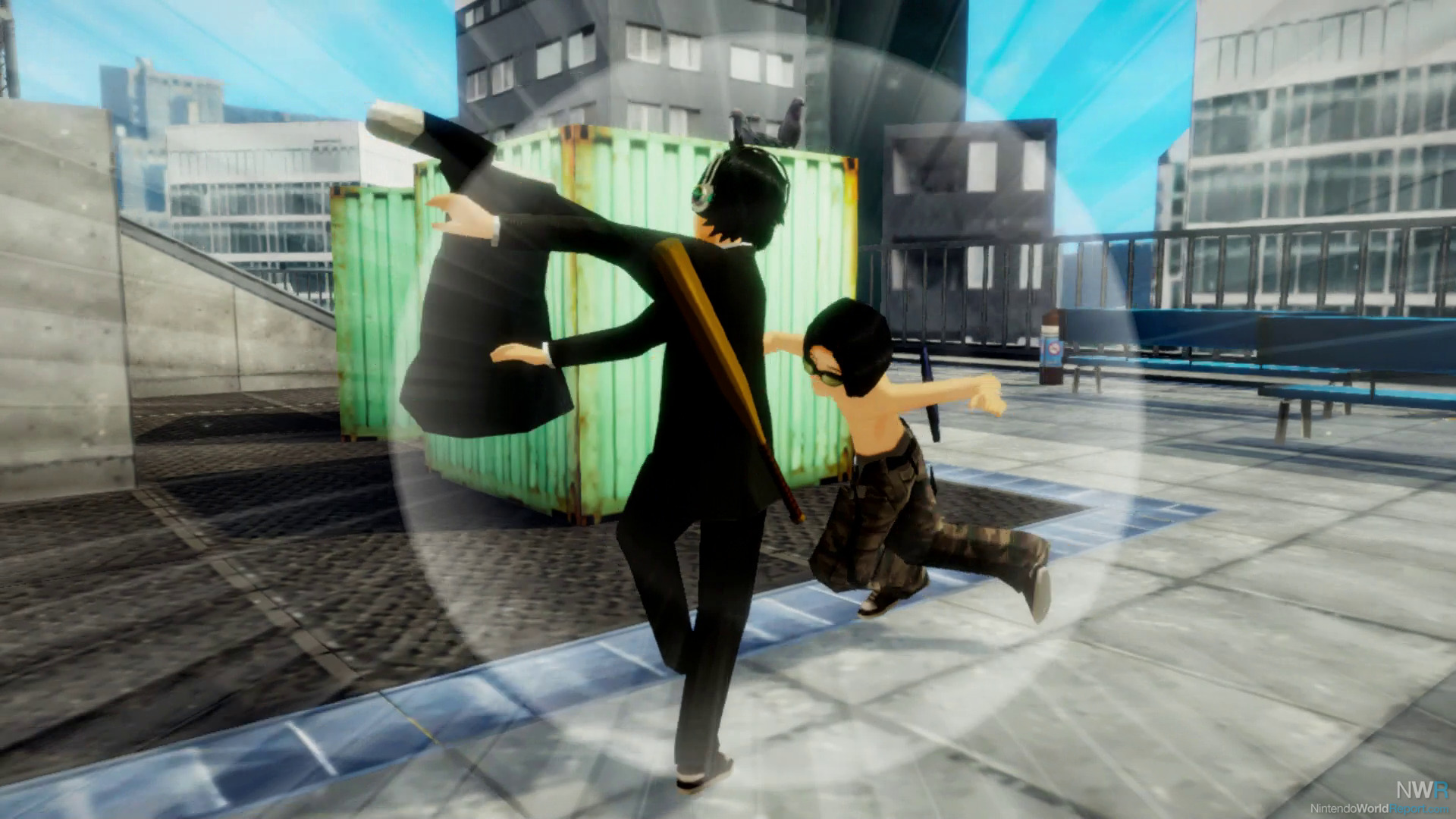 There are tons of other issues that go along with the port such as music being louder than the voice acting, drowning it out, occasional frame drops or a dressing your underage sister for photos mini-game that feels uncomfortable and in poor taste. I know that there’s an implied sexiness to the game (yes I got the title pun) but still. Akiba’s Trip was a series I’ve always been curious about. I understand the fan service of finding quirky excuses to strip your enemies but everything around this just feels outdated. The mechanics have not aged well, the story rarely gets passed ‘eye rolling,’ and combat is frustratingly repetitive. From my understanding, there are many quality of life improvements that have occurred in later entries into the series but this remastered version keeps it faithful to the original, warts and all. Strip away the Akihabara charm, and there’s not much left to enjoy.