Not really a boomerang, but I kept coming back.

I’ve gotten to a point where when I see the Devolver Digital logo on a game, I know it’s going to be an interesting experience at its worst and a memorable one at its best. Outside of their surreal, Adult Swim-like E3 presentations, they have a penchant for finding unique indies that have a compelling hook or tone. Boomerang X is no different—clocking in at about four hours, the high octane first person boomerang-er (yes, we’re coining that term here) is an example of how cryptic storytelling can help the mundane feel fresh and inventive.

That’s not to say the gameplay itself is stale. Your nameless protagonist starts with a 4-pointed star that acts like a boomerang and returns to the hand shortly after hurling it toward enemies. The star is effective but has short range, so in some areas you’ll end up getting close and personal with enemies. Walking is slow, but a jump that catapults you forward gives just enough mobility to start. Each level is a room with waves of floating enemies, many reminiscent of those tentacled robots from the Matrix with an ink drip style. To beat the waves, there are specific monsters with a yellow circle above their head that need to be downed; this does not require defeating all enemies. Between those levels are chalices that increase hit points and grant new abilities that you must master before the next room opens for you. 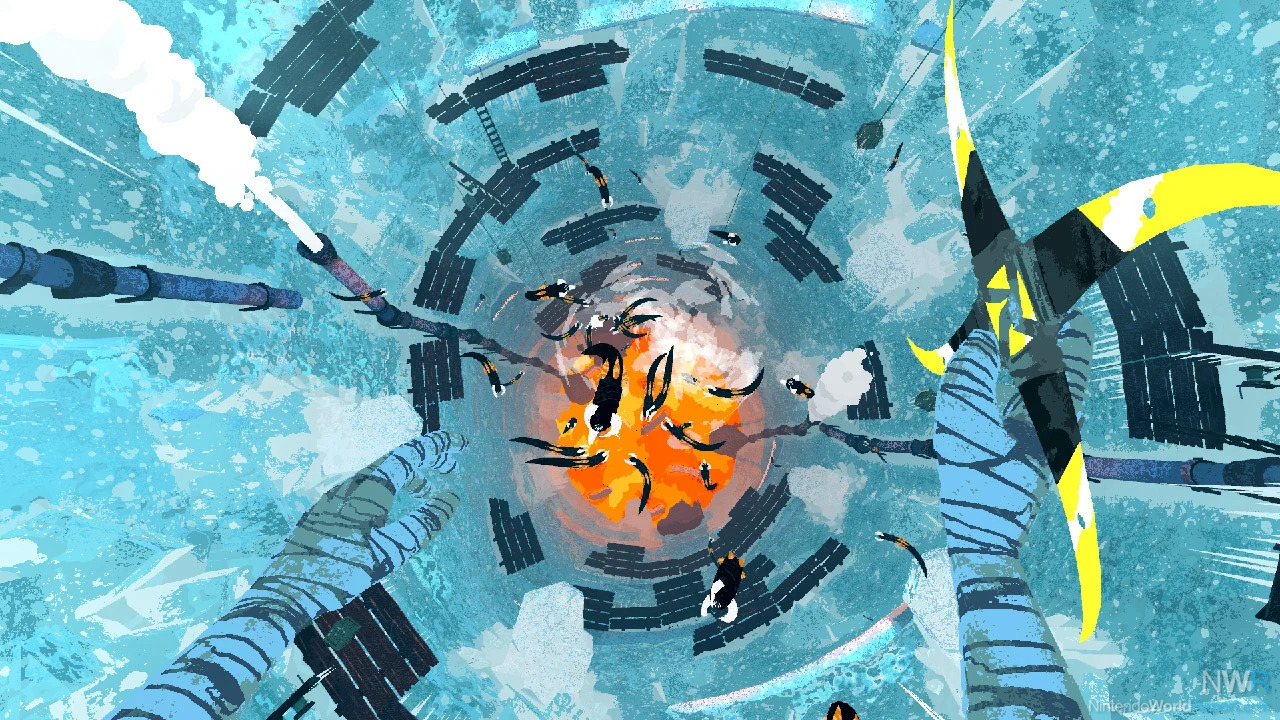 Those abilities become more critical to master in the next zone. Early on, there will be the ability to snap back the star quicker, then a teleport that lets you blink jump in the direction the boomerang has been flung. Later abilities veer on the side of combat options, from a bullet-time slow down and attacks that let you shoot a shotgun-like blast, to a laser that acts like a sniper rifle when you hit enough enemies in one shot. Starting out you’ll feel a bit sloppy with timing and coordination, but in later zones these tools turn you into a high flying, versatile agent of death. The aerial moveset is similar to a game like Gravity Rush where the unwieldiness starting out could be discouraging, but the experience of mastering the tools and deftly destroying your opponents feels gratifying in ways kill-room based games often don’t.

The world of Boomerang X is enigmatic and fascinating. You’re washed ashore with no real idea of what’s happened. Throughout the world are villages and old artifacts of a civilization gone. A lone millipede-like creature left to give brief history lessons of a people who cursed themselves to an end through searching for a particular artifact. You move between levels through a teleportation door leading to a circular room with an open sky; an ephemeral trail tells you to hit strings along the way to form a basic set of tones before dumping you back into the depths of a new level. There’s little to no audio beyond the effects of your boomerang or abilities in battle. Still, there’s just something that speaks to me about trying to follow little threads to build a larger narrative, and this fits the bill nicely. 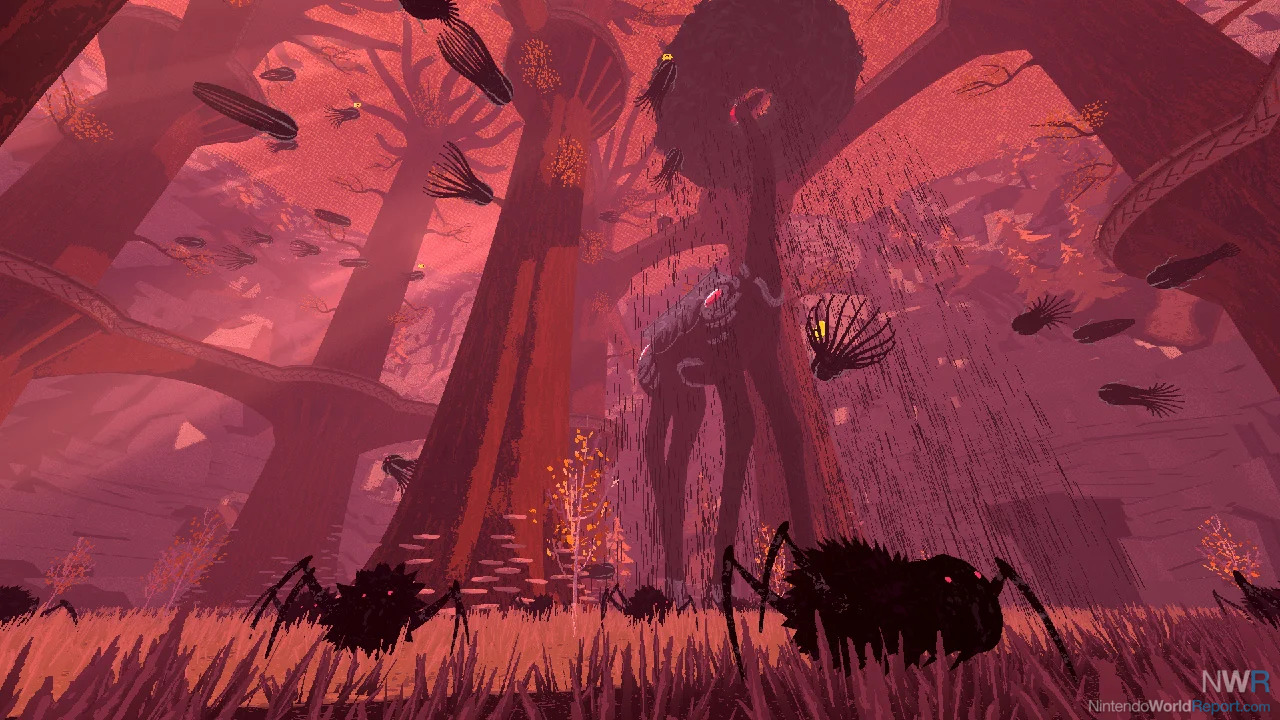 There’s really very little to complain about with Boomerang X, but here’s a handful of forewarnings. On Switch, there’s some slowdown in more populated zones, which threw off my timing. While the monsters are varied in shape and strategy, they all share that same dripping black ink look, so don’t expect a diverse range of color here. Finally, the difficulty did become a beat-my-head-against-the-wall struggle near the end, so it could take some persistence and patience if you were a bit slower to adopt the new abilities beforehand.

Boomerang X is a textbook example of short and sweet. It’s a bite-sized experience that rewards persistence with a vague, mysterious narrative, dynamic combat, challenging enemies, and so much satisfaction when you squeeze out a victory in the last wave. I had to test my mettle and tolerate a bit of slowdown, but Boomerang X is one of the best indies I've played this year.