Zombies should have eaten the ghouls as well.

The package of Zombies Ate My Neighbors and Ghoul Patrol makes a very good case for why it’s okay to keep clamoring for more games like these to be added to the Nintendo Switch Online service. If they had been released there, players would have access to multiple save slots, a rewind feature, and even online play. None of these benefits are part of the recent dual-release published by Disney Interactive and originally developed by LucasArts. While Zombies Ate My Neighbors still holds up today, with its Hollywood-monster slaying, great level names, and catchy soundtrack, Ghoul Patrol is still very much a dud of a sequel.

In Zombies, players navigate more than 40 top-down levels in pursuit of various neighbors who must be saved before they are turned into mince meat by werewolves, chainsaw-wielding maniacs, or tiny dolls of death. Boss stages pop up every so often, and almost every level has a new theme and set of enemies to destroy with your arsenal of weapons or sprint past. Your default water pistol takes down the basic zombies with a single squirt, but other creatures, like a green one from a certain lagoon, are weak to other tools, like a six pack of soda that explodes upon hitting the ground. Moving and shooting are quick and still feel really good, even 28 years after originally launching on the SNES and Sega Genesis. The cool, cartoonish monster designs remain a standout, and without question this is the better game of the two. 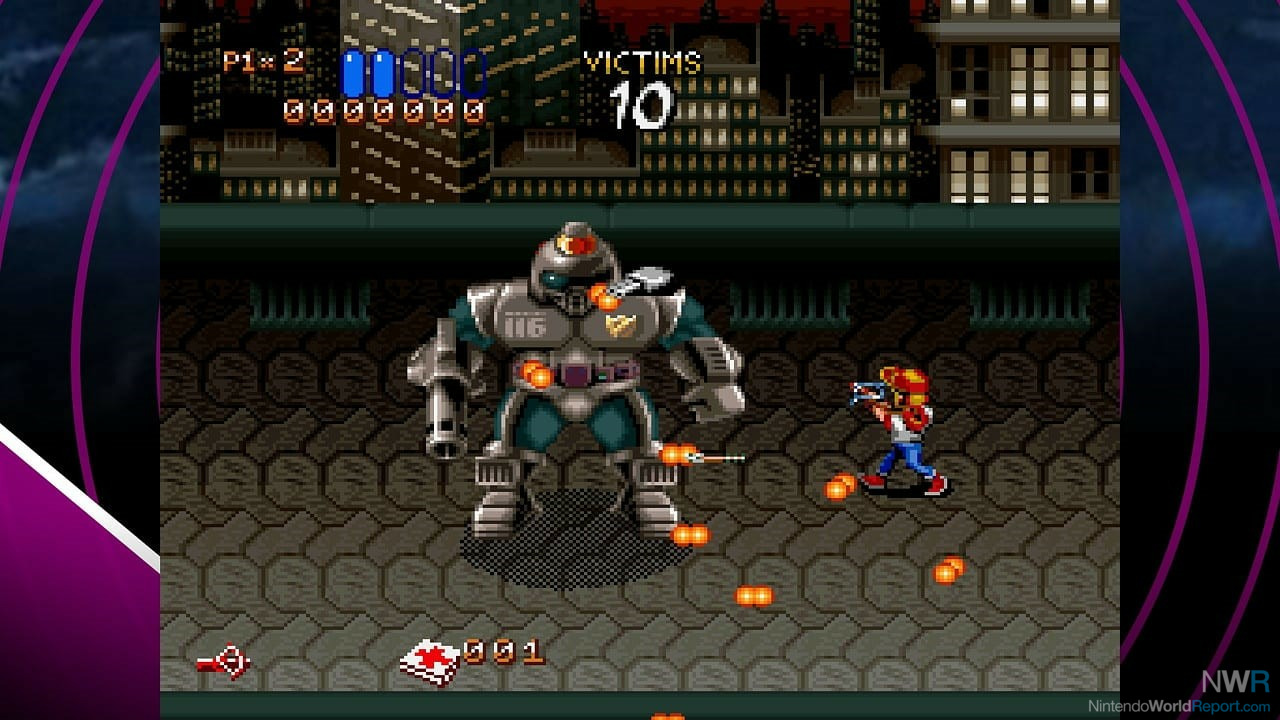 Ghoul Patrol, on the other hand, feels like a bad licensed version of Zombies Ate My Neighbors. The same two characters, Zeke and Julie, are tasked with saving even more civilians (not just neighbors), but this time from a more demonic horde of foes. The enemy variety is nice, but the charming enemy design of the first game is lost here. Worse than that, the addition of a jump and slide actually make Ghoul Patrol more cumbersome, and movement in general feels sticky and sluggish. Another culprit is the addition of a sprint ability, mapped to the same button as your primary weapon. The number of keys to collect and locked doors to open also seems like overkill. With fewer than 20 stages, the lack of content is both a blessing and a curse: it won’t take you long to finish it, but that also means that a bad game doesn’t drag on too long.

From the opening menu, you can start up Zombies Ate My Neighbors or Ghoul Patrol, and each title has its own Museum section. Both are pretty barren, however, unless you just want to see the EU and NA game manuals, a handful of concept art, and the same player and monster animations from the games themselves. A developer interview is the highlight here, but it’s only for Zombies. The two games share a list of achievements but have separate online leaderboards, adding value to the package. Local co-op play is present, as it was in the original, and a single save slot is available for each game. All in all, the extras included in this two-pack definitely leave something to be desired. 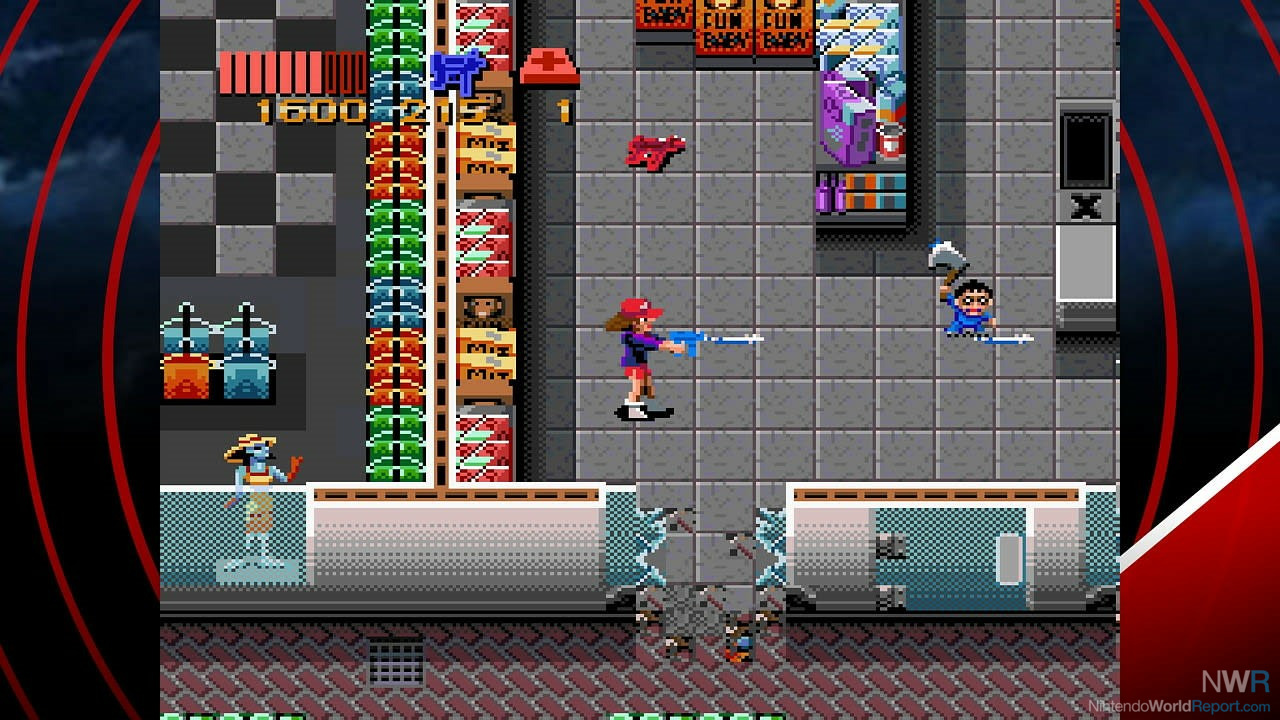 As someone who loves Zombies Ate My Neighbors, it’s disappointing to see it brought to Switch in this way. I can happily recommend that game to top-down arcade-action fans, but the weighty ball-and-chain that is Ghoul Patrol really isn’t worth anyone’s time. Once you’ve played Zombies, Ghoul Patrol is only a letdown from there, and I still find myself wishing these titles had simply been dropped onto the NSO service considering how little has been added to this compilation.