Honestly, Wave Break wasn’t really on my radar until last week’s Summer Games Fest. During a performance from the band Weezer, this weird ‘90s neon colored Wave Race-like game popped up in the background. My curiosity was peaked, especially when flashes of gunfights on boats were also shown. So I fired up the engine, stepped into my boat, and sailed straight off into Wave Break. Unfortunately, the only thing that broke by the end was me.

Now to be fair, I probably should have done a little bit more digging before I decided to jump on board. Wave Break is touted by the developers as a Skateboating game, where you perform tricks, jumps, stunts, grinds, and twists to score points and complete objectives. Meanwhile, you are also playing against other players and are able to take them out by shooting them with your gun. Perform enough tricks and you build up a meter that enables you to slow down time for a short period and unload your clip onto opponents. 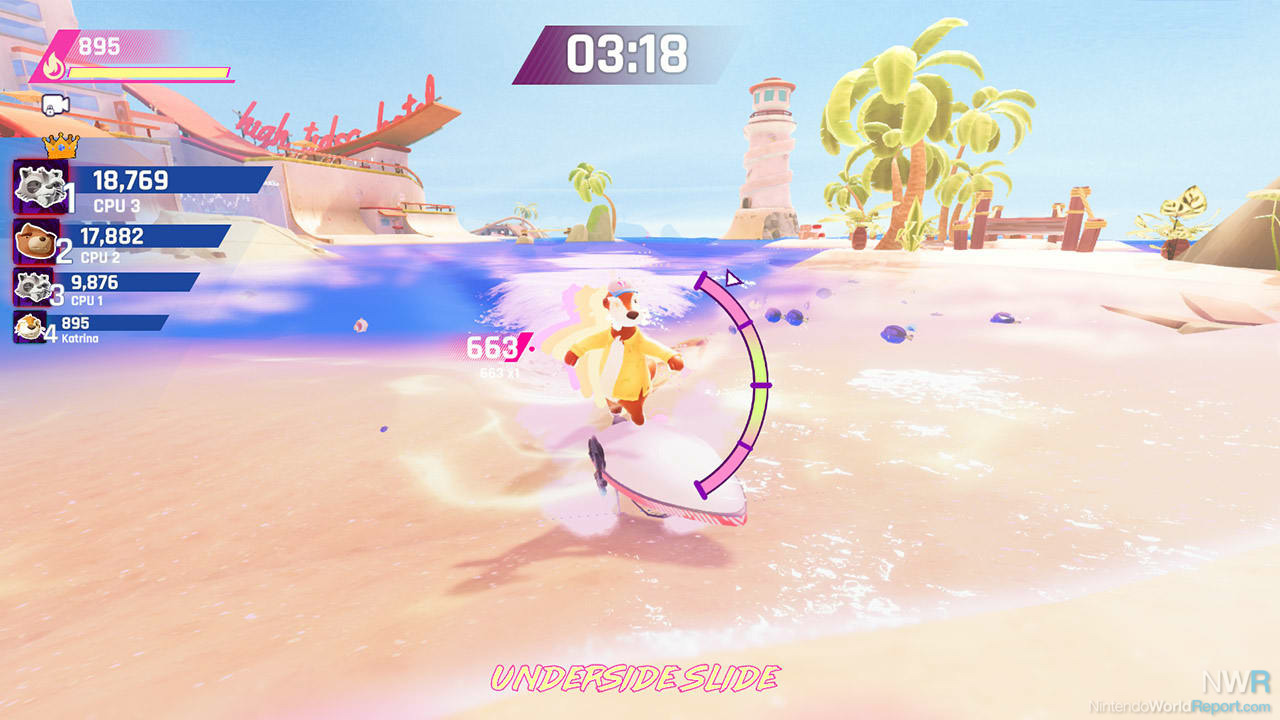 On paper, this setup sounds like a great twist on the Tony Hawk-style skateboarding gameplay. But from the word go, something just felt incredibly off about Wave Break. There’s barely any time to get used to its weird mechanics. I’ll admit, it’s been years since I’ve played a skateboarding game, but even so Wave Break immediately felt wrong. On top of a skateboard, you actively control the movement of the skateboard via the character; in Wave Break, the game controls like Mario Kart. You don’t move the stick in combination with where you want to go, but instead accelerate your boat and immediately get off to an insanely high top speed. This makes controlling the boat itself incredibly difficult. I kept spinning out, being unable to dictate precisely where I wanted to steer towards. I got stuck in the ramps for half a minute before being able to make my way out. It doesn’t help that the general tutorial and first stage are awful at teaching you the game. Only later, when in freemode, did I find a way to play on a different map, and I finally managed to grasp some of the more precise movements, but even then, screwing up was a consistent part of the experience.

In the singleplayer campaign, you try and complete objectives like scoring a certain number of points, collecting all the B-R-E-A-K letters, and stringing combos together: pretty standard stuff for a skateboarding game. Surprisingly, there’s also a story mode on offer, too. You can interact with a character on the map and get an additional goal to perform. The core issue here is that these story-requests are tied to the same timer as the regular objectives in the game. There’s only three minutes for you to complete your goals and if you fail, you have to restart the entire level. Now I understand that this is leftover from the arcade-like approach to games such as Tony Hawk and Crazy Taxi, but doing this with a story mode, having a mere three minutes at a time to familiarize myself with the controls, was absolutely awful. It’s a restriction that feels like it exists purely to recreate that feeling of the Tony Hawk series, rather than thinking about what a new player would want. In my opinion, story modes are the ideal way to teach a player the main mechanics, which they then can apply to a score attack or even multiplayer mode. But this roadblock was simply impossible for me to overcome. I couldn’t get past the second mission of the main story mode because I lacked both the skill and time to understand the challenges presented to me. 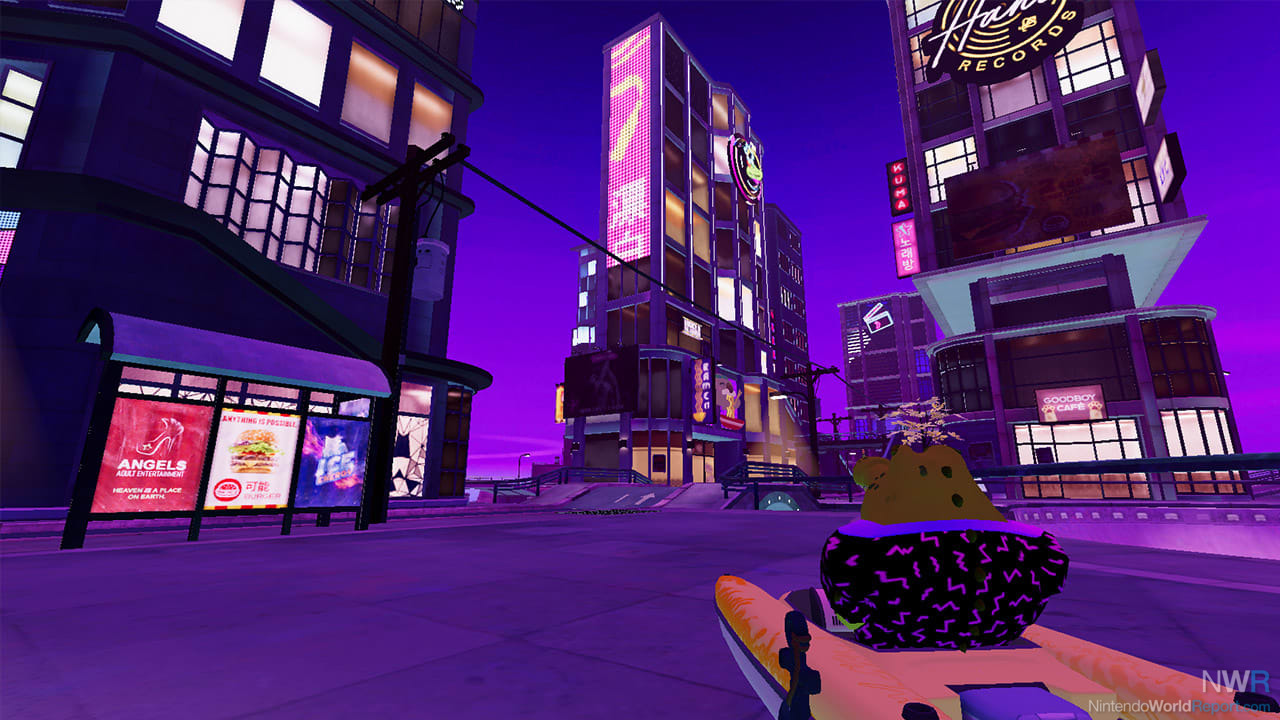 So okay then, storymode is a no-go, but how about that multiplayer mode then? Shooting opponents while grinding on rails with a speedboat still could make for a fun experience. And yes, I’m sure it would, if I even got a chance to play the online multiplayer. I’ve checked multiple times per day to play an online match, but I simply never managed to find even a single other player to play the game with. I can go online with Kid Icarus:Uprising in 2021 and still play the online modes with other folks, but this newly launched game that got a showcase at a highly watched gaming event has no other players? Well, it certainly seems that way. I wish I could really go more in-depth here, but the disappointing campaign, lack of a proper tutorial and not even a single online soul in sight really put me out of my depth. It just made the game a drag to play and even while playing I felt a sense of disappointment and pointlessness wash over me. I can believe this game has potential, but seemingly no-one else on Nintendo Switch Online feels the same.

Are there any redeeming qualities? Well, I liked the aesthetic quite a bit. It’s colorful, has some cool animal character designs, and really harkens back to that ‘90s vibe that is slowly creeping back up in popularity. These characters are also very customizable for the multiplayer mode, which I’m sure is very neat. Finally, I do want to call out the music: a lovely soundtrack that works like a jukebox plays during the game and has some good upbeat tracks and even some more ambient lo-fi vaporwave-style tunes. It’s honestly the best part of this game and fitting that that was the aspect that overshadowed the game at Summer Games Fest. 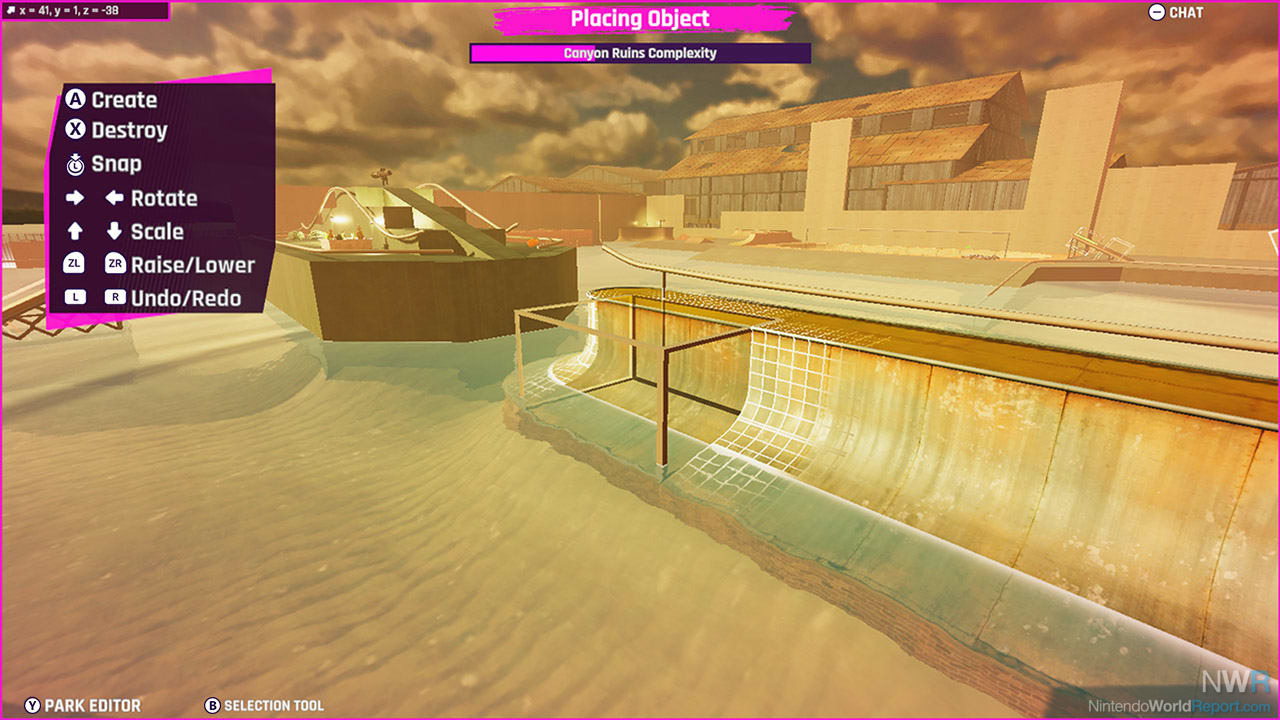 It feels pretty disappointing to have to review Wave Break because honestly, it just broke me after a few hours. The gameplay was lacking in variety, there were no other people to play online with (I even double checked to see if the game was live at all, which it was, but nope, everything should be working). It just doesn’t feel like either a Wave Race game, a good skateboarding game, or even a good online multiplayer game. If this was a free-to-play title, I may even be a bit more lenient with it, but at half the price of a full retail game, I honestly can’t even recommend it for a laugh. I’m calling it. It’s time to abandon ship.