An enjoyable and beautiful, if unoriginal, action-exploration experience.

You can't spend more than a few seconds browsing the eShop without finding a Metroidvania, a genre that's exploded in popularity, particularly when it comes to indie games. It would seem that so many developers want to follow up on the success of titles like Hollow Knight with their own take on the dark, melancholic adventure, spread out across a sprawling map filled with secrets to be uncovered. Ender Lilies: Quietus of the Knights will feel very familiar to anyone who has played Momodora, Minoria, or the aforementioned Hollow Knight, while also sharing similarities with Dark Souls, especially in terms of combat. It's hard not to feel somewhat fatigued after playing through so many similar titles, but Ender Lilies is well-designed and fun enough over its 10-hour runtime to firmly hold your attention.

The story unfolds gradually as you move through the game's various environments, but the world of Land's End has essentially been tainted and destroyed by a mysterious (and literal) Rain of Death. This advent has caused all living creatures into monstrous forms known as Blighted, and one of your objectives, as the young girl Lily, is to purify the souls of these denizens and release them from their grotesque existence. Much of the world's lore comes in the form of notes and letters scattered about, so intrepid explorers and readers will be rewarded with interesting backstory. The other major story beats arrive at the end of boss fights, as their purification reveals their purpose and who they were before the Rain came. 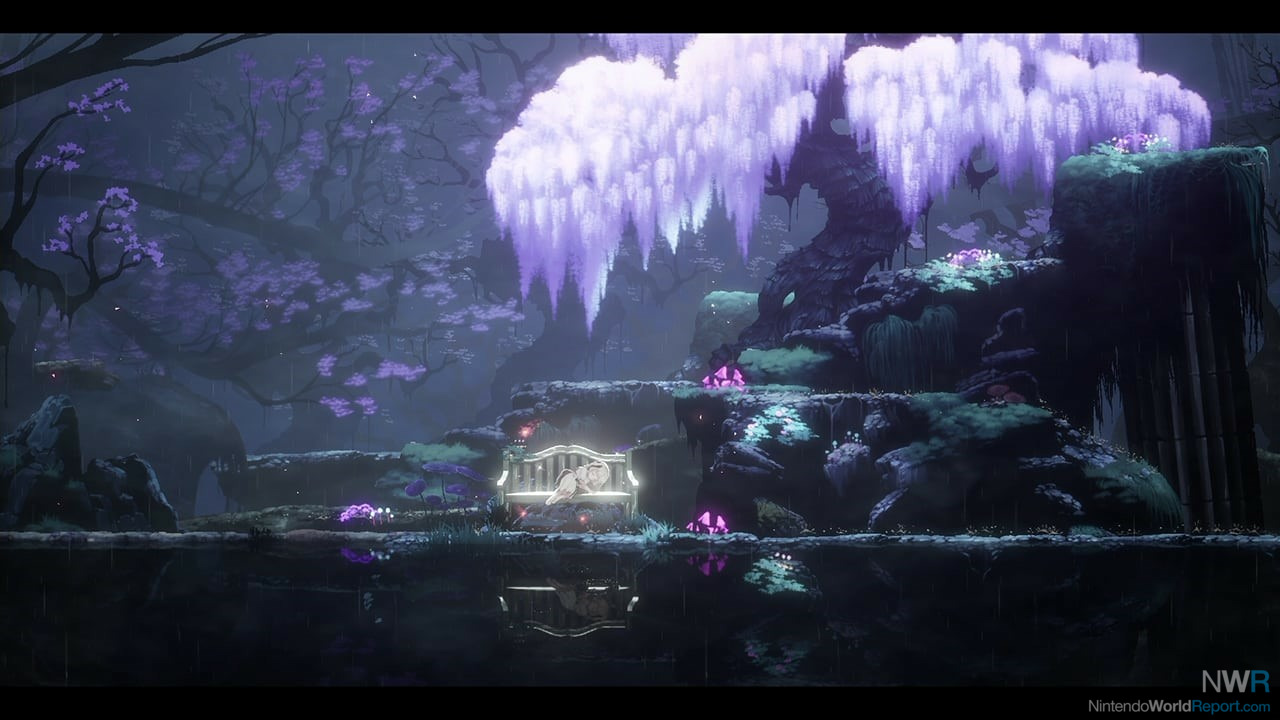 Mechanically, Ender Lilies does have a unique and engaging combat element that helps it stand out a bit from its peers. Defeated bosses and mini-bosses grant spirit abilities that can be equipped and improved over the course of the game. At rest spots that function as save, healing, and fast travel points, you can equip two different loadouts of up to three spirits and spend in-game currency to power them up. You begin with a standard sword slash attack, but more than 20 spirits can be obtained and equipped, including one that lays down a poisonous gas, one that summons a bird minion to attack enemies, and one that shields Lily from melee attacks. Boss spirits, in addition to their combat abilities, also unlock non-combat moves, such as ground pound or mid-air dash, that open up traversal of Land's End.

Much like other dark fantasy action RPGs, combat is brutal and challenging; engaging even basic enemies can be deadly. I'm not ashamed to admit that a few of the bosses too me well over a dozen attempts, and of course that frustration is matched by the relief that washes over you after finally finding success. Defeating enemies does bestow experience points and Lily levels up regularly, but the downside is that only her attack power grows, and very incrementally at that. Health meter upgrades must be found in the world, so a balance of not avoiding too much combat while also searching carefully for HP boosts is required. Your sword attack an exception, other spirit attacks have a limited number of uses, but relics found throughout the different areas can be equipped to provide more charges or boost your defenses. It's frustrating, however, that you also need to pick up items to give you more relic slots. It would have been welcome to see progression tied a little more to level ups than item discovery. 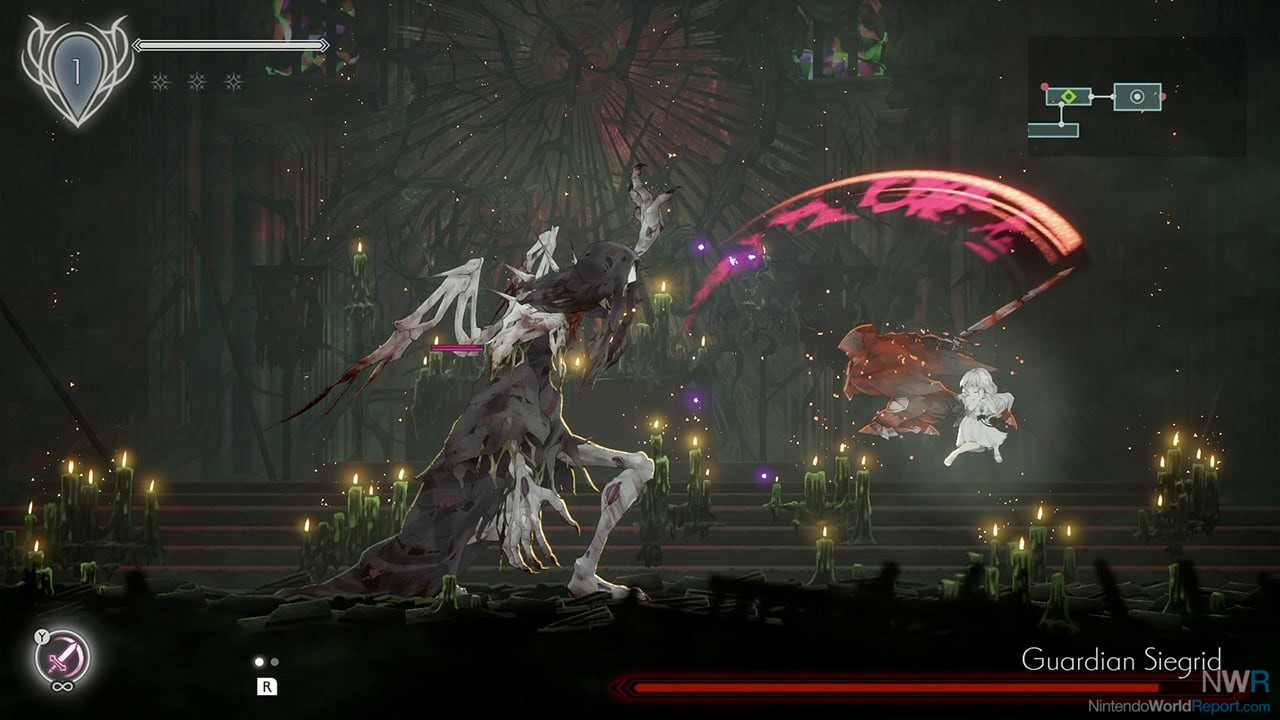 There's no denying the haunting beauty and atmosphere of Ender Lilies. The desolation and dilapidated structures strewn about each new segment of Land's End tell of its post-apocalyptic state. Lily's stark white appearance stands in direct contrast to the darkness and grime all around her. The backgrounds are incredibly detailed, and the visual contrast between them and the foreground yields a captivating layering effect. All of this is tied together by lilting piano themes and other subtle instrumentations that allow the action and exploration to breathe. The aesthetic experience to be had here is a profound and memorable one.

It's difficult to shake the feeling that I've already played this game before. It borrows so much from other Metroidvanias, albeit elements that make these games fun, and as a result it fails to wholly craft a distinct identity. From screenshots, I would have sworn it was a spiritual sequel to Momodora and Minoria (like the latter to the former). After playing through it, I still haven't been able to shake that feeling. Nonetheless, Ender Lilies plays well and provides ample challenge for fans of these types of games. Multiple endings will likely compel you to keep exploring every untravelled path, but the final sections of the game will test players to their limits. Ender Lilies may not stand out in a crowd, but those who pledge to cleanse its world of Blighted will be well rewarded.