A gorgeous remaster of an RPG that lets you build your own world map.

I admire a game that takes risks and just goes for it. That's something that the 1999 PlayStation RPG Legend of Mana does very well. It came out as the fourth entry in the Mana series, following the extremely well regarded Super Nintendo RPGs Secret of Mana and Trials of Mana, but it boldly attempted a wild, unique nonlinear structure and lost some of the positive reception of the franchise in the process. Looking back on Legend of Mana, it sold well but was critically divisive. Approaching the game with new, remastered eyes on Nintendo Switch more than 20 years later helped me to come away from this game impressed with what it aspires to do even if it loses some of what made its predecessors so good in the process. 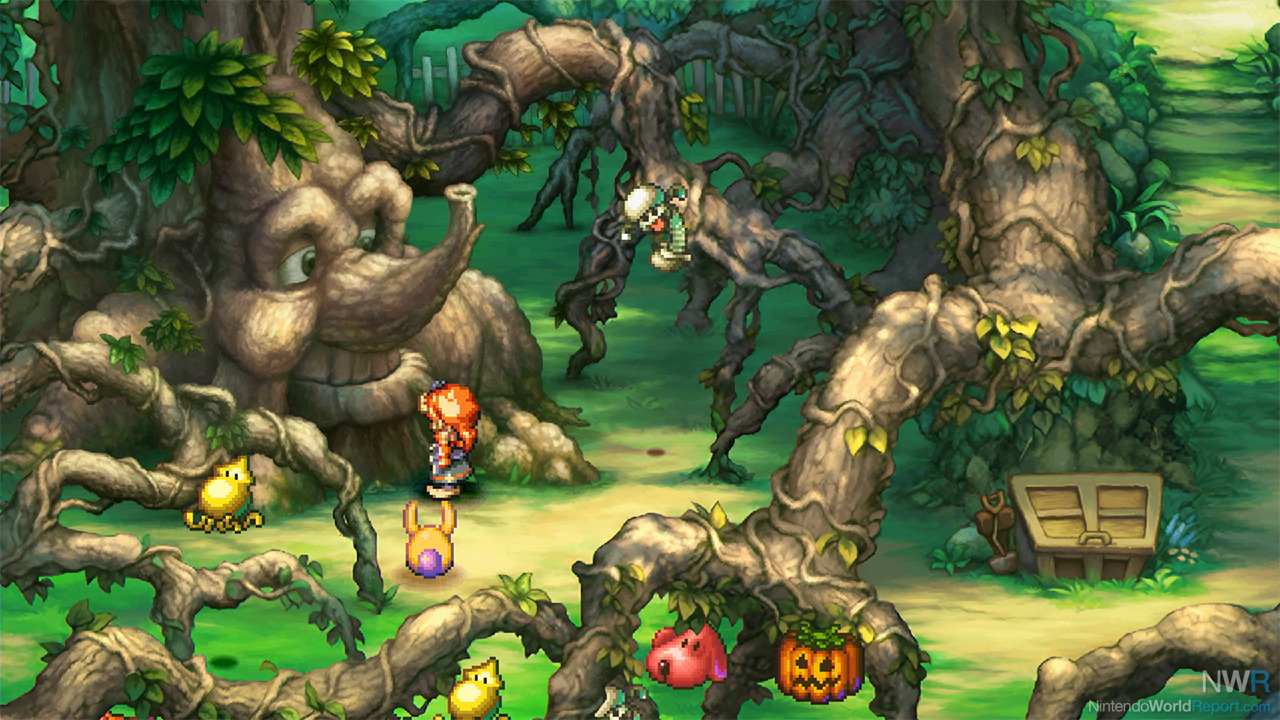 While the previous Mana games told largely linear stories with well-defined characters, Legend of Mana puts you in a nameless protagonist role and sends you on an open-ended quest. There are recurring plot threads but depending on what you do, you might not tackle everything and you might do it all in wildly different orders. The different quests you go on are usually on the shorter side, featuring a trip through a dungeon or sometimes just a character conversation or two. The plot features three main quest arcs, of which you only need to complete one of to reach the game’s end sequence. Beating the game after finishing one of the three arcs is almost akin to heading to beat Calamity Ganon in The Legend of Zelda: Breath of the Wild after just finishing one Divine Beast. The story and the game is largely made better by further engaging with the world.

At the center of this nontraditional progression is the Land Creation system, where you can place different artifacts you come across anywhere you want on an expanding overworld map to create new areas to explore. It's overwhelming to start but honestly unless your goal is to 100% everything on your first playthrough, just riding the wave of placing map tiles as you feel like it makes for an enjoyable play experience. You usually earn multiple artifacts by completing bigger quests and every area that you place contains a few new quests that might, in turn, unlock more quests in other places in the world too. 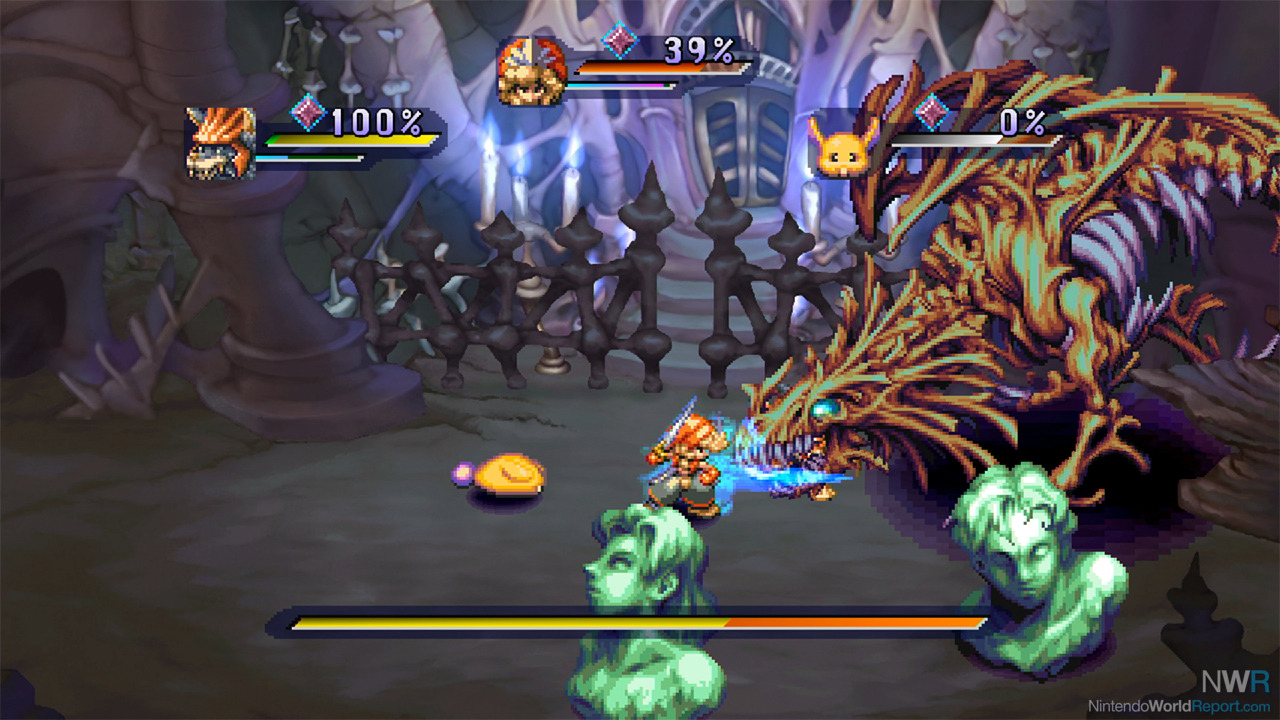 In addition to all the new places to visit, you also have a home area you continually return to. As you complete quests, extraneous elements unlock here, so you can forge new gear, raise pets, and plant trees. The pets have one of the new elements of the remastered version where you can send your pet to participate in the Ring Ring Land mini-game - previously only available in Japan. It’s cool that it’s here, but it’s just a simple mini-game where you can more quickly level up your pet. One element involving your home that is ill-explained and frustrating is how, after every quest, you have to return home to talk to Lil Cactus so the plant can document your quests. You can bizarrely complete a quest and if you don’t return to Lil Cactus, the quest won’t actually be recorded as completed, even though you completed it. Maybe there’s a way to work around this, but if there is, it’s not evident at all.

That hits at a recurring trend in Legend of Mana. A lot of it isn’t well explained. An in-game manual goes deep into Ring Ring Land, but spends almost no time, for example, detailing the nitty gritty details of the varying presences of Mana types in each placed area in the overworld. Like a lot of these retro remasters and re-releases, your best bet is to skim through a guide online explaining the mechanics in clearer detail before diving in. 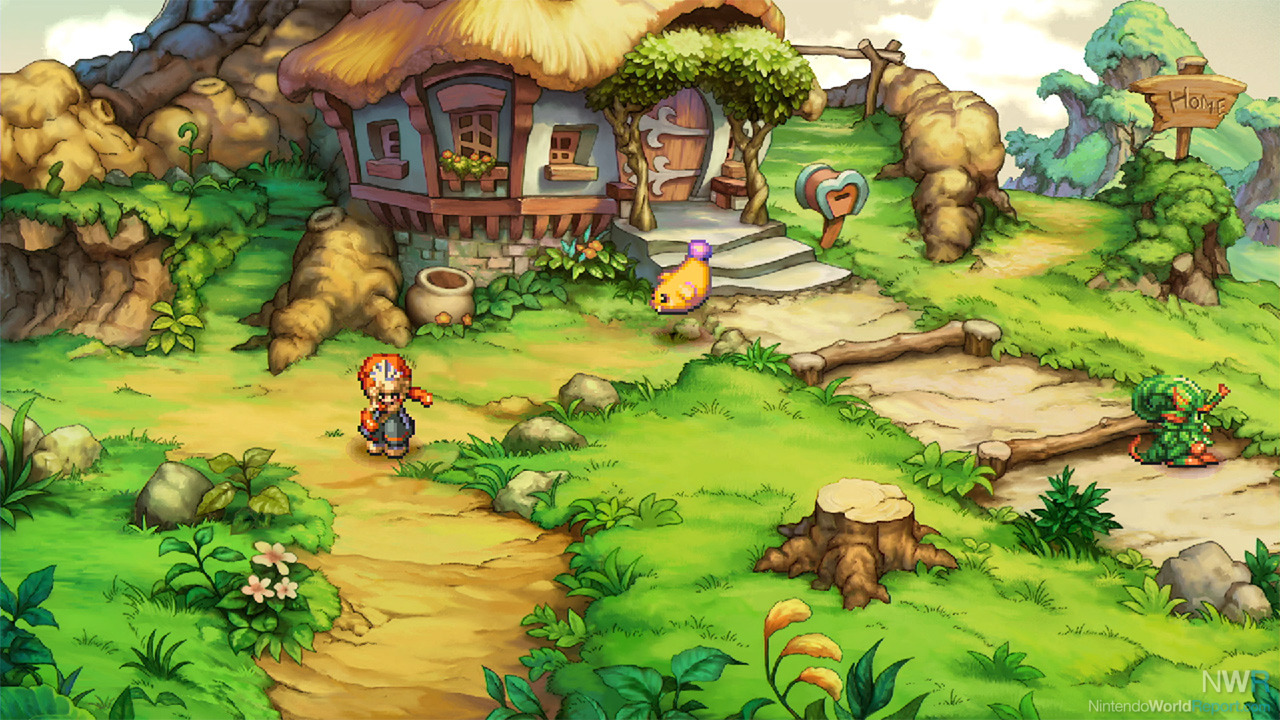 One part that is clearly detailed is the combat, which has a nice simplistic elegance to it but not a ton of depth. Battles happen on the map in real time as you mix up normal and powerful attacks while moving around enemies to avoid damage. A variety of weapon types are available and you have different special abilities to unlock and equip, but the combat always feels like a basic action RPG and rarely evolves past that. You do have the ability to turn off non-essential battles and it’s extremely easy to have a second player join you in playing for some co-op action. Outside of some early moments, you can have a buddy with you at basically any point in the game. Saving can also be done anywhere, whereas before it was limited to in-game save statues previously. All in all, this checks nearly all of the boxes for remaster quality-of-life updates.

The presentation of the remaster is incredibly impressive. Handled by emulation experts M2, the visuals are upgraded to 16:9 and feature improved backgrounds that help make the gorgeous spritework pop in a stunning manner. This is an amazing looking 2D RPG. It’s a treat to see some of the more complex large sprites, be they NPCs or bosses. The soundtrack, which is already an all-timer from Super Mario RPG and Kingdom Hearts composer Yoko Shimomura, is made even better with newly arranged versions (all done with supervision from Shimomura). This was a video game soundtrack I listened to even before I ever played the game and the new arrangements are spectacular. Don’t worry: if you just want the old music, that’s available as well.

Legend of Mana is, at its core, a profoundly weird RPG, especially following the Super Nintendo-era Mana games. The nonlinear structure and unique map placement concepts are the foundation of this adventure, to the point where the more simplistic combat is deemphasized. I thoroughly enjoyed my trip to PlayStation Mana past, even with a handful of antiquated ideas and nagging frustrations. Legend of Mana is a game I would recommend to anyone hankering for an RPG that’s a little off the beaten path. And even if you just wish this was a bread-and-butter Mana adventure, we can all appreciate the incredible soundtrack.