Umurangi Generation caught my attention last year when it appeared out of nowhere on several Game of the Year lists from other outlets. The pitch, a photography game set in a dystopian future, not far from now, was something that I was very interested in experiencing. I’ve written several times about how much in love I am with photo-modes in video games and Umurangi Generation had all the hallmarks of being something truly special. Now that the game has arrived on the Nintendo Switch it’s available on the go and with a few unique features that make this version all its own. Unfortunately, while the experience is still pretty solid on Switch, some of the refinement seems to have been lost in transition with this port.

There’s really no way around it, the world in Umurangi Generation has gone to shit. You play as a Māori courier for the Tauranga Express during an impending crisis that has seen the United Nations wall off the city of Tauranga. The entire game is told through environmental storytelling and isn’t laid out clearly. Newspapers, posters and contextual clues are needed to fully pick up the details of what precisely is going on. Even so, there’s a lot of political themes that are addressed with it’s world, characters and even gameplay. While I’d call the story a slow burn, it did leave quite an impact on me. Especially since you don’t play as an overpowered hero, a chosen one or someone in power. You’re just a courier armed with a camera doing your job and making a living in the world. 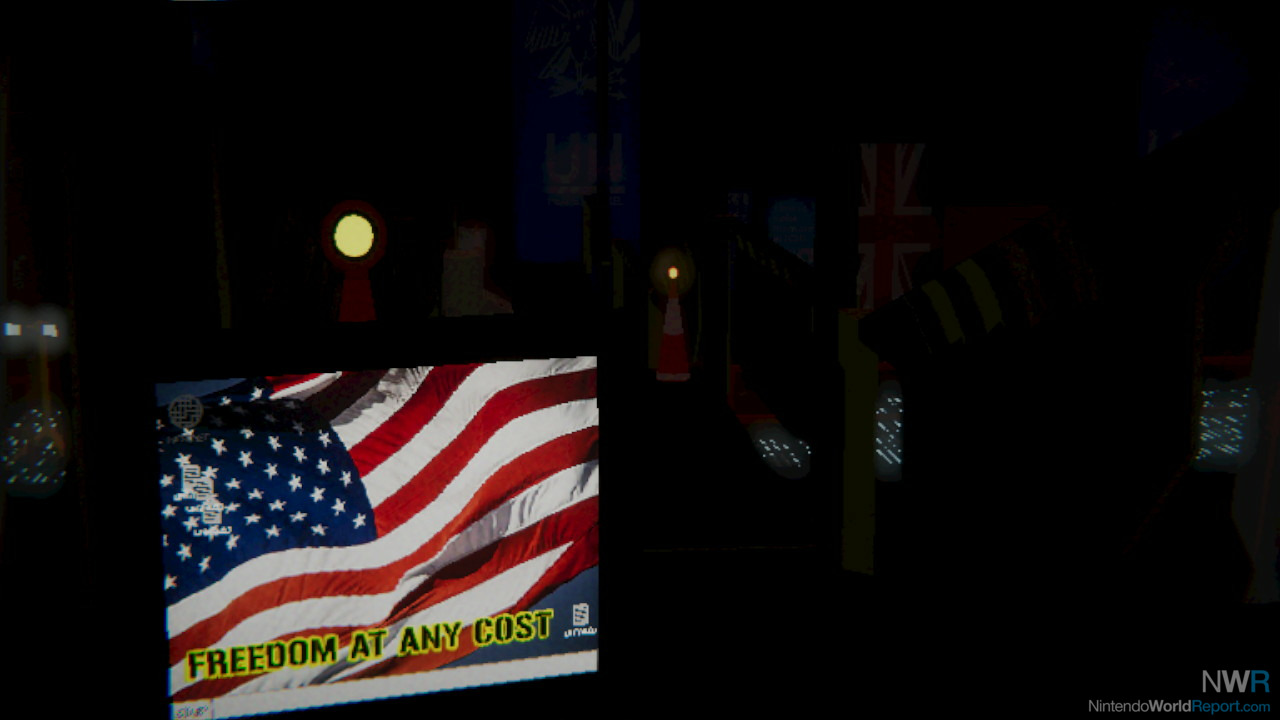 And what a job it is. On your skates it’s your task to photograph so called photo-bounties. These are special targets that are pretty varied. These seemingly simple tasks are pretty straightforward at first, like photographing three tires or a disposable camera within the stage. You can traverse the world with your skates and a double jump and that gives you the opportunity to complete any of the bounties in any way you see fit. Yes, unlike (New) Pokémon Snap, in Umurangi Generation you are free to decide how to frame and shoot your subjects. After all, like the tutorial states, art is subjective and cannot be determined by a fixed ruleset. 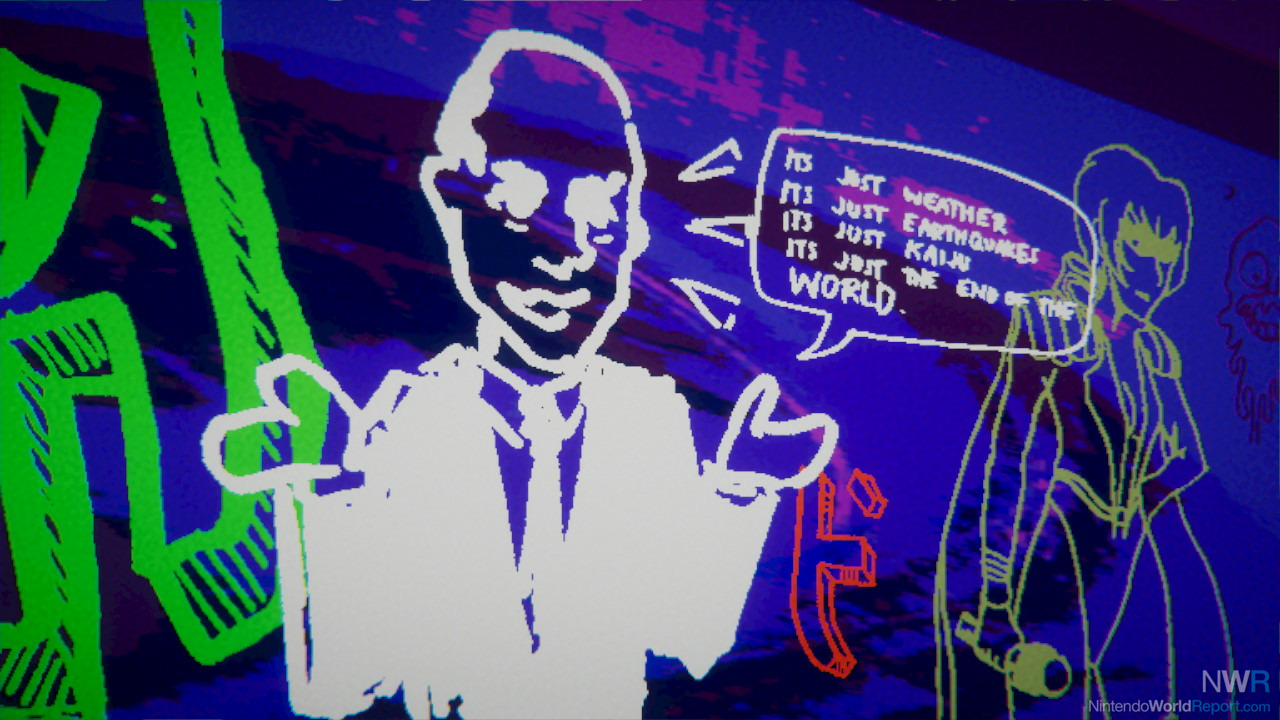 Therefore, Umurangi judges and rewards your work according to the three C’s, Color, Content and Composition. Depending on how many characters you have in frame, what kind of colors you capture or what lens is used. However, the freedom this offers is incredible. You are only bound by the limits of the stage and your own creativity. The game keeps the photography mechanics fresh by letting you unlock new lenses and adjustment options after finishing levels. While post-processing like saturation, contrast and tints aren’t judged, there’s a lot of options to play around with to create the perfect photo. I wish New Pokémon Snap would take note, because the sheer amount of variety in lenses and options just made me want to go out there and snap photos again and again. 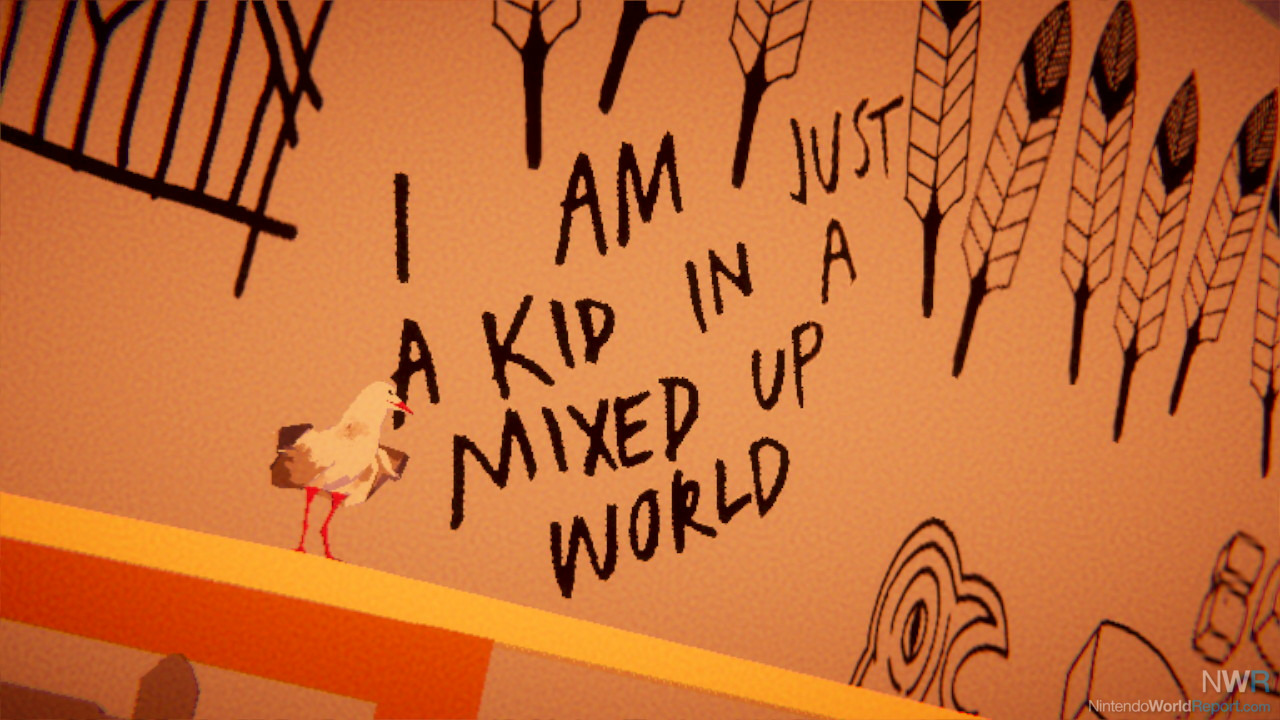 The graphical style and soundtrack of the game have a pretty unique look and feel. The game is clearly inspired by 90’s and 80’s counterculture and vaporwave. The soundtrack is especially fitting and has some lovely tracks that complement the atmosphere greatly. The visual style can sometimes be a bit off putting, since expressions are quite limited and the body language from the models is repeated quite often. It works great for far-away or moody shots, but when viewed in close-up through your lens the models can feel a bit lifeless. I also found that while unlocking additional features like different lenses and filters are a cool reward for completing the photo-bounties I did find the time-limit quite an annoyance for the secret-bounties. Once you’ve fulfilled all the requirements, you still need to deliver your package in a particular spot. There’s an additional reward for completing the secret-bounties but if you want this you need to complete all of the bounties within a strict time limit of ten minutes. This is pretty doable once you’ve familiarized yourself with the stages and bounties, but I did feel some weird pressure when playing levels for the first time and being unable to find certain bounties. The exploring of stages feels good, but can often be confusing when the descriptions of the bounties are a bit vague or require specific lenses. Sometimes I had to comb a level to find the one proper spot to photograph five safety cones for example. This weird restriction limits the idea that Umurangi Generation wants to promote freedom by allowing you to photograph anything. I think the game truly comes alive during its photo-mode, where you are fully able to explore and shoot to your heart’s content. 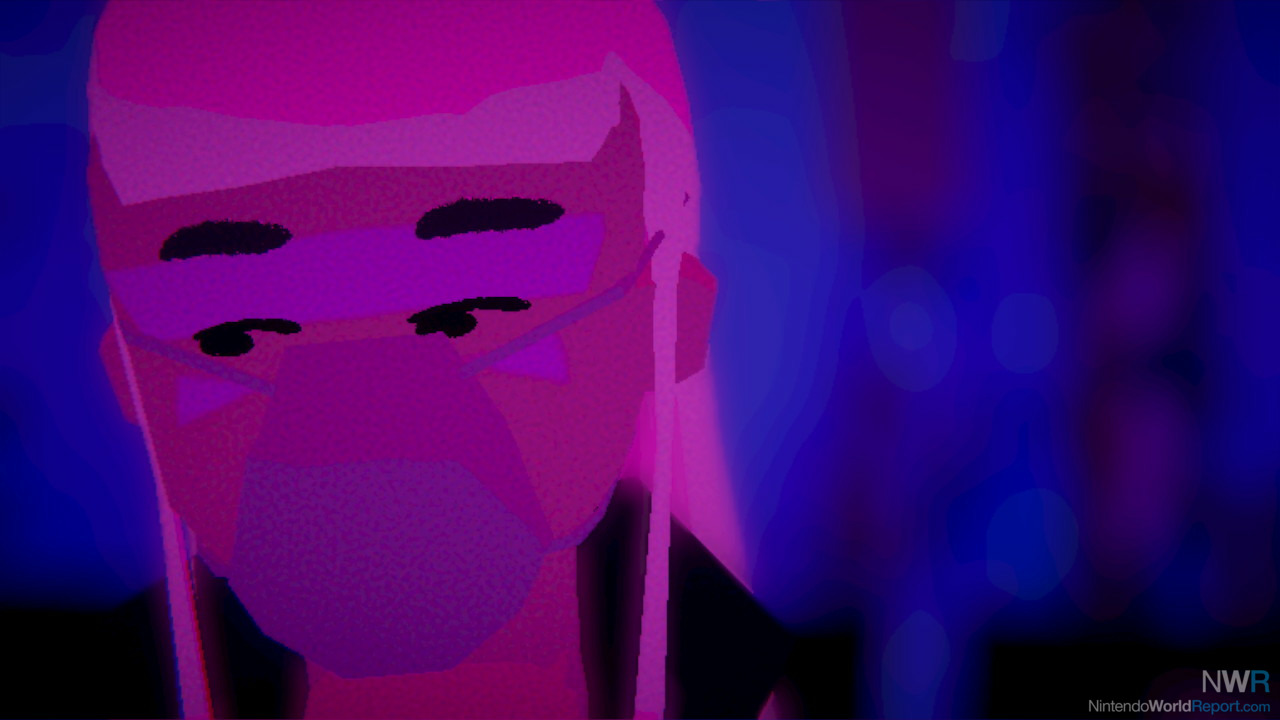 Unfortunately the Switch version is inconsistent when it comes to the general framerate. I’ve often had the framerate drop when multiple subjects would be in view during play. In the later stages that feature some larger subjects, I found that the game would just drop from a stable 30fps to 10fps for a little while. Bugs are also unfortunately common. I’ve had a few times where trying to view through the viewfinder, the camera interface simply wouldn’t load as well as glitching through objects during play. The Switch version comes with some additional features like the Macro DLC, which adds a few additional levels and unlockable items, but also motion controls to control the camera. Now, I’m not the biggest fan of motion controls for shooters, but in Umurangi Generation these controls are implemented really well. You can even hold the switch vertically in handheld mode to shoot photos in portrait mode. But here too I’ve encountered issues like the controls not properly registering and holding the camera sideways when having the controller in the standard position. All these issues are a real shame, though I hope they can be fixed over time through patches and updates. It’s just unfortunate that the Switch version suffers on the framerate performance, because otherwise this would be the definitive way of playing Umurangi Generation. 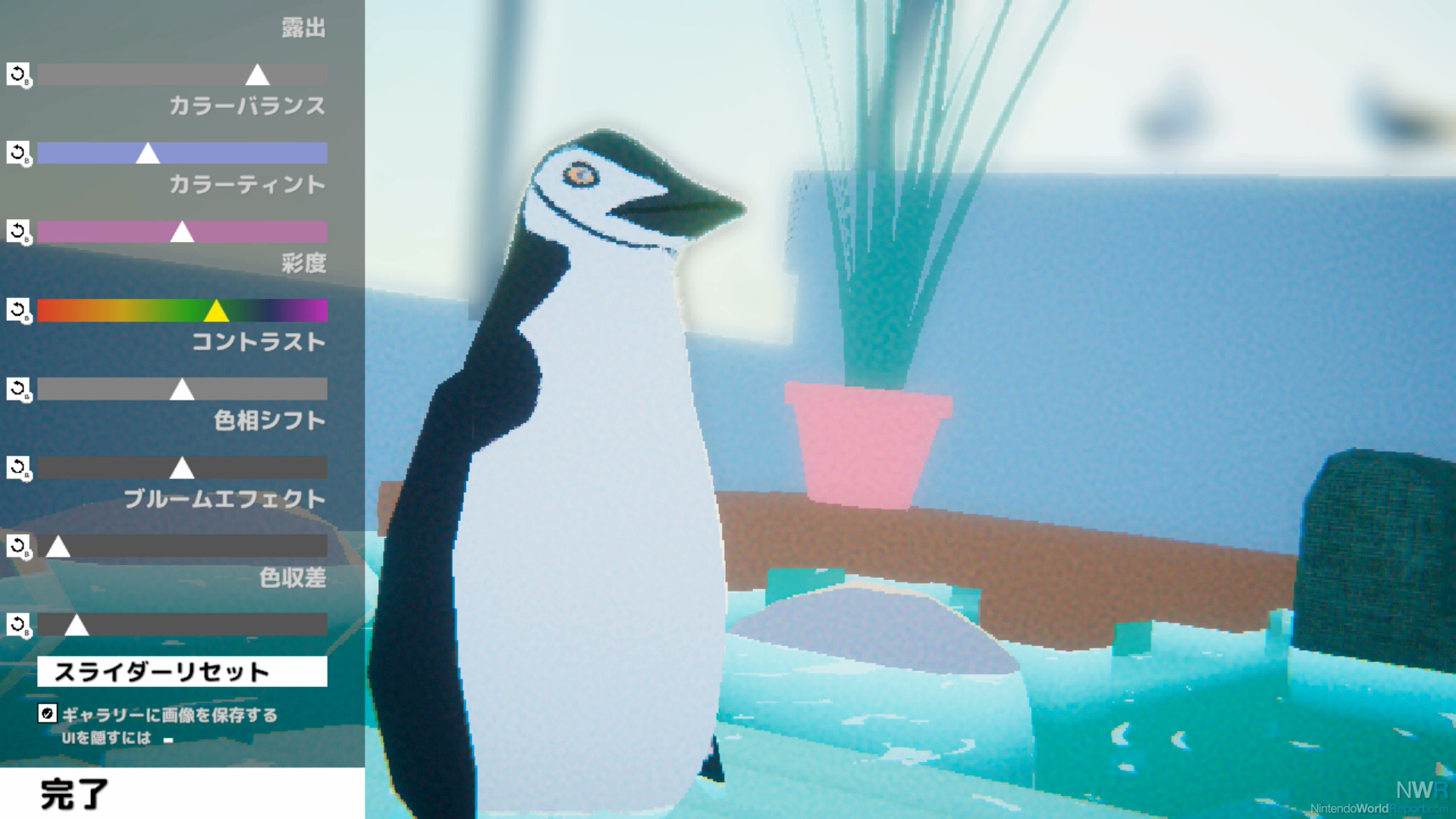 Umurangi Generation truly tries to gamify the photography mode, while using political themes and a unique setting to tell its story. There’s really nothing like it out there and I’ve had a blast while playing it and going nuts with its wealth of photography options. Unfortunately the Switch version lacks refinements with several glitches and bugs and even performance issues. It’s still enjoyable to play on Switch, but you do have to deal with compromises in both handheld and docked mode. However, look past these issues and you’ll find a unique indie photography game that stands on its own and tackles a story that goes beyond the basic photographer-experience. It’s definitely a game that should be preserved for future generations. 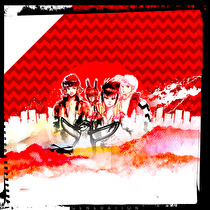