This world definitely goes out with a whimper, not a bang.

Given the pedigree of the team at Too Kyo Games, with individuals who played major roles in the Danganonpa and Zero Escape games, it was easy to get excited about World's End Club when it was first announced for Switch during a February 2021 Nintendo Direct. While the chibi-style anime presentation seemed to indicate a title aimed at a younger or less experienced audience, it wasn't clear to this reviewer how true that would be until I got my hands on the game. The most disappointing thing is that World's End Club fails not only to live up to the heights of any of the aforementioned games, but it also squanders an entertaining premise from its opening hours. If you've only played the demo, you've already played the best part.

The opening of World's End Club sees a group of 12 students, the Go-Getters Club, wake up in a creepy underwater amusement park after their school bus trip goes off the rails. They are introduced to a robotic clown character named Pielope, who forces them to play the Game of Fate, an event that feels very similar to similar situations presented in Danganonpa and Zero Escape. The kids are pitted against one another and have to cooperate and contest each other in an effort to emerge safe and sound from Pielope's challenge. It's a satisfying combination of lighthearted, tense, and dark, but after successfully navigating this first segment of the game, nothing that follows ever reaches this initial peak. 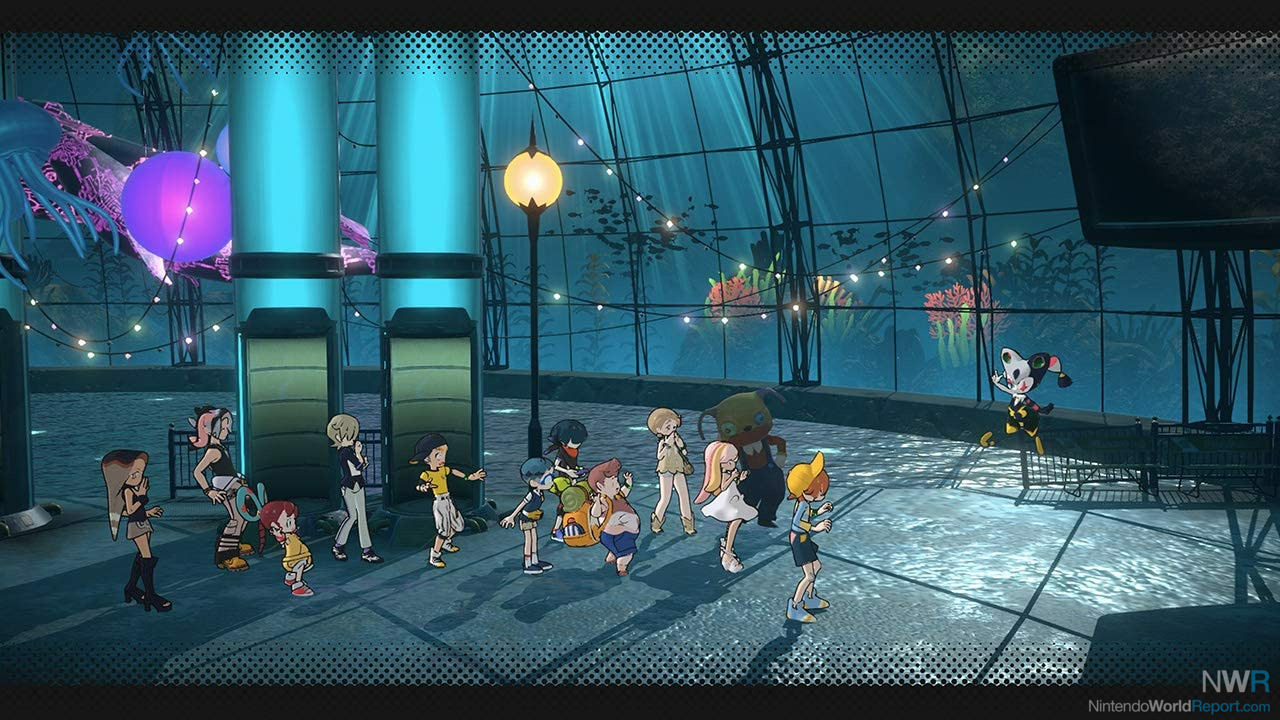 The rest of the story plays out across effectively two timelines, with choose-your-own-adventure options at a handful of branches along the way. The basic premise is that the group is trying to get back to Tokyo to discover what's happened to the world, as humans seem to have disappeared entirely. Each point on the timeline invokes either a story segment with just dialogue and maybe a final decision, an action segment with light platforming and some action events, or a camp segment, where you can speak to the members of the group and see some brief interactions among them. The primary point of view is that of Reycho, a silent protagonist, and it's a little funny to see him pop into scenes to deliver a quick thumbs up or some other simple gesture.

The main issue with World's End Club is that it doesn't have a defined identity. It feels like a Frankenstein monster of disparate game elements that never coalesce into anything meaningful. The main story is fine, but it leaves questions unanswered, concludes in a fairly unsatisfying way, and so often leaves what could be entertaining scenes and situations to play out off-screen. For example, when a member of the group is bit by a rat and needs an antibiotic; the collecting and administering of said medicine aren't shown at all. The mission goes from a defeated boss to the injured character appearing as good as new. The action segments are incredibly basic and lack any real challenge; a game over is more often the result of an enemy or hazard suddenly appearing from off camera, or the characters all controlling a bit differently. 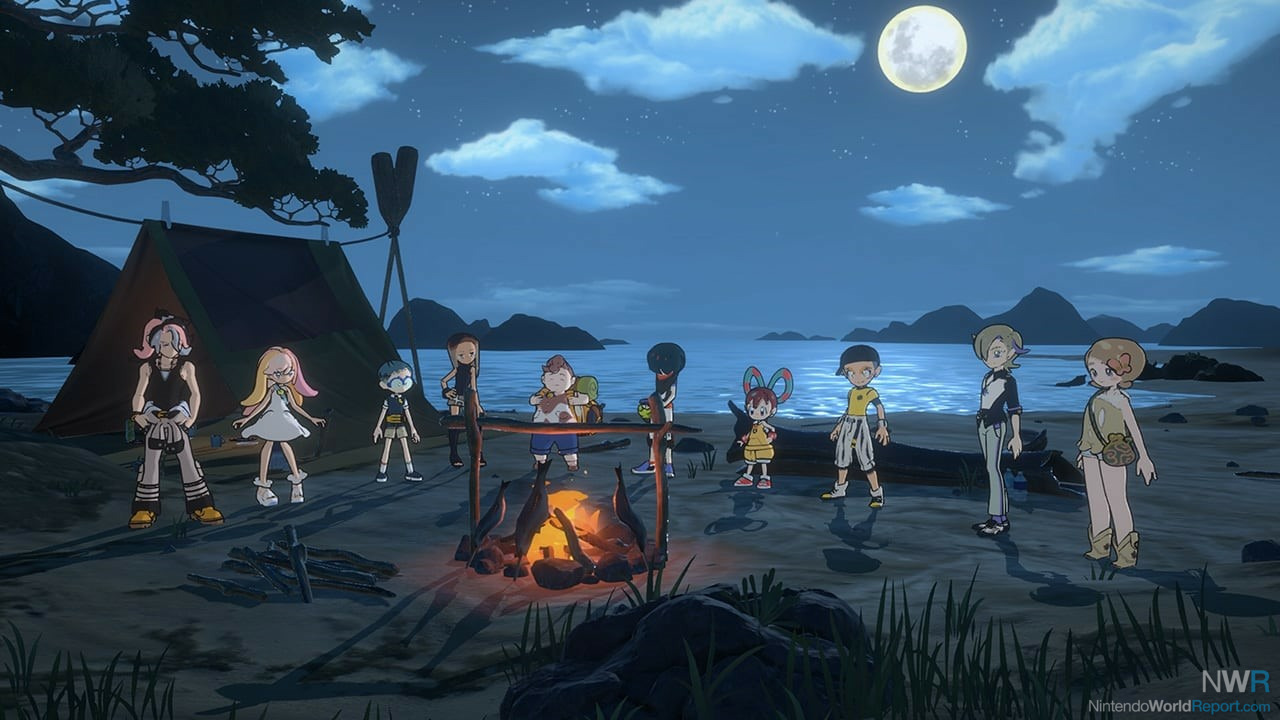 In most action segments, different members of the crew will take over as protagonist, allowing them to show off a unique power they've been imbued with. Reycho can throw objects, Kansai can summon and swing a powerful baseball bat, and Pai can create a bubble shield to repel enemies and other dangers. The powers are one-note and rarely used in creative ways, making these levels more of a slog between story beats.

The Go-Getters themselves are interesting enough and have their own personalities and connections to other members of the group. The voice work is solid, and the writing serviceable, but there's no getting around the fact that everything lacks a seriousness and gravitas that would befit the actual end of the world. The characters are much more concerned with trivial squabbles, sight-seeing, and their own connections to each city than they are with the state of humanity. It's a struggle to reconcile the disconnect between the game's world and the actions and thoughts of its cast. 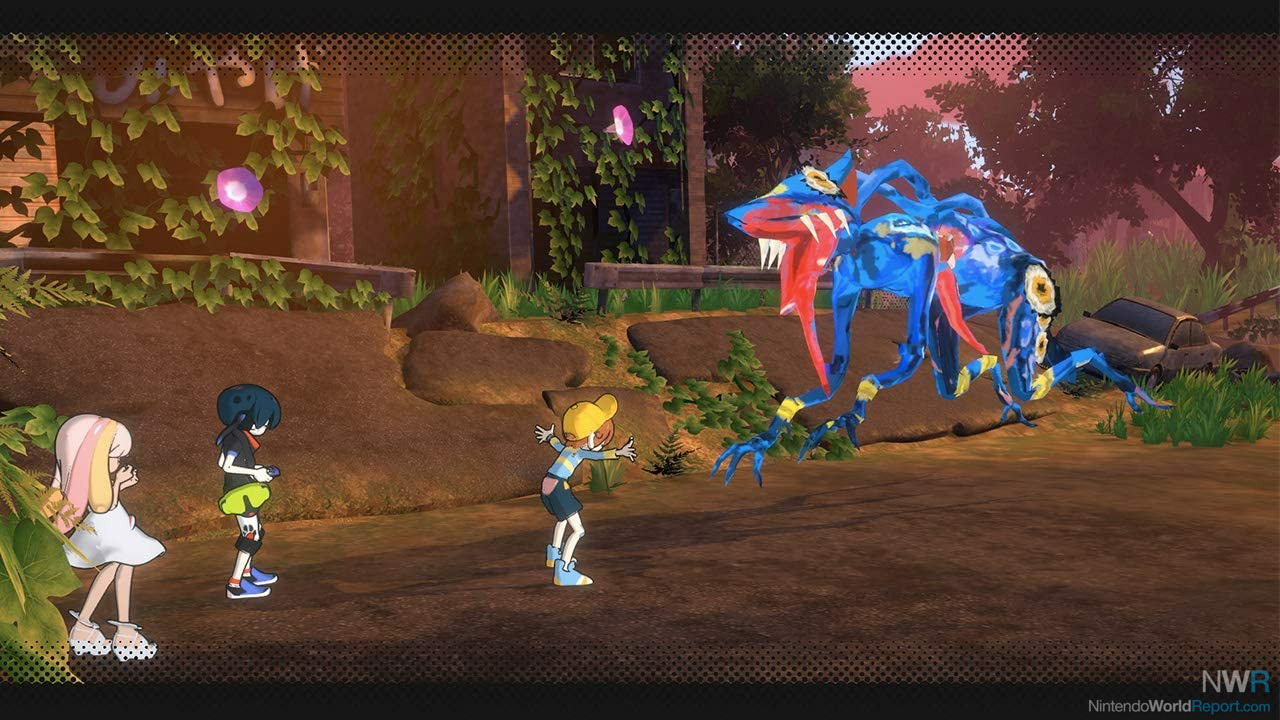 With two endings reached and nearly all collectibles acquired, my playtime came in at under 10 hours. There isn't much of a reason to return to the game after unlocking both endings either. The final two hours mark a drastic shift from the opening of World's End Club, as they drag on and force backtracking until you've basically gone through each branching path option you didn't explore. It just feels forced and nullifies the impact of your previous decisions.

It's disappointing that more of what made games like Danganronpa: Trigger Happy Havoc and Nine Hours, Nine Persons, Nine Doors didn't make its way into World's End Club. The murder mystery and puzzle elements of those earlier titles are basically absent in this new adventure, and the moniker of baby's first visual novel is both apt and unable to fully capture its conflicted essence. My recommendation, if you really must play this game, is to finish the demo and then know that it's downhill from there. Ultimately, this mishmash of genres fails to conjure up the magic of its forebears or carve out a space for its own limited bag of tricks.