The balance between depth and approachability can be tough to walk in video games - especially ones that dip into the roguelike style. Pathway, a turn-based strategy game oozing with Indiana Jones inspiration, does a fantastic job at staying challenging and intricate while still just being a fun time. With fun procedurally generated adventures, a wide array of playable characters, and nigh infinite possibilities, this is an immensely enjoyable adventure that often feels like playing a great tabletop game. 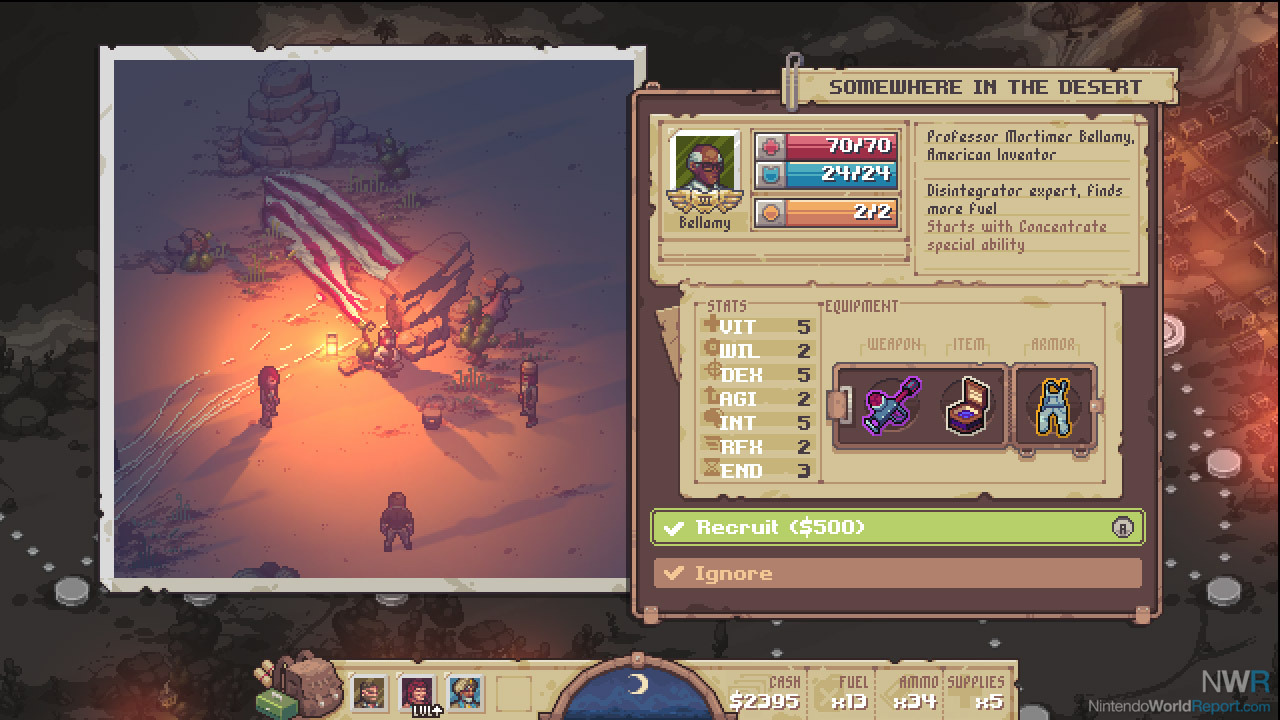 The setup is that you’re traveling the world in the 1930s, chasing down Nazis and eventually a dastardly cult. You pick three characters from a roster of up to 16 (though most are unlocked at the start) and set out on one of five different campaigns. They tell a linear story, but the action can widely vary. Campaigns begin on an overworld map, where you and your crew drive a car from point to point, trying to reach the other end of the map. At each point, a procedurally generated event happens. Nothing of consequence could happen and you just move on. You could find empty ruins to explore that might have a nefarious secret or just have some cool treasure. Or you could wind up fighting some enemies in strategic turn-based combat. The characters all have different perks, like Daredevil, Engineer, or Survivalist, that can open up different options during your travels, which can lead to even more possible outcomes.

Outside of the choose-your-own-adventure map exploration, the combat is the bulk of the gameplay. The turn-based combat is serviceable, working best when you take your time plotting the optimal strategy to take out enemies while taking the least amount of damage. Each character has two actions per turn, typically a movement and an attack, but special abilities and healing are also options. Each character generally has a ranged and melee attack, but the exact weaponry they have can vary from shotguns to knives. This is where that balance between depth and approachability comes into play because mixing and matching trios that work well together can be very effective, but also the amount of options aren’t overwhelming so you can also feel out different characters without that much punishment. 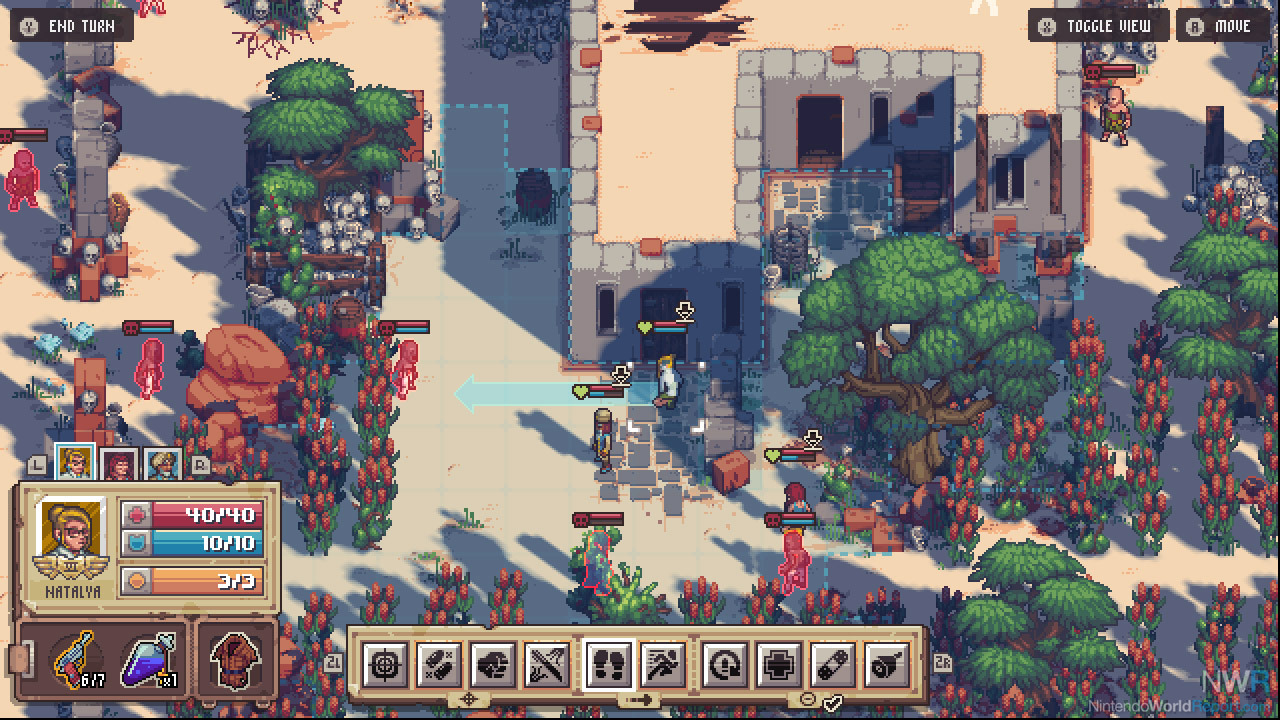 Failing on a campaign, either by dying or running out of fuel in your car, is something that can happen regularly. That’s where the roguelike nature comes in. The writing is strong enough to stay interesting throughout repeat plays. Generally each campaign has a predetermined beginning and ending, but how you get to the ending can be different depending on what you interact with. Sometimes the events are chaotic, usually in a painful way but sometimes also positively. Death will try to come for you and if it does, the absolute worst thing that happens is you can’t play as the losing trio for a round. There is a lot of progression and carryover from campaign to campaign, as you get to keep your loot and any level ups your characters earn, even if they all die. It’s gentle in that capacity and the gentleness also extends to the difficulty, which can be customized in terms of the amount of enemies per battle and the amount of supplies you have access to.

Romping through these various adventures looks great as well thanks to the gorgeous pixel art. The soundtrack also feels extremely John Williams-inspired, doing a good job of capturing the spirit of Indiana Jones’ scores. What isn’t always great is the technical performance of Pathway on Switch. I had a handful of crashes during my time with the game and also had consistent lengthy loads that almost felt like the game crashed. These aren’t game-breaking issues, but it’s still worrisome to deal with those kinds of problems.

Pathway still overall does a great job of feeling like a procedurally generated Indiana Jones adventure, as you take a motley crew of 1930s adventurers on a quest to beat the crap out of Nazis and prevent cultists from unleashing doom. The variety of options, whether it’s the lengthy list of characters, possible events, or combat scenarios, help make this game a joy to play and even revisit. There might only be five campaigns, but the well-done procedural generation makes each run unique enough to warrant a repeat viewing.