Impressive visuals with controls that really miss the mark.

Beautiful Desolation makes a pretty incredible first impression, though it isn’t immediately clear just what that is. Its top-down perspective and detailed, pre-rendered backgrounds give off the impression of early CRPGs like Diablo or the original Fallout. In reality, however, Beautiful Desolation has more in common with a point-and-click adventure. In fact, on PC that's exactly what it is. On consoles, though, while the structure remains exactly the same, the pointing and clicking is replaced with direct control, and the results aren’t exactly ideal.

Set in an alternate timeline of South Africa, Beautiful Desolation’s story kicks off with a mysterious, triangular-shaped object appearing in the skies. The Penrose, as it is called, ultimately transports our hero and his brother far into the future. From there, they’ll need to find their footing in a strange new world and search for a way back to their own time. The story is told primarily through dialogue with the other inhabitants of the world. Conversations take place via lightly animated 3D-character portraits that will once again feel very familiar to classic CRPG fans. Throughout these encounters, you’ll be presented with dialogue options that can change the course of conversation. The voice acting is very hit and miss, but the writing is generally good and the underlying world and plot is compelling enough. 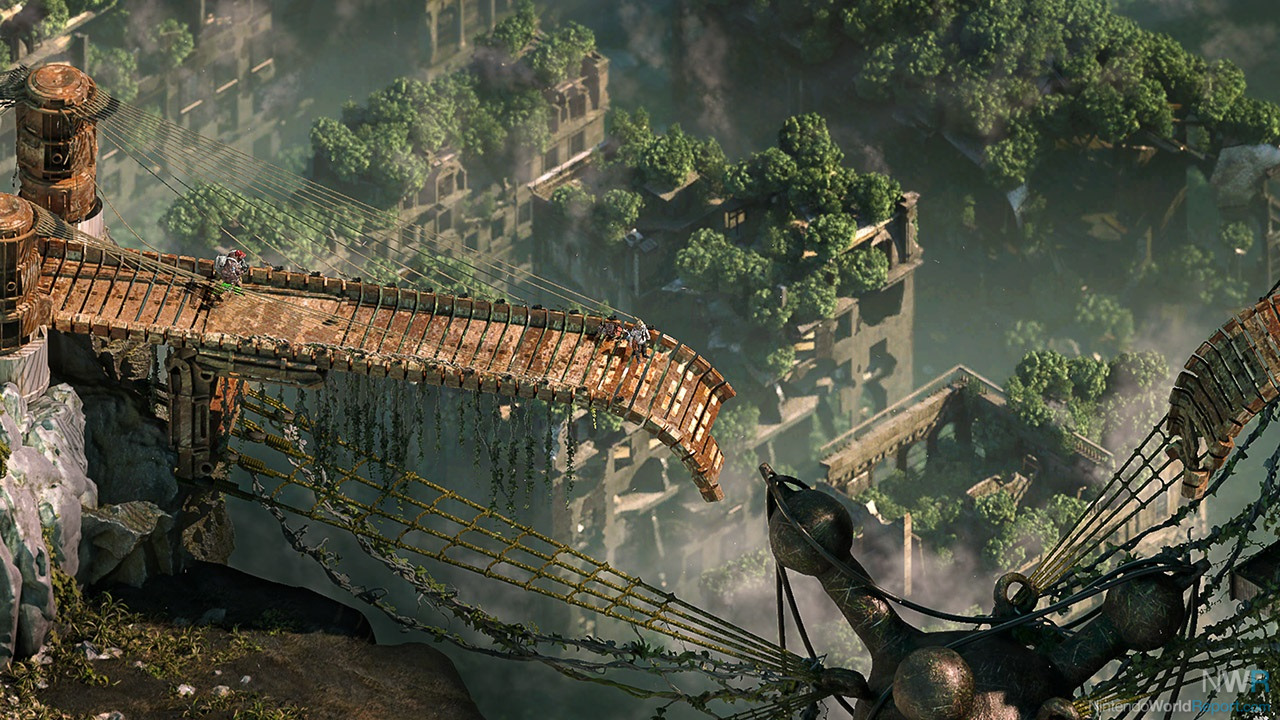 Beautiful Desolation’s world is spread across a huge number of maps. Some of these can simply be walked between, while others will require a ship or even a teleportation device to reach. Each of these maps is primarily a pre-rendered backdrop which is punctuated by a few real time elements such as blowing trees in addition to your character and NPCs. The visual style and presentation of these pre-rendered environments are, on the whole, very impressive. I did note that the difference in quality and resolution between the real-time and pre-rendered objects is very stark, which breaks the illusion somewhat. Within each of these environments you’ll explore, solve puzzles, pick up items, and slowly work your way through a somewhat intimidating list of quest objectives. You’ll regularly need to hop between different parts of the map, and this is where some of Beautiful Desolation’s technical limitations really start to hit. Loading times are very lengthy, and you’ll often need to move between multiple loading zones to get where you’re going. It turns an already slow gameplay style into a downright trudge. It causes the “Aha!” moment of realizing you have a puzzle solution come with a sense of dread at going where you need to go to actually complete it, which is a shame as the puzzles are generally interesting and well thought out. 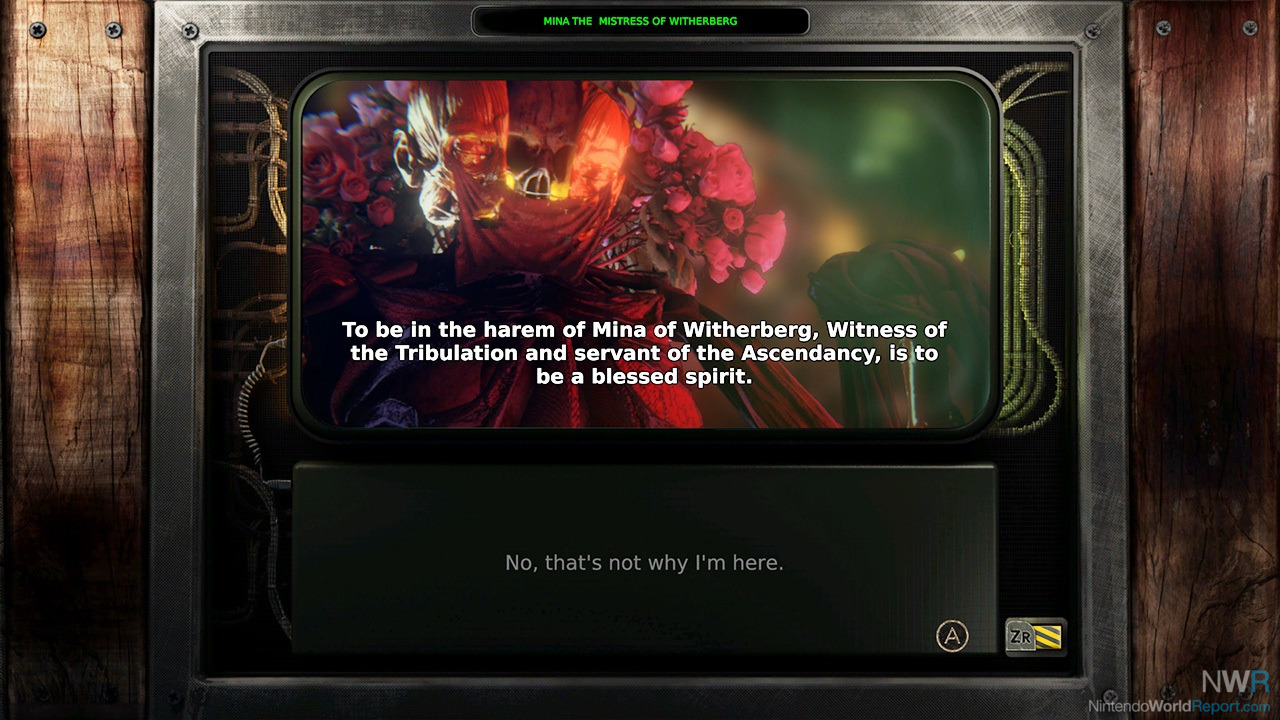 That said, the real challenge that Beautiful Desolation faces is its controls and general navigation. Rather than the point-and-click interface present on the PC version, on Switch you control your character with the analogue stick. However, the maps and movement animations were clearly meant to be handled by AI pathfinding and not the player. Your character will slow down and speed up in different spots on the map which looks great and perfectly natural in a point and click but feels strange when you have direct control. On PC, if you hover over a spot you can’t go to, the mouse icon will change; on Switch you’re just constantly running up against invisible walls. I found myself constantly missing key things because I couldn’t figure out how to reach a certain area. Whereas on PC I would simply click it and watch my character go there, on Switch I had to deftly navigate an invisible labyrinth and take only the exact path the game wanted me to walk along. This all makes it virtually impossible to feel totally confident you’ve explored an area fully. Even on the overworld I’d find myself running up against invisible walls and thinking I’d reached the edge of the map, only to later come at it from a slightly different angle and realize there was plenty more map to go.

Beautiful Desolation seems like the type of game that would play well on PC. The puzzles are well structured and the story engaging, barring some rough voice acting. Regrettably, the Switch port just isn’t up to par. Between long loading and controls that border on unusable, playing it is ultimately frustrating. While I appreciate the effort to adapt from PC to console, in this instance the change just doesn’t work with the existing structure.