A Legendary roguelike that links to the past

After years of going through a Golden Corral buffet line of roguelikes that either used the randomized structure to pad length, didn’t understand what fundamentally makes the genre great, or were legitimately great but couldn’t capture my attention, I found the perfect fit. Rogue Heroes: Ruins of Tasos is a dream for anyone with affection for classic 2D Legend of Zelda. After playing the Steam demo, I knew I’d like it, but I didn’t expect how much it would resonate with me.

Rogue Heroes deftly handles a mish-mash of different systems, but its first focus is top-down dungeon crawling. After selecting an outfit color, the nameless hero wakes from an empty house and makes their way to the first temple. Dungeons are randomly generated in that each has a list of rooms that are shuffled around across three floors, ending in a boss battle. Items like a bow & arrow, magic wands, and hook shots can be procured on site, but those found in the dungeon are made of glass and shatter once the hero falls in battle. In these dungeons, enemies and chests can spit out gems, the primary currency of Rogue Heroes. Upon death, a tally of all the gems collected is given and must be spent prior to jumping in again; otherwise, they’ll be lost. There are also coins, but those are mostly used to open chests that dump out a pile of gems.

The town the hero awakes in starts off undeveloped, but a carpenter will help build it up for the right number of gems. Most of the buildings end up being spaces where you can spend gems on improvements in attack attributes, health and magic upgrades, and permanent purchases and upgrades of the bows, wands, etc. There’s also a tailor who lets you purchase alternate classes like a Knight or Mage, which each have their own unique attributes, special abilities, and cute outfits. I was surprised at how much time I started devoting to development and spending that currency on things that didn’t affect my combat ability. I had to build out all the real estate for new villagers to live there. I had to farm vegetables to put on the produce stand. Buying all the home furnishings even though I won’t use half of them? You betcha! 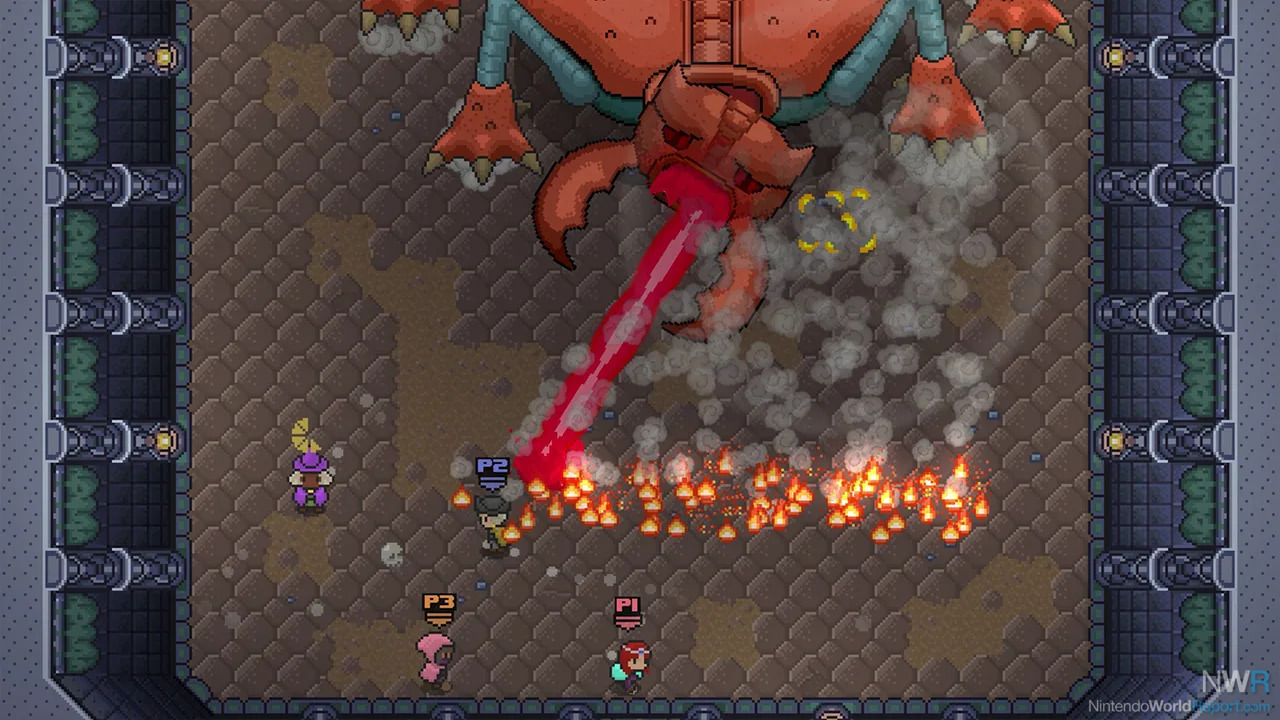 In between completing dungeons and city planning, your hero will find themselves exploring the overworld, which rivals Link to the Past in terms of scope and things to do. Quest markers will give you the general direction to go, and you’ll then need to explore that area to find the path to the next dungeon. Each of these sections houses different terrains and unique tools needed to traverse them and the dungeon in the area. It’s a nice way to offer some permanence and meaningfulness in the tools for a game that relies on randomization.

I can’t stress this enough: Rogue Heroes is pure, uncut fun. The random room tile swaps in dungeons add just enough variety to keep each run fresh while maintaining a semblance of not having to re-learn sections already mastered. Upgrading abilities and attributes with gems makes your character more noticeably powerful with every run. While most tools and side weapons aren’t necessary to complete a dungeon, they’re a good assist in tougher combat-focused sections. The different class options are just different enough where they require meaningfully different combat and puzzle-solving strategies. 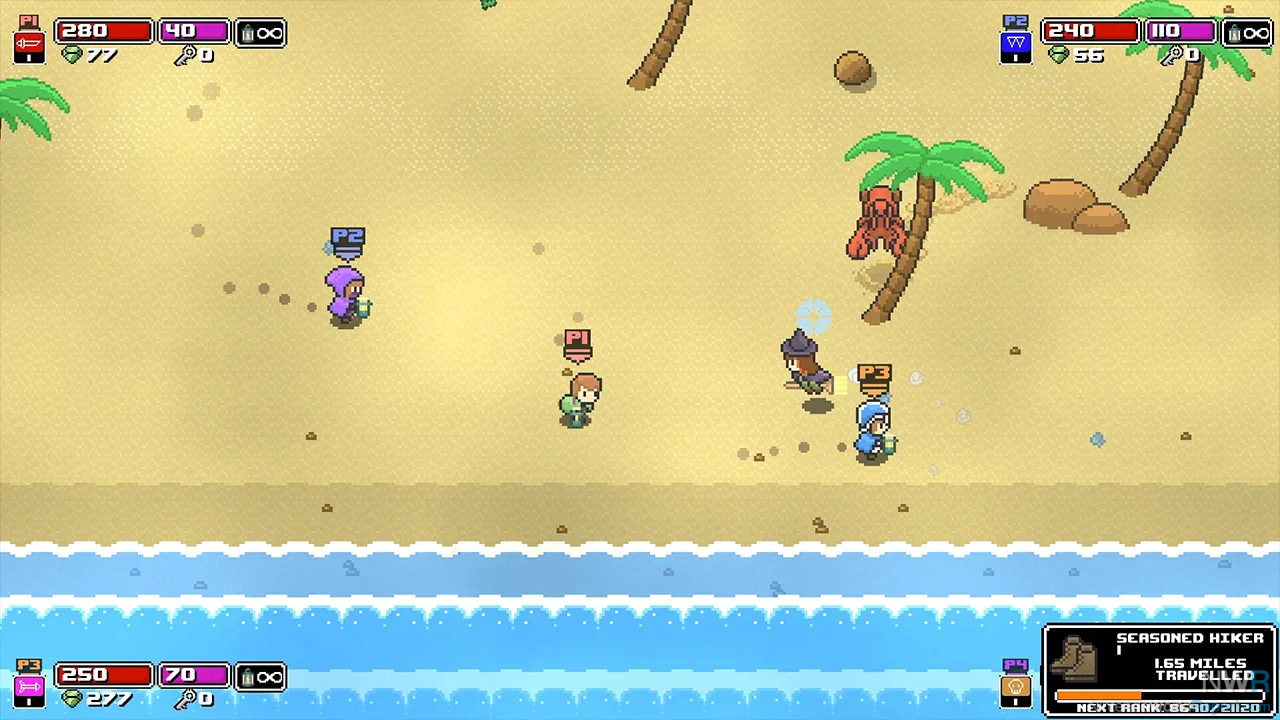 If the single player experience is a gratifying upward climb to being a hero, then multiplayer is a beautiful chaos engine. Up to four players can join up, each with their own profiles, characters, and leveling progression. The dungeon layout doesn’t change much to accommodate the extra heads, but some puzzles now require cooperation between players to hit switches or push blocks in concert with each other. Players also get an extra chance at life with altars interspersed throughout that can resurrect a fallen hero, as long as one teammate carries their remains there. While a hero is dead, they can fly around as ghosts and possess items, which is a fun way to let players stay active. I sherpa’d my wife and two young sons through the first dungeon. It was like herding cats, but it was one of my favorite gaming experiences so far this year.

There might be some things that could detract from your experience. If you’re playing co-op, the camera can sometimes pan out to an extreme degree. You’re going to see the same puzzles in a dungeon several times because of the roguelike nature, so after the 10th time attempting the dungeon the experience could grow stale for some. The randomization of tools in dungeons means several of the ones you get won’t be necessary as a puzzle-solving device, so you can’t expect that finely crafted experience inherent in most 2D Zelda games.

None of that could dull my enthusiasm though. Rogue Heroes: Ruins of Tasos is a beautiful application of a roguelike system with a 2D dungeon crawler format married perfectly to a town-building system and overworld that invites exploration and grinding gems to uncover more things to do outside of combat. This is a no-brainer for classic Zelda fans or anyone looking for co-op fun, and it’s absolutely been the best gaming experience so far for me in 2021.