A charming parody that struggles to stand on its own.

Breathedge strives to be that ideal form of parody in that it pokes fun at a genre, whilst existing as a solid entry in the genre itself. Taking heavy influence from titles like Subnautica, Breathedge tasks a player with surviving alone after their ship explodes in deep space. But is a shattered fourth wall enough to bring freshness into this increasingly populated genre?

As you find yourself alone aboard a mostly destroyed ship, you’ll have only an AI companion to help you survive. While the small surviving area of the ship is pressurized and has breathable air, you’ll need to venture into the cold dark of space to gather resources. At the outset you’ll be heavily restricted to the area immediately around your ship. However as you progress you’ll find a myriad of ways to extend your oxygen supply, but you’ll ultimately still be on a timer. This is the biggest difference between Breathedge and Subnautica, its most obvious inspiration. Where in Subnautica one can surface anywhere to get more oxygen, Breathedge is built around set points. As such exploration feels much more repetitive as, while you’ll gradually be able to go farther, you’re constantly retreading the same territory on each trip. Base building and faster travel options as the game progresses helps to break things up, but the underlying repetitive travel is still present. 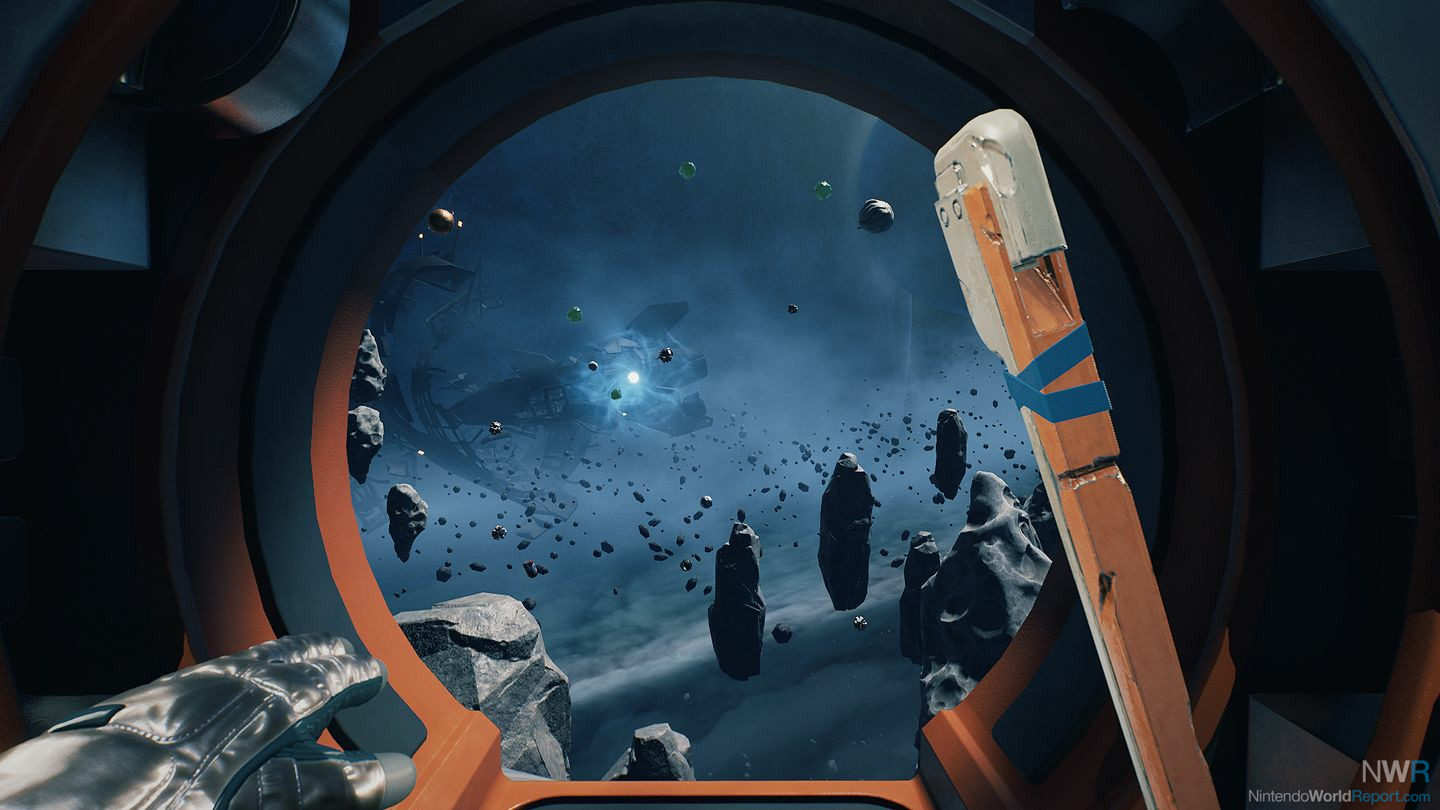 As you explore you’ll find materials. Some are simply floating in space ready for harvest, while others will require a specific tool to acquire. Each material can be crafted at your base into other things such as tools, equipment, and sustenance. It is worth noting that the food and water meters feel entirely superfluous here and more a result of accurate parody than an understanding of the mechanic. Since lack of oxygen will always force you back to your base, food and water don't really affect the player other than being two more bars to fill. They are there simply because the genre demands it. On the bright side the materials for food and water are ample and even at the outset, it's never a problem staying fed.

The story plays out primarily through exploration and input from your AI companion. The writing is genuinely funny with plenty of self aware references. The fourth wall might as well not exist for all the time Breathedge spends breaking it. The story is Breathedge’s strongest feature and does quite a bit to keep you moving forward through the repetitive, slow gameplay. It is also worth noting that a wide variety of play modes are supported ranging from hardcore survival down to pretty much just cruising through the story. Breathedge’s commitment to accessibility is commendable in this regard. 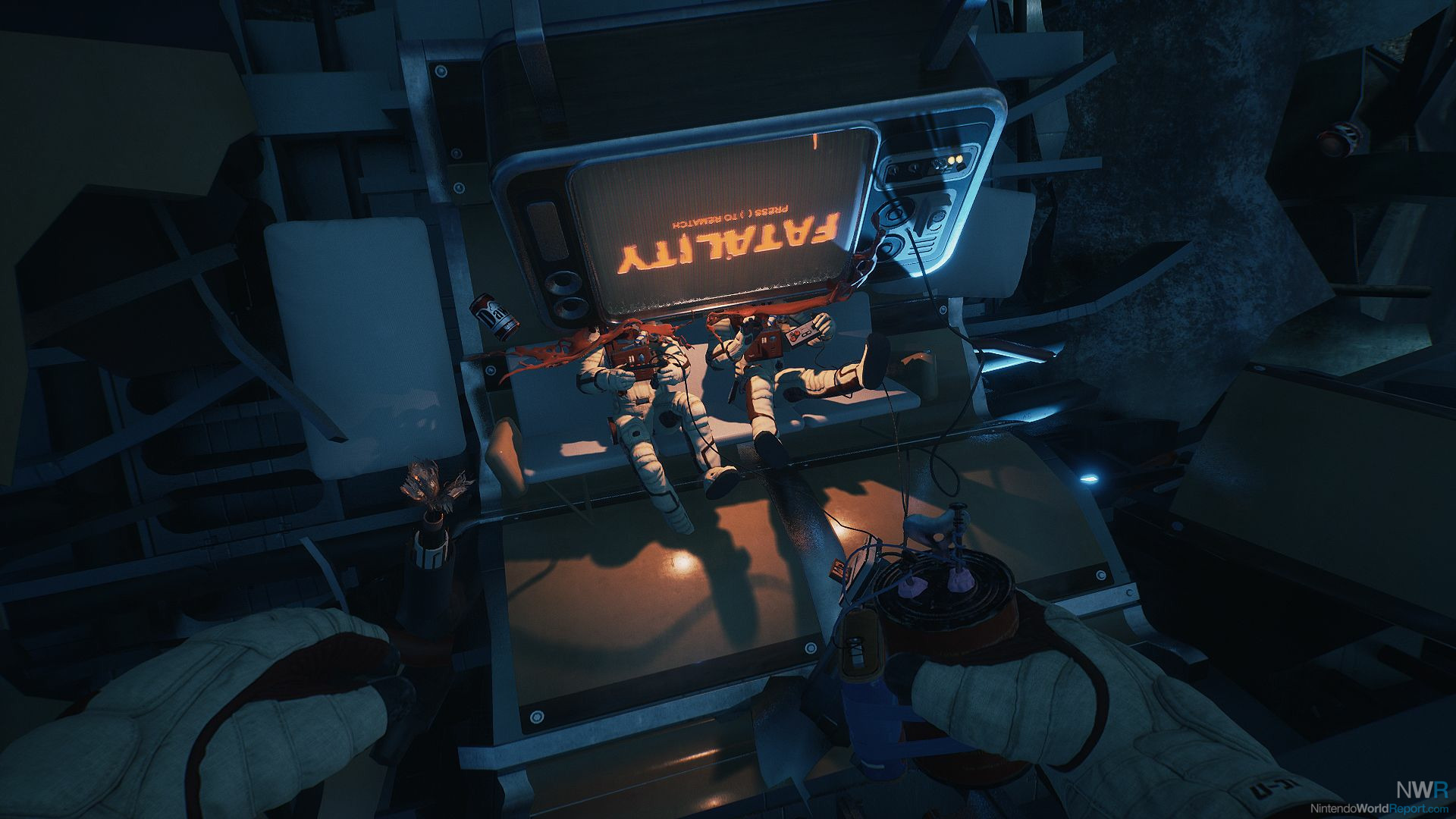 Based on the original PC release, the Switch port itself is largely quite good with one exception. The initial loading time to get into the game is extremely long. With well over a minute of waiting and no animation on screen, I managed to convince myself that the system had frozen everytime I started the game. Luckily reloading from death is very quick, so you only need to sit through it once per play session. The resolution is a little low but Breathedge still turns in a strong visual presentation and runs smoothly. The excellent and somewhat chunky art design helps with this and natural translates well to a lower resolution.

Breathedge doesn’t quite hit that Galaxy Quest level of parody that is on par with its subject, but it is still reasonably entertaining. Unfortunately the gameplay itself suffers from a few serious pacing and mechanical issues, but the story may be funny enough to push you through. Ultimately Breathedge is, at best, a mediocre survival game with a pretty good story. While I wouldn’t suggest this as your first survival game, if you’re a fan of the genre, specifically Subnautica, you’ll likely find some things to enjoy here.