Plants versus Zombies, at one point, was an icon of the mobile gaming genre. With charm, humor and a dash of strategy, Crazy Dave worked his way into many of our hearts and devices. Years later, it’s reimagined itself away from the wave-based tower defense gameplay that made the series a household name. The third-person shooter gameplay that started with Garden Warfare has evolved into the latest entry in the series: Battle for Neighborville. Has the series grown in a direction that it can continue to plant its roots, or is it now a rotten corpse of what it once was? And how do these ported terracotta pots and tombstones stack up on the Nintendo Switch?

Plants vs. Zombies - Battle for Neighborville is split up into two main components: single-player and multiplayer. Within the single-player you'll spend your time exploring a number of vibrant locales, completing specific quests or bounties with secrets, hidden quests, and chests peppered throughout. It's an enjoyable time with a few decent boss battles, though it feels like a missed opportunity for lacking a more overarching story. There’s a lot of promise in the character designs and personalities that a fully fleshed-out story mode would make for a really fun romp, with all the potential of PG Conker's Bad Fur Day meets Splatoon. Sigh, one can dream. A real bonus to the game's single-player mode is that you can play it in a team of four for some laid-back wandering and blasting. The result is a fun diversion from the traditional multiplayer that wears thin over time and offers another means of finding a few unlockables and in-game currency. 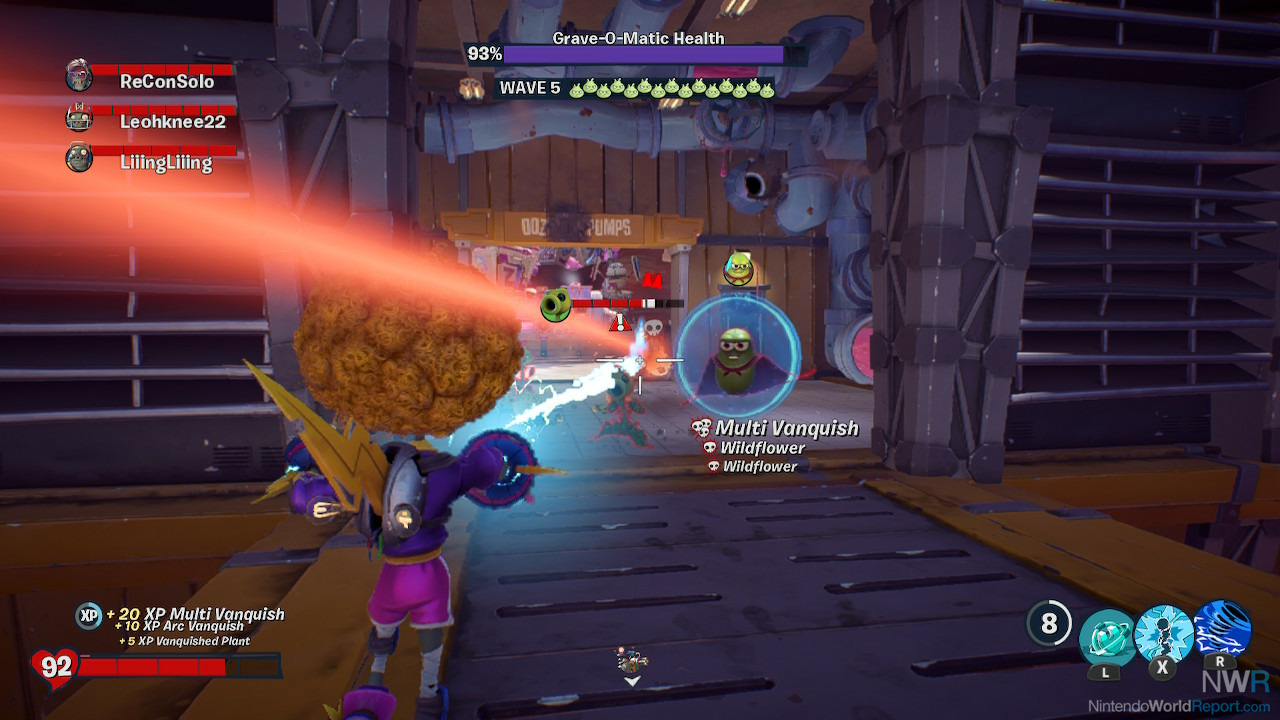 Where you’ll spend the majority of your time, however, is in the dedicated multiplayer matches. Choosing between either Plants or Zombies offers a bevy of different characters all with their own strengths and weaknesses to compliment your teammates' deficiencies. All these characters are incredibly unique, with added complexity as you level them up and unlock upgrade perks. These can range from shorter cooldown on health regen to more unique upgrades such as Kernel Corn's Shotgun Guard that completely changes his playstyle. Game modes include Turf War, which is the standard fare: defend/push the payload to the opposing team's base. And Team Vanquish, which is simply team deathmatch. There are roughly six unique maps per game mode as well. Finally, there’s Graveyard and Garden Ops which are more of a horde mode with turrets to aid you, the closest thing resembling the original game’s premise.

This being the complete version of the game, it’s compiled all the additional content added to the game since its original release on other consoles, and best of all does away with all microtransactions. All unlockables can be earned in-game. This includes entirely new playable characters as well as cosmetics such as hats, gloves, boots, and even full skins. And obtaining one of the many legendary skins is made reasonable from the inclusion of progression charts. What these allow you to do is choose a specific legendary skin and should you fill out all the nodes on the chart (done by using “gems'' which you earn via in-game achievements) you’ll eventually unlock your targeted skin. It’s a grind to fill out one chart so unlocking them all will take time, but when the game itself feels appropriately low stakes, it’s nice to always have something to work towards and be rewarded with, guilt-free. Being able to unlock this wealth of content gives a worthwhile reason to come back and test out new characters, too, of which there are 23 in total. 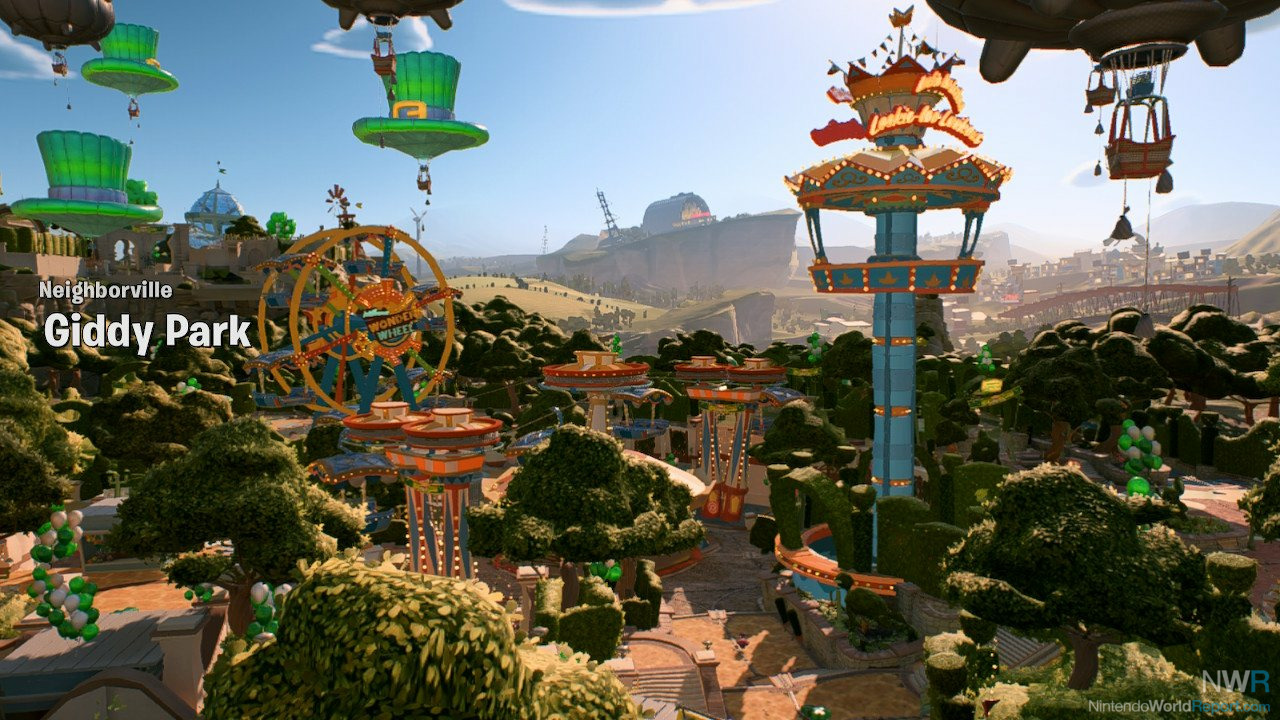 The transition to the Switch hasn’t been a seamless one, though. Heavy compromises have been made, and strangely this is one of those games that I feel performs better handheld than docked. Frame rate keeps up most of the time to the game's pace. Thankfully, it’s more often that you see dips due to the sheer numbers in the single-player mobs; multiplayer is for the most part stable. However, the majority of in-game cutscenes are ugly, with heavy texture and effect pop-in, alongside massive frame drops.

All in all Plants vs. Zombies - Battle for Neighborville is a worthy timesink if you’re looking for a fun, lighthearted multiplayer shooter. It has its issues running on the Switch but there’s nothing game-breaking. Though its single-player offerings may quickly wilt, you’re still likely to find yourself digging this one up time and time again.