Bamerang is the freshmen outing for Lululu Entertainment, a small Zurich based game studio. If this is a sign of what’s to come from Lululu, then they are a team to keep an eye on. They have created a local couch co-op party game that’s easy to learn for gamers of any skill level. While your mileage may vary, there is a spark of brilliance in the pure simplicity of Bamerang. 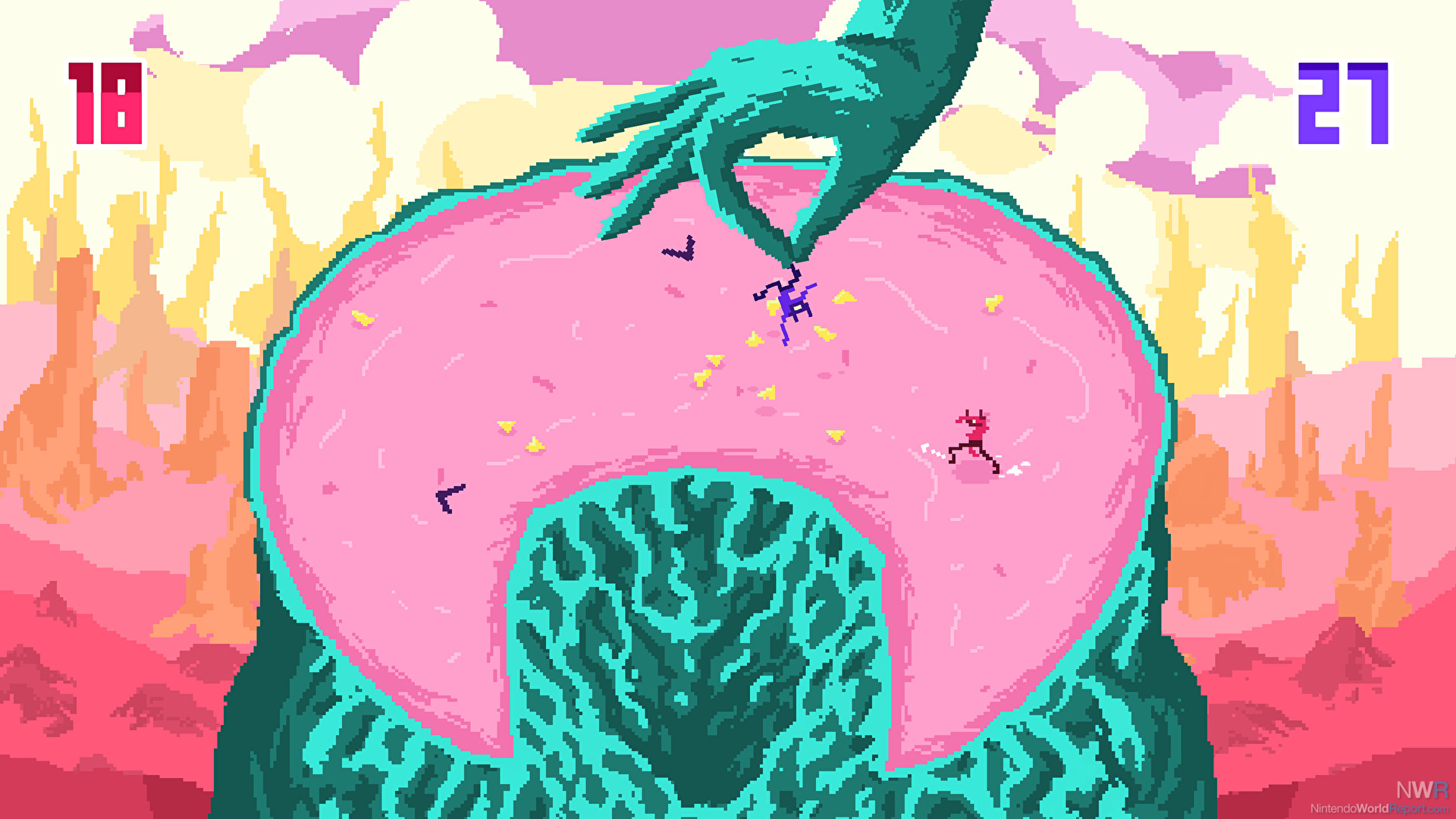 The game begins by players selecting their colors. Two to four players local only here, so bad news for you single players as there’s no options to be found. Each player has a boomerang they can throw either in a left or rightward circle. The throws can be charged for further trajectories as well. If you throw your boomerang and lose it, pressing the X button three times will respawn it to your hand. Boomerangs can be picked up off the ground as well.

The overall goal is gold and lots of it. Triangle shaped pieces of gold drop from the sky into the arena, and it’s a mad dash to collect as much as possible. The arenas are smaller, style-varying shapes that keep the action tight but not claustrophobic. With players scrambling to gather the gold, the boomerangs add wild cards into the mix because if you are hit by one, it can send your gold flying. You don’t drop all of it, but enough to swing the tides of gameplay. Also, if you are knocked or fall off the map, a giant hand of the gods brings you back, but not before shaking some of your gold out of your pockets. First to 30 pieces of gold wins the round. 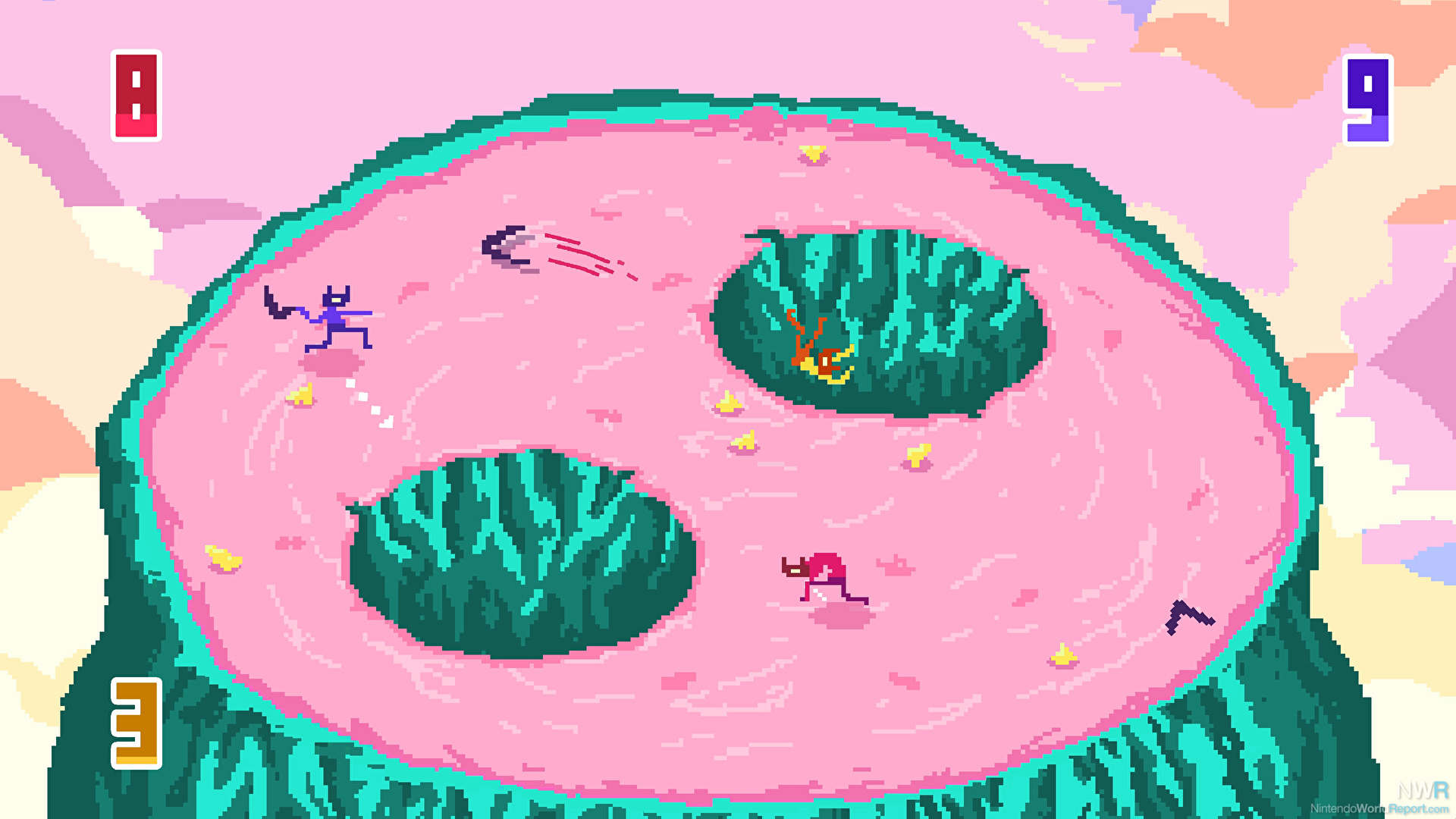 The character animations are twitchy to emphasize a spastic movement in the players, and the motif is ritualistic tribes people as each round is judged by giant deity like hands whom keep score. The art has an almost Claymation quality to it. After each round, the arena ascends higher into the atmosphere until a victor is crowned and handed the golden boomerang down by the gods. The gameplay can get hectic with 3 or more players but in a Covid-19 world, 1v1 matches aren’t where the game shines. The matches can have a fun back and forth tug of war feel to them but it’s not consistent. If one player finds a good strategy, it’s easy to get frustrated or worse yet bored.

Seeing some online functionality with an increase in player size could really ratchet up the chaos but as of right now there’s only the single mode with no customization on the matches. This means the fun is a fixed quantity. You will know how much fun you can have with this game relatively quickly because options are limited. There’s fun to be had, but only in specific circumstances and even then in short bursts. Like it’s name implies, Bamerang comes and goes in your memory as quickly as it came. A good party game that shows promise, but is best used as a warm up for other activities.