Stick Figure fighting party brings the chaos to the switch

I like to think of myself as a party game aficionado. While my spouse has a closet full of board games, I always have a drawer full of XBOX controllers and a steam library full of crazy indie games. One of my all time favorites was Stick Fight: The Game. A physics based multiplayer fighting game published by Landfall Games. Now with its release on the Nintendo Switch, you can bring the party to your home console. 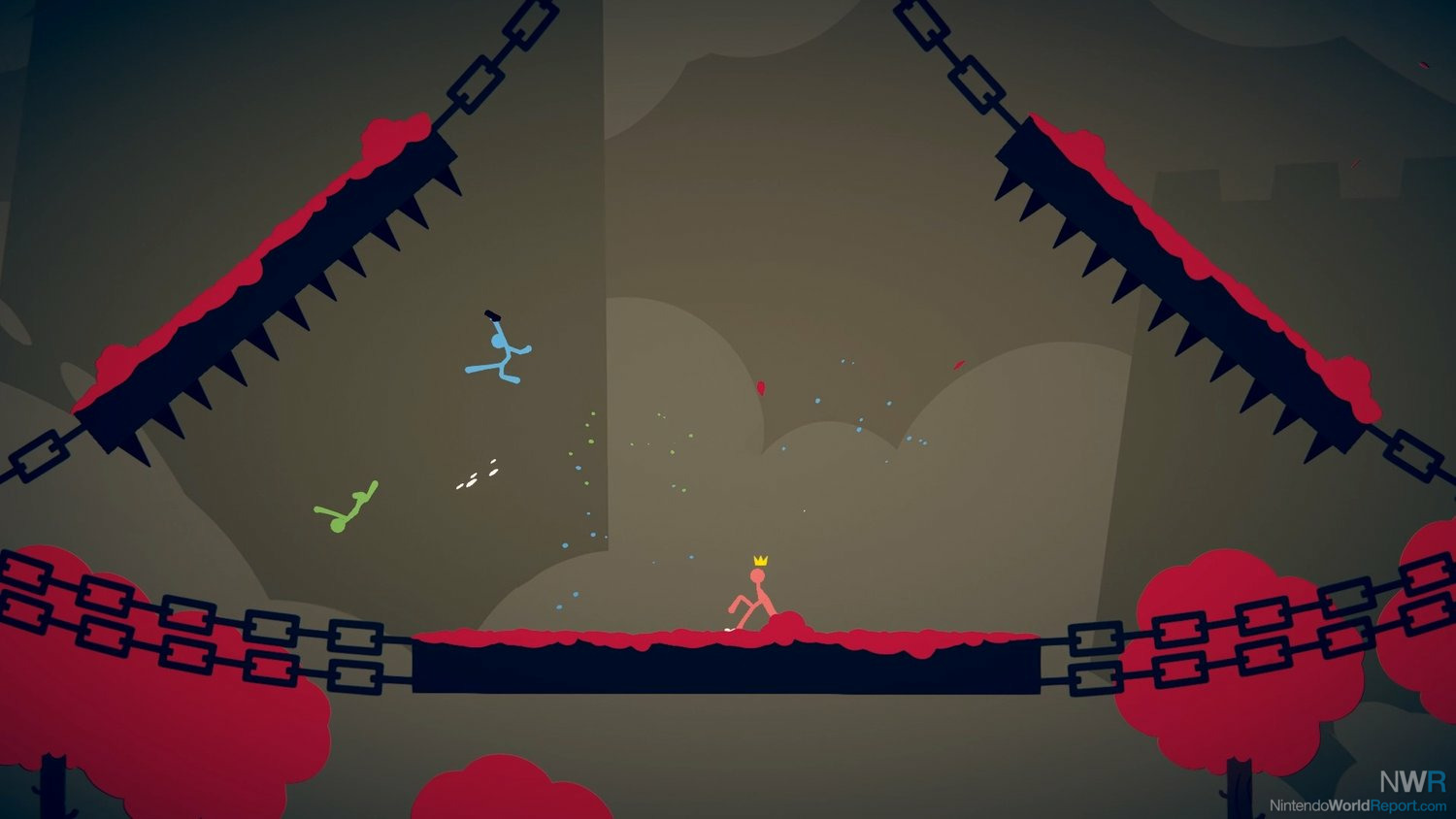 The aim is to kill your friends, but the game has such a rapid turnaround that it’s hard to get mad when the action just keeps rolling. The players each get a stick figure character. Bare bones art but fluid movement. The stick figures are well animated with floaty jump physics. There’s a regular jump, double jump and even a wall jump to expand upon your movement options. After that there’s a grab/attack and a block that has a cooldown to prevent constant blocking. The controls are simple enough that anyone can jump in and get the hang of it, which is good as there isn’t a tutorial at all.

Once you’ve established your randomly generated colored stick figure, you’re placed in a flat platforming arena to battle it out. The players have health pools but they are not shown which heightens the intensity. Punches are wild and hard to control, which is okay as very quickly, weapons are dropped into the field. Spears give your hits extra range and the knife lets you use a dash attack. Winning is being the last stick figure standing, whether knocking your friends off screen to their death or taking their health to zero. 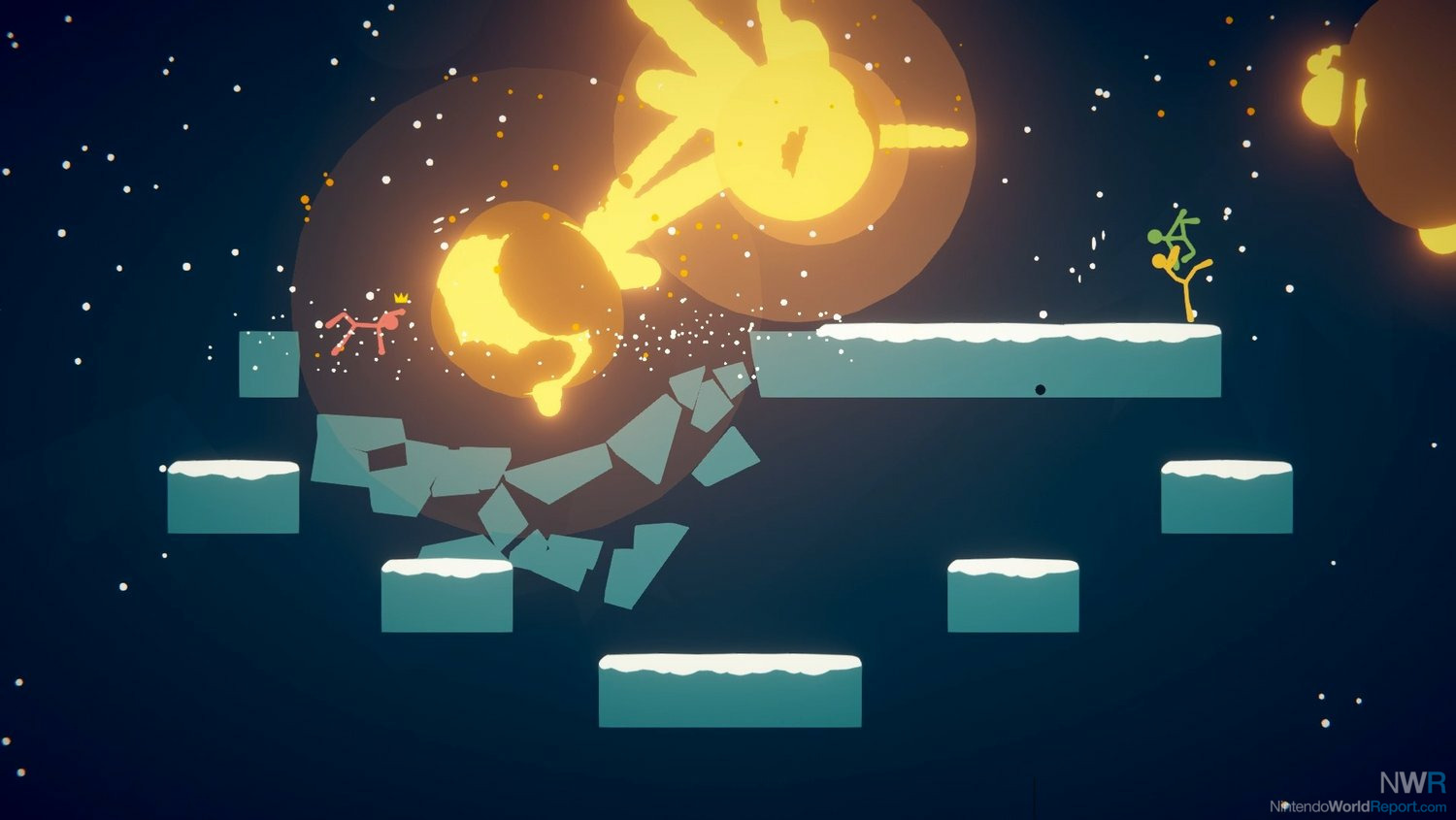 Now guns are truly what shine here. There are a wide swath of guns that range from pistols to full bazookas. Each is hard to master, with aiming being on the right stick and having cartoonish weight to the shots. Shooting a shotgun will toss you around wildly but a bazooka will send you flying off the screen to your death. There are also variations on the weaponry with snakes, yes snakes. Guns can also be snake guns. Shooting long floppy snakes that will wrangle themselves around you and overwhelm you to a slow death. Getting a snake minigun will fill the stage with snakes, and the game changes to who can get eaten slower. 1v1 is a very strategic cat and mouse game, but 4 players is free-for-all chaos. The amount, and which weapons are all variable in the settings if you’d like to customize the fun.

The stages can be randomized or move in a progression depending on settings. They range from a basic flat space, to lava fountains that kill instantly. The variability keeps you guessing. Some give you themes, like making a random player into a boss beast that needs to be killed to continue, or a volleyball space with the ball ready to explode on a timer. There are even randomized intermission levels where you are still killing each other, but there is text across the top of the screen giving updates on who’s currently in the lead. There are a lot of stages to go through so it’ll be a while before seeing repeats. Once every person is killed, the stick figures are picked up and placed onto the next stage to start all over again with little room for a break. Since there is only one mode for the game, over time the gameplay can eventually feel flat making this a one trick pony. Even if that one trick is done very well. Online works well, creating a lobby to invite your friends or joining other lobbies for some quick online combat. 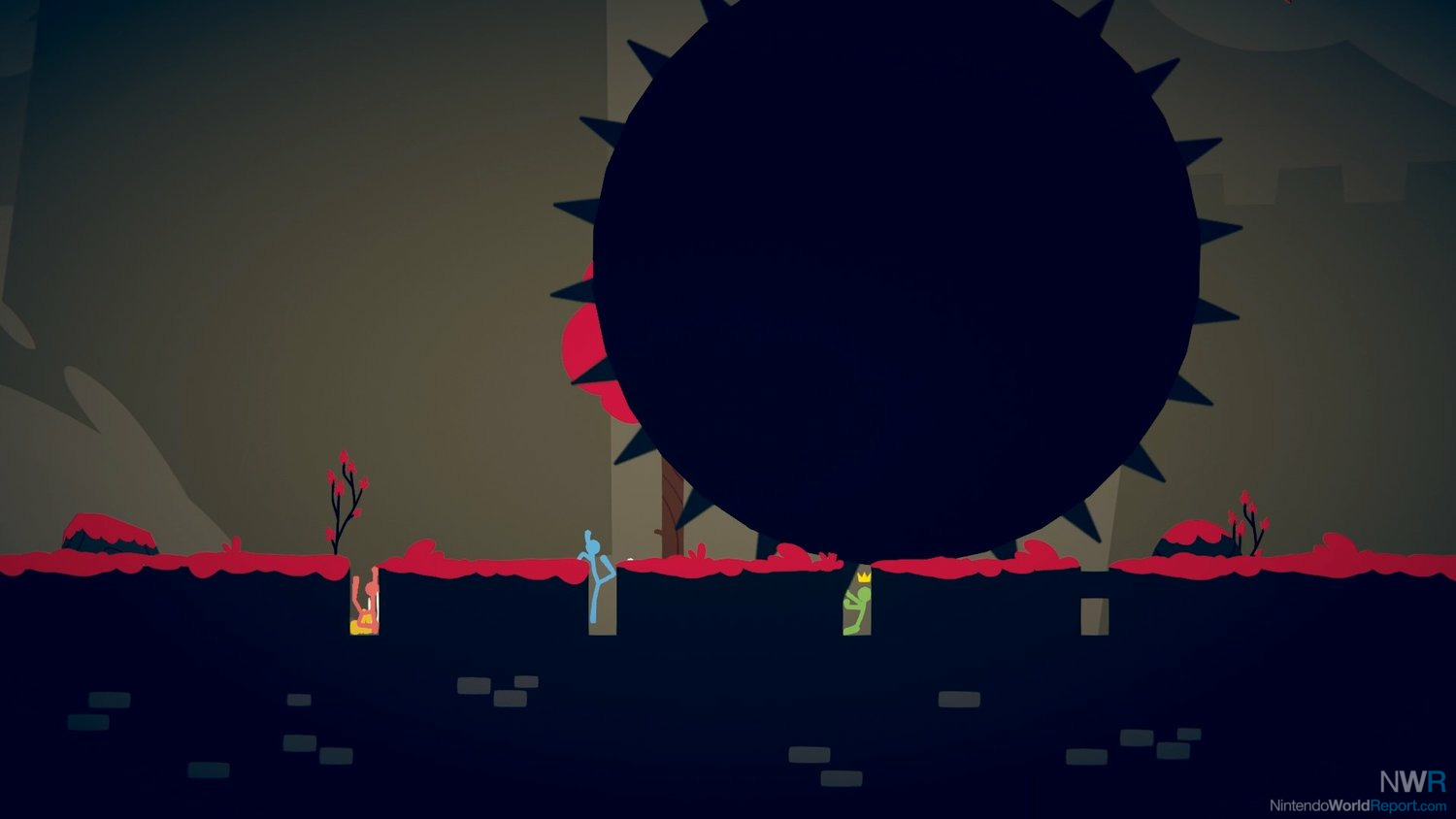 In my time with Stick Fight, I did hit an occasional hard crash but they were few and far between. Otherwise the gameplay stays fluid with little to no slowdown. Unfortunately they did not include community generated content but this is a fantastic indie party game that fits perfectly on the Nintendo Switch. Stick Fight is a great way to jump start any family gathering… minus the guns and violence.