Soulslike port not ready for Switch

Hellpoint is the newest Souls-like to come to the Nintendo Switch. With it comes the staples of the genre: hard as nails combat, precise movement, refillable health items, epic larger-than-life boss battles, and shortcuts that connect to bigger areas. The differentiator here is the sci-fi mixed with hellscape motif, a mysterious story of cyber gods, and a looming insanity infection. Even though it does its best to stand out, Hellpoint rarely does enough to feel anything other than generic. 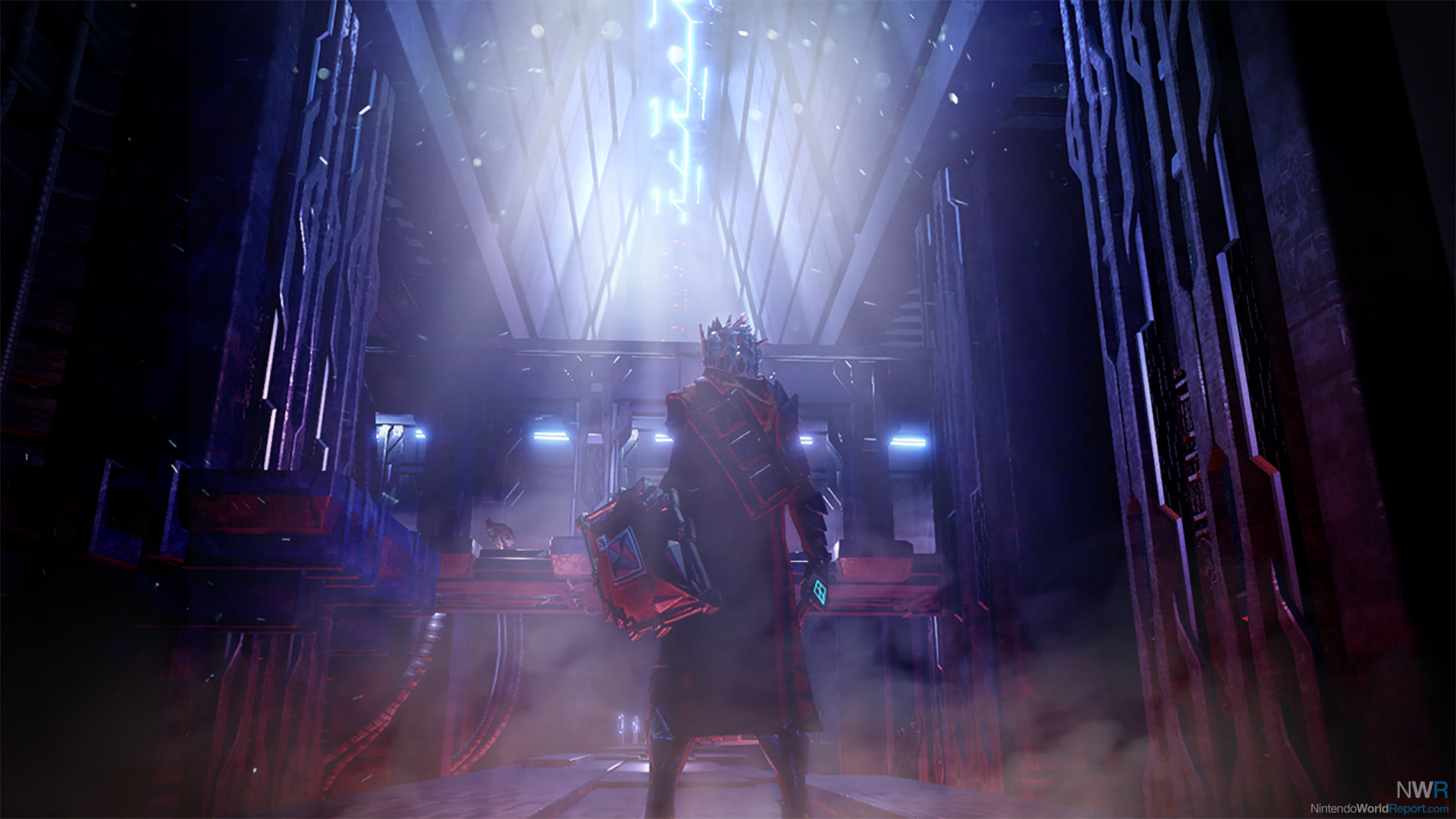 The story starts by giving you a general message that you are a Spawn, a faceless entity created by the Author whose purpose is to explore the derelict space station Irid Nova. The previous inhabitants have all gone mad from a cosmic event called the Merge. The story is told from sparsely strewn messages and NPCs with cryptic dialogue that rarely feels direct. You will encounter a cavalcade of bosses that require a lot of precision and skill, or the occasional bugged positioning where they get stuck in one spot. Other than that, the environments blend together and the same greyscale metallic background makes up most areas with little variation. These visual elements definitely make navigation an issue, but the sections are at least separated by title cards and load screens so that can be a saving grace when backtracking. The action is a balancing act of precise movements and committed attacks. Dodges and rolls are utilized heavily while swings of the weapons lock in animation, making each one feel like a risk. These all use up stamina, a finite resource that recharges over time. There’s a life bar and an energy bar as well for more magic-based maneuvers, but each is precious as the main healing injector only refills on landed hits or death, lending a risk/reward feel to combat. Death is the leading mechanic, with every new try feeling like another opportunity, but now new knowledge has been gained. Trying again hardly feels like a chore, but doing so after an unfortunate casualty caused by game stuttering is frustrating. The Switch cannot handle the action and it shows very early on. Handling two enemies at a time seems unfair when you also have to deal with frequent framerate drops. 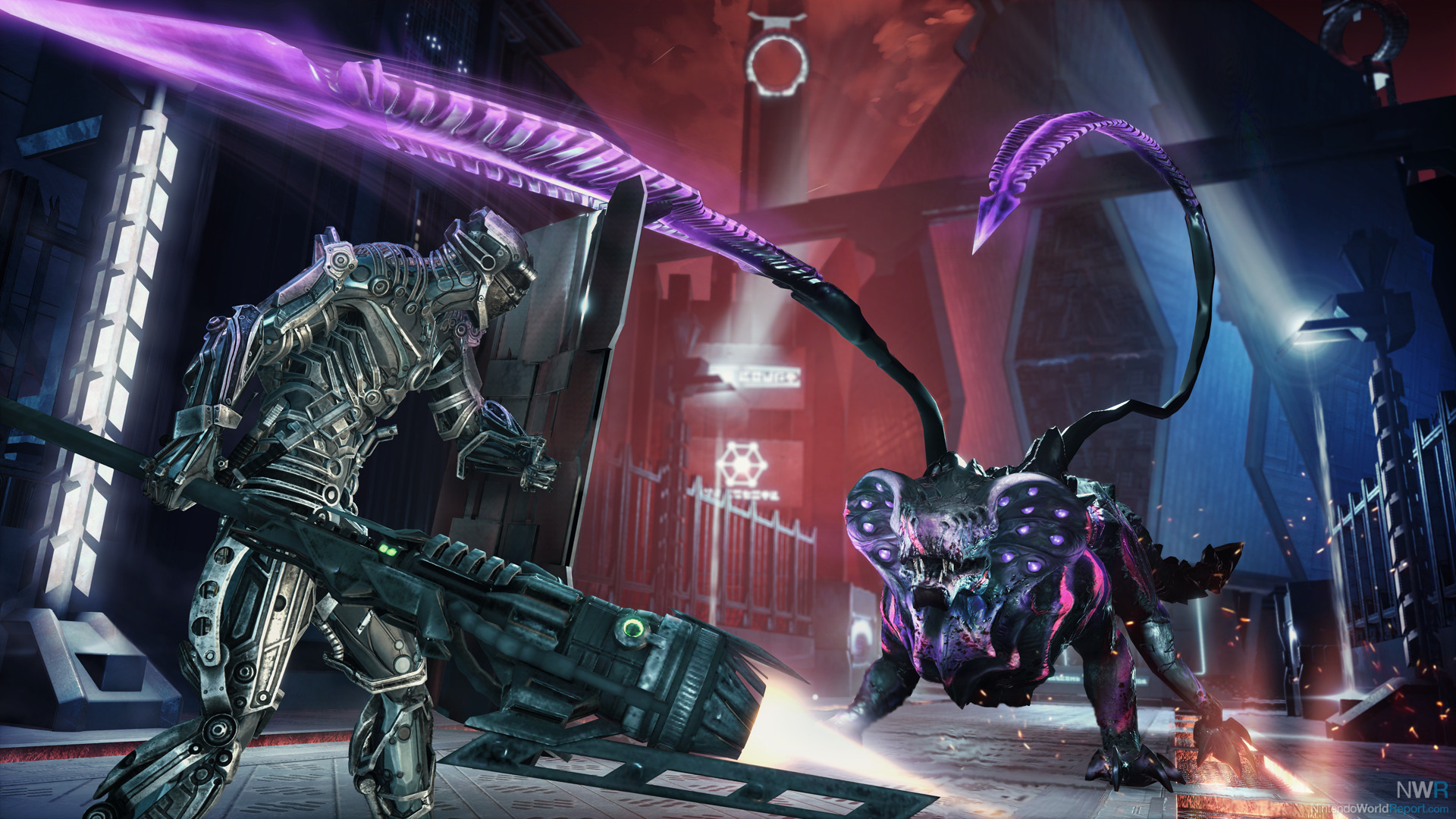 Exploring the maze-like halls of the not-so-abandoned space station is made more treacherous with its in-game invasion and black hole system. Taking a page from other From Software games, players can invade your game to cause chaos and attempt to kill you. This can spice up the action or severely inconvenience you away from your current task. New players to the Souls series may be confused as it’s not well explained until later. Throughout your play, there is a secondary glyph image near the lifebars that changes over time. This represents the position of the black hole, and depending on the positioning the titular “Hellpoints” can open up spawning waves of enemies posing a forever threat, which also can be largely ignored, funny enough. Experiencing a “Hellpoint” was rare (especially if you put the system into sleep mode frequently) and an explanation is hardly provided, at least one that isn’t just confusing.

Progressing through the story takes less time than your average Souls-like, with my final count coming closer to 20 hours, but that should also mean the bosses and story would need to be more unique. Unfortunately, Hellpoint doesn’t succeed in that category. The boss design isn’t distinct enough, and that is accentuated by the graphical downgrade that’s been taken here. It wouldn’t be unfair to compare this Switch version with the XBOX 360 as harsh edges are smoothed and muddied. Along with that the font treatment is TINY and very hard to read. There aren’t any options to increase font size, so in handheld mode it was very difficult to read the dialogue and lore pieces. The story has great ideas, but it may have been more beneficial to have a more straightforward approach to feature the story beats more prominently. The overall narrative with the Author directing the Spawn to collect data by fighting his way through cosmic demon gods only works if people are aware of it. The Merge could have been a fantastic catalyst for a story if I didn’t have to decipher it from story clues. There’s a lot of Souls-like influence here, but that is one trope the developers could have avoided. 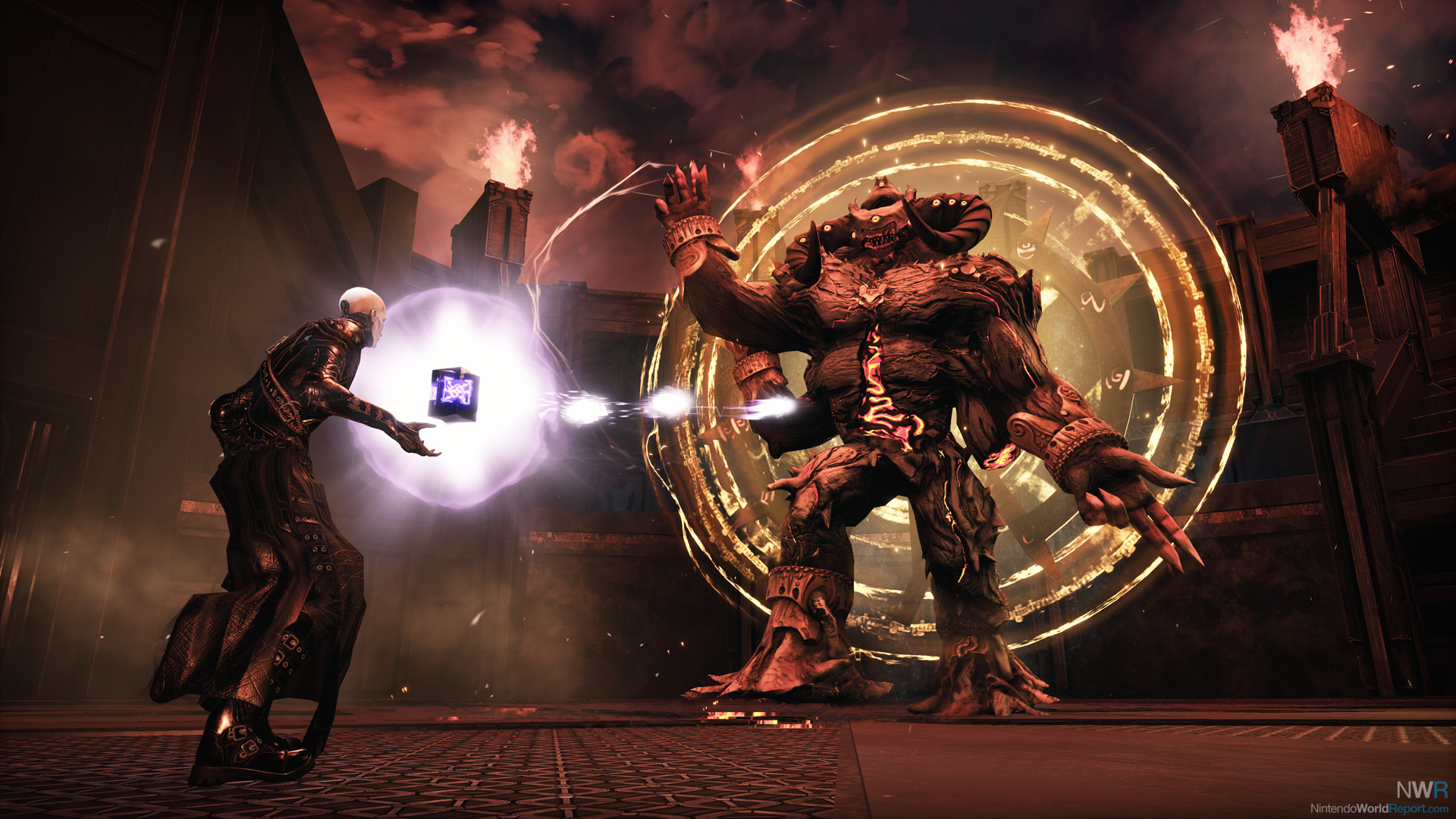 Hellpoint is an action RPG that takes a lot of inspiration from the Souls series. While the combat is engaging, the framerate is a major detraction. Hiding the story as breadcrumbs in hard to find logs or cryptic messages is detrimental to what could be an interesting story. As well, the environments and enemy design did little to stand out overall. The bugs, framerate drops, and rare crashes were present, but as of this review the developers have plans to address these issues in future patches. While this is a new addition to the Soulsborne genre, there are far more successful examples out there. Fans of the genre may want to look elsewhere.