A Hades by any other name

I can’t tell if Curse of the Dead Gods’ timing is flattery or unfortunate, having released briefly after Hades made such a big splash in 2020. Hades’ initial release was as an early access game in December of 2018, whereas Curse of the Dead Gods’ early access period started in early 2020, and is releasing on February 23. That said, Passtech Games’ release on Switch is going to draw comparisons because of the similarities between them—both are dungeon crawlers that evoke celestial beings as the story vehicle.

Curse of the Dead Gods leans on that skeletal structure of roguelike dungeon crawler. You’ll do multiple runs of its ten courses, each with its own unique layout of catacombs full of monsters, traps, and gold that is visually reminiscent of something like The Mummy. For each round, a branching path gives both a sense of how many rooms need to be completed before the end boss as well as what kind of perks you get by completing the room. Those include gold, purchasable attributes, alternate weapons, and health rooms. The individual rooms of a run are a series of hallways and open areas, most of the time hosting a battle.

The combat foundation is what feels most distinctly like Hades. Your basic tools are a melee attack, ranged attack, dodge, and parry. Parrying deflects a monster and makes them briefly vulnerable. In action, you’ll be chaining together moves and mixing in dodges and parries to create opportunities for dealing damage. You can collect and swap weapons as you find them, which switches up the play style. If you don’t want a particular weapon, they can be offered to the gods for gold. Buffs and health can be gained in the corresponding dungeon rooms, payable with either gold or a blood sacrifice that inflicts curse damage on you. 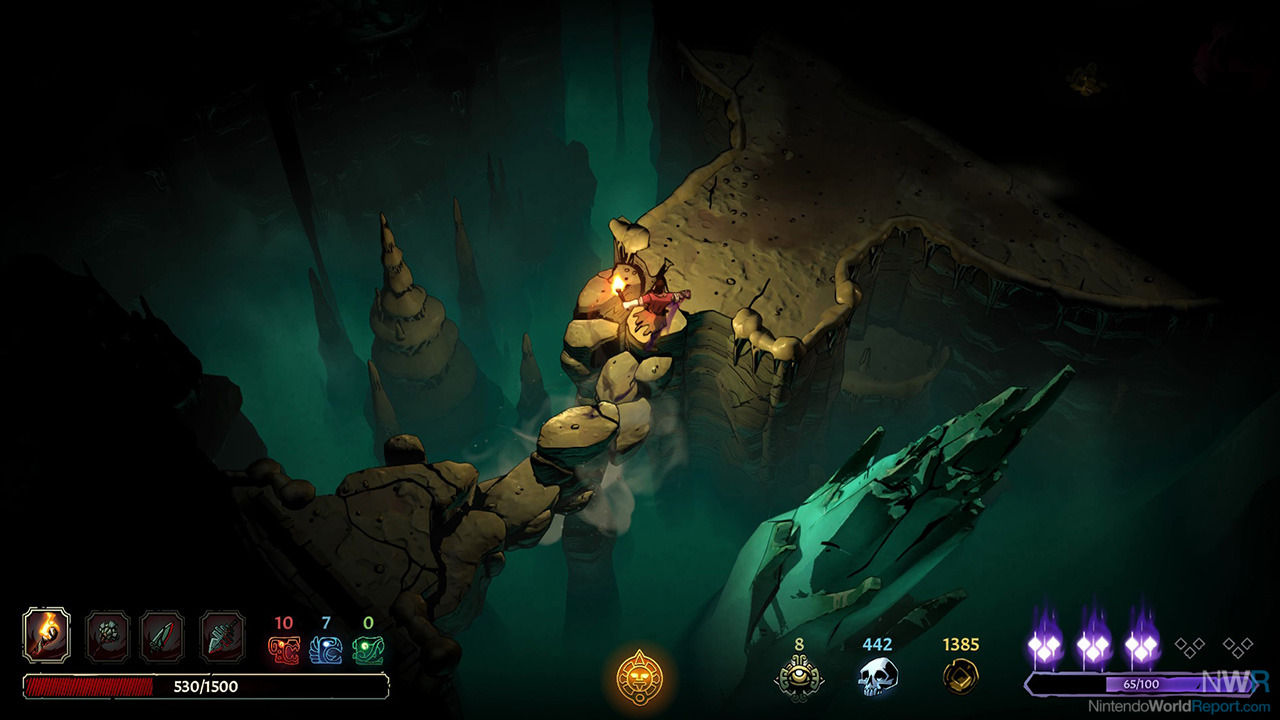 That curse meter is one distinction that adds a neat twist to the formula. This meter fills from some enemy attacks, offering a blood sacrifice, or simply passing on to the next room. Once the meter goes past one hundred, a new curse afflicts you. These debuffs stick with you for the run, and can range between gold disappearing quickly off the ground to enemy resurrection and trap power-ups. The feature really helps give the game a nice bit of risk/reward to actions you take. Just be ready to see your character get cursed over and over and over again. Additionally, light plays a big part in gameplay. You carry a torch with you, which both acts as another melee option but also allows you to light fire pits along the way. Light is your friend; it makes the mostly dark rooms visible. If you let the light extinguish or stay in the dark, monsters get a power advantage over you. A neat idea in theory, but things can quickly become fraught with danger if fire pits get broken by enemy attacks and you’re left swinging in the dark.

Upon completion of an area (likely after several failed attempts), you’re taken back to the level selection hub zone. Here you can purchase and assign blessings, a purchasable buff that is permanent for as long as it's equipped, unlock weapons that increase the pool that can drop in levels, and choose between different starting weapons before jumping back into the depths. The audiovisual presentation works well for its premise. Creepy ambient sounds are heard throughout, which increase in tempo whenever danger is present. The ancient temple motifs, while fundamentally not much different from each other, feel distinct due to the different color pallets and backdrops they utilize. If Hades is the high watermark, then this doesn’t reach it, but Curse of the Dead Gods is perfectly fine for what it’s attempting to do. 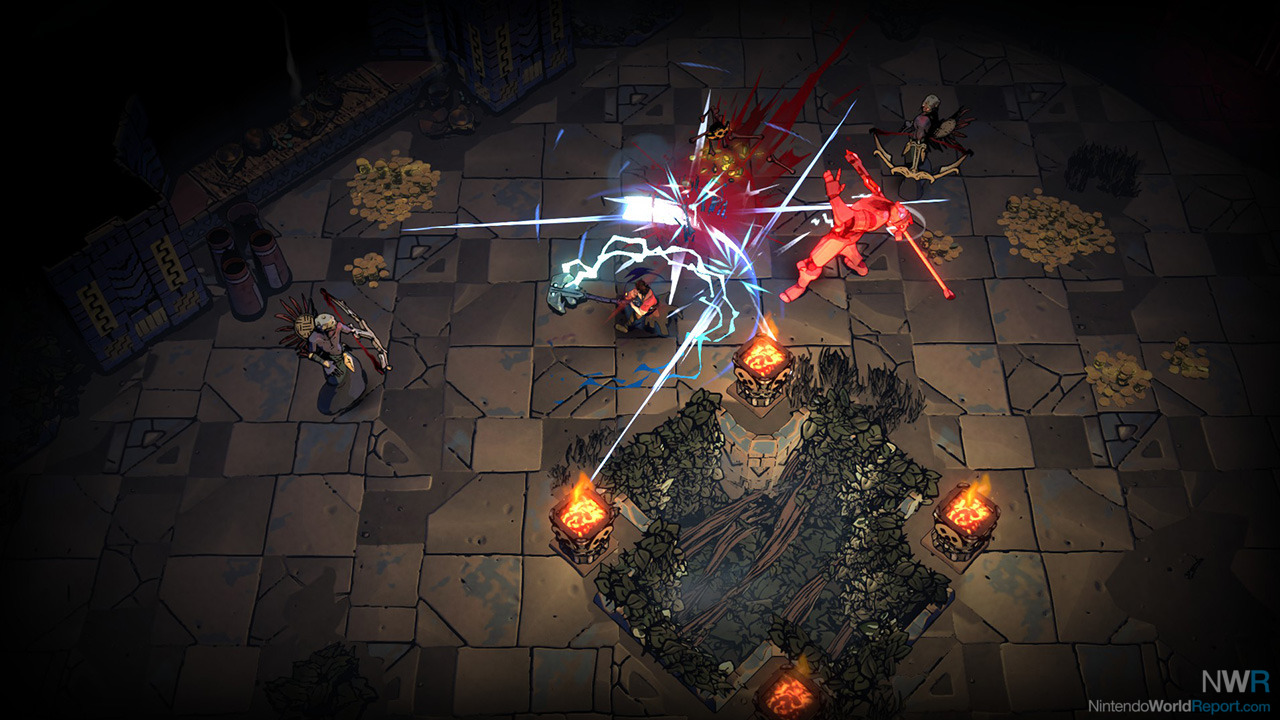 Curse of the Dead Gods could have easily been an also-ran to solely capitalize on an upcoming release that has a lot of buzz (think Antz to A Bug’s Life). Instead, I’ve been greeted with a roguelike that, while definitely sharing DNA with other dungeon crawlers, has enough interesting backdrops with a few neat combat ideas to make it its own. Curse of the Dead Gods’ unique features don’t all hit dead-on, but what’s here is a game that while not as refined is still plenty of fun in its own right.