Oh, Torchlight 3, what to do with you? I’m a massive fan of Diablo and the many titles it inspired, with the Torchlight series probably being my favorite of the bunch. I had a great time with the first two titles, and it was even a great gateway to get my daughters into the genre’s style of play when they were younger without all of the more graphic elements of the Diablo series. I’d heard that the third title had a rocky time through its development process, at one point looking to go more of an MMO route and even considering being a free-to-play, so it’s understandable those plans and a lack of consistent direction would have had a negative effect on the final product. I’m just sad to see the depth of the problem, particularly on the Switch. 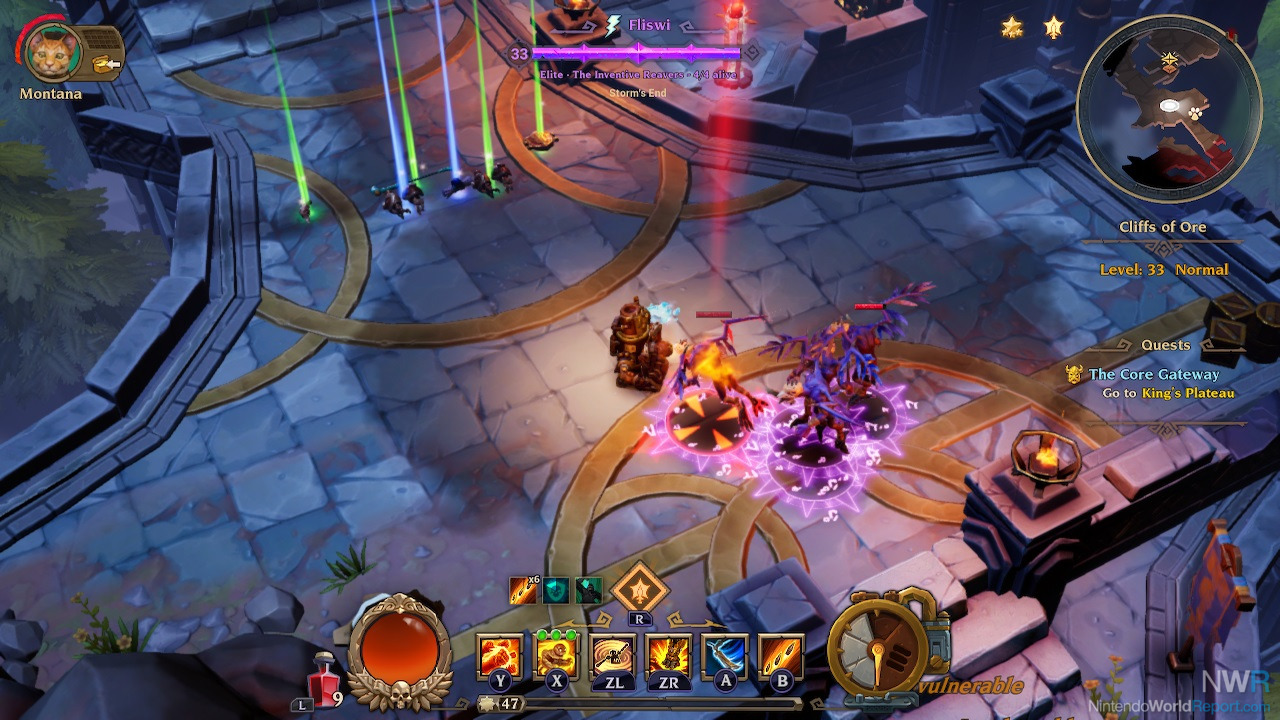 Starting with the positive, I will give some credit for the creative assortment of initial characters you have to choose from, mostly appearing to fit into the typical genre archetypes but showing some surprising core variety. You can tank it up with a shooting locomotive in tow, amp up your pet game with your archer, or viably go with melee for your mage among other things. The downside to that is in the end, the full fruits of that initial promise falling short, with a bit too much filler and redundancy in the overall skills area where build diversity is concerned.

The disappointments don’t quite stop there though, in pretty well every area there are shortcomings. The camera is quite pulled out, likely showing the MMO influence, making the action harder to appreciate and handheld play a bit of a challenge. There are elements like bounties that really feel tacked on and more like daily free-to-play grind tasks. When the enemy mobs get bigger the performance can start to chug and get choppy. The slow accumulation of these issues as you play just chips away at the enjoyment and does add up the more you play

Just in terms of the big picture of the overall experience Torchlight 3 has sort of a Frankensteined-together feel, lacking in cohesion and polish. Given the presence of not only Diablo on the platform, but other strong contenders like Victor Vran that deliver a more exciting experience, unfortunately this Torchlight entry just fizzles out a bit.