Break out the melee with Breakpoint.

To have a generic name like Breakpoint, you would really have to stand out from the crowd. With that in mind, I am excited to report that it stands out in a chaotic mess of neon explosions. This game takes a classic arcade trope and adds a unique spin that is bound to bring the die-hard shooter fans and newbies alike. 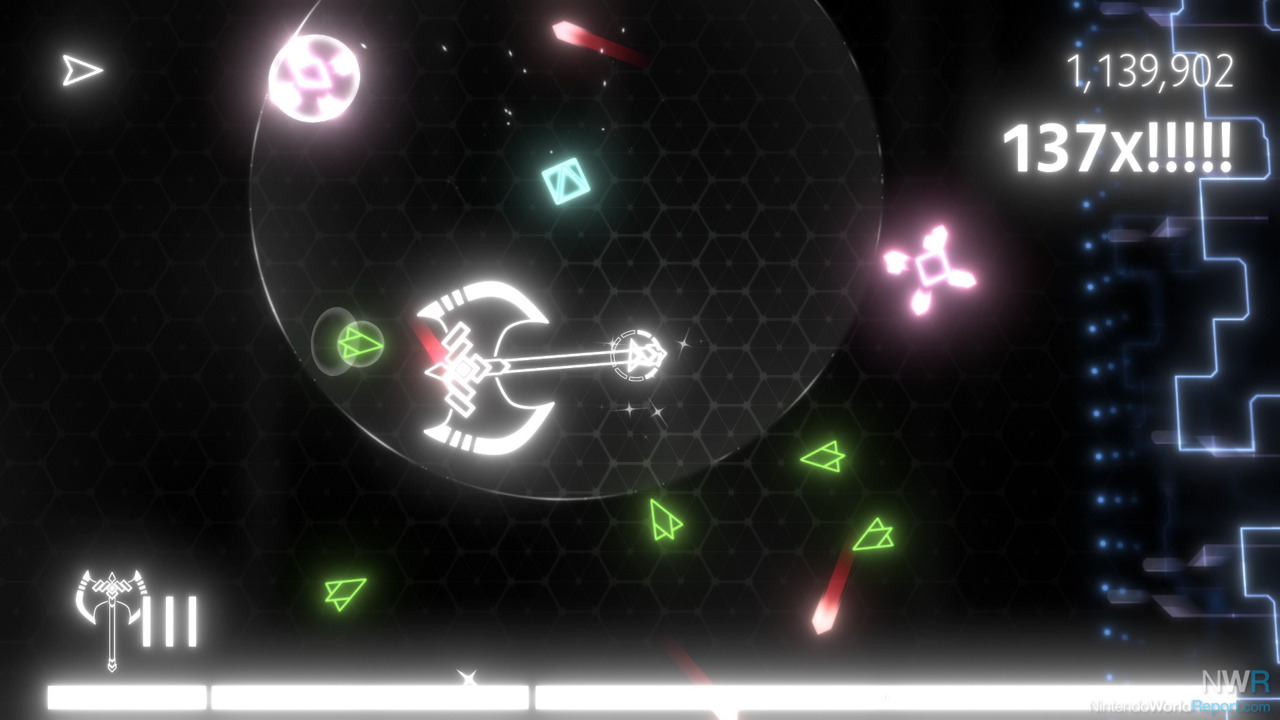 Breakpoint is a top-down space shooter by way of Asteroids or Geometry Wars. You are an arrow ship on a square grid playing field. Neon wireframe enemies come out at you in waves. The attacker ships range from the green weak enemy fodder to more armored yellow rockets that leave a light trail that cannot be crossed to box you in. The enemy variety isn’t vast but has enough to stay fresh. The waves get increasingly more intense and are semi-random based on kill combos, leading to screens absolutely packed with enemies with no end in sight.

What makes this unique is that you are given melee weapons to dispatch your adversaries. These weapons include an axe, broadsword, double daggers, war hammer, and spear, each with a unique light or heavy attack that also differ as each level up. The weapons feel vastly different with pacing and style. Hammer attacks are slow, but provide a wide range of damage while the daggers are quick and precise. They have pros and cons for sure, but the variety encourages experimentation. I had initially stuck with the axe, but when I was deep into a run with a 18x multiplier score with the spear, the game truly clicked with me. Each weapon has its merits, and none give the impression of being overpowered, presenting a good balance. 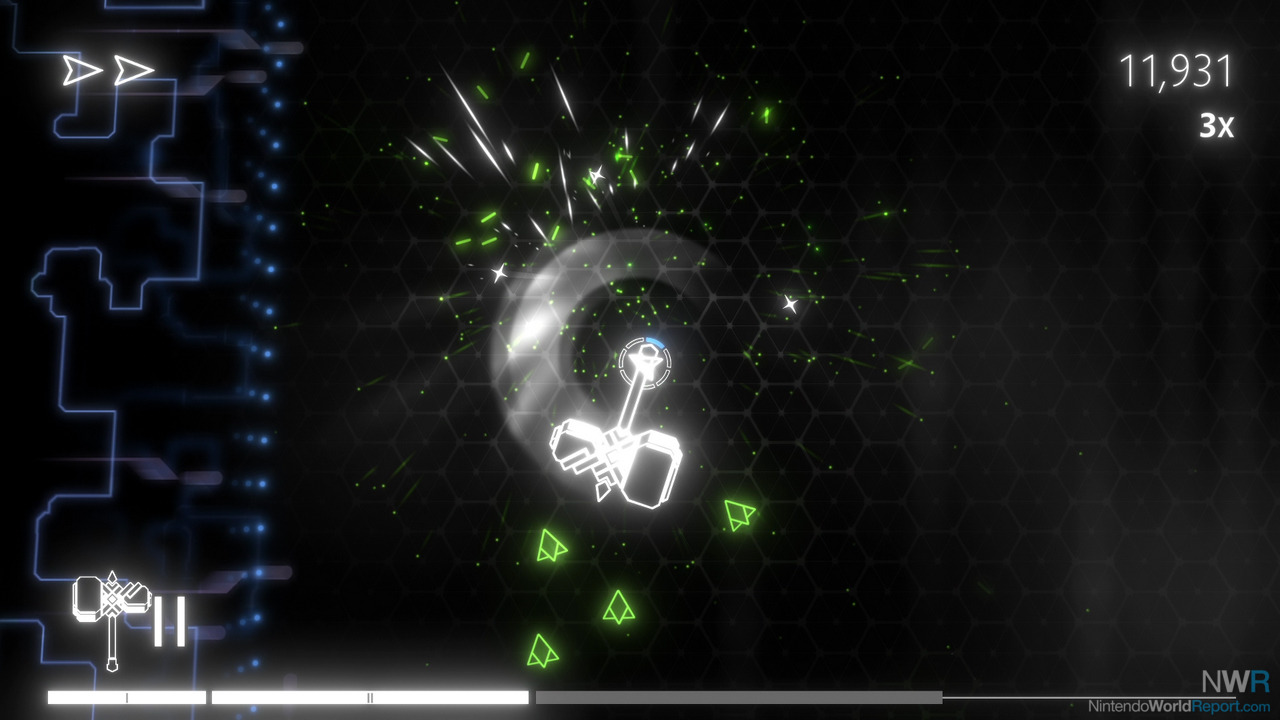 Leveling up the weapons consists of gathering glowing lights left in the wake of killed enemies but there is something that offsets constant leveling up: the titular breakpoint of each weapon. The more attacks that connect with an enemy build a “breakpoint” gauge. Once you fill the meter, your weapon explodes in a large radius showering the screen and enemies in lights and force that can destroy large groups. This mechanic can be used strategically to time your breakpoints with a large group to clear the screen efficiently and save you in case of being overwhelmed. This also resets your weapons level, so while your axe may swing wider and hit more at level 3, that meter is still looming to give a massive blast that will send it back down to 1. Along with the weapon breaking, you can also perform a thrown weapon attack that doesn’t leave you defenseless and will play towards your breakpoint meter. It always felt so satisfying to throw your weapon into a large crowd of enemies to have it explode in the middle leaving nothing but dust in your wake.

This push and pull gives way to a fantastic mad dash and a high score leaderboard complete with a catchy electronica dance track that gets more intense with each passing enemy. While the song remains the same, it only highlighted the on-screen action without becoming annoying. That being said, the game only has a single mode of high score challenge. See how long you can last and compare to the only leaderboards both local and global. The pick-up-and-play addicting nature of this makes for fast restarts and little-to-no tutorial needed but could do with a set level mode, time attack, or challenge mode to give some variety in the gameplay.

Breakpoint brings an addicting and fast-paced arcade space shooter to the Nintendo Switch with neon colored action and a catchy techno soundtrack to boot. There isn't much else as far as modes, but the fast restarts can make anyone an addict in short 5 to 10-minute bursts. If the leaderboards do not entice, then the personal challenge to best your high score may be enough to keep bringing you back, if only for another quick run.