A board game adaptation primarily for those who already know the board game.

The best thing I can say about Charterstone’s new digital Switch release is that I’d really like to play the board game it’s based on. Charterstone is a legacy board game, meaning the game changes and evolves as you play it. Unlike other legacy games, like the Risk and Pandemic variants, this one was built from the ground up to be a legacy game. That makes the translation to a digital format appealing, since all of the new tweaks and modifiers added over time are kept track of, making it easier to hop into a game mid-campaign. However, the Switch version of Charterstone has a clumsy UI and some sluggish inputs, making the overall experience tougher to get into. 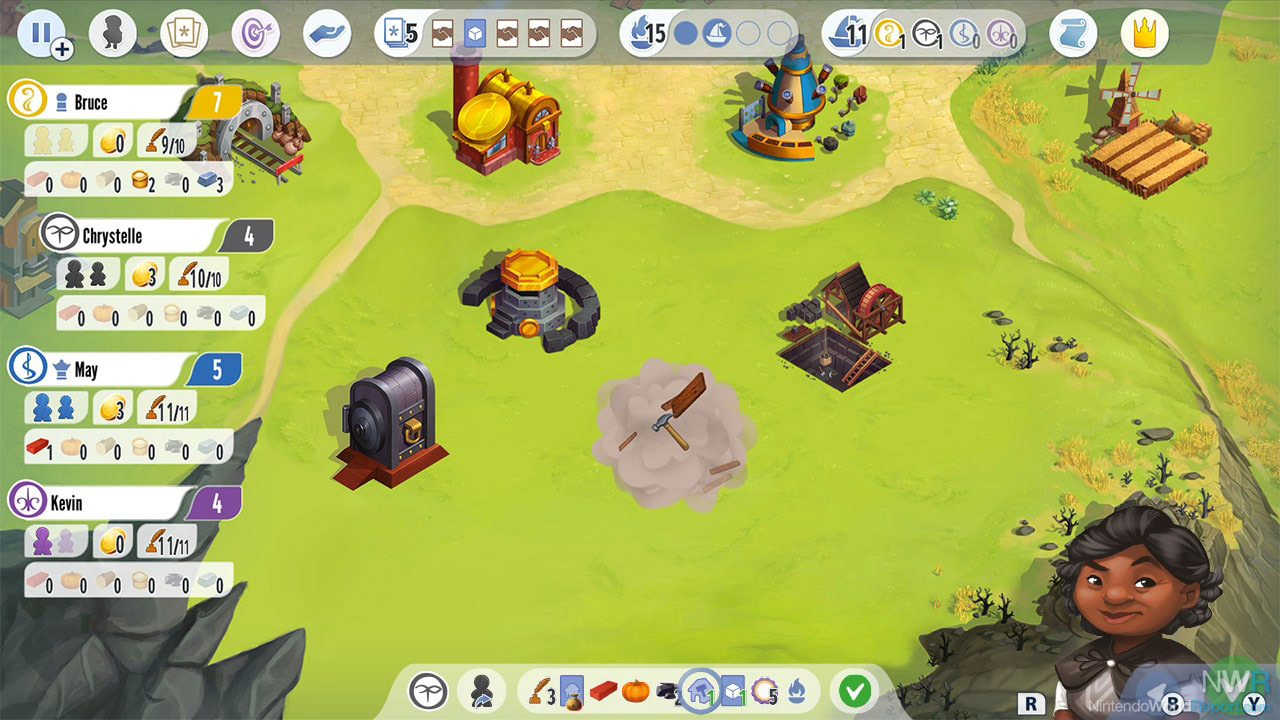 Even with the technical drawbacks, those familiar with Charterstone will probably get more of a kick out of the digital version, which streamlines the play and speeds it all up. If you want to sit down and learn the game, though, have courage; it’s not well explained. I came into this game having an interest in the board game but never having played it. Starting a game, I was greeted with a wall of text and a confounding interface. I eventually made sense out of it, but that initial experience wasn’t fun. When I tried to get people in my household to play with me locally, they all bounced off of it hard; the barrier for entry was too high.

The multiplayer experience does warrant some celebration. Hot-seat local multiplayer is effective, working with up to six players. My few matches online ran fine, even working cross-platform with the already-released PC and mobile versions. But once again: if you’re not familiar with the game and its rules going in, it’s a high learning curve. Even when I had a handle on the clever twist of worker placement on display here, the experience was muddled. It’s the myriad of little things that add up, like the button for “confirm” changing between the A and R button constantly or AI-controlled character turns going so fast you have no idea what they’re even doing (which factors more into newcomers being lost). Even technically it leaves a little to be desired. I never experienced any crashes, but sometimes menus wouldn’t disappear (or would just randomly disappear). While the graphics are colorful, it’s not a pleasant interface. It’s never that intuitive as to how to access parts of the screen. 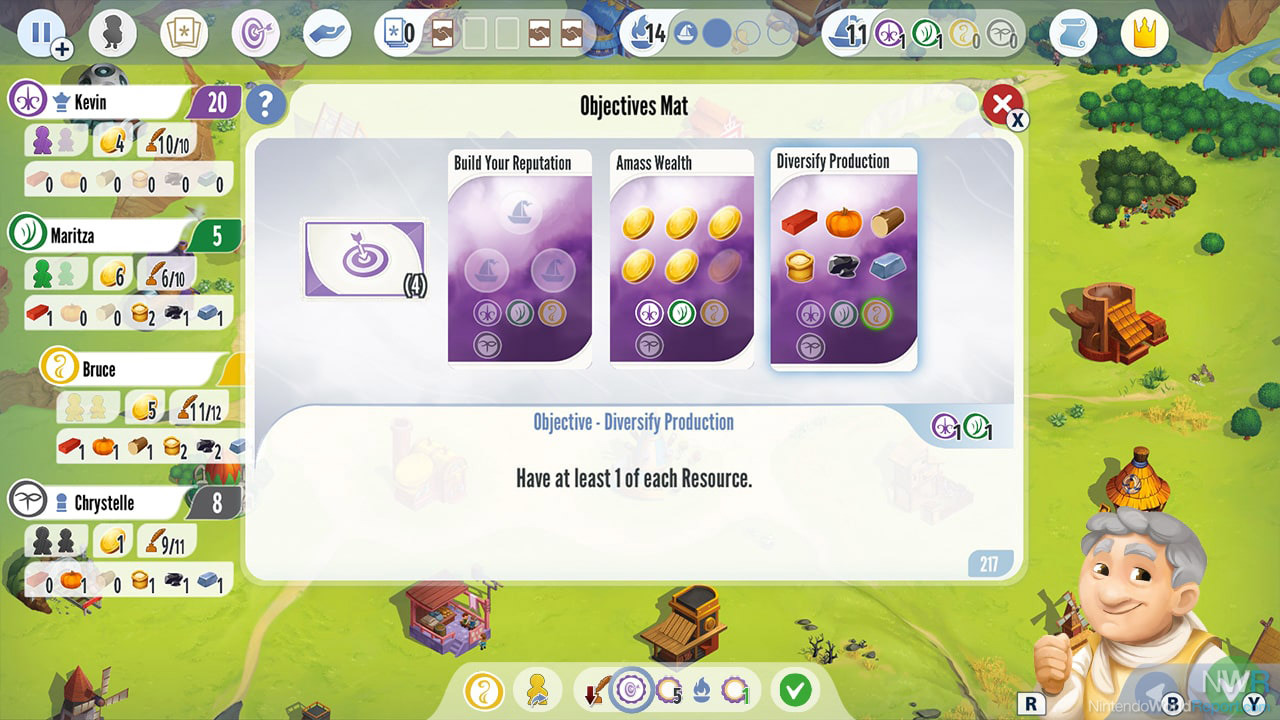 Chartstone is emblematic of too many digital board game adaptations. This is primarily for those who are already familiar with the game and its rules. Coming into this blind is a bad idea. Heck, playing this locally with newcomers is a challenge unless you have someone on hand to explain the game in detail. Charterstone appears to be a fun game that I someday look forward to playing in physical board game form. Maybe then, I’ll be able to revisit this digital incarnation with friends and enjoy it far more.